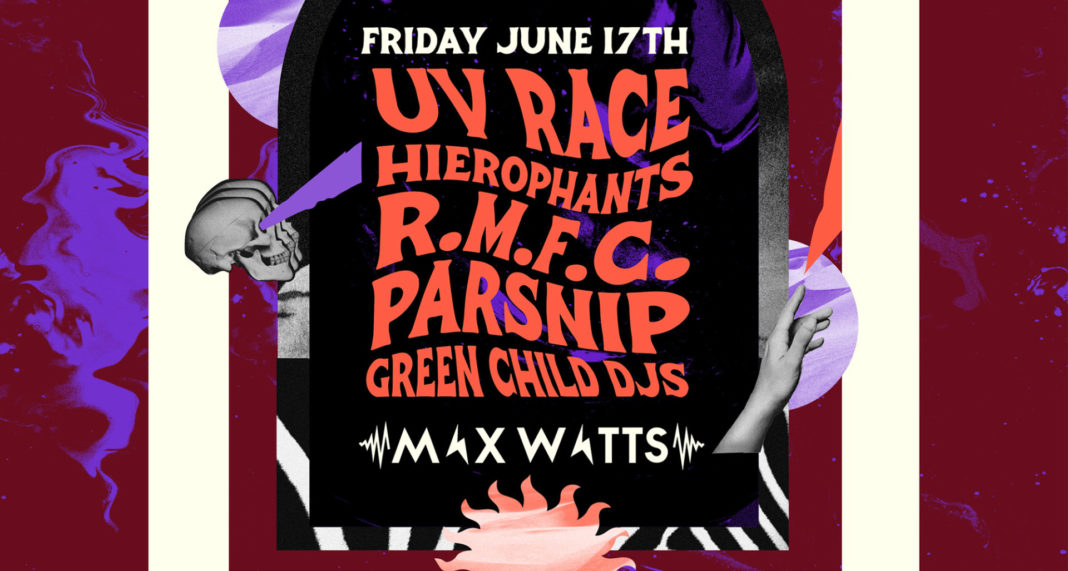 Young Henrys live music series is hitting the ground running in Melbourne, thanks to their good friends and local tastemakers, ANTI FADE.

Rescheduled from 2021, Best Served Loud is coming to Max Watts on June 17, bringing UV Race, Hierophants, R.M.F.C., Parsnip + Green Child DJs with them for a raucous (and free) night of beer and live music.

Headlining the night will be Naarm-born rockers UV Race, combining the grit and glitter of first-wave punk and pop for a selection of tracks inspired by household rock names like Bad Religion, Ramones and New York Dolls. Keeping the vibes high will be fellow Victorians Hierophants, a post-punk quartet that has been turning heads with their jittery DIY psychedelia.

Taking the stage after Hierophants will be none other than R.M.F.C. The brainchild of the prodigious child genius Buz Avenue and his merry band of misfits, R.M.F.C. will be spluttering chords and chanting hooks all night long. A warning: do not miss this set.

Next up, garage rock ensemble Parsnip. Earning an A+ reputation with their melting pot of indie-pop, the group have established themselves with a stellar catalogue and will most definitely be pulling a devoted crowd come June 17. Finally, transition into the late-night hours with Green Child DJs, aka Mikey Young (Eddy Current Suppression Ring/Total Control) and Raven Mahon, who love their vintage equipment and rock’n’roll almost as much as they love playing with a frothie in hand. Beautiful stuff.

Head to the Oztix page to register for your free ticket to Best Served Loud, Melbourne. 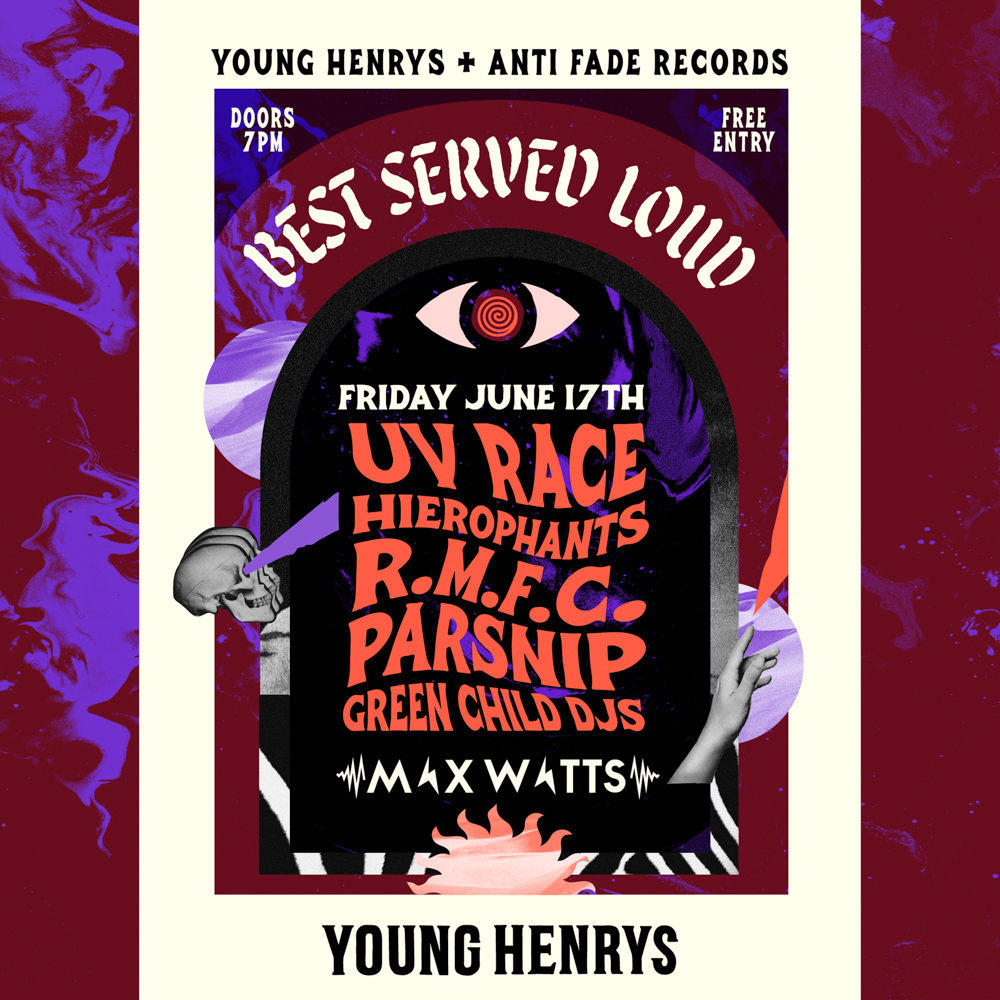