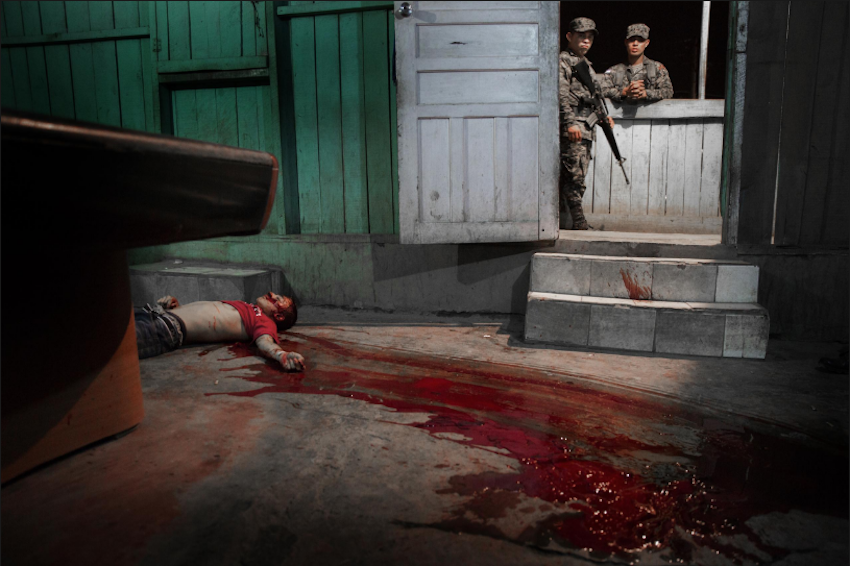 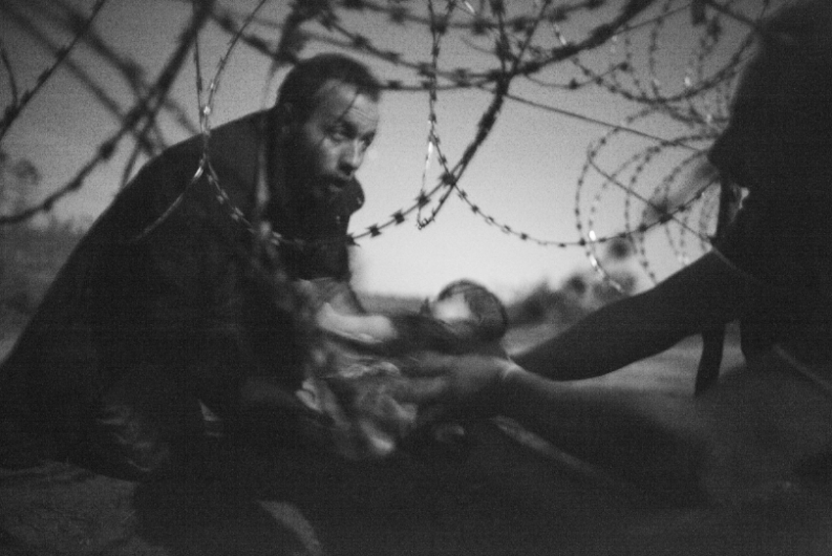 “We played cat and mouse with the police the whole night. I was exhausted by the time I took the picture. It was around three o’clock in the morning and you can’t use a flash … because I would just give them away. So I had to use the moonlight alone.”

Australian photographer Warren Richardson has been named top dog of the 2016 World Press Photo Contest for his picture, ‘Hope for a New Life.’ It shows a baby being handed through a hole in a razor wire barrier, to a Syrian refugee who has already managed to cross the border from Serbia into Hungary.

The World Press Photo Foundation showcases the work of photojournalists across the world, and the exhibition is on right now at the State Library of NSW. Some of the past winners are the most iconic photographs ever taken — the naked girl running down the street covered in Napalm, the lone demonstrator standing in front of tanks in Tiananmen Square, and the monk who  set himself on fire. It’s only in Sydney until 19th June, so here’s just a few to get you keen to see some of the most incredible photos of the year. Don’t be lazy, go see it. 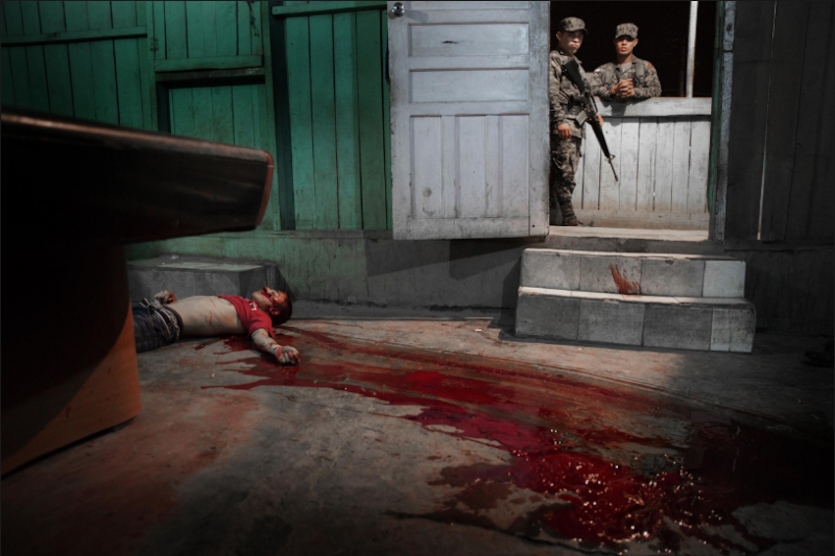 A man lies dead after a gang shoot-out in San Pedro Sula, Honduras. At the top of the world’s homicide list (over 7,000 homicides a year in a population of eight million), most of the violence is gang-related, in a country which is on a transit route for drugs, and where corruption is widespread and gangs wield great power. 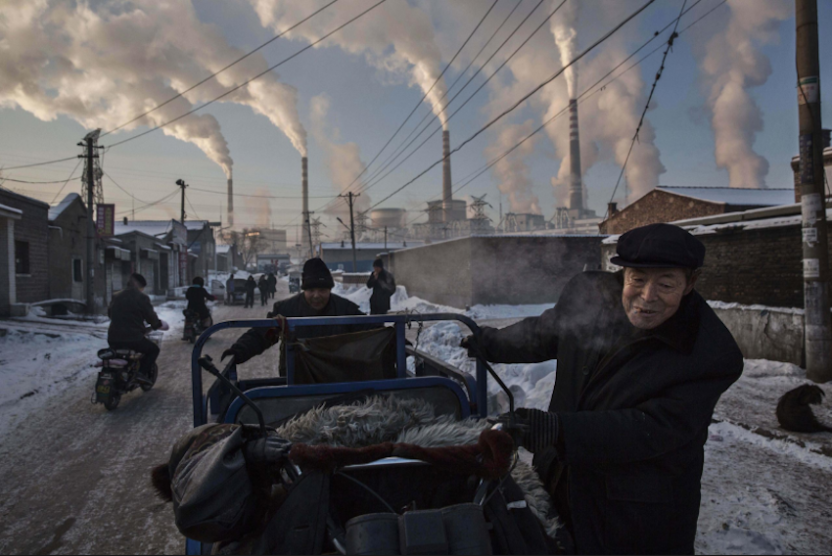 Air pollution is estimated to contribute to around 17 percent of all deaths in China, and a heavy dependence on burning coal for energy has made China the source of nearly a third of the world’s CO2 emissions. 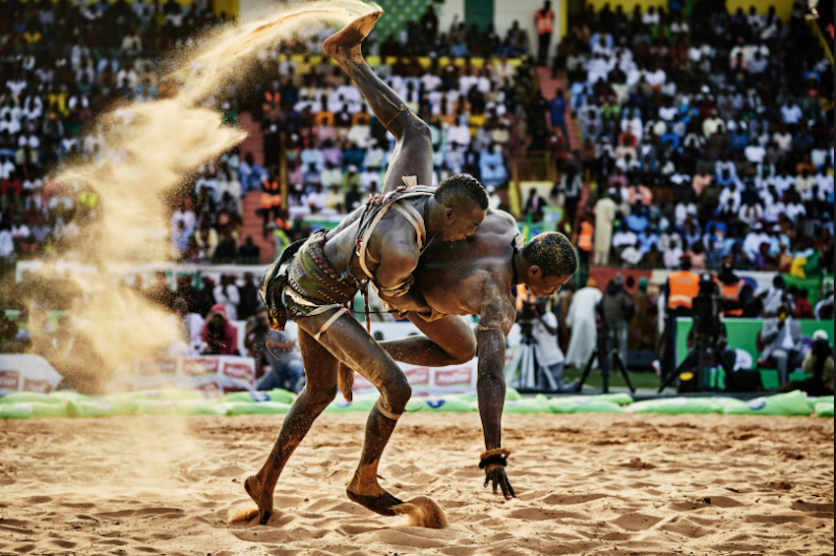 Senegalese wrestling is the most popular sport in Senegal, attracting major sponsors and wide media coverage. Wrestlers can become national stars and extremely wealthy, with top prizes reaching hundreds of thousands of euros. 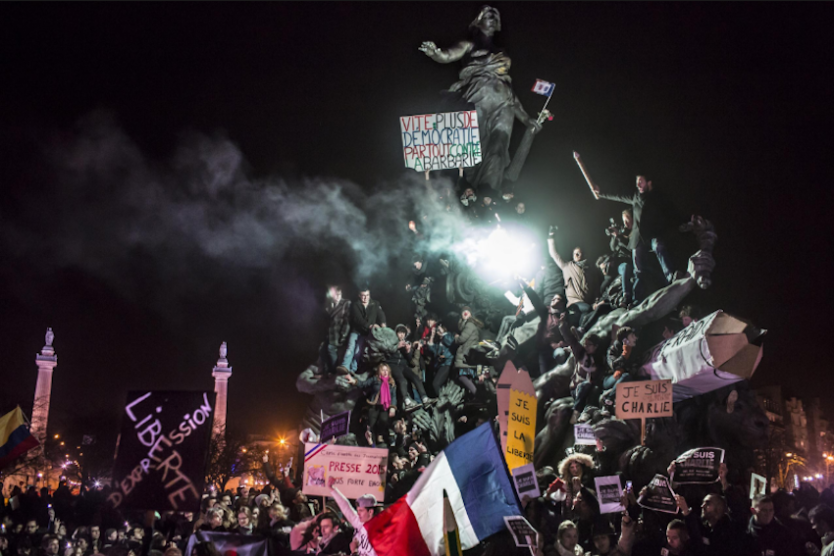 Demonstrating solidarity with terrorist attack victims, somewhere between 1.2 million and 1.6 million people attended what was the largest public rally Paris had seen since liberation from the Nazis at the end of World War II. 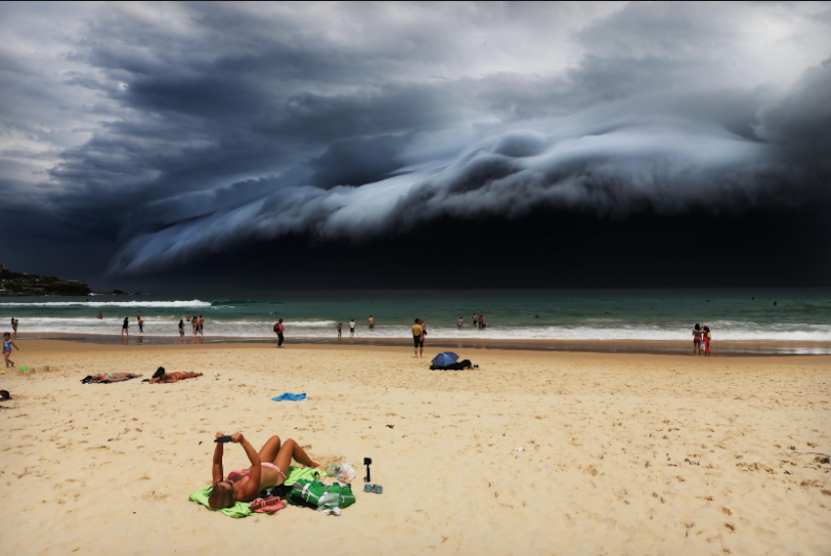 One of Australia’s apocalyptic storms, coming in on Bondi Beach. 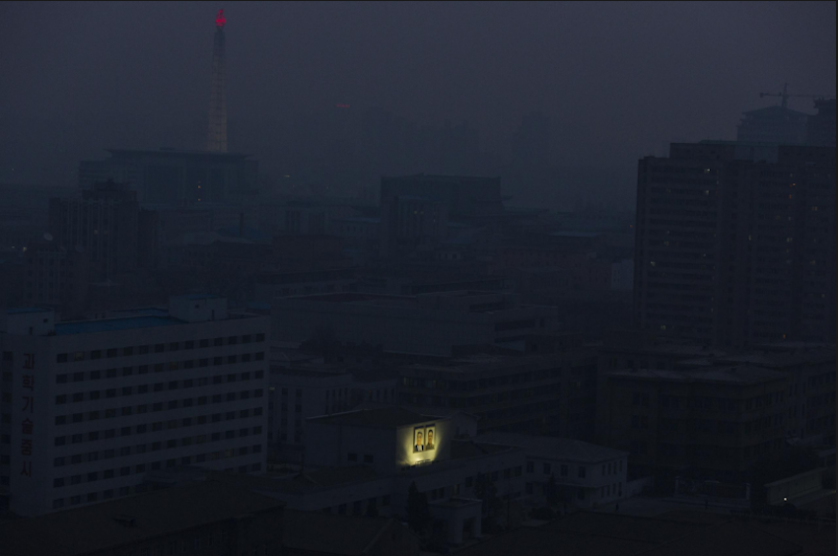 North Korea: Life in the Cult of Kim, David Guttenfelder 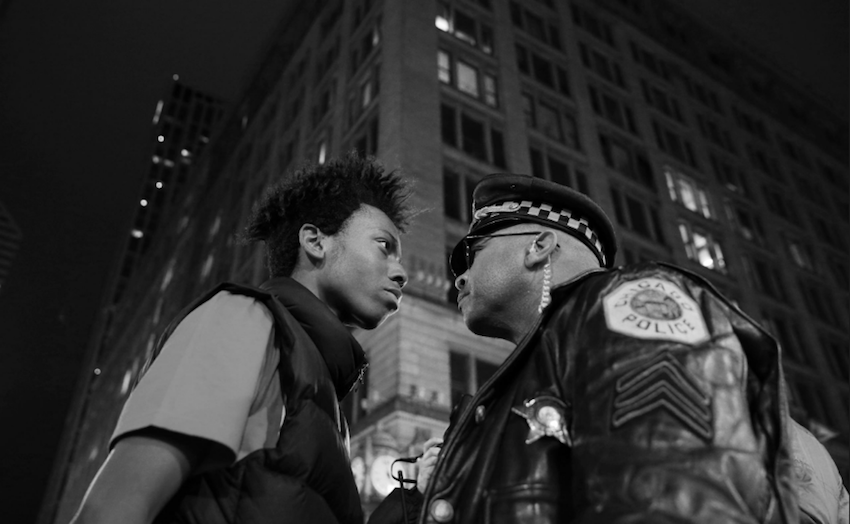 A protestor stares down police in a march against police violence, in the US. 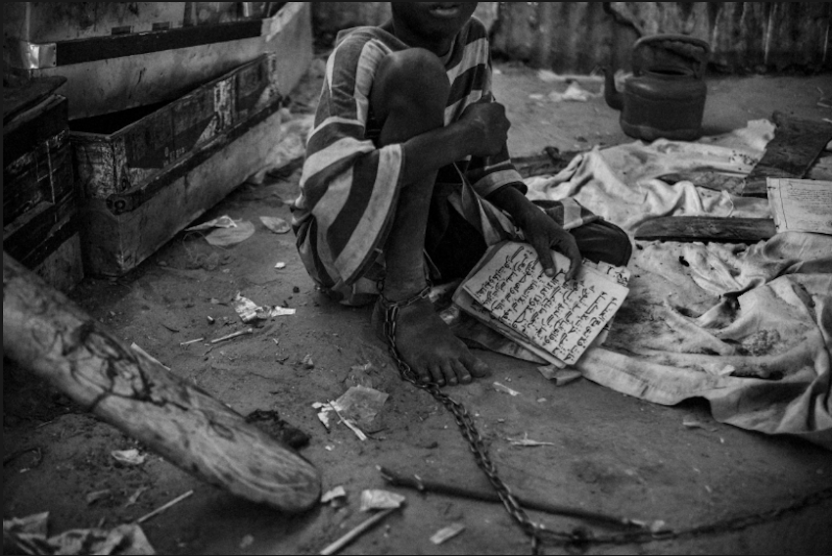 Koranic boarding schools in Senegal give children a religious education, but in reality many of the pupils are beaten, sometimes kept in chains for hours on end, forced to beg and some are the victims of child-trafficking. 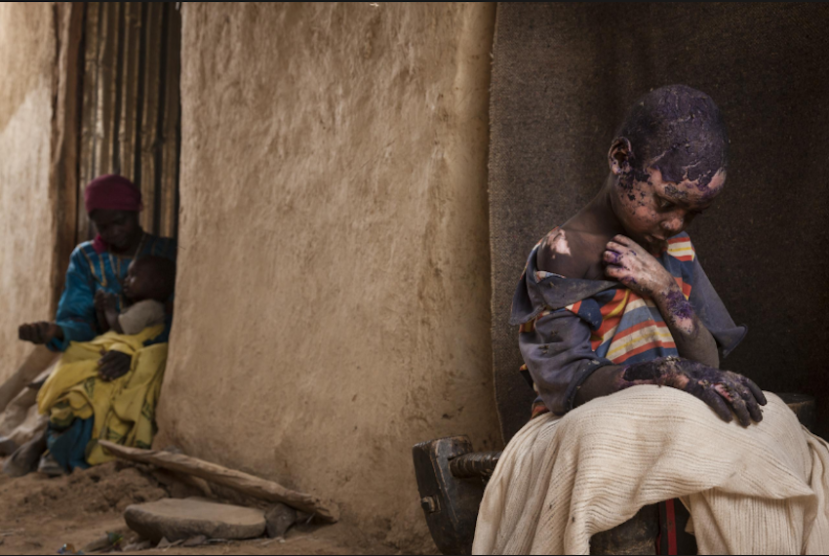 This 7 year old Sudanese boy was badly burned when a bomb dropped by a government plane landed next to his family’s home, in rebel-held territory in Darfur. Adam was blown out of the house by the force of the blast, and his clothes caught fire. Hundreds of thousands of people have been killed and millions displaced since unrest broke out in 2003. 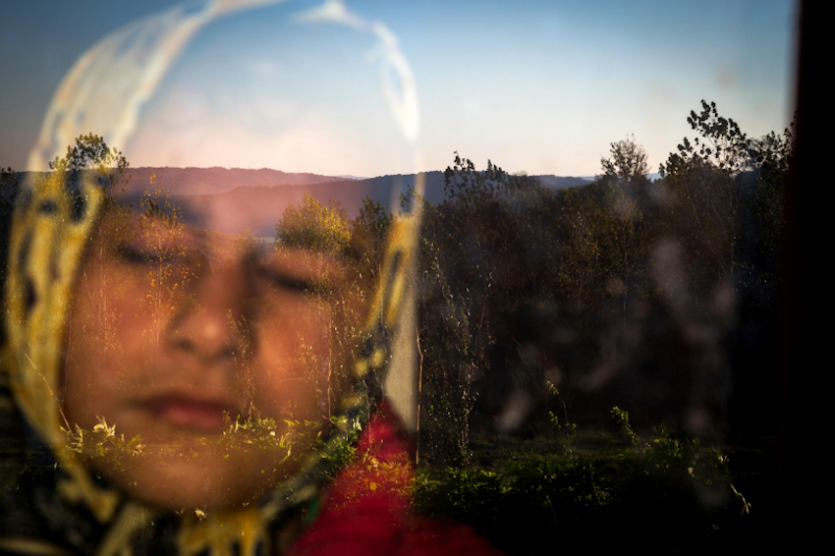 Into the Light, Zohreh Saberi

Raheleh (13), born blind, stands behind a window in the morning. She enjoys the warmth of sunlight on her face in her village in the north of Iran. 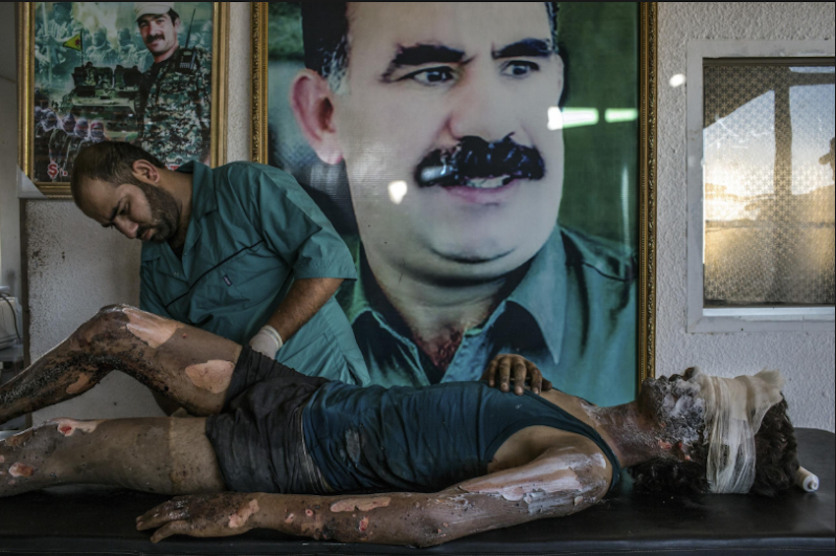 A 16 year old Islamic State fighter has his burns treated by the Peoples Protection Unit (YPG) a Kurdish group that opposes IS, and who also carried out the ambush on the truck in which he was riding. 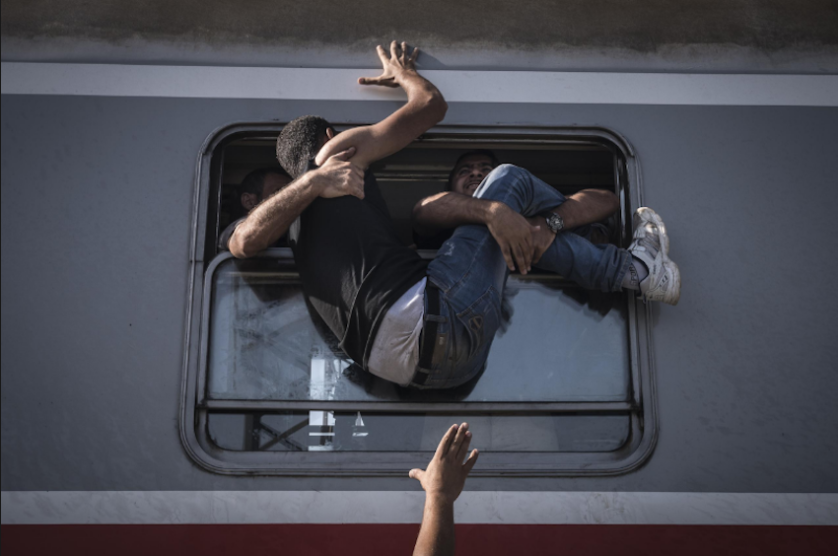 A man struggles to board a train headed to the Croatian capital Zagreb, in Tovarnik, a town near the border with Serbia.Over one million refugees entered Europe in 2015, the vast majority arriving by sea, through Greece and Italy. 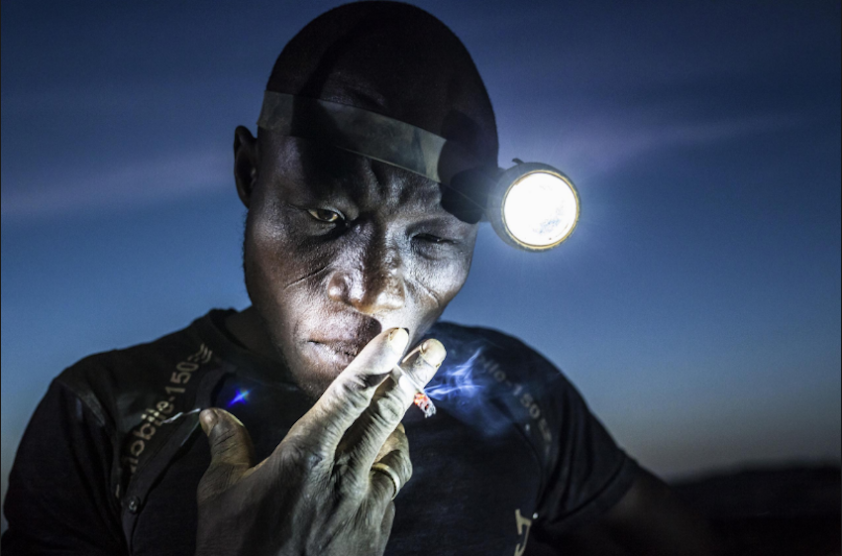 Arzuma Tinado (28) leads an eight-member crew of miners at Djuga, an artisanal gold mine in north-eastern Burkina Faso. Around 15,000 people work in the area, in pits hacked into the ground, some barely wider than a manhole. As the price of gold fell, people began to dig ever deeper to find enough to make a daily wage. Arzuma works some 20 metres underground. 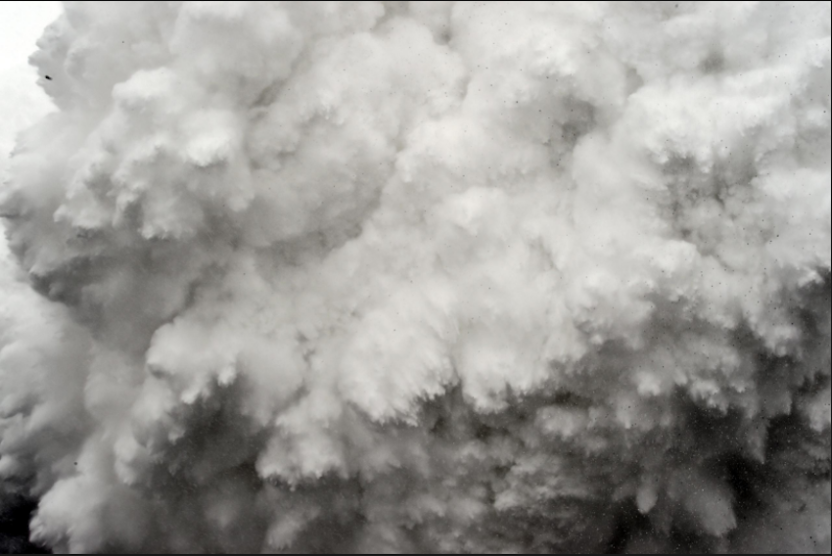 A roaring wall of rock, snow and debris slams down on the Everest Base Camp, which killed over 20 people and injuring many more.

See some of the other top picks, here.