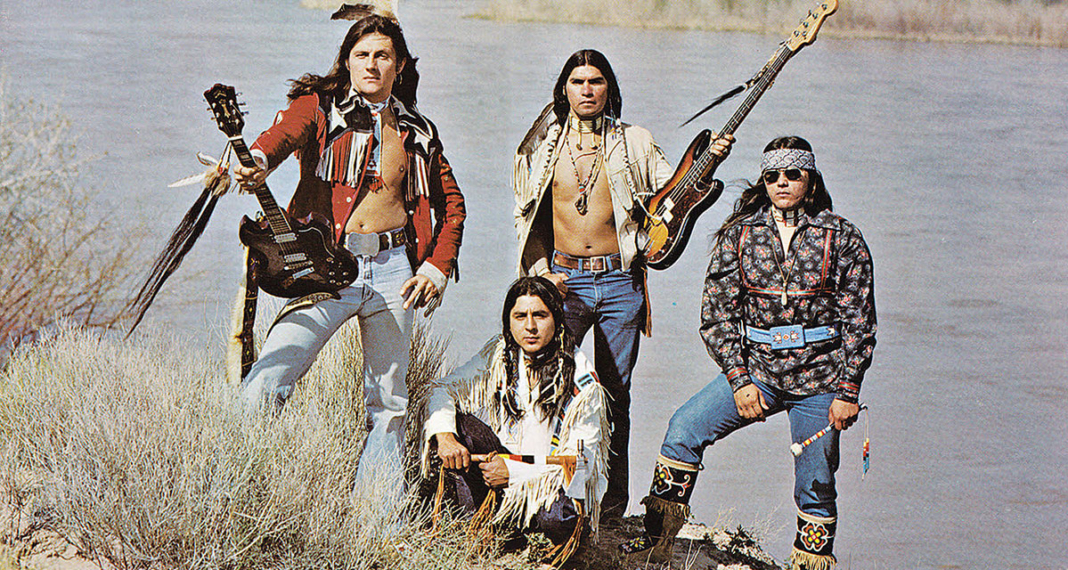 Winterhawk was an indigenous hard rock group from San Francisco, and they were fricken amazing.

You kinda need to like this sort of music, though, which means growing your hair out and airbrushing a topless woman brandishing a sword on the side of your van. Those are the rules. Otherwise, you’re just not gonna get it. Winterhawk, a ‘Native American foursome that specialized in rapid-fire, hard rock and roll,’ came up in the late ‘70s and quickly ended up playing 5,000-seater support gigs for big-name artists like Steppenwolf, Tina Turner, Santana, and Van Halen. They were really going places, but at the start of the 80s, the lead singer decided to go to college and that was kinda that… sort of. They got back together after a bit and released another record called Revival, but then it gets murky. This is one of those bands that are so obscure they don’t even have a wiki page, and yet original pressings of their albums go for upwards of $1000. Anyhoo, Winterhawk has reemerged to reissue their first two albums: Electric Warriors (1979) and Dog Soldier (1980), on Don Giovanni Records. Mark October 22 on your calendar and then get one of these.