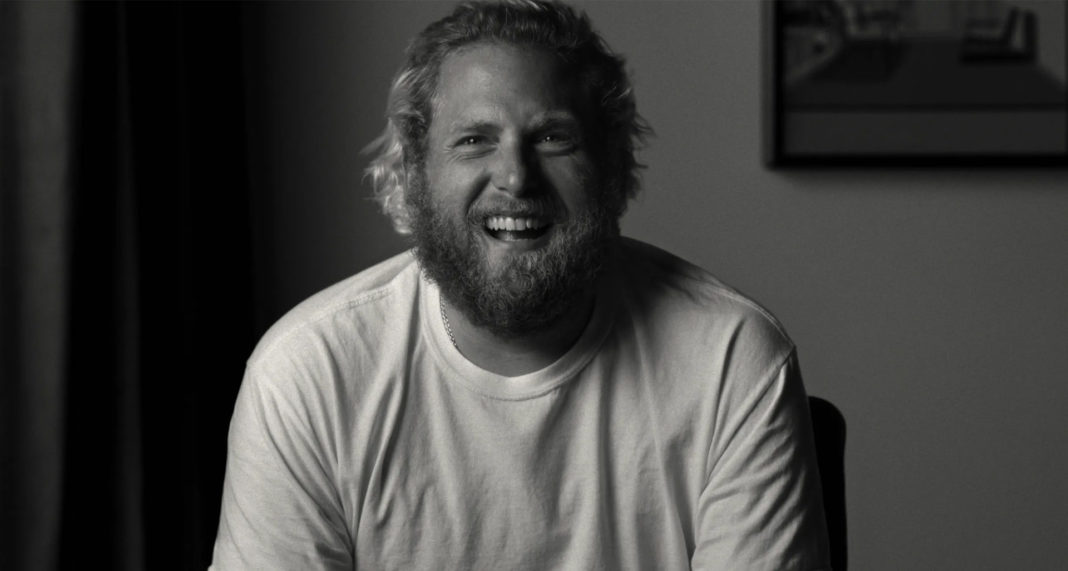 A film about Jonah Hill’s therapist, by Jonah Hill.

It might sound like an unusual departure for the actor and director, but if you’ve been across Jonah’s self-improvement journey—a sincere one, not a Goop-ified one—over the last couple years (or bought a copy of his guest editor issue of Monster Children), you’d know that therapy, meditation, and the joy of surfing is all part of Jonah’s quest to better himself, and those around him.

Jonah has been seeing his therapist, the fascinating Dr Phil Stutz, for years; a man with a backstory as compelling as the ‘Tools’ he has created to guide everyone and anyone through life’s speed bumps—from everyday anxieties to the earth-shattering grief of losing a loved one.

Stutz isn’t your garden variety therapist, either. From the beginning of the documentary (which is structured as a conversation between Jonah and Stutz), we find out that he wants to be an active part of his patients’ therapy, handing over tangible, achievable and visual tools to give people hope that things will get better, from the very first session. ‘The average shrink will say, “Don’t intrude on the patient’s process, they will come up with the answers when they’re ready,”’ Stutz tells Jonah. ‘That’s not acceptable.’

Here’s why you should drop by and drink the Stutz Kool-Aid on Netflix the next chance you get.

Therapy is a prohibitive undertaking for a majority of the population; it can be intimidating, expensive, and off-putting if you don’t seem to click with your therapist from the jump. For anyone who’s never sought out the services of a psychologist, it’s rare to gain an authentic insight into what the process of therapy can look like (no, Tony Soprano’s shrink sessions don’t count). And while it’s not exactly a fly-on-the-wall approach, Jonah’s insight into the life and teachings of Stutz is the next best thing to sitting across from the therapist yourself.

Jonah and Stutz cover a range of mental health issues throughout the session—from Jonah’s anxiety to the feelings of insecurity that began from his experiences with being overweight as a kid—but the coping Tools they discuss are applicable to whatever you might be dealing with, be it depression, anxiety, grief, insecurity, or whatever else. There’s Tools to help you deal with your ‘shadow self,’ self-sabotaging behaviour, and even the near-impossible: sending good vibes to your worst enemy, to make you feel better. Scribbled onto flashcards from Stutz’s shaky hand (more on that later), the Tools prove that good therapy is more than just, ‘And how did you feel about that?’ coming from the other side of the room. 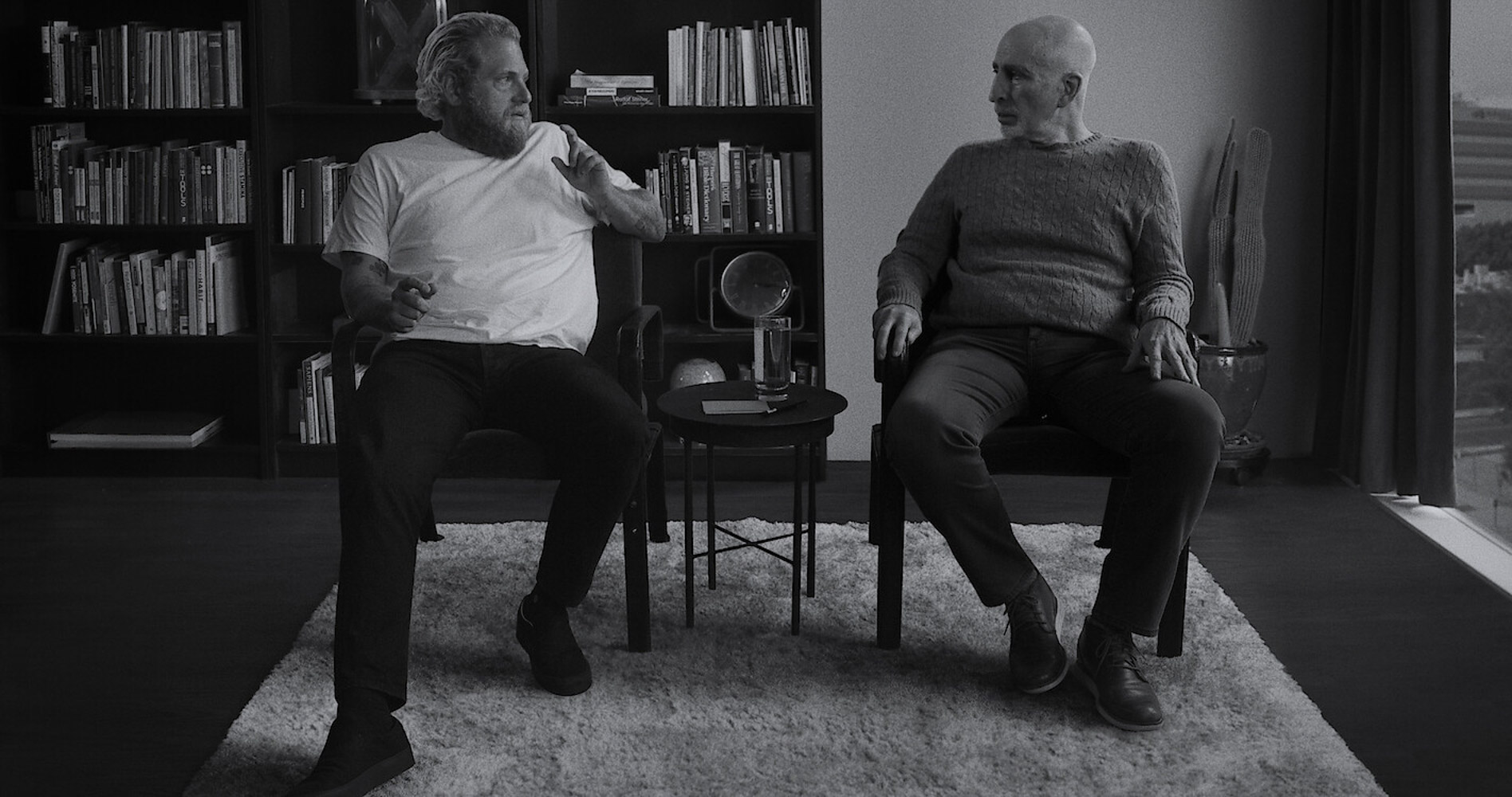 It’s a Reminder to Count the Small Wins

One of my favourite Tools is the ‘String of Pearls.’ In Stutz’s drawings, the string of pearls represents an action; this could be just getting out of bed when you’re feeling down, telling a friend you’re not doing okay, completing a stressful presentation at work… Anything that requires an effort from you, really. But what’s important in the string of pearls is that every pearl is the same size, meaning that everything you do has the same value; whether it’s as small as calling to schedule an appointment when feeling anxious, or big ones like making the decision to move overseas. All that matters is you keep moving forward and adding pearls to the string, in a constant forward motion. Stutz also likes to draw a dark spot on each pearl (he calls these turds), as a reminder that no effort is completely perfect, but to keep trucking along and adding pearls, even when shit is hitting the fan.

You’ll Realise No One’s Got It Figured Out

‘That’s the secret of life, as far as I’m concerned,’ Stutz says at a particularly poignant part of the documentary. ‘What?’ Jonah asks. ‘It’s accepting that you won’t figure it out, ever,’ Stutz responds. ‘Nobody else will figure it out. Happiness depends on how you accept that, and what you do about that.’ Thanks to a culture of oversharing pawned by social media, never has it been more normal to tune into the perceived wins of people you know intimately, and people you barely know from a bar of soap. Basically, everyone’s doing life better than you and it’s exhausting. But Jonah’s doco is a reminder that that couldn’t be further from the truth.

Take Stutz himself: an accomplished psychologist with god-knows-how-many-decades of experience, a strong grip on his mental health, and a fulfilling career helping others. As we learn though, not even he’s got it figured out. From the get-go, we find out that Stutz has Parkinson’s, a neurodegenerative disorder impacting the nervous system that currently has no cure. Alongside dealing with the sometimes debilitating symptoms of his disease, Stutz has also been in an on-and-off relationship with a woman for 40 years, confesses that his mother’s open dislike for men impacted his female relationships throughout his life, and that he still deals with insecurity around whether his teachings will ever make the impact he is striving for. 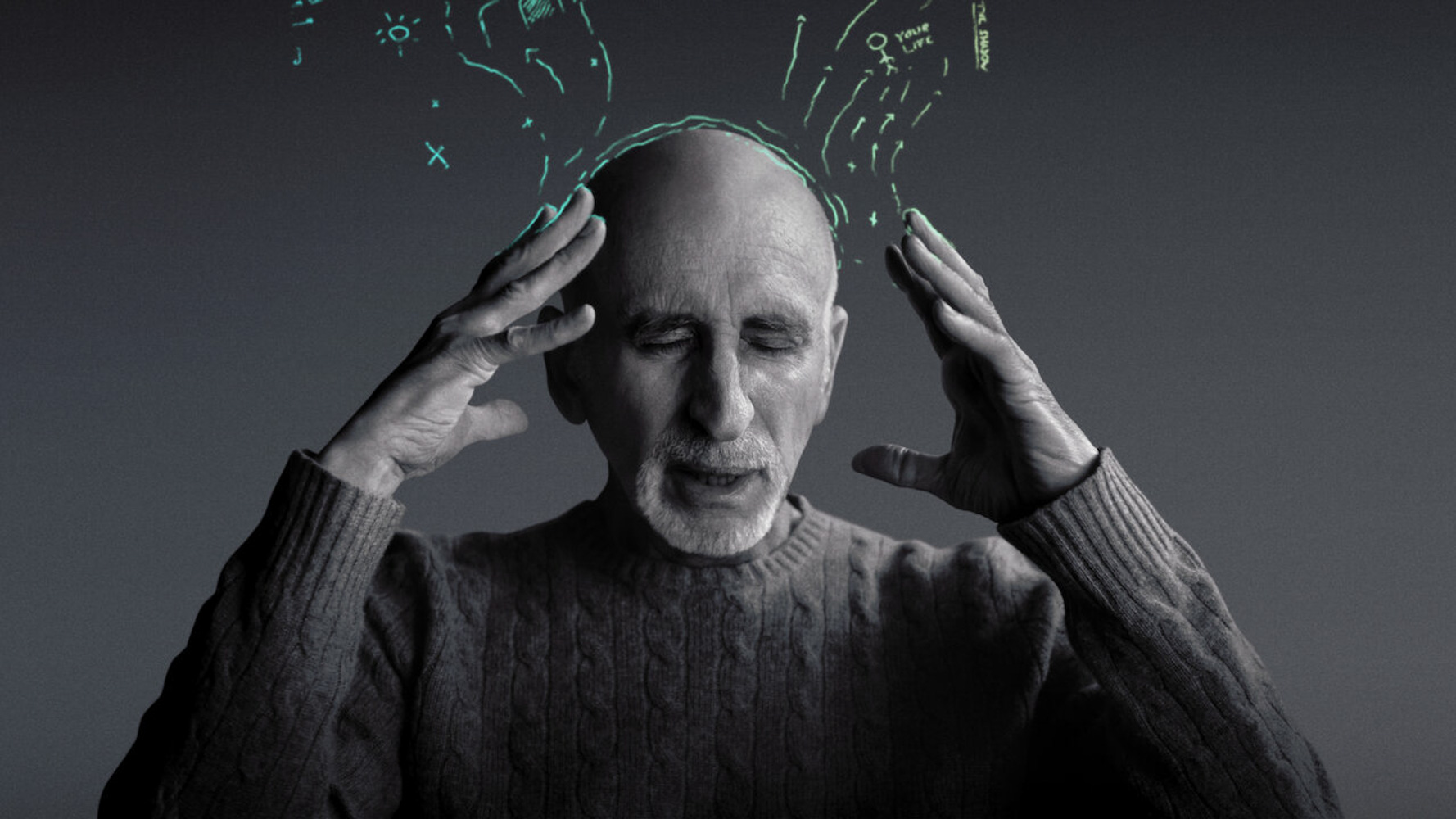 Or Jonah, who’s got all the accolades, money, respect in his industry, successful film projects, and the freedom to engage in the pursuits that make him feel healthier (surfing, meditation, therapy), and yet he still finds it difficult to shake body image insecurities and anxiety. These two titans of their industry still have down days, and Stutz is a reminder that no matter how much money, fame or success you get, you’ve still got to live with yourself at the end of the day. Sorry!

It Might Make You Seek Out the Help You Need

‘My life has gotten immeasurably better as a result of working with you,’ Jonah says to Stutz at the outset of the film, when explaining his motivations for making the film. ‘If it worked for me, maybe it will work for other people.’ This documentary isn’t some kind of cure-all for anyone struggling with mental health or going through a rough life transition. But by seeing the progress of someone like Jonah, who’s willing to let you into some of his biggest insecurities, and see the steps he’s taken to overcome them, it might encourage you to do the same, too.

Stutz is streaming on Netflix now. If you’re based in Australia, and therapy feels out of reach financially, be sure to check out the federal government’s Mental Health Treatment Plan. You can visit your GP and chat with them about getting on a ‘Mental Health Treatment Plan,’ which will entitle you to Medicare rebates for up to 20 individual psychological appointments per calendar year. This will give you access—subsidised by Medicare—to certain psychologists, occupational therapists and social workers. For more information, hit this link.