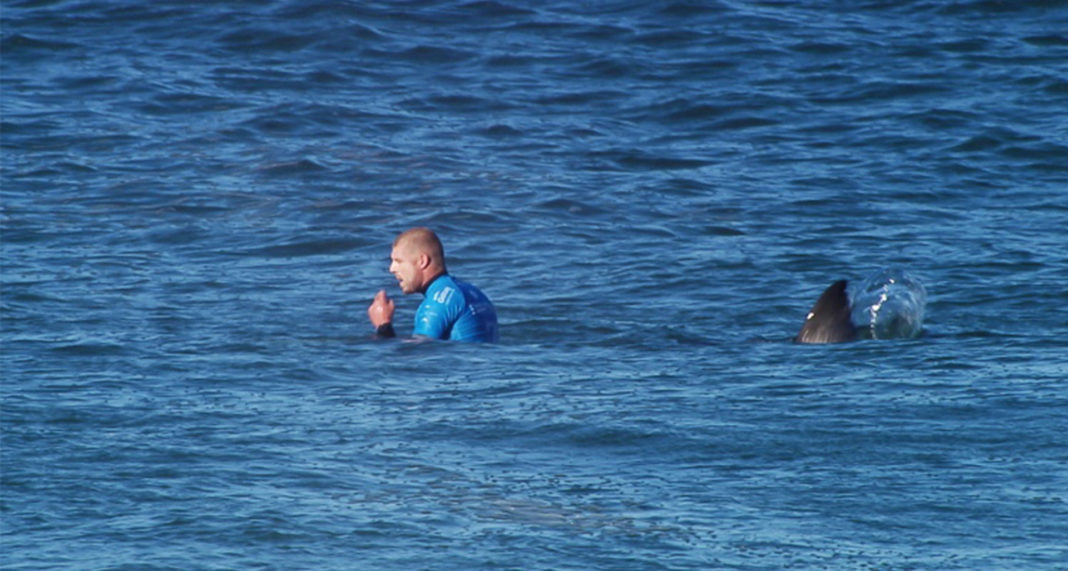 Every surfer has interacted with sharks—it’s just a part of the job.

Realistically speaking, anyone who spends a good portion of their time in the ocean (swimming, diving, snorkeling, etc) will have hung out with the men in grey suits, whether they got the personal invite or not.

In 2021, the International Shark Attack File reported 137 total cases of shark attacks worldwide. 39 of these accounted for provoked attacks, 73 unprovoked, with 12 located in Australia (of which three people died). Overall, 51% of attacks occurred while surfing, and yet in a recent study out of America investigating the interactions between surfers and sharks, 60% of surveyed surfers were not afraid of sharks. Here’s the psychology behind it.

Growing up in Australia means we are naturally the toughest people on the planet because every single one of our native species is out to kill us. Instead of learning about Pythagoras at school, we’re learning about how to suck snake venom out of our toes. This is what the rest of the world thinks of us, anyway, which is all to do with the perception of risk. If you grew up inland, the likelihood that you are terrified of sharks is high because you’re simply not used to them. Because of this, you’ll overestimate the chance of coming face to face with a shark, and develop a stronger fear than those more likely to be attacked (surfers). Accepting that you are entering the home of a shark is just as much a part of surfing as waxing your surfboard—you just don’t think about it. Well, maybe only for a second.

Choice support bias (or post-rationalisation) is the tendency to justify a decision by amplifying the positives and downplaying the negatives of one option. While surfers are still conscious of sharks when entering the ocean, a surfer will downplay their fear in favour of how much they love surfing—especially if the waves are cooking. The desire to be out in the ocean outweighs the perceived risk of being attacked, which is why you’ve probably heard the saying ‘At least I’ll die doing something that I love’. Cute.

Operant conditioning functions on a straightforward concept: Actions that are followed by reinforcement will be more likely to occur. Every time a surfer goes out and is not attacked, the more conditioned they are to go surfing without fear of sharks. Meanwhile, the risk of being attacked is unchanged. Surf a thousand times and you’re basically building up your own shark fear tolerance—it’s science.