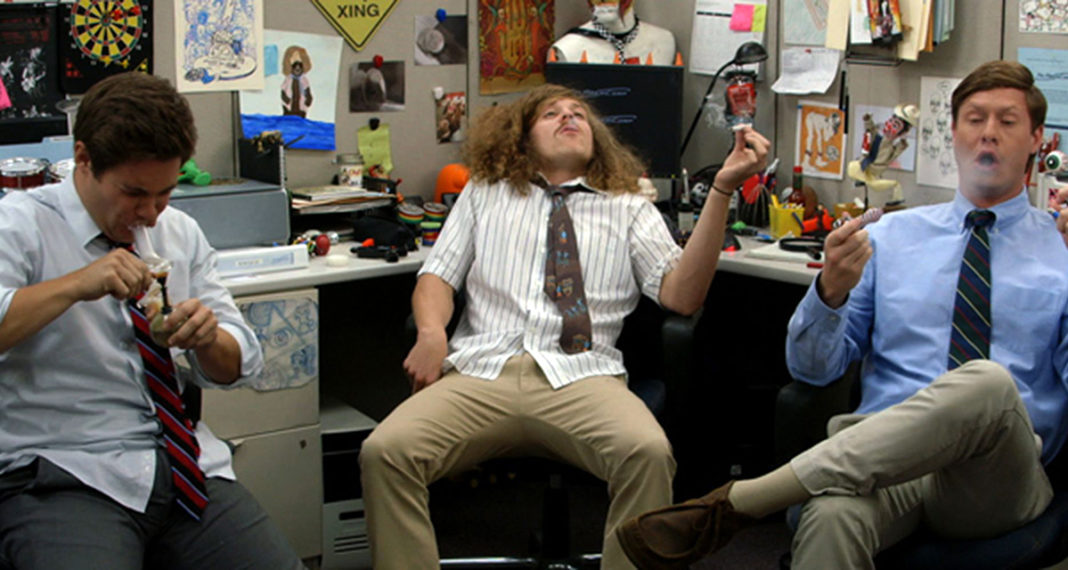 I know all about the benefits of marijuana, and I’ve met people from all walks of life who have benefited from its use.

I’ve spoken with veterans that smoked to alleviate PTSD, and doctors who prescribe cannabis to those that suffer from sleep or eating disorders, inflammatory issues and cancer pains. I’ve spoken with MMA fighters that use cannabis to help their muscles recover after training. Hell, I’ve even spoken with Tommy Chong. And I did all of this during my years working within the cannabis industry. Beyond that though, I personally know about the benefits marijuana consumption can bring, because I smoked weed daily for years. It was great.

I’ve never slept as good as I did when I smoked a joint or two before bed. Eating while stoned is unparalleled; even a bag of Doritos tastes like you’re at a Michelin star restaurant. And really, when it comes down to it, most experiences can be enhanced with marijuana. Having said all of this, it’s been over a year and a half since I’ve had any weed. So, if it’s so good—why did I stop?

Well, honestly, because for me it was too good. I’d rather smoke than do most other things. I’d find myself leaving social engagements early so that I could go home, smoke pot and put a movie on. Or, I’d avoid events entirely because I was already stoned and couldn’t be bothered to move. Even as I write this, the idea of getting stoned and watching a movie sounds fantastic. But, I have an addictive personality. And despite what cannabis advocates might tell you, you can get addicted to cannabis, both physically and mentally.

The mental component of addiction is simple. The feeling of being stoned was preferable to not being stoned, so I just remained stoned all of the time. I worked in the cannabis industry and I worked from home, so there weren’t too many impediments to my daily smoke ceremonies. But this daily routine turned dark with anxiety and dread every time my supplies began running low. For some reason, when one dealer is out of weed—they all are, and I’d find myself driving around, sometimes for hours, hunting down dealers that I’d never met before. One time I even made a Grindr account in the hope of finding a fellow stoner who’d help a brother out. My ploy was unsuccessful, but at least my girlfriend at the time found it funny.

Then there’s the physical addiction. Sure, it’s not nearly as bad as most other drug withdrawals, but it wasn’t easy. My appetite disappeared and I was extremely irritable for at least a month; although, that could be attributed to a third withdrawal symptom: Insomnia. My sleep patterns were terrible for the better part of a year. For the first few weeks, I’d have intense nightmares and wake up drenched in sweat. I later discovered that when you smoke before bed, you go into a deeper sleep and miss out on REM sleep, which is your dreaming state sleep. But you don’t just miss out on dreams. Instead, your body stockpiles all of your pent-up dream energy and the second you quit smoking—boom. It’s nightmare time.

I  didn’t get a full night of rest for close to 12 months, and I only solved the problem when I began taking melatonin daily, which I was extremely hesitant to do. While doctors maintain that melatonin is relatively benign and in fact endogenous (our bodies produce it), my friend (not a doctor) told me of a study in which melatonin was given to birds… and their gonads shrank. Now, I’ve not seen any birds with dangling balls flying around where I live, but this passing remark from an unqualified friend was enough to spook me into not consuming melatonin long term. Luckily, after a few weeks of taking melatonin, I was able to sleep again, and my gonads are still intact.

So, long story short, I quit smoking weed because I got addicted to it, and when you’re addicted to something, you basically become a slave to your own impulses, which is a bad place to be. I think this goes for any behaviour that is done compulsively. If you do something that negatively affects you more than benefits you—and you are struggling to stop doing that thing—you’re addicted, my friend. Whether that be smoking, drinking or spinning fidget (is this still a thing?), addiction comes in many shapes and sizes.