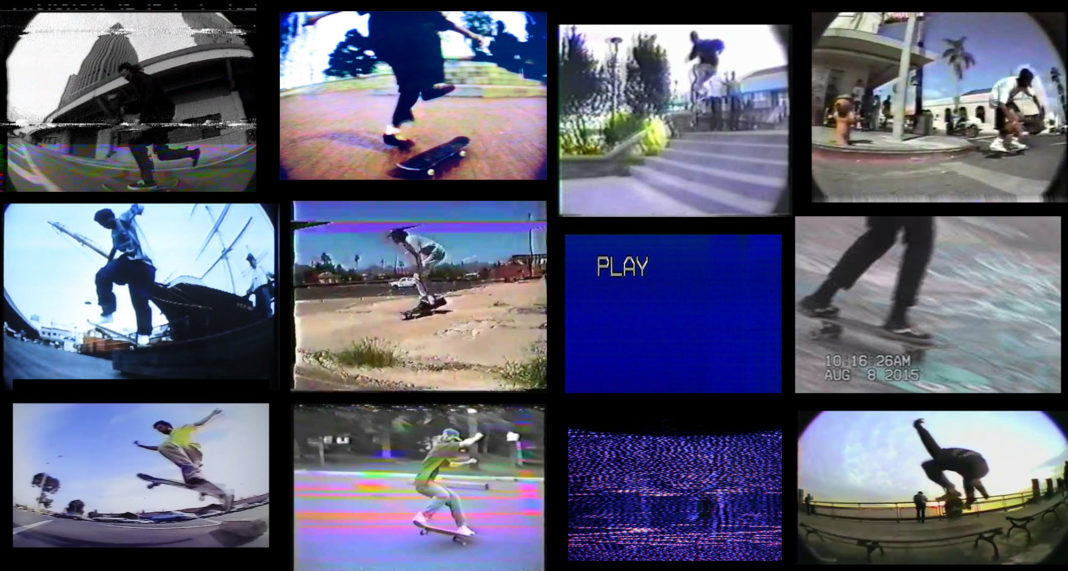 Prop the phone up using a brick. Make a few micro-adjustments. Hit record. Try a switch flip manny for a few hours. Land it. Trim the clip. Post to social.

It may be hard for some in the younger generation to imagine, but before social media, the only people filming themselves were Buffalo Bill, Uncle Rico and skateboarders. Now with easily accessible, high-quality video equipment and a limitless world stage literally at the tips of our fingers, skateboarders are filming themselves more than ever. Let’s investigate some of the many reasons why they do this.

Validation from peers: This is most people’s go-to in regards to why skateboarders film themselves; it’s the easiest explanation for a non-skater to understand. Why else would someone film themselves if not for compliments? But while that is true, it is nice seeing people appreciate your skating in the comments section, it’s far from the only motive.

Fun & fascination: One time, my best friend, Matt, told me that he filmed himself folding laundry. When I asked why, he said, ‘to keep it interesting.’ Matt took a mundane chore and added a touch of creativity and fun by simply recording himself. If one applies Matt’s formula of Interest Amplification to skateboarding—an all brain-consuming and highly addictive activity—you open the doors of potential even wider.

An extension of self-expression: Just about everyone agrees that Jason Dill’s Photosynthesis part is art. Now let’s significantly lower the standards of skateboarding and videography down to a skater, a ledge and a phone, that can still be art! There’s limitless self-expression within these types of clips. One can easily be moved by the energy, environment, style, trick selection, obstacle, fashion, music, craftsmanship, and even humour found within these videos.

An opportunity to be self-critical: ‘That’s what I look like?’ ‘What’s with my hands?’ ‘I thought I was going way faster.’ ‘Do I always skate with my tongue out?’

Generally, humans don’t often see themselves as they are. When we look in the mirror, we’re not really looking at our true selves—we are on. Having our movements captured candidly is a totally different beast. Much like dancers, skateboarders are extremely critical of movement and form. When the opportunity arises to see how you move on your plank, it’s a chance to become much more self-aware.

Wanting to feel like your favorite skater: You put on Nik Stain’s Bruns part and get the itch to go out and do long-ass smith grinds. You film it and watch the footage back. You do it again, going faster. You watch it back and go even faster. Now you add a bigspin afterward. It doesn’t look quite the same, but you go home and show your mom anyway. My brother yells ‘Kobe’ when taking a jumpshot. I yell ‘Oyola’ when backside flipping in traffic.

Whether we like to admit it or not, we idolize certain people, and we want to be (or feel) a little like them in some way or other. Filming ourselves doing things like our heroes fulfills that want a little bit. I once tried filming a line where my opening heelflip ended up looking kind of like Jake Johnson’s. I watched that clip a milliion times (and I didn’t even get the line).

Doubles with the homie

A substitute for skating with your friends: As you get older and responsibilities take over, it becomes harder to go out and get it with your crew. You might have 30-minutes to skate your driveway while your kid is napping.

Setting up your camera while you try to relearn switch tres isn’t skating alone. You technically have all of your friends there watching all the parts you want them to see. Send the clip to your old crew and maybe you’ll get a front heel response next week. Pen pal sessions.

In case you couldn’t tell, I’m not an anthropologist or behavioural scientist. I’m just a skateboarder with a phone full of switch flip manny attempts, speaking from experience.