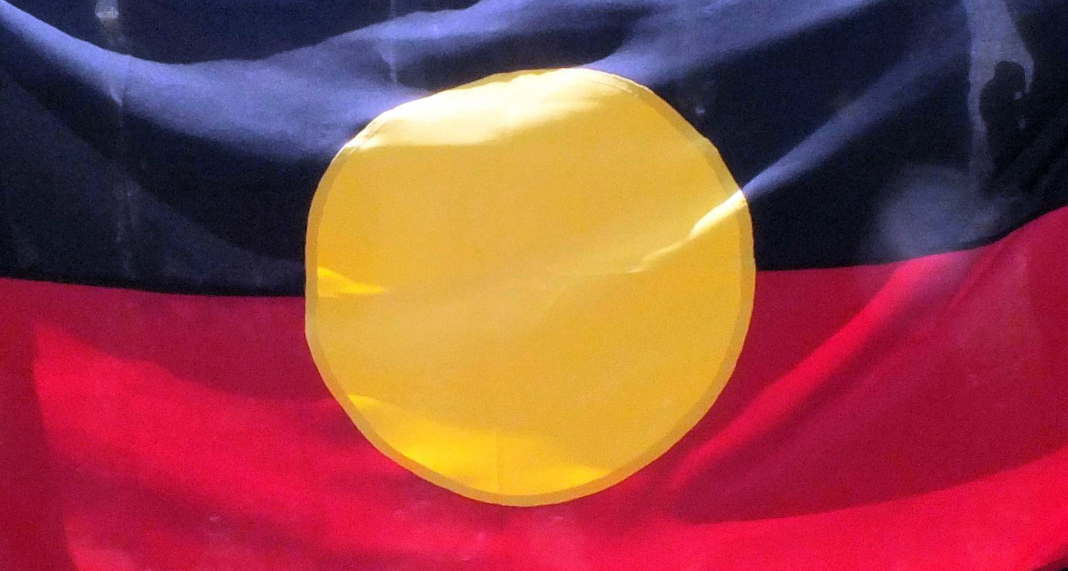 Did you know the exclusive licensing rights for the Aboriginal flag is held by a pair of non-indigenous people?

Maybe you did, maybe you didn’t, but it’s been going on two years now and something needs to be done. Here’s the scoop: in 2018, a couple of caucazoids launched WAM Clothing, a company that manufactures and wholesales garments featuring the Aboriginal flag. WAM Clothing owns the exclusive worldwide license for use of the Aboriginal flag on clothing and digital/physical media, and they routinely issue Cease and Desists to stop others—including Indigenous-owned businesses—from using the flag. One of those businesses is Clothing The Gap, an Indigenous-owned clothing label that was served a C&D when they printed their flag on a t-shirt in 2019. I spoke with Clothing The Gap co-founder and proud Gunditjmara woman Laura Thompson.

What and why is Clothing The Gap?

Clothing The Gap is an online, Aboriginal-owned clothing brand that unites people through fashion and a cause. A small team of health professionals started the business to self-determine and self-fund the health promotion activities we wanted to deliver in Aboriginal Communities. We make our merch with our Aboriginal mob in our hearts and everyone in our minds. This means we encourage non-Indigenous people to rock our stuff too. 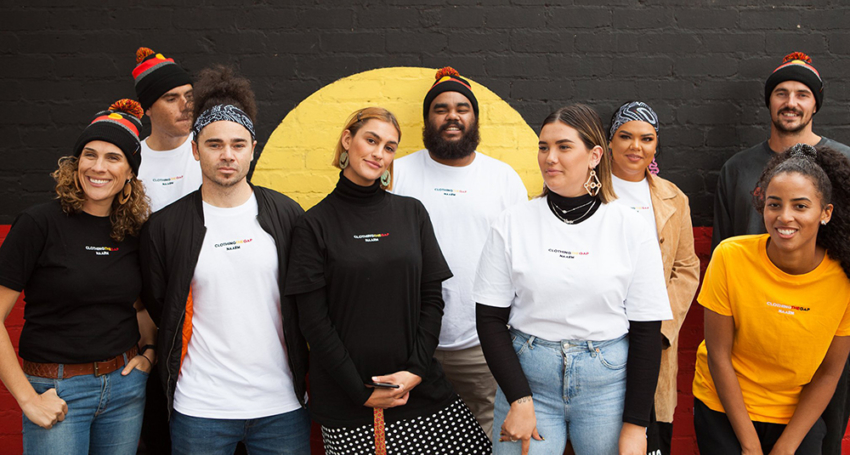 When did you guys get started?

We’ve been a thing since 2018. We first started making merch because we used it as an incentive and reward for Aboriginal people to participate in our health and wellbeing programs. Then everyone wanted to get their hands on what we created.

Hectic, but in a good way. During the COVID period, we decided to organise two virtual runs called ‘Run Rona’ and the ‘NAIDOC March | Run’. So, these events gave people a goal to train for during the lockdown and got families active together. In the lead up to the Black Lives Matter protests around the country, our social media presence grew because people wanted to learn and do more and, as a result, we also sold more tees!

That’s awesome. Now, you guys got into a bit of strife recently for using the Aboriginal flag on your stuff. What happened?

Yeah, just over twelve months ago we received a ‘Cease and Desist’ from WAM Clothing that said we only had three days to stop selling all products with the Aboriginal flag on them.

I know. We were so upset that we weren’t able to use our own flag without paying or asking for permission. And we knew this sitch had to change, so we started a petition called ‘Pride Not Profit’ and a campaign to ‘Free The Flag’.

How did some mega-suss white dude end up owning the rights to the Aboriginal flag?

Hasn’t he done some other sketchy shit with Indigenous art or something?

Yep. The person in question is Ben Wooster, and not long ago, in June 2019, his company, Birubi Arts, was handed a $2.3 million fine by the ACCC (The Australian Competition and Consumer Commission) for selling fake Aboriginal art.

Wow. And this guy owns the rights to the Aboriginal flag.

Gross. Next question: Why hasn’t anyone kicked this guy’s arse up and down a courtroom?

Because WAM Clothing hasn’t taken anyone to court yet. They’ve issued many Cease and Desist notices to companies and organisations—including Aboriginal Medical Services—and people have complied by either paying the licensing fee or deciding they will no longer use the Aboriginal flag. And it makes us sad that because of this copyright we’re seeing fewer Aboriginal flags out in the world. Flags unite people and we are afraid that we are going to notice an absence of the Aboriginal Flag now because people don’t want to pay WAM for its use—and they shouldn’t have to.

Who else has WAM shut-down for ‘illegal’ usage?

We know that the AFL, Cricket Australia, and all the major sporting codes have received notices for ‘illegal’ use of the Flag. Even not-for-profit Aboriginal organisations using the flag on their uniforms or Community t-shirts were being contacted by WAM and asked to pay up. We have made our Free The Flag logo available for free to download on our website so people can use this symbol instead of the Aboriginal flag and make a statement until we are able to free it.

Does anyone else privately own one of the world’s flags?

This is the weird thing—as far as we can see, there are no other privately owned flags in the world that have official ‘National Flag’ status. Flags are one of a country’s most public assets and it makes no sense that the Aboriginal Flag is privately owned. We are the only race in the world that must pledge our allegiance to a flag that is a piece of private property. I mean, it seems like its common sense that the Aboriginal Flag should belong to the people. We have struggled enough, and now we are struggling to use our own flag. All Australians need to stand with the Aboriginal for flag equity; all flags should be about pride and not profit!

Agreed. What can we do to put a stop this?

We have six ways people can help us Free The Flag and get behind the movement. Some of these ways include signing and sharing our petition, writing to your local Member of Parliament, reppin’ some ‘Free The Flag’ merch, and raising awareness for the issue by having these important conversations with your friends and family.

What’s next for Clothing The Gap?

Well, we’ll let you in on a little secret… We are about to open a shopfront in Brunswick.

We’re super-excited. We’re planning our Spring collection and have some new collabs in the works. We’ll also be talking more about our ‘Shades of Deadly’ campaign which celebrates Aboriginal identity and culture while challenging stereotypes of Aboriginal people. Watch this space!

Find more about how you can help Free The Flag HERE!