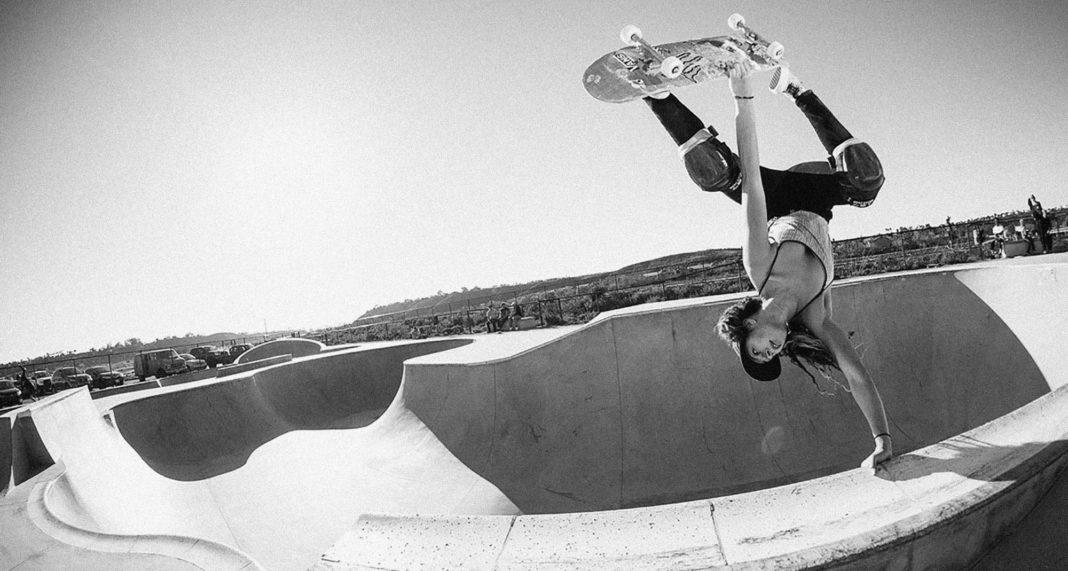 When she’s not taking the gnarliest slams imaginable or skating in the Olympics, Lizzie Armanto likes gardening, renovating her pad and cooking good food.

Which sounds pretty tame, but that’s what she told us when we caught up with her to discuss skating, meeting the Birdman and her experiences being a part of skateboarding’s Olympic debut.

Things are starting to get busy again. I’ve just been skating and starting to get back into filming. It’s been a bit of a challenge to switch gears and film. I’m still working through last year’s slam a bit with getting my body to feel good and finding confidence on board. Aside from that, I’ve been working on some exciting stuff with Vans which will come out soon, and I recently had the opportunity to direct a music video for the band Surfbort. They’re rad and it was a fun new challenge for me to try that out.

Obviously, we gotta talk about the Olympics. How was it? Were there any differences for you compared with previous contests?

As far as a contest goes, it was mellow. Weird for sure with no crowds, plus some of the best girls couldn’t compete because of country quotas. For the Olympics, I just wanted to represent skateboarding well and make my friends proud. I’ve always set my own personal goals with contests, and I enjoy pushing myself that way. Otherwise, it’s easy to get lost in the rankings and there’s so much more to skateboarding than that. Anyway, I am proud to have been a part of skateboarding’s Olympic debut.

Was there any competitiveness between you and Axel about who could do better in the Olympics?

(Laughs) No. Neither of us had any expectations other than to just go and check it out and be a part of the experience.

Who were some of your influences coming up in skateboarding?

Growing up in Santa Monica, I always looked up to Pat Ngoho. When I started skating the Combi, I looked up to all the pros that would come through, like Hosoi, Cab, Lance Mountain, Darren Navarrette, Lester Kasai, Lonny Hiramoto, Eric Nash—and Grosso of course. Allysha Le too mostly since we skated together for so long growing up and pushed each other to learn tricks. She’s been ripping for as long as I can remember. 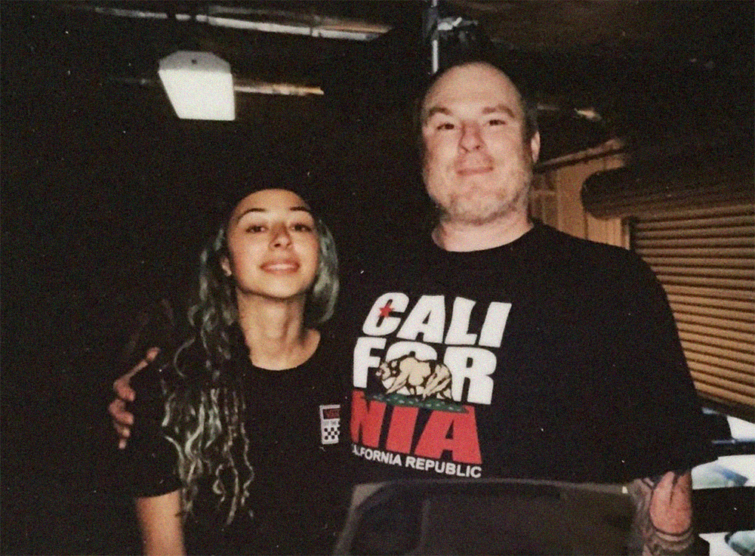 Outside of skating, what are you into?

Gardening and plants, being a foodie, DIY projects, house renovations, cooking, travelling, and spending time with the people I love.

How did you keep busy during the pandemic?

We were lucky because we’d just finished my vert ramp and Mami Tezuka was staying with us early on during lockdown, so we just hung out a bunch and skated the backyard.

Are you working on any parts at the moment?

Yeah, I’m working on a Vans part that will drop early Fall ’22. 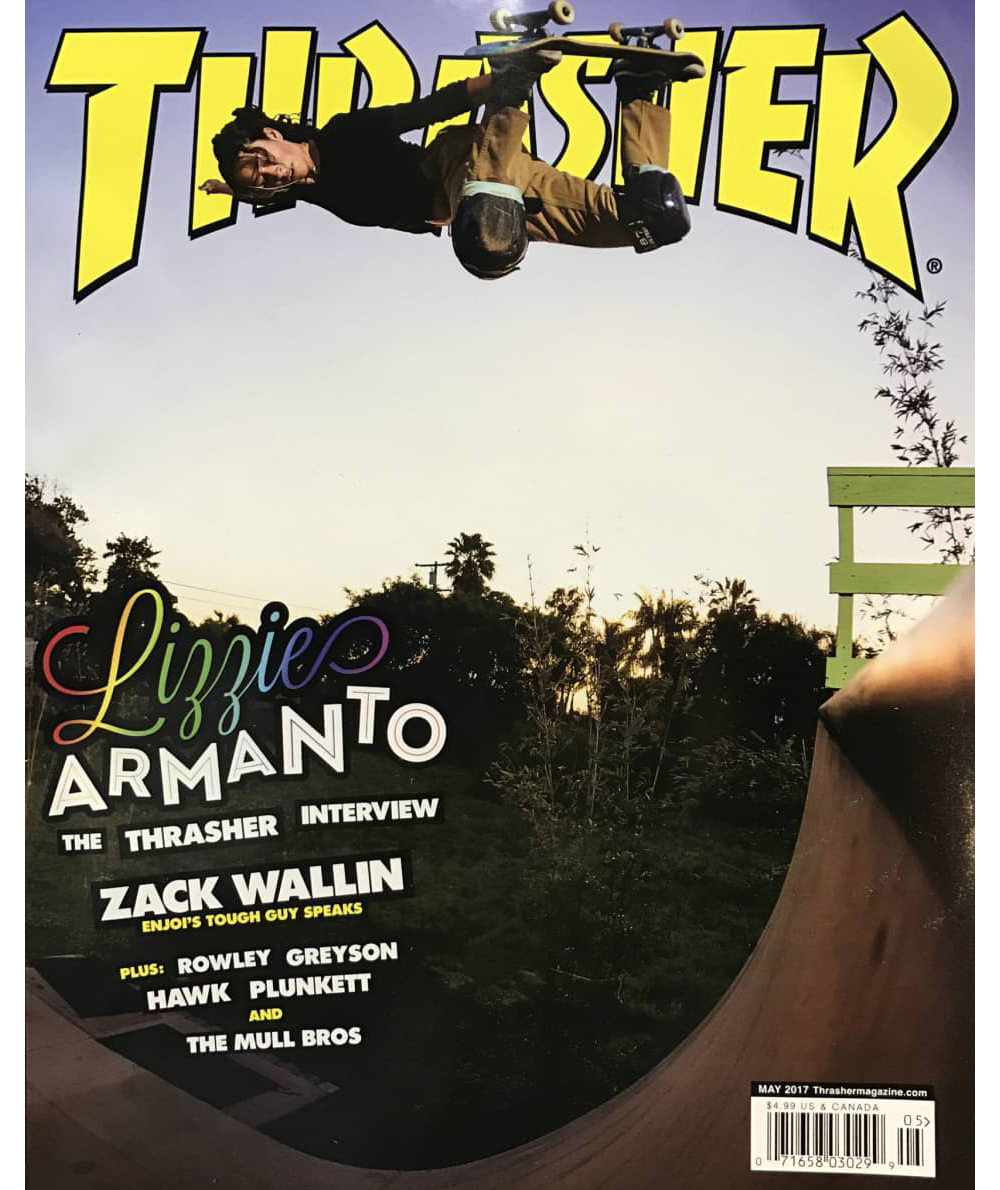 What’s been a career highlight for you, aside from the Olympics?

Going Pro for Birdhouse was a big one. At the time it felt as though something like that could never happen, and it was back-to-back with getting the cover of Thrasher. It was a huge milestone and felt unreal.

What was your first conversation with Tony Hawk like?

It was kind of awkward, not on his part, but more so me. It was just one of those surreal moments where you think to yourself ‘Is this really happening?’ My life seems to be filled with those moments (laughs).

Nothing in particular, just getting all my old tricks dialled in again after my accident last year and feeling normal again on a skateboard.

Thanks to everyone for all their continued support. I feel so grateful to ride my skateboard, have these experiences and be a part of the skate community. You rule.