Hello and welcome to the world of NFTs, where everything and nothing makes sense.

Now that we’re out the other end of the GameStop debacle and have (un)successfully taught ourselves the basics around shorting stock, here’s another new phenomenon to try and wrap your brain around: NFTs. You might’ve been seeing this phrase showing up in your newsfeed a lot recently, and that’s for good reason—it’s going ham right now, and a whole bunch of people more intelligent and/or wealthy than I are harking it as the next best thing in the art world. It feels like a murky concept to begin with, but if I can wade through this digital muck and make sense of it, so can you. Let’s break it down.

What the hell are NFTs?

Non-fungible tokens, or NFTs as they’re called, are digital assets that can be bought and sold through the big wide world of blockchain. They can be anything from a digital collectable sports card, a song, a digital artwork, a digital sneaker(?), a tweet, a video, or as we’ve seen in recent weeks, a cat meme.

How are they bought and sold?

Say I’m an artist with a digital file of one of my paintings. I go to one of the sites that allows me to register this file as an NFT (a process that is often referred to as ‘minting’), and from here, someone can buy it from me. Once they have paid me in cryptocurrency, they are recorded as the new owner—this public record of sale can’t be altered or erased, so it’s an important mark of authenticity for the buyer. Think of the artwork as a digital token being passed from one person to another, with a digital receipt to prove the sale.

So I bought a digital artwork that we’re referring to as an NFT. Does that mean I own the copyrights and all the rest of it?

No, and here’s where the whole concept gets a little hard to wrap your logical brain around. Let’s say I was the individual who recently bought the ‘Nyan Cat’ meme for approx $600,000 worth of cryptocurrency. While there’s now a record of the sale on blockchain that proves I’m the owner of the official, original copy of ‘Nyan Cat,’ here’s the kicker—I don’t actually own the copyright or trademarks for the meme, and it doesn’t change the fact it still exists in a million different places all over the internet. As the New York Times explained in a recent article, what people are really buying is ‘bragging rights and the knowledge that their copy is the “authentic” one.’

Just opened up the flood gates to the future of meme economy in the Crypto universe, no big deal~

But seriously, thanks for believing in Nyan Cat all these years. I hope this inspires future artists to get into #NFT universe so they can get proper recognition for their work! pic.twitter.com/JX7UU9VSPb

So, you’re an idiot?

In the case of the flying cat with pop tart body meme, maybe. But let’s think instead of an NFT artwork bought from an artist you love. You’re recorded in blockchain as the owner of the authentic version of the artwork, you can print it out or display it on screens around your home, sell it at an increased price if you’ve taken a gamble on an emerging artist that’s paid off, but perhaps most importantly, you’re putting the power back in the hands of the creator.

Also, isn’t the world just made up of objects that we assign random amounts of value to? Let’s use the Michael Jordan Rookie cards (physical version, not digital) that were auctioned off earlier this year as an example. The pair of rookie cards were sold for almost one million dollars each—a million dollars, for little pieces of cardboard. Those small rectangles only became worth one million dollars because that was the value that was assigned to them by us. The same could be said for any of the insanely priced pieces of crypto media being sold as NFTs right now: this digital clip of LeBron James wasn’t worth $100,000 until someone decided it was in January of this year. Would I drop $170K on the electronic cat you see below? No, but someone wanted to. (Said cat is currently on sale for $967K.)

Is this just going on in some weird corner of the internet?

No, and by the looks of things, you can expect to hear more about the buying and selling of NFTs in the near future. Christie’s have just become the first-ever mainstream NFT-based work by the artist known as Beeple, titled Everydays: The First 5000 Days. The completely digital artwork is a collage of images taken by the artist over 500 days, and the winning bid must be paid in the cryptocurrency Ether.

What does this mean ultimately for creatives?

Hopefully, only good things. Though the concept of NFTs is still in its infancy and lots of the digital artwork is kind of wack, this kind of system enables people to take back ownership of their own creations, directly monetizing off their work in an online environment where things have traditionally been shared and viewed for free. It also gives the power back to the people in deciding how much value to ascribe to a particular NFT, as opposed to gatekeepers like galleries and auction houses. If you’re feeling cynical about the whole thing then, same. But remember—15 years ago you’d probably be horrified to think you’d sign up to let a company track your every single thought and action online in order to sell you stuff. Flash in the pan or here to stay, it’ll be interesting to see how it all turns out. 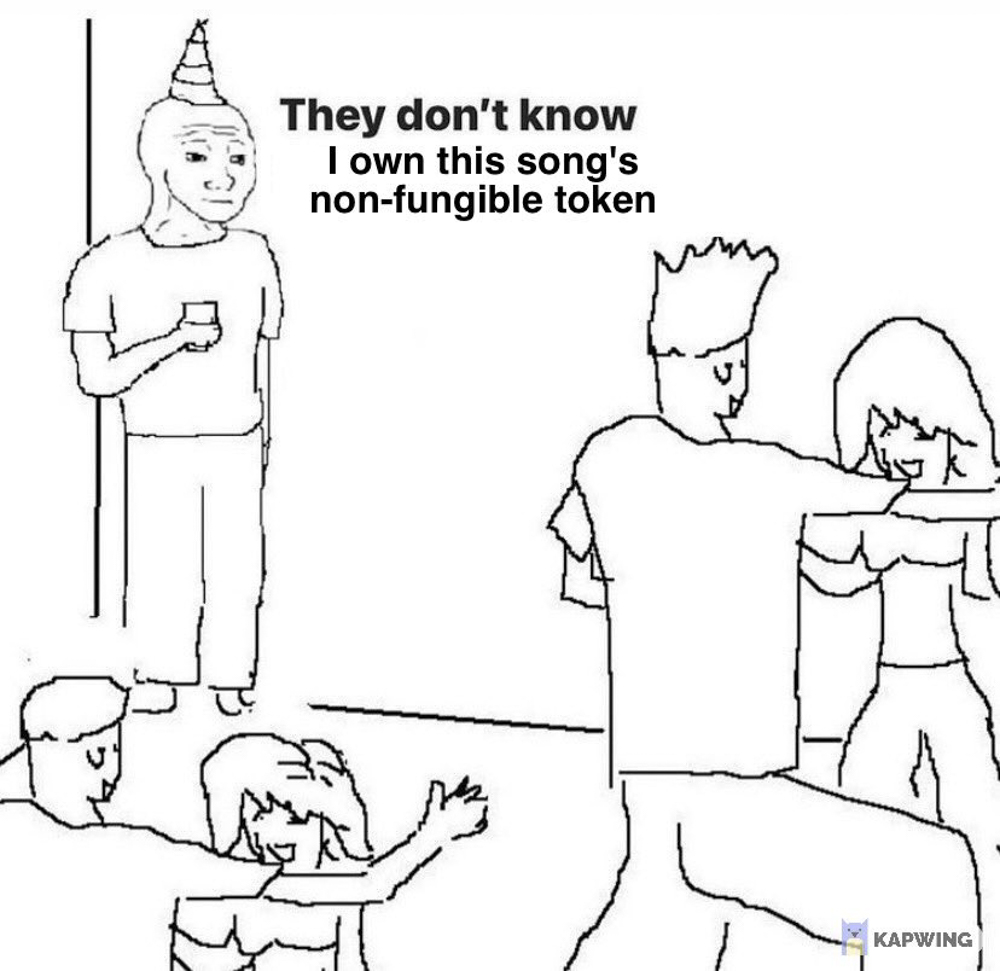