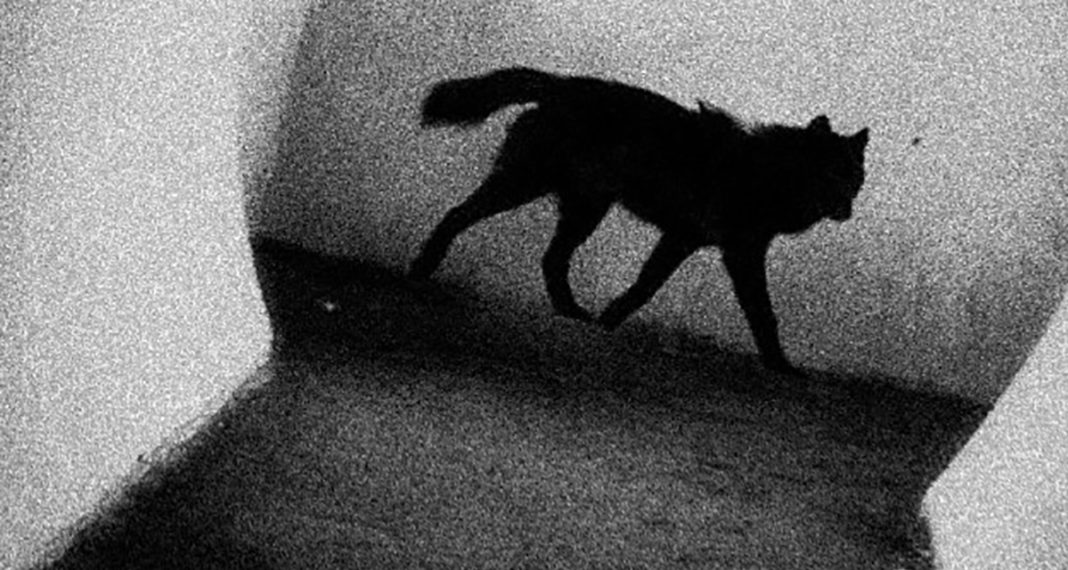 Today I stumbled across a Reddit thread filled with first-hand accounts of near-death weirdness witnessed by hospital staff.

For the most part, the thread (and then threads) was made up of stories about dying people being utterly convinced there were dead relatives in the room (eerie, sure, but something you might expect a dying person to hallucinate), but there was one recurring phenomenon that spooked the hell out of me: imaginary dogs. 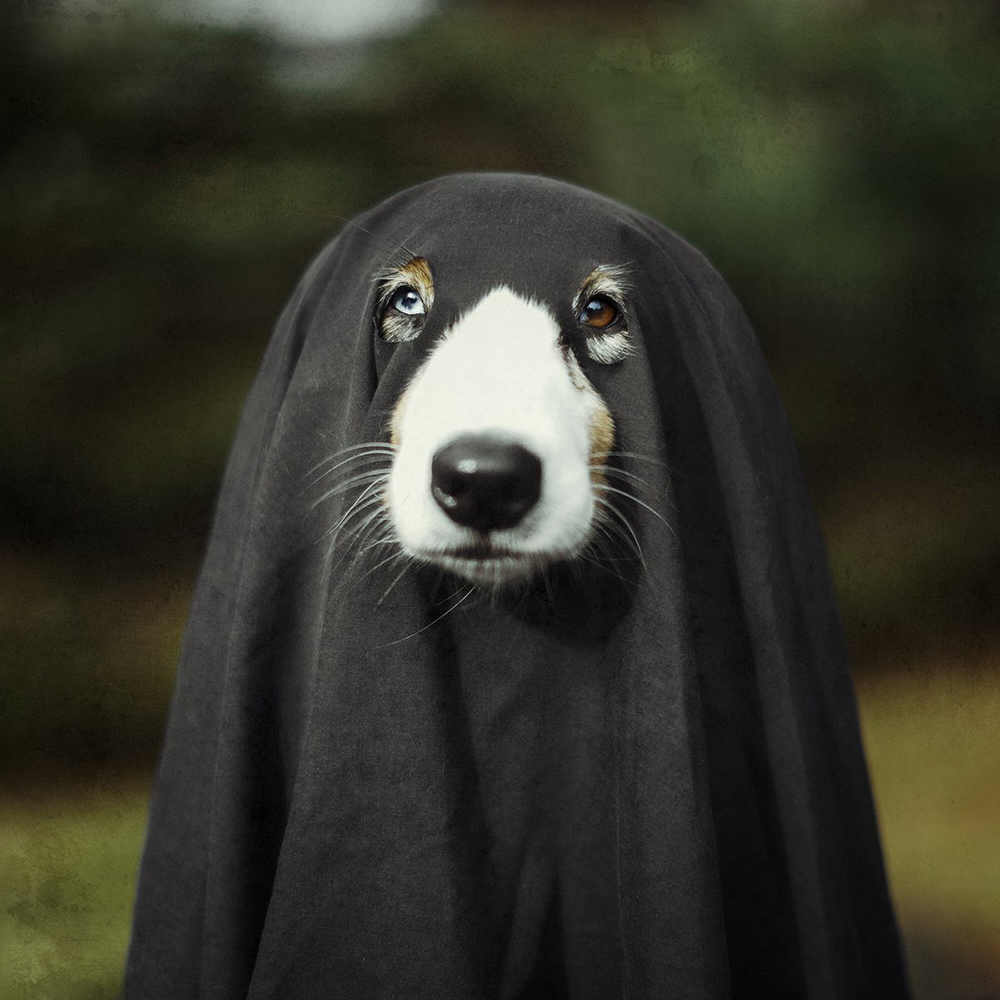 Apparently, it is not uncommon for a dying person—typically someone dying of old age—to hallucinate that there’s a black dog in the room. ‘Please get that dog out of the room,’ they say, gesturing to empty space. From Reddit:

‘I currently work on a unit that is designated for those who are palliative, meaning those that require end-of-life care. In my experience, I’ve noticed a trend in people who are experiencing end-of-life hallucinations. I am somewhat on the fence regarding the supernatural, and I don’t necessarily believe in an afterlife. However, a non-negligible amount of people tell me that they see their deceased loved ones… The second trend I have noticed is that people often see a dog in their room. Patients describe the dog in an alarmingly similar way. It is a black German Shepard with pointed ears that appears calm but attentive, watching them. Although the behavior of the dog sometimes changes, as some people say the dog is at the foot of the bed and some say the dog stands beside me in their room, the most unsettling aspect of this hallucination is that the patients are often unnerved or even terrified of the dog. I have had patients beg me to take the dog out of their room because it scares them, some even moved to tears. I try my best to comfort them, but often those patients will only be consoled while I am there and will become frightened again when they are alone. This is another hallucination that other nurses have mentioned, as they too have experienced this with patients.’

I know—fuck that. But wait, there’s more:

‘…I’m a palliative nurse and there is this trend I’ve noticed. Sometimes when people are in the process of dying they can become delirious and hallucinate. I’ve heard from at least 5 people that they are scared of “the dog” in the room, and they want me to remove it. Like legit different people in completely different rooms over the span of 2 years telling me to take the dog out of the room because they don’t like it staring at them.’

And more again from another thread:

‘I’m an oncology nurse and I have had several patients experiencing delirium/hallucinations report that they see a dog in their room. I’ve had patients with brain bleeds, hyponatremia, encephalopathy, hypoglycemia, ETOH withdrawals, etc all mention seeing a dog in their room or hearing children laughing/playing outside in the hallway. (We’re an adult unit and don’t allow children to visit because of covid). I’ve honestly never made that connection before. Super interesting and creepy.’

That’s the other recurring hallucination: children at play or standing around eating ice cream. But what about the dog? Why a dog? Here’s another nurse on yet another Reddit thread:

‘LPN (Licensed Practical Nurse) here, I work in long-term care currently, a lot of palliative residents always claim to hallucinate either small dogs or it’s either children eating ice cream before they die… It’s always facility specific too. One facility I work at I have had about 6 – 7 residents claim to see a little girl eating ice cream then they die that night. I’m going to find that little shit; she is causing me so much paperwork.’ 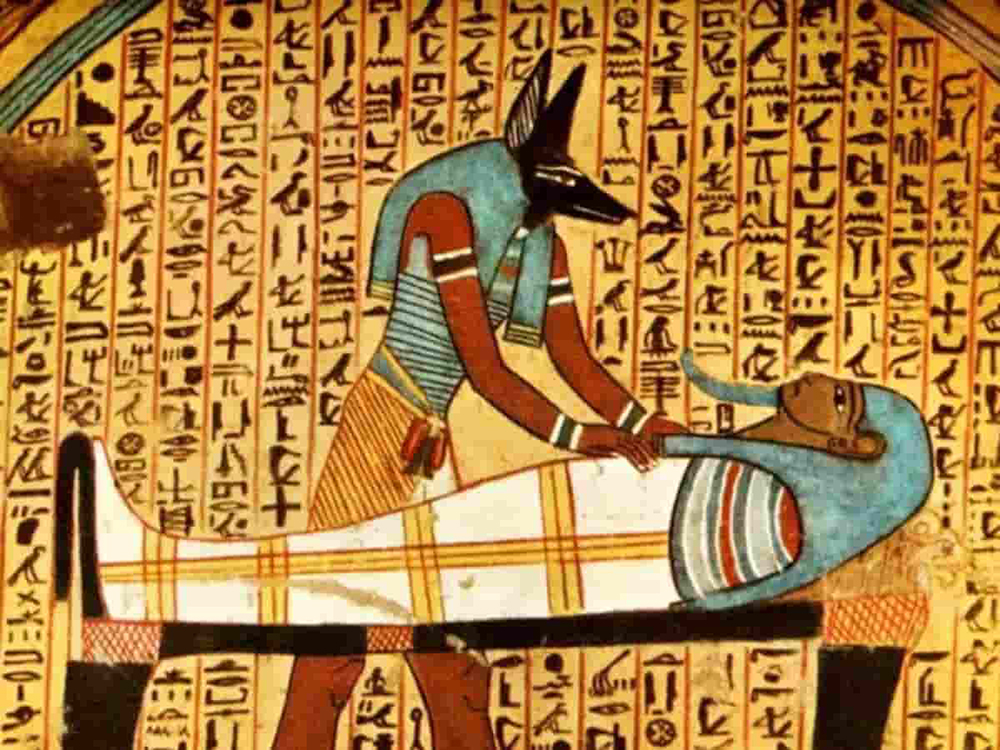 The internet is actually lousy with accounts of these spooky little deathbed kids, but somehow they seem like the kinda thing an old person would imagine on their deathbed—not a big, black dog staring at them. So what gives? One theory (from the Internet) is that the dog is Anubis (above), the jackal-headed Egyptian deity responsible for ferrying the dead into the next world. Another theory: the dog is Cerberus, the three-headed hound from Greek mythology charged with guarding the gates of the Underworld to stop the dead from escaping and eating all the spanakopita. Theory three: the dog is Fenrir, the pooch from Norse mythology that did basically the same work as the other two dogs I just mentioned, only in Scandinavia. If you do a bit of a deep dive, you’ll find that the ‘death dog’ motif appears in most myths and religions… Spooky shit. Bury me with a packet of Schmackos™.