We’ve teamed up with cult sunscreen brand Standard Procedure to bring you this ridiculously good sunscreen because sun safety ain’t no joke and when we’re not pretending to work in the office, we’re usually outside basking in the sunshine.

We caught up with founder Dion Agius to chat about starting a sunscreen brand with his pal Zepha and why we can’t just waltz out into the Australian sun without being covered in this slippery stuff. And before reading on you can, of course, purchase it right here. 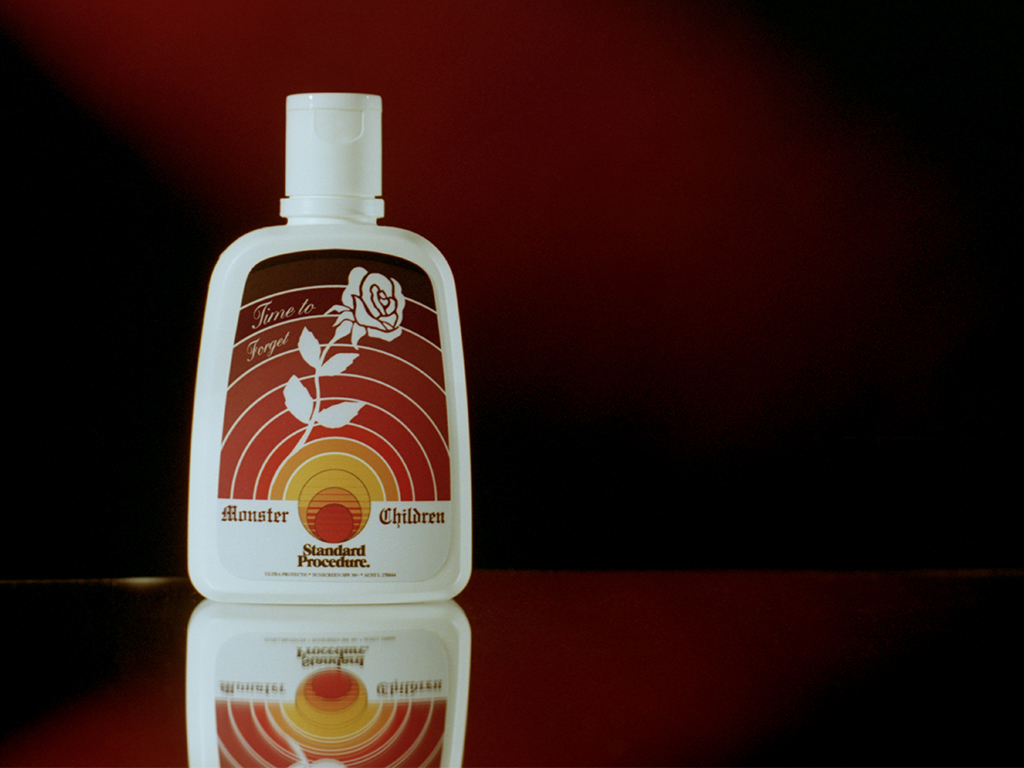 So, why a sunscreen brand? Isn’t it impossibly hard to start one in Australia with all the regulations and restrictions?

Yeah, Australian regulations to become TGA Certified are the toughest on the planet. Luckily for us, Zepha’s parents have been in the sunscreen game for a really long time, so they have about as much experience as you could ever get when it comes to making really great sunscreen. So that, plus the fact that neither of us wants to see our friends shrivel up like little sultanas due to not having the proper sun protection, made us decide to do something about it. 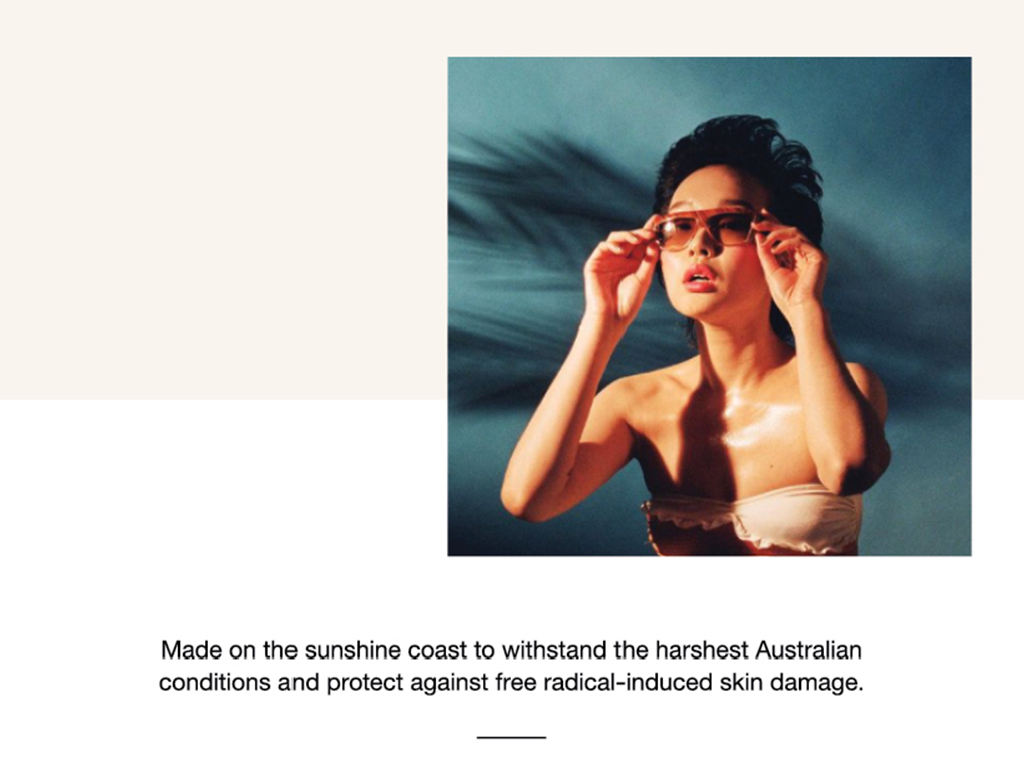 How did you and Zepha team up?

Zepha and I met a few years ago, and then when Covid kicked in at the start of last year we were both racing home from overseas before the world exploded and decided to go and quarantine down at my place in Tasmania with another friend, Riley Blakeway. We had a lot of time to hang then and I think that probably helped us realise that we wouldn’t kill each other in a biz setting when we finally did decide to team up on SP.

Where did the idea for Standard Procedure spring from?

Zepha pitched me on the idea that she had been brainstorming for a while, which was to work with her family who makes their own sunscreen out of their own factory up on the Sunshine Coast, and have been doing for 30 plus years. They manufacture for all the big name brands and then with their own special formulas, they just do wholesale to government, schools, workplace, and hospitals etc., so it’s nothing you could really buy on a shelf. Zeph had been using it forever and giving it to her mates but that formula/product wasn’t available to the public, so she wanted to change that.

I’ve never had a lot of luck with good sunscreens in the past… at least any that would really work if I was going to be surfing for hours on end in the blazing Australian sun, while it also being non-greasy and not stinging my eyes. So I thought it sounded like a pretty amazing idea to be able to work on a product that I knew was going to be as good sunscreen as we could possibly make, with that many years of expertise behind it. 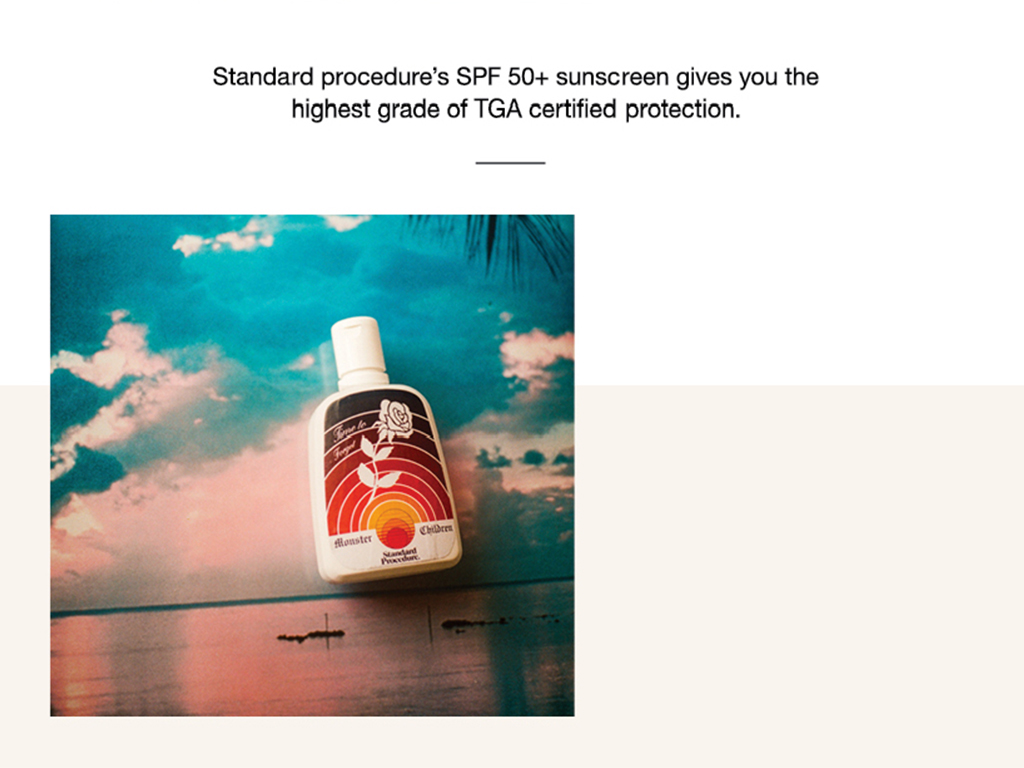 What was it like working with us, the morons at Monster Children?

Dale is especially hard to deal with; he kept pitching me on the idea of making a sunscreen that doubles as a hand sanitiser. It was very hard to explain to him that probably wasn’t a great idea, and that hand sanitiser is not recommended to be applied to the face. As lovely and as moisturising as Standard Procedure Hand Sanitiser may seem, please do not apply it to your face.

Why Standard Procedure? Can’t we just slap some olive oil on and hit the green room?

I mean you can, and I’m sure it’s been done before. I guess it just depends if you want your head to look like a banged-up, fried potato by the time you are 30 years old or not.

Where shouldn’t you apply the sunscreen?

What did ancient peoples do before sunscreen was invented?

I’m no scientist but I do believe they used to drain the mammary glands of Bengalese tigers and apply it liberally before participating in any outdoor hunting/blood sports/gladiator pits etc.

How much of this stuff do you have to drink before it kills you?

It depends which cocktail you plan on mixing it with… *Standard Procedure DOES NOT advise you to mix our sunscreen with your cocktail. As delicious as our formula looks and smells, please refrain from using Standard Procedure internally, drinking or otherwise. 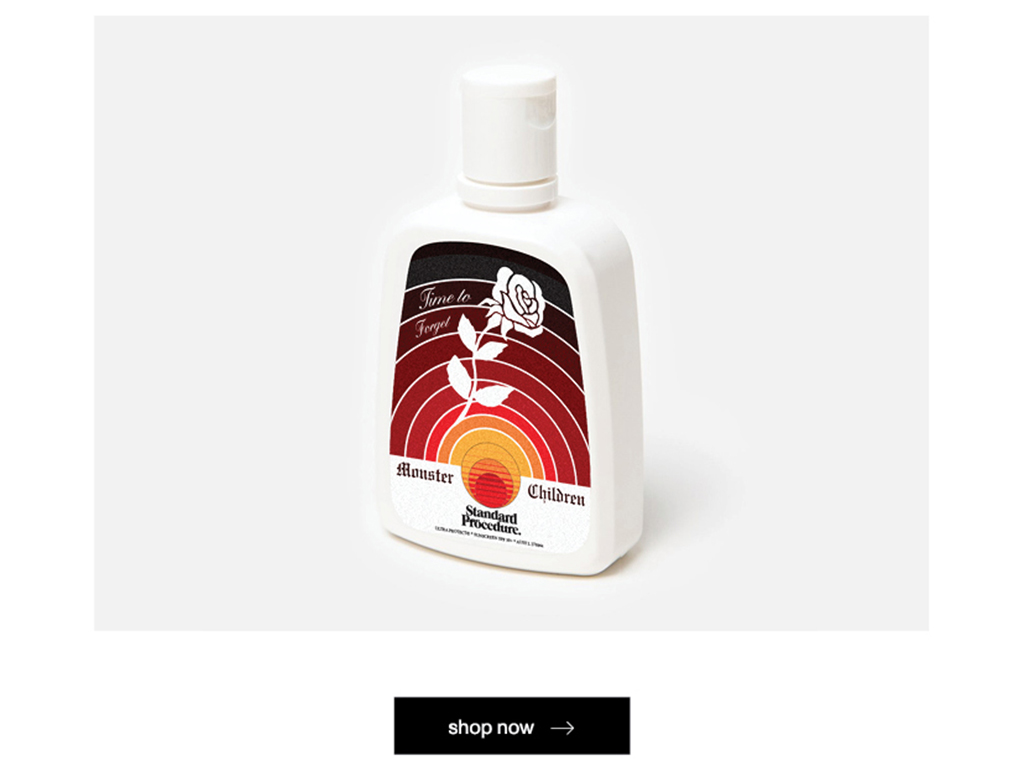