What else would get the likes of Boo Johnson, Tommy Sandoval, and Jaws together for a summer jaunt to New York City? On Weedmap’s dime, the three were let loose on the Big Apple and fashioned a clip full of NYC hallmarks like black and white film effects, skitching, and a boardslide into a Gristedes supermarket. There were wacky rails for Boo to have his way with, sketchy dark alley spots for Tommy Sandoval to 180 and, surprisingly, plenty of tall ass shit for Jaws to launch a backside grab off. I think the total height in feet of the drops taken in this clip is more than the rest of all of New York City’s skaters combined. No one really skates New York the way it’s seen in this clip which is actually sort of refreshing. It all comes together in a way that seems like the crew took what the city threw at them just like a local would—if you consider two story free falls as something the city throws at you. I guess it makes sense that a buncha stoners from out of town made this. Little does everyone on Wall St. cheering for Jaws’ heelflip know they’re doing it for weed. Suckers.

The spreads below come from a little collab zine that we cooked up to accompany our Photo Annual, all photos by Jonathan Mehring. 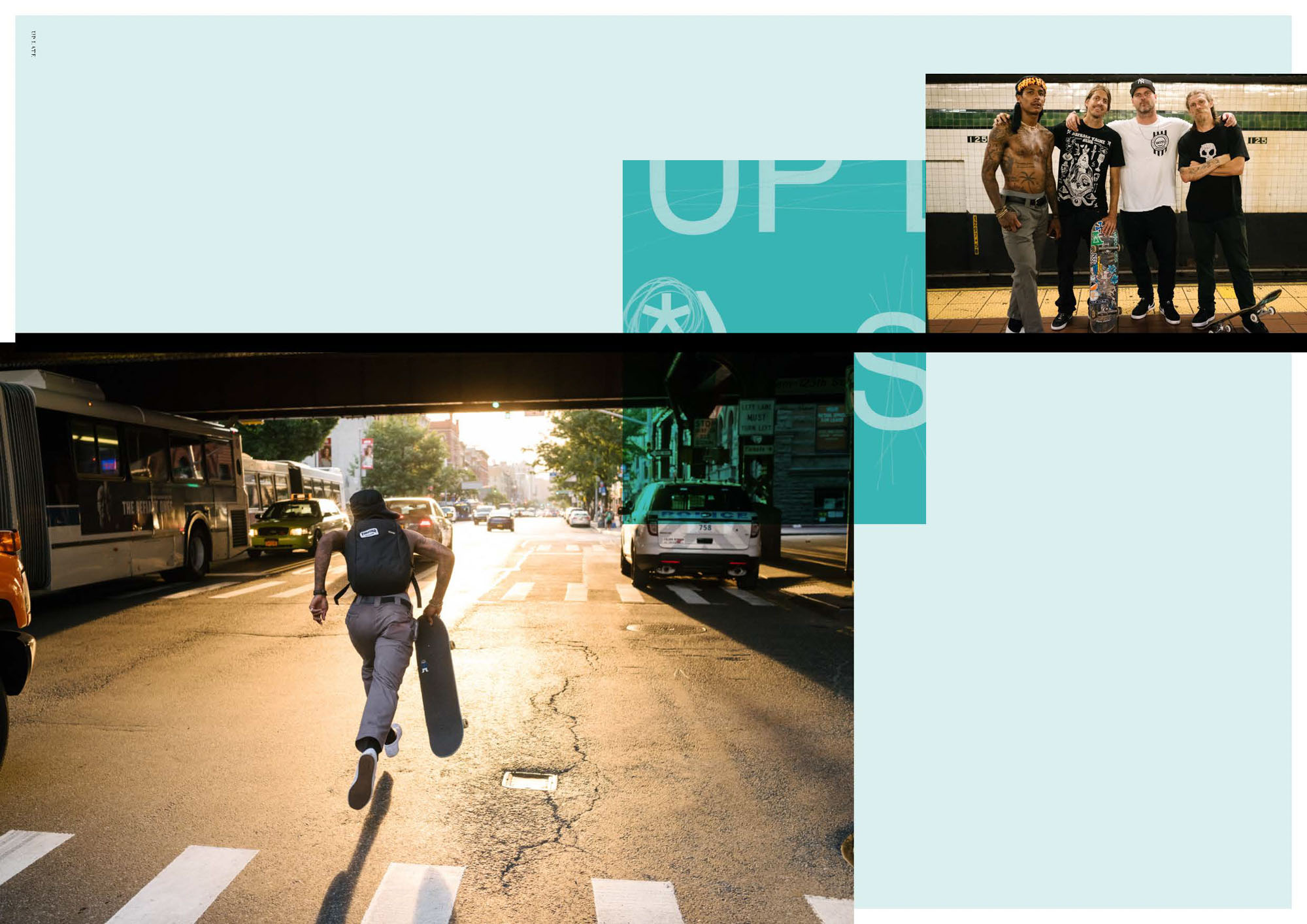