You know why? Because I love Greeks. I love everyone from everywhere (even the French!), but there’s a special place in my heart for Greek people because (and I don’t believe this is a generalization) they are cool and funny and fun to be around and they almost always have spanakopita on their person. Also, Greece is spot paradise. No, I don’t skate anymore, but I can still spot a spot and Greece has some unreal spots. And that’s why I said ‘Στείλτε το βίντεο!’ to Kostas’ new film, Three Flavors. 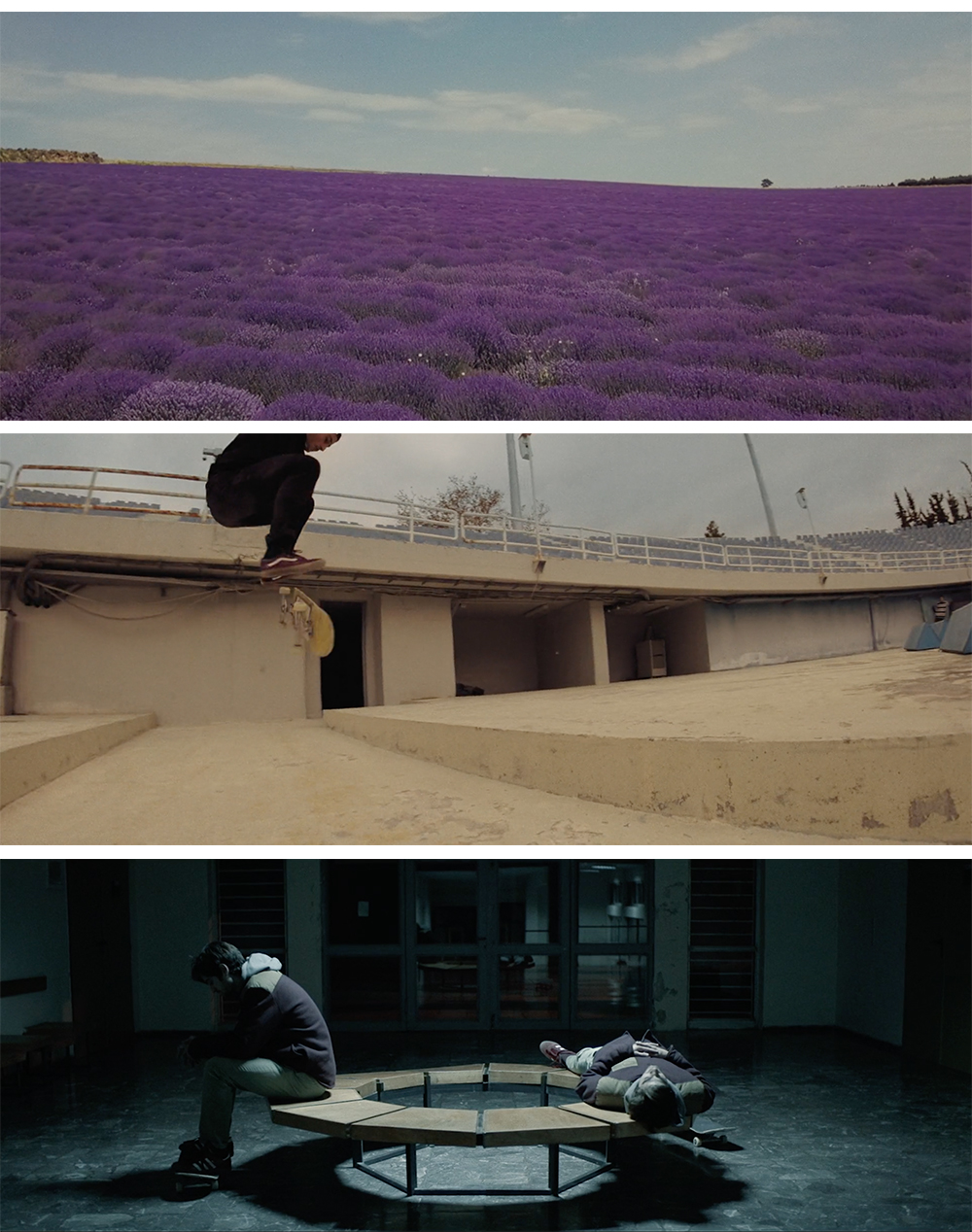 Three Flavors is an experimental flick that deals with the inner world of skateboarders and features amazing skating from Manos Kyriakousis, Nestora Charitonidis, and Theodore Halaris. ‘In the film,’ says Kostas, ‘the image takes on the role of the narrator, where through an allegorical journey, he lets the viewer filter the story from his own point of view. Chronologically, the film takes place during a day, at the end of which it is implied that the emotions tend to be repeated in an endless loop, where everything ends where it started.’