Screening virtually at this year’s Sundance Film Festival, the film—directed by Bafic and produced by the late Virgil Abloh—was filmed during the 2021 Track and Field trials. In the trailer, we see Richardson reflecting on her controversial ban from the Olympics after testing positive for cannabis use after winning the 100 m final at the U.S. Trials.

Richardson said she smoked weed after learning about the death of her biological mother from a reporter, just days before the Olympic Trials. ‘To hear that information come from a complete stranger, it was definitely triggering,’ she said in an interview. ‘It was definitely nerve-shocking. No offense to him at all, he was just doing his job, but it put me in a state of mind of emotional panic.’ 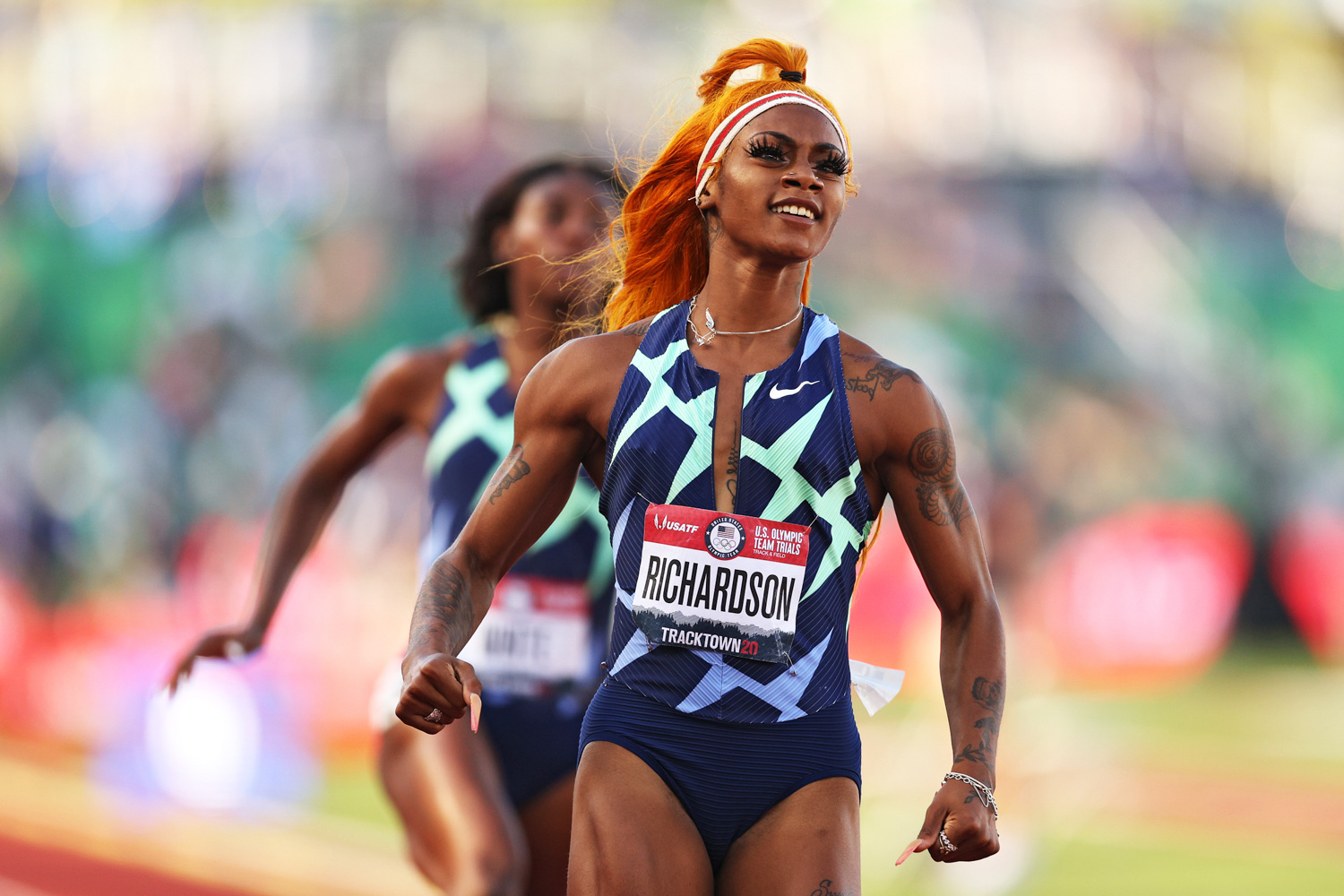 Richardson had qualified for the 2020 Summer Olympics after running the women’s 100-metre race in just 10.86, but her positive drug test meant she was ineligible to compete. The ruling drew a line in the sand for staunch Richardson supporters and pro-cannabis advocates, and those who believe she deserved the ban for flouting the rules. Hit play on the trailer above.

The notion that weed is a problematic “drug” is rooted in racism. It’s insane that Team USA would disqualify one of this country’s most talented athletes over thinking that’s rooted in hatred. It’s something they should be ashamed of. Also if weed made you fast, I’d be FloJo. https://t.co/swDLNoVcV3

But majority of y’all rule makers smoke and probably are investors in THC companies. Let’s stop playing these games https://t.co/hT3H6kw45T