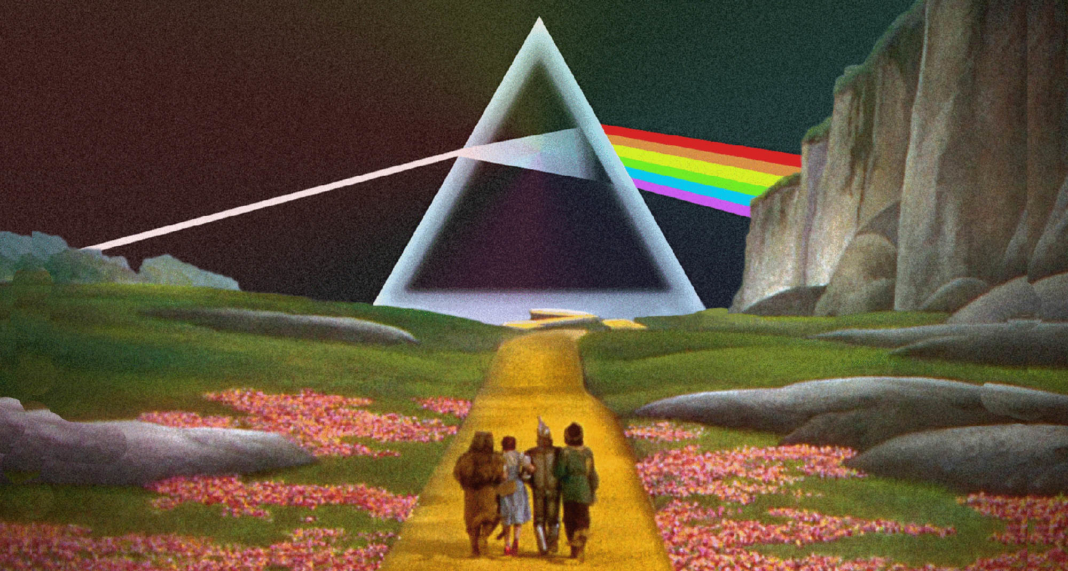 Like a lot of people, I occasionally take recreational drugs.

It doesn’t happen often, but every now and then the stars align and I get my hands on a small, inoffensive, borderline legal quantity of marijuana, and I have some fun in the privacy of my own home without bothering anyone or stealing anything or doing any murders. This happened recently, and while under the influence of the substance that is only illegal because alcohol sales would plummet were it not, I remembered the phenomenon known as ‘The Wizard of Floyd’.

The Wizard of Floyd—or the Dark Side of the Rainbow, or The Dark Side of Oz—is that thing where you watch The Wizard of Oz with the sound down and play Pink Floyd’s Dark Side of the Moon at the same time and it syncs up and you and your friends point and go ‘Woah’ a lot. Most of you have probably heard about it, and I dare say a few of you have actually bothered to try it out. But do you know who the first person was to pair the two? Neither do I. No one does. The concept was spread word-of-mouth and, according to my dad, it was something people began doing almost immediately after DSOTM came out in 1973. A listing for The Wizard of Oz would appear in the TV Guide and the word would go around.

To this day, many people believe Pink Floyd intentionally recorded Dark Side of the Moon to sync up with the film, but Floyd have consistently denied and even mocked the allegations. ‘It’s absolute nonsense,’ said Floyd drummer Nick Mason in a 1997 interview. ‘It has nothing to do with The Wizard of Oz. It was all based on The Sound of Music.’ A-ha! But around the same time they recorded DSOTM, Pink Floyd was regularly being contracted to create film scores (More, La Vallée, Herbie Goes Bananas, etc), and in his memoir, Inside Out: A Personal History of Pink Floyd, the mocking Mr. Mason described the process with which they would record said film scores:

‘…following a rough cut of the film, using stopwatches for specific cues and creating interlinking musical moods that would be cross-faded to suit the final version… The recording time was extremely tight. We only had two weeks to record the soundtrack with a short amount of time afterward to turn it into an album.’

Very suspicious… Anyway, these days, you don’t need to wait for the Wizard of Oz to come on TV—you don’t even need to synch the movie with the record. Someone already did it for you in the YouTube video below. Spark one up and see what you think.