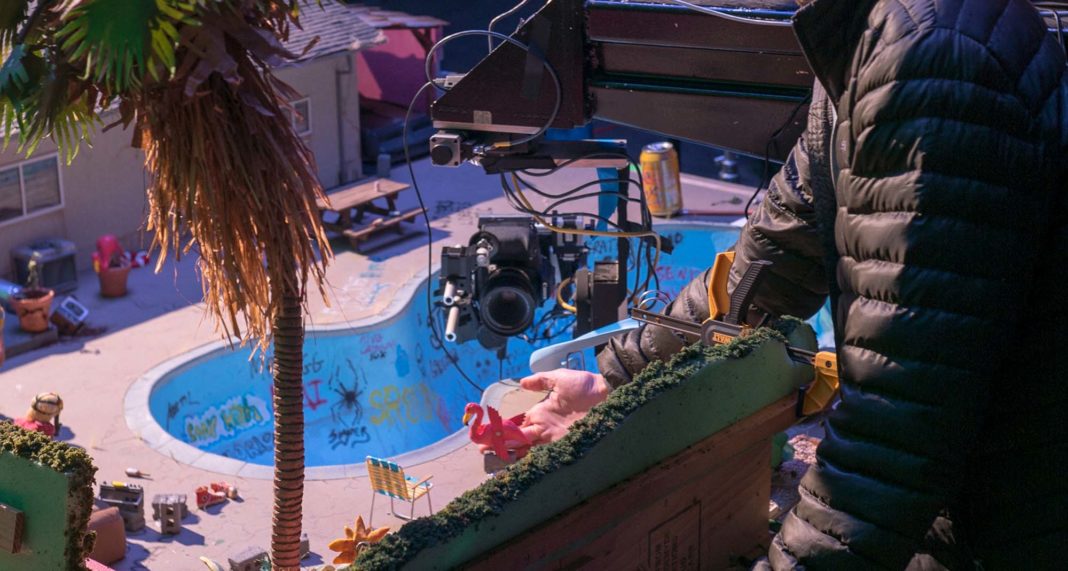 Three years ago, Foster Huntington and some friends built a few tree houses on a mountain in the Columbia River Gorge of Washington State.

A sort of neverland for Lost Surfers meets an Ewok Village, the compound seems like a hipster hippie fairy tale. Rope bridges connect different units and a flawless, sleek concrete bowl can be seen amidst the green of the grass and foliage below. Chickens and goats share a pen, squawking and yelping into the misty valleys surrounding them. I have no clue where the money for this place came from, though Foster had been living out of his camper for three years previously.

Foster wanted to put the free-wheeling life behind him and settle down. He and his cohorts set up shop and chronicled the building out of their new elevated home in a documentary that gained them quite a bit of web notoriety and, in between surf trips, helped to realize Foster’s real reason for ditching the van. “It’s one thing to travel all the time and take photos, but video requires more infrastructure,” Hunter told me as we chatted via Facetime while he sipped coffee on his treehouse porch. Not just any video. His childhood love of Rudolph the Rednose Reindeer pointed Hunter towards stop motion and his appreciation of the old school special effects of sci-fi films like Blade Runner and Star Wars steered him toward the DIY world of in-camera trickery. And, this being 2017 of course, he wanted to release it on Instagram. “Everyone just assumes without really thinking about it that social media is a platform for non-fiction: “this is my life, this is what I do, this is my travels.” Well why can’t it be made up stuff, too?” he appeals to me, “So I wanted to do that.”

The Movie Mountain was born, a tongue-in-cheek name meant to evoke titles of old movie rental stores like Blockbuster or Hollywood Video. The joke, though, gave way to actual grandeur when Foster took me on a Facetime tour of the studio, a giant warehouse complete with a model shop, shooting stages, and VHS library in the bathroom stall. All this to make their first opus: Pool Scum, a short, stop motion film set in the ‘80s featuring a western-style skate duel in a drought-ridden, sun-scorched, glass-shattered California valley backyard alley pool. Toss Thrashin into the aforementioned influences and you’ll get what this is: totally fucking rad.

The team spent two months building out an 80’s backyard pool scene for their set, a 1/10th scale miniature, and then got to work on a three month production schedule for this classic, meticulous stop motion style. What does this get you? Three one-minute long episodes. This is not an Instagram Story. Using an MS-DOS run computer program and motion machine that was last used on the film Starship Troopers (!!!), Foster’s effects wiz Matt programs the camera moves so they can do multiple takes and be sure of an identical path every time. Each shot has at least four passes: one for the animation, one on a green screen for the backgrounds, one for the light, and one clean slate to build each shot on. The result gives a verisimilitude that feels as if you are plopped into the middle of a scene from North Shore. 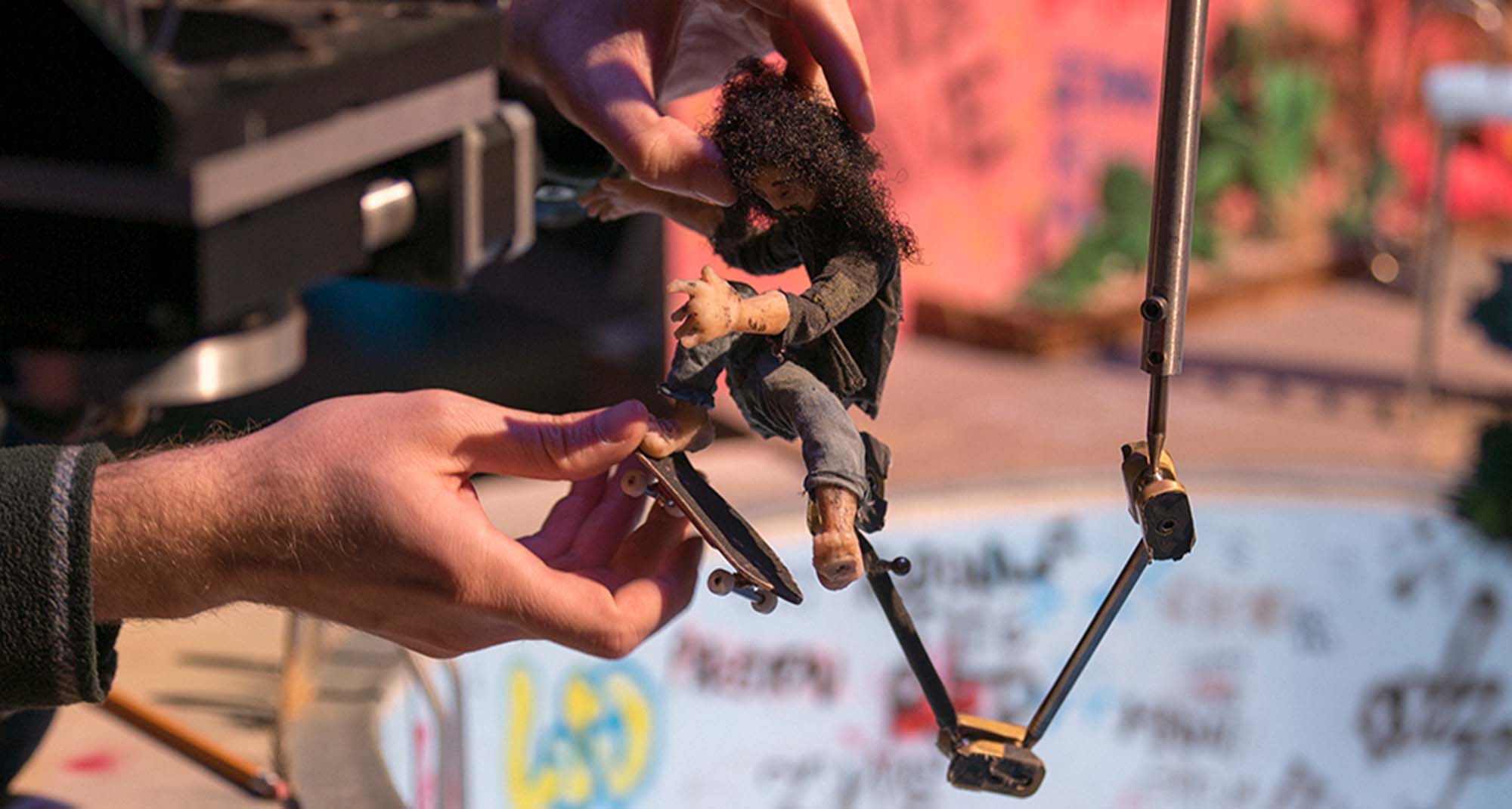 Representing the physics of skateboarding in a realistic way through stop motion was very important to Foster. “Everyone that works on the project skates,” he explains, “We’ve redone shots because it didn’t feel like a real McTwist—not that we can do McTwists—but we know what a McTwist or a smith grind should look like. We’ve been very attentive to that. Skating is a big part of the DNA up here.” The puppets blast airs over your head in the deep end and boogie to the music on the deck, gyrating their hips then dropping in and scraping over the stairs with a pump that has an actual sense of gravity. The details, from the airbrushed pool graffiti to the color of the beer bottles, all add up to what is a refreshing, fully realized piece of art, rarely seen through the lense of social media. “Hollywood is putting out total garbage and no one is really taking risks the way that I think they should. I think that a lot of the new, cool stuff is going to happen on social media,” Hunter says of the decision to release the series on the gram. Pool Scum does what any good art does—push the medium forward. Thankfully we get to see McTwists while it’s happening.