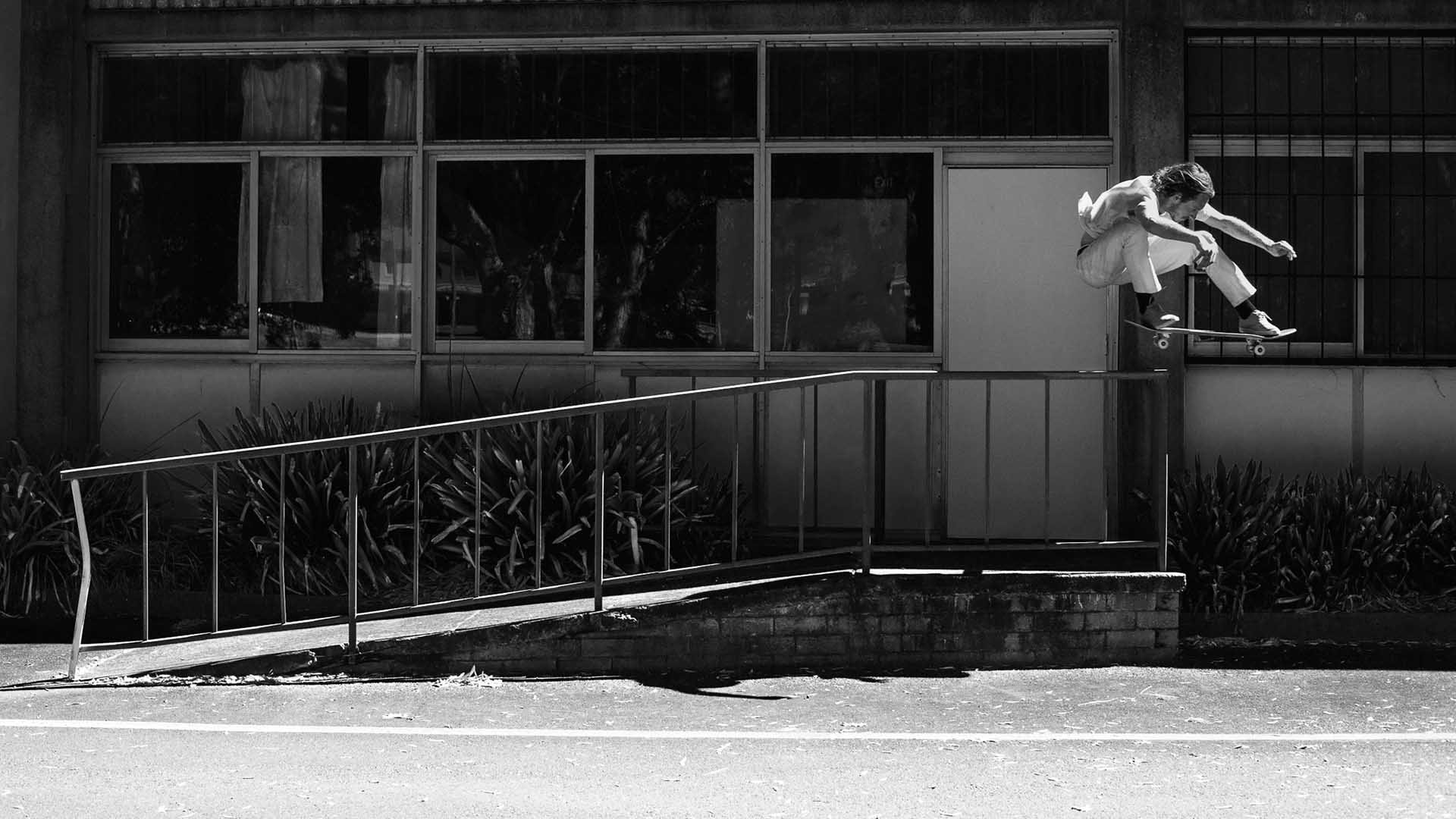 HUF trips are the perfect mix of biz and pleasure.

A few months back, long time chums and HUF compadres Craig Anderson, Sammy Winter, and Austyn Gillette were given the ultimate excuse to hang out with each other for a couple of weeks: filming for us. The trio have been thick as thieves since our Team Average initiative way back in 2012, and it’s no coincidence that they’ve all ended up on HUF. Austyn was the first to sign with Keith Hufnagel’s brand, followed by Sammy, with Craig signing the dotted line two years ago (becoming the first surfer to do so). The thing about surf/skate trips is that someone’s always got downtime. You can occupy your downtime in plenty ways. Trying your hand at filming perhaps, as you see below, but as we know, booze is by far the most pleasurable way to occupy your spare time. It’s safe to say that the boys enjoyed their fair share of ‘socialising.’

They headed to Melbourne to skate, where they got the majority of the footage in the clip and then zipped back to Sydney before hopping in the hire car and heading south. Average-to-fair waves were surfed (expertly by Craig and enthusiastically by Austyn), many tins drained, and rumours of a brush with the law regarding motel room shenanigans have reached the office, but at this stage remain unconfirmed.

In aid of the good times that we had with the HUF gang we’ve cooked up an exclusive collab. The logo, naturally, is a prisoner holding an ale: because most of us from ‘down under’ are descended from convicts, and liking beer’s the one thing that we can all agree on. Two tees in khaki and green, and a crew jumper in black. Numbers are limited and it’s first in best dressed, so don’t wait.

Get your mitts on the swag here.