In April, we launched the Monster Children Short Film Awards with our friends from Lake Wānaka Tourism, and there was much fanfare, trumpets and bunting.

The winner, we said, would take home $10,000 cash, a Sony Cinema Line FX6 camera—plus a Sony 4K lens—and, as if that wasn’t more than enough, we also threw in the opportunity to co-produce a film in Wānaka, NZ with Monster Children Films. Quite the prize pot, no? And we have a winner, and he’s been to Wānaka to shoot his film. That’s it above, and that’s our interview with him below. His name is Jake McCann. Let’s say Kia Ora.

Wow, so going back for a sec, how did it feel to be selected as the winner of the first-ever Monster Children Short Film Awards?

The whole thing was surreal. I remember getting the call and just being speechless. I was already stoked when I saw my film on the MC site as a staff pick, so to then be chosen as a finalist and go on to win just blew me away.

Talk to us about the treatment you submitted and how you developed the idea?

Well, the timing of everything really threw me around. The week I began working on the treatment my best friend passed away from melanoma, so everything felt pretty dreamlike. I just dug deeper and deeper into this treatment. The story started shifting and began following this individual’s journey from disconnection to solitude and how, through the experience of Wānaka, we can begin to feel connected again to the lands around us.

Where does your film title A Place to Stand come from?

There is a powerful Maori concept I was introduced to called ‘Tūrangawaewae’, which symbolises places where we feel especially empowered and connected; they are our foundation, our place in the world and our home. Broken down, tūranga (standing place) and waewae (feet), is most often translated as ‘a place to stand’. Hearing this and the power it carried, it only made sense to carry this through to the title.

What was it like to bring your vision to life with Monster Children Films in beautiful Wānaka, New Zealand?

The entire experience was incredible. Having Wānaka as our canvas certainly made it easier to bring the story to life. Every road you’d drive down and every place you’d stop you’d just be in awe of the landscape; of the colours and the textures, even the weather, it all really came together and allowed each shot to truly stand out. 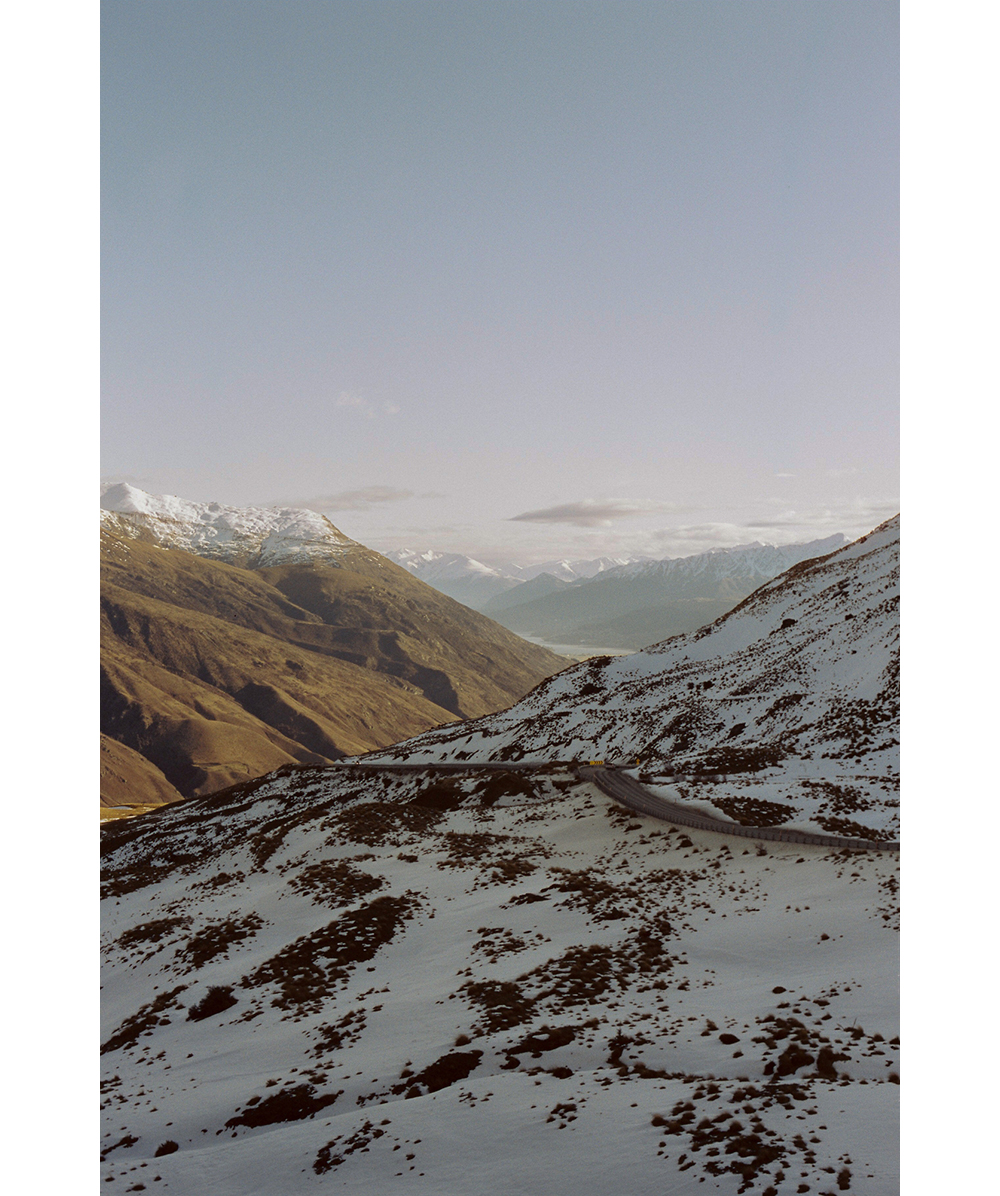 Had you been to Wānaka or the South Island of New Zealand before this?

Seven years ago, yeah. Passing through in our late 90s Tarago with its pink and yellow Sex Pistols decal screaming down each side. We’d just spent a cold, wet night sleeping in the carpark of the Lake Hawea pub and came through Wānaka the following day, rattled and not talking and so I stopped at the skatepark as the sun began to shine, enjoying a quiet morning there and seeding nothing but fond memories for this town of Wānaka.

How did the place stack up to your expectations?

Seven years is a long time, so it was nice to go back and experience Wānaka in a totally new light, the place is beautiful. Surrounded by mountains on either side, it has a pleasantly welcoming feel and so we’d casually stroll down to the lake bar between shoots and sit outside, staring at the neighbouring landscapes while enjoying a few beers. The place was a dream.

Looks like you scored some fresh snow on one of the shoot days. It looked stunning. What was it like up in there shooting in the mountains?

It’s funny, I was pretty late to snowboarding, so I relied heavily on the crew to make sure any unspoken nuances were addressed, like the way you should let your leg rope drag behind when carrying a surfboard, you know? Those sorts of things. But, that being said, it was a lot of fun shooting up the mountain for the first time and despite the weather challenges we had, I was stoked with what we were able to get.

How did you scout out the rest of the various locations in Wānaka, and what qualities were important to you as the director to help bring your vision for this short to life?

Fortunately, we had a great crew both here and there on the ground who were able to assist with pulling together a list of potential locations. I felt like those regions—and in particular, the mountains—have been shot to death, so when looking at locations I was hoping we could focus on some other zones that were complimentary to the mountains, places like the nearby winery and a small, lakeside cabin.

You worked with a bunch of local crew in Wānaka. How nice are Kiwis?

They’re great. The crew were incredible to work with and it was really nice to get to know everyone a little more personally as well—made for a memorable week.

Did you eat any Pineapple Lumps when you were there?

I had to Google what they were and they sound horrible. Glad I missed them! (laughs)

You won some pretty sweet prizes: Sony camera gear and a big bucket of cash. Did you end up using the Sony gear in the shoot on location?

Fortunately, I was able to hand all camera responsibilities over to Chris and sit there all snug with my director’s monitor calling orders. Since coming home, though, I’ve taken the new Sony for a few spins, and it sure has got me excited to start work on some upcoming projects.

What are you doing with all that cash? Have you pretty much retired now?

(Laughs) The sad truth is it went straight on the mortgage; priorities definitely shift after a small child comes into the picture!

What’s next for you?

I’ve recently left my marketing job with Rhythm after close to five years and stepped into the world of freelance. The intention is to go deeper into the filmmaking and photography world and see where it may lead.

Thanks, Jake. We’re stoked that we could bring this project to life with you.

Thank you, stoked to be a part of this one!