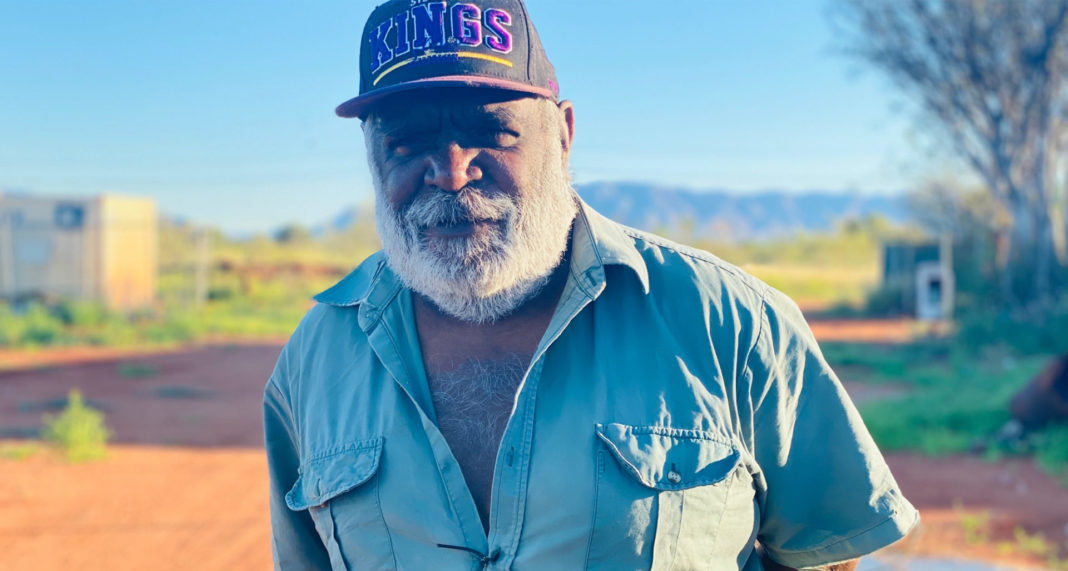 Sammy Butcher, who many of you will know as a member of the legendary Warumpi Band, is one of the leading figures in the Indigenous music scene.

Self-taught from the age of 10, Sammy went on to become one of the founders of the Warumpi Band, and these days you’ll find him championing musicians from the bush as a  respected senior Elder and leader of his community in Papunya.

But now, Sammy needs your help—after suffering a total of four strokes (two in the last year), Sammy’s mobility has been hugely affected. As an Elder in his community, Sammy is heavily relied upon and needs to be able to get to places around Alice Springs (which is three hours from Papunya), to the homes of family members who need his support, and most importantly, to make his hospital visits.

Right now, Sammy is unable to do any of the above as he has no mode of transport, and so the good folks at Support Act have started a fundraising campaign in the hopes of raising enough money to help him get a decent car. At the time of writing, the campaign has raised over $17,000 of its $30,000 target.

Please show some love and support to Sammy, a respected Elder of our First Nations music community and help him by donating here today.