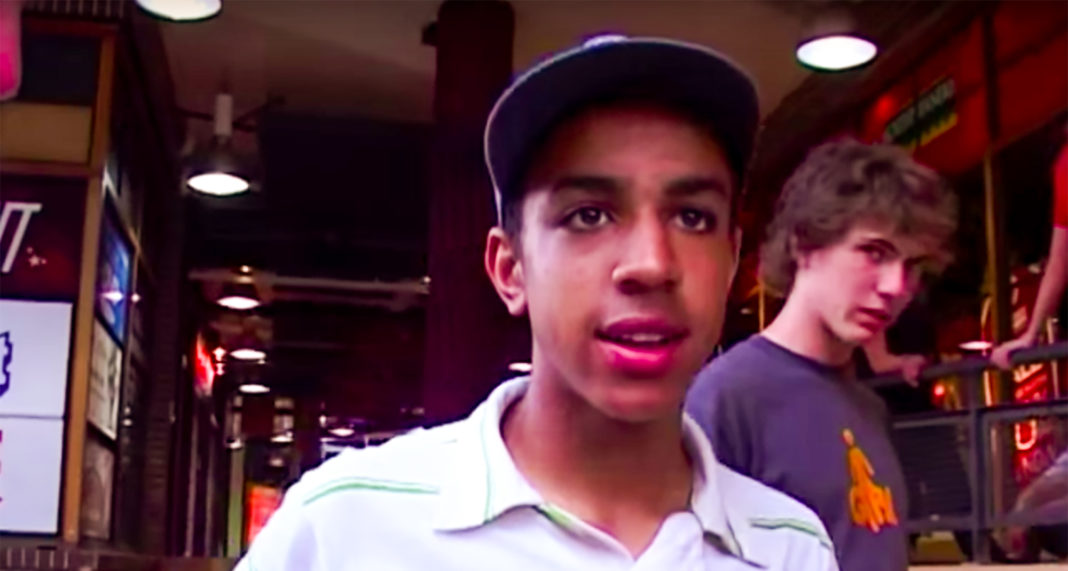 G’day and welcome back to the ol’ skate column, Vandals, Posers, Athletes.

This week I want to focus on the strange island that is Australia. It’s a place where we celebrate such cultural iconography as the mullet (haircut), the Southern-Cross (tattoo), the double-plugger (footwear), as well as sunny beaches, pokies, unaffordable housing, and racism. ‘Straya! This is the nation that invented plastic money, Wi-Fi, the hills hoist and the four-litre sack of goon. The sunburnt country. The great southern land. The ‘lucky country,’ that’s ‘run mainly by second rate people who share its luck,’ to quote Donald Horne. ‘Ken oath carnt.

There’s much to love and hate about this big contradiction of a country. In terms of the good stuff, a fair bit of quality Australian skateboarding has surfaced on the interwebs in recent times. And since I’m here to serve up hand-picked skateboarding edits from the digital world, let’s have a look at some farken’ fair dinkum ‘Straya clips that are worth your attention this week.

Kiss Me in The NT

It doesn’t get much more quintessentially Aussie than the red dirt of the Northern Territory outback. And when it comes to quality Australian skateboarding, it doesn’t get much better than the Pass~Port team. Put them both together in the form of a 12-day trip and the result is Kiss Me In The NT, a video filmed and edited by George Kousoulis with graphics and direction from Trent Evans. This particular trip, which was part of a collab with Carhartt WIP, saw Jack O’Grady, Matlok Bennett-Jones, Josh Pall, and Callum Paul jumping in the van and skating some pretty unknown spots between Alice Springs and Darwin. The dancey indigenous ‘desert reggae’ song by Lojamanu Teenage Band provides a rad soundtrack to the Super 8 footage of crocs, Uluru and vast red landscapes. Stylish low-impact skateboarding and, all in all, a beautiful edit.

Australia has a long tradition of poaching stuff from New Zealand and claiming it as our own. Just look at the lamington, the flat white and tuff kent actor Russell Crowe. Local N3ws, ‘a local Australian skateboarding film by Harrison Herkess,’ is another case in point. It’s a Melbourne video stacked with Kiwi skaters, including Gareth Stehr, Jayden Robson, Tawa Hayes, and Justice Reid. Then there’s Sergio Reinhardt, Yuta Tanaka, Chris Vaughan, Will Hine, and Woody Butwilowsky, plus a bunch of friends, affectionately known as the ‘fellaboys’. Bloody great video though. I appreciated the VX and grainy Super 8 footage, the wavy violin intro, and the mateship vibe of the whole production. Juzzy’s switch tre at Central Station in Sydney was also a highlight. Onya, fellaboys.

Cenny Coast local Sam Fairweather has dropped a heavy new part for Sydney’s 335 Skate Shop. Filmed and edited by Brendan Gardoll, the YouTube description simply reads, ‘wallow in eternal turmoil,’ which feels fitting with this heavy as fuck song by Disembodied. From the Barley Grind opener to the lipslide into The Pit to the kinker ender, it was all real proper. Here’s a fun fact from the Insta algorithm: Sammske’s ender, which was a mind-boggling 180 switch 50-50 on a kinked handrail, got picked up by a few different Instagram accounts, including @metroskateboarding. That was where esteemed athlete and highest paid skateboarder in the world Nyjah Huston saw Sammske’s clip and commented, ‘that was FUCKED UP.’

Here’s Nike SB’s first all-women’s skate video, which pays respect to the pioneering style of Elissa Steamer and showcases the recent rapid progression of women’s skateboarding. While it’s admittedly a stretch to throw GIZMO into this list of Aussie edits, it does include one up-and-coming Aussie: Hayley Wilson from Mansfield, Victoria. She has been on an all-out rampage lately, getting second place in the Street League event in London and earning her place in this video among some of skateboarding’s heroines, including Elissa, Lacey Baker, Leticia Bufoni, Sarah Meurle, Josie Millard, Nicole Hause, Aori Nishimura, and Rayssa Leal. All in all, it’s a refreshing reminder that the women’s skate scene is stronger than ever. Keep your eyes peeled for Hayley Wilson.

I figured I would end the column with a little bit of Aussie nostalgia. It’s definitely not an easy task picking just one old part from the entirety of Australian skateboarding’s archives. It led me into a deep YouTube vortex spanning Dustin Dollin, Dane Burman, Shane Cross, Lewis Marnell, Shane Azar, Jake Duncombe and a couple of others. In the end, I settled on Chima’s part in the Killself video, made by Su Young Choi and Jaime Fazackerley way back in 2005. Chima went on to do such big things, and this video documents how it started in the streets of Sydney. Chima was only 16 when this came out, but it’s still a great part.

Anyway, that’s it for VPA for another week. C u next Tuesday, mates.