‘When I hear “20 years.” I kind of shudder. Like, ‘Goddamn, it took me so long to make it.’ Charlie Samuels is talking about his first full-length documentary, Virgin Blacktop. He’s a fast-talking East Coast dude in his 50s, clearly excited about his new movie, but admits, ‘I was naïve about what it takes to make a feature film.’

Virgin Blacktop charts the lives of a little-known skate team who got together in Nyack, New York in the mid-‘70s and called themselves The Wizards. Charlie lived through the era and was part of the team; he spent his youth filming his friends skateboarding before going on to enjoy a long career as a photojournalist. He explains right at the beginning of the film, ‘I didn’t know it then, but I started this film in 1976.’ 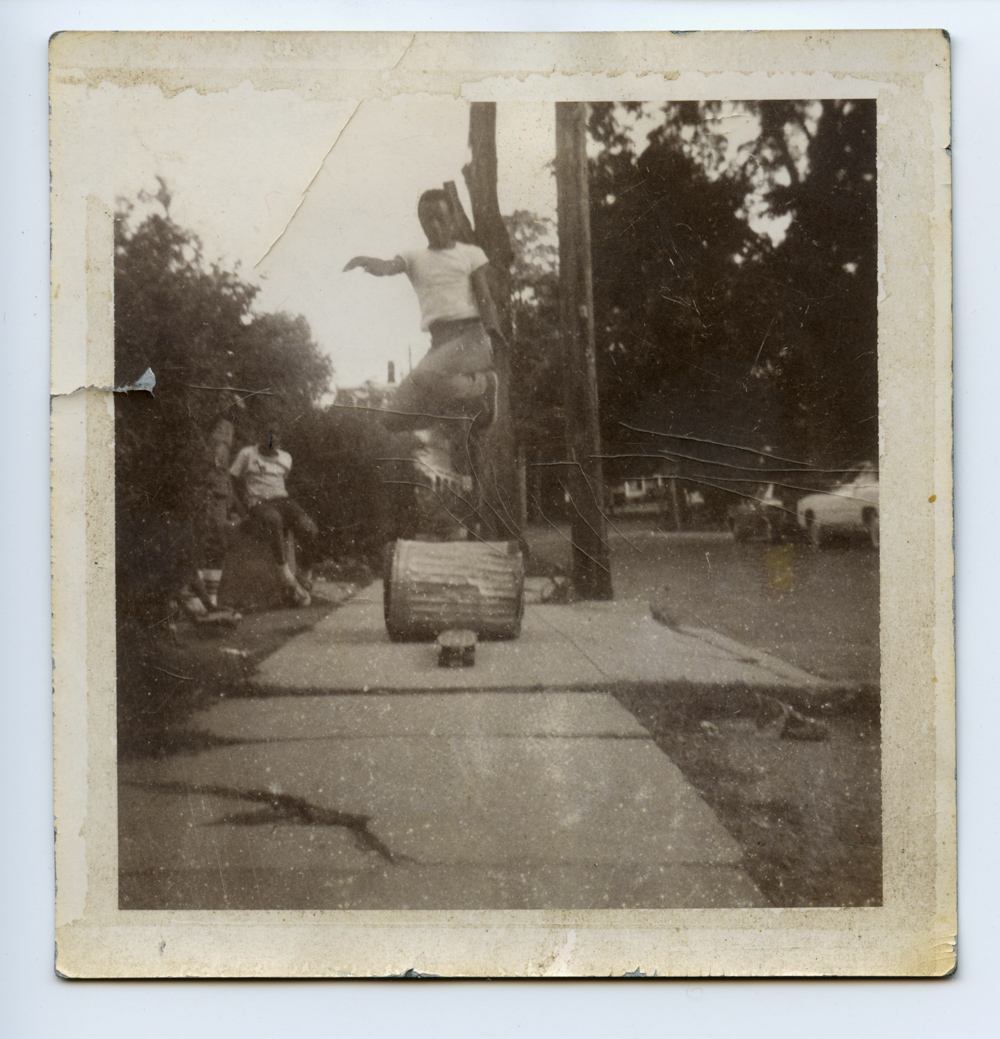 It wasn’t until 1994, when he organised a Wizards reunion and saw how much his friends’ lives had changed, that he started consciously filming for the doco. 20 years later, in 2014, he stopped shooting and handed the footage over to a filmmaker and ex-pro skater by the name of David Couliau, for editing. The result is a historical and sometimes sentimental story about an ethnically diverse group of skateboarders.

‘We practically had nothing in common except for skateboarding, and that little feather made us lifetime friends,’ says Charlie of The Wizards. It’s a sentiment that most skaters can relate to and hints at a story about a bunch of dudes who diverge and reconnect over the course of wildly disparate lives. The way they grow apart is particularly interesting: one dude turns pro, one goes to jail, and another becomes an attorney; one sails a little boat around the world, another dies young, and so on. 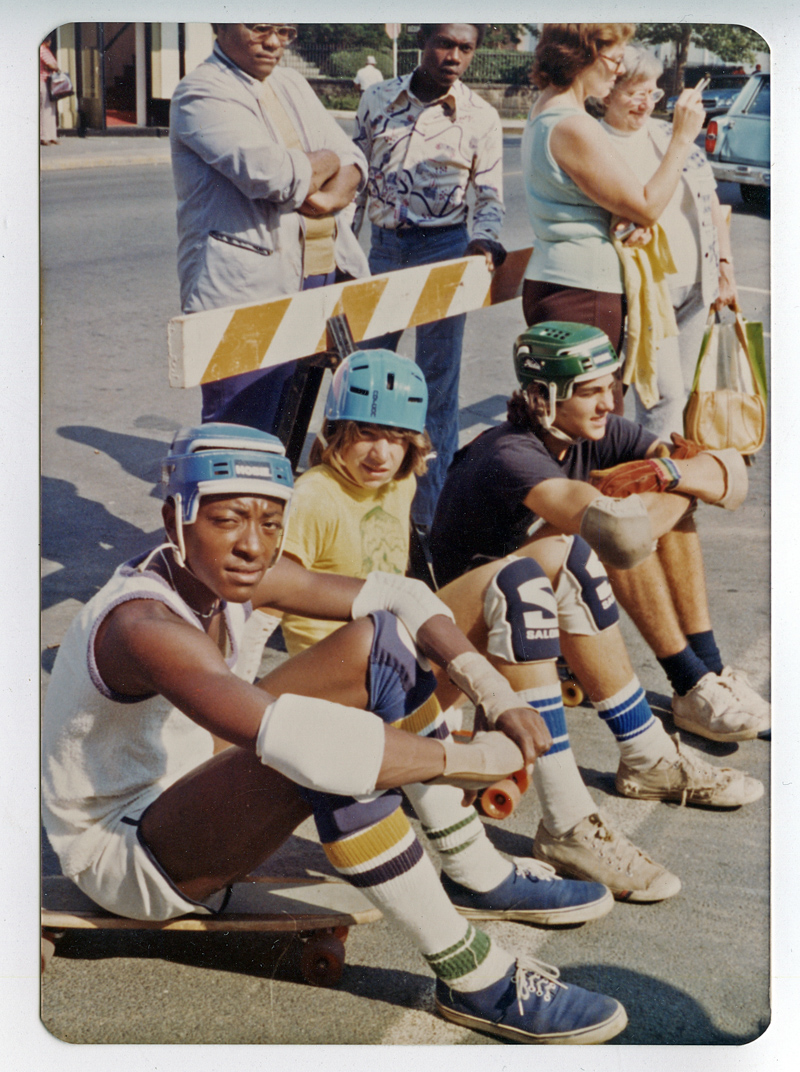 At times it gets heavy and personal, presenting events that clearly weren’t easy for Charlie to document. I ask him if he ever felt like turning the camera off. ‘Oh, absolutely,’ he says. ‘I mean, the best example is going to Michael’s deathbed with my camera. I really didn’t think I should be doing this. And then other times: like, should I be showing Jamaal coming back and actually greeting his father after he comes back from jail?’

These might be the most powerful moments in the film, but it’s easy to see why he wouldn’t have enjoyed pointing the camera in his friends’ faces while they were at their lowest. Charlie says he had to ask himself, ‘Is this a corny thing to do?’ but ultimately decided that these details were important, if painful. 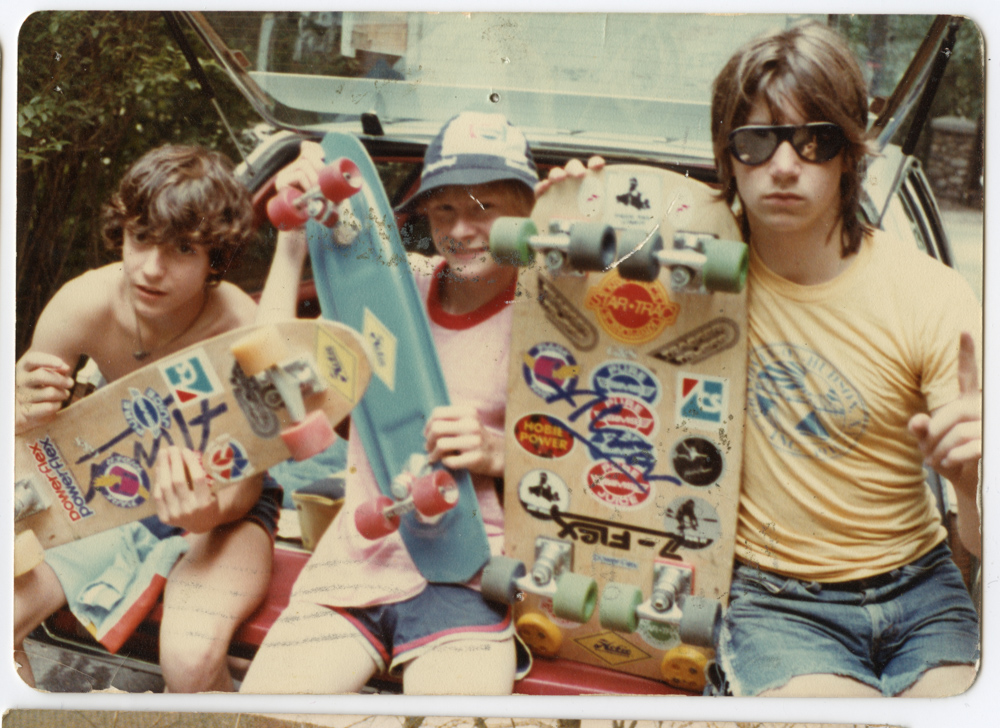 Race is another of the film’s important themes. Nyack was a multi-ethnic community and The Wizards were made up from a mix of Anglos, African-Americans, and Latinos. Charlie says Nyack was quite a progressive and tolerant place in the wake of the civil rights movement, but when The Wizards would travel interstate for comps, things were different. People stared. They sometimes got hassled by the cops.

‘When we would enter a skatepark or go to a contest or a demonstration we’d see these funny looks by white people and I knew in my subconscious what they were saying—like, ‘What are you guys doing hanging out with each other?’’ says Charlie. ‘We refused to acknowledge it and we just went about our business.’ Their ‘business’ was skateboarding, and the film never strays too far from this common thread. 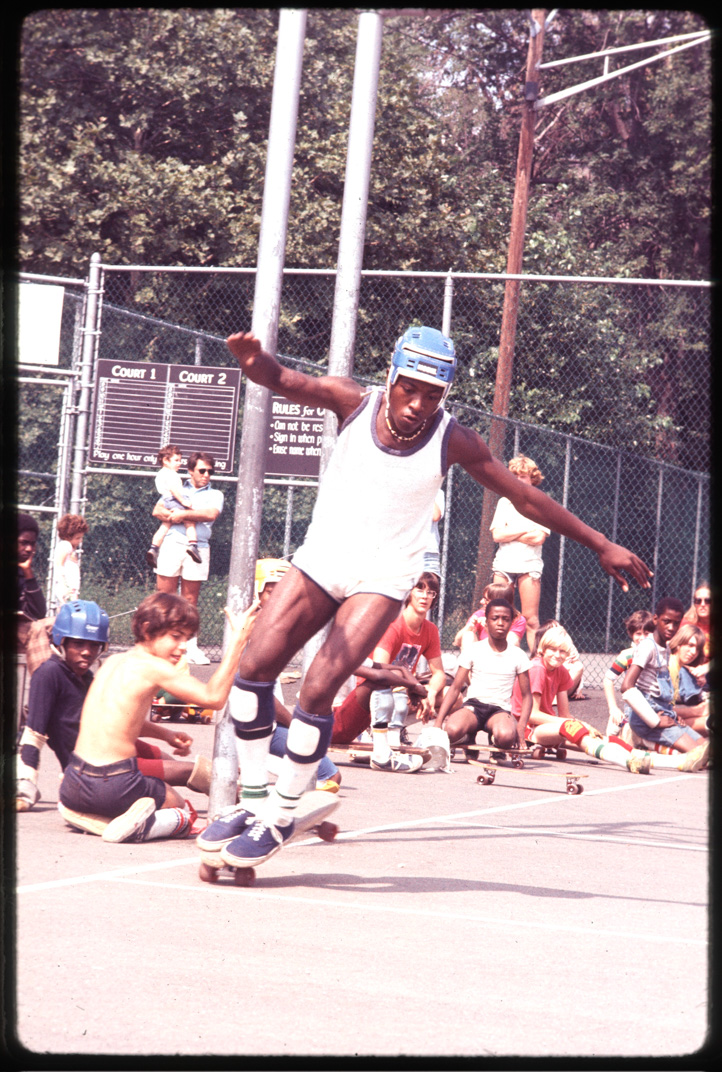 For a modern skateboarding audience, there are parts of Virgin Blacktop that diverge from the current script about what’s ‘cool.’ For starters, The Wizards are a freestyle team, which is a style of skateboarding that has largely been shunned and buried under street skating. Then there’s the fact that some of The Wizards push mongo (a kooky-looking front-foot push stance), which is nothing short of inexcusable in the modern context. But Charlie says in his era, these rules simply didn’t exist.

‘Even in the poster you can see me mall-grabbing,’ he says when I bring up these skateboarding faux pas. ‘There was no such thing. I mean it was so long ago that it was so far from being cool… You didn’t even concern yourself with any of that kind of stuff. We were social misfits until people raised an eyebrow and said, “Oh wow they actually can do something with these boards.”‘ 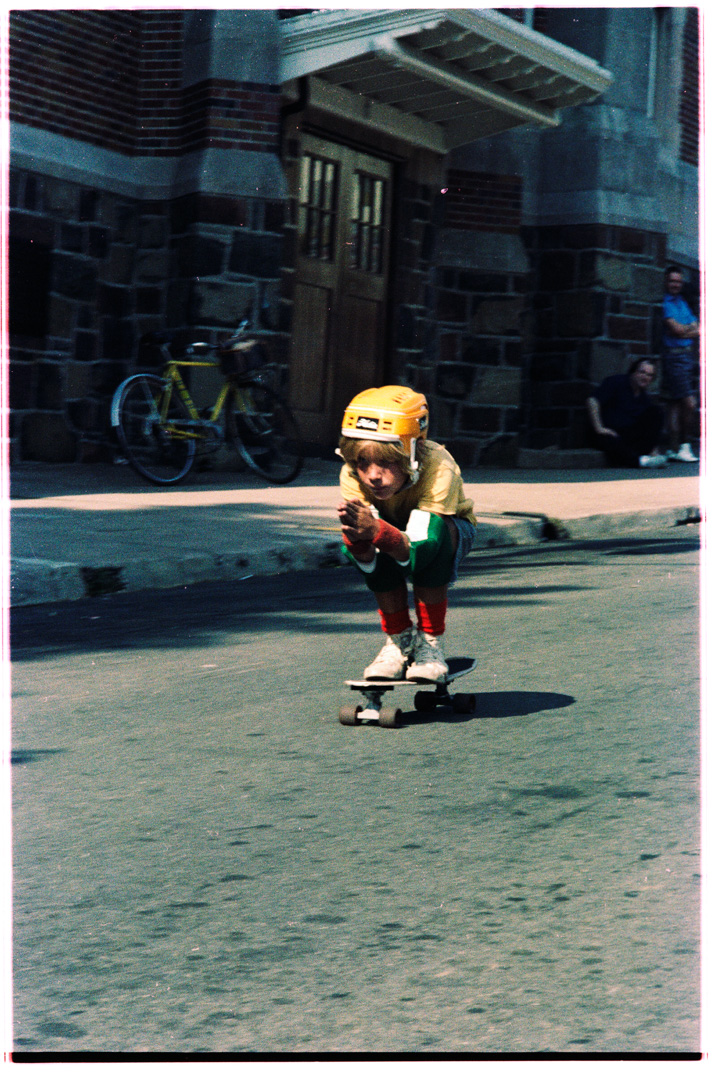 These days it’s hard to imagine a world where skateboarding didn’t yet have its own culture (and a set of rules). And even haters of freestyle would have to admit that crews like The Wizards contributed to the progression of street skateboarding. Joe Humeres was the Wizard who took his skateboarding the furthest, getting photos featured in Thrasher and Transworld and briefly turning pro before freestyle died in the early ‘90s.

Charlie Samuels has also been heavily involved in skateboarding over the past five decades. He’s dropped off the radar at certain points and watched the trends come and go, but he still skates today. His photos of Jamaal Bey, Joe Humeres and the legendary star of Kids, Harold Hunter, have been published in the big mags and became part of his legacy, along with this film. Virgin Blacktop is sentimental at times, but overall it’s a universal story and a piece of history about a crew of skaters from a bygone era. 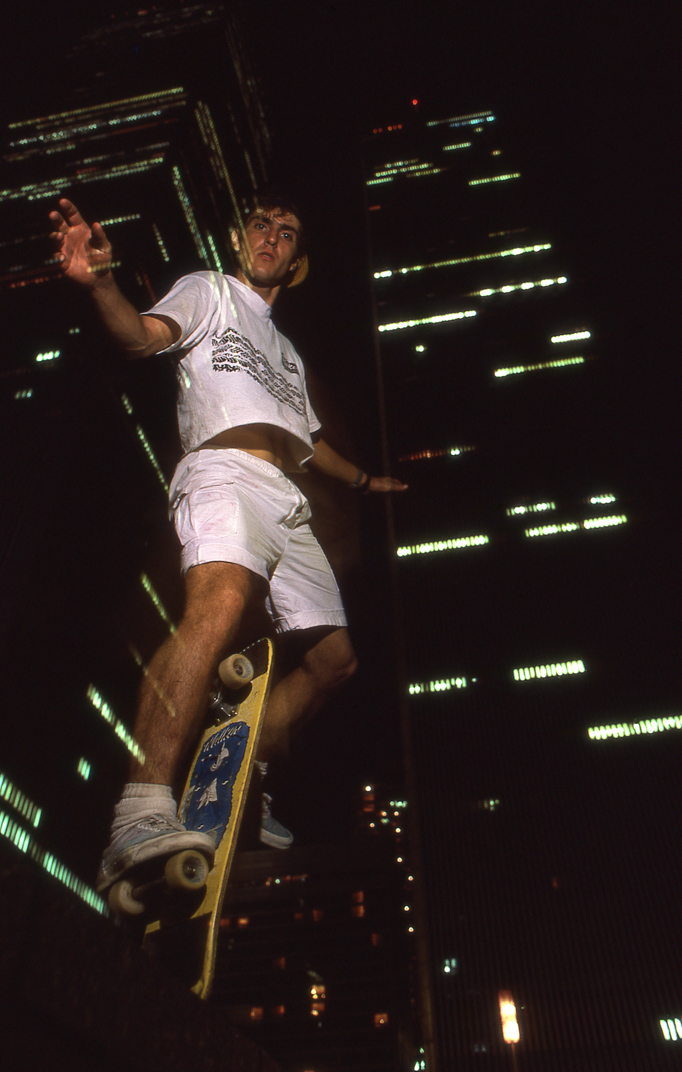 Charlie says he might still be filming it if it weren’t for a gentle nudge from his wife. Back in 2014, she told him, ‘Charlie, man, you’ve got to get this thing behind you. This is not something that should last a lifetime. You either quit it or you start editing it.’

Virgin Blacktop is now premiering across the States and will be doing the rounds in Aus sometime in 2019. 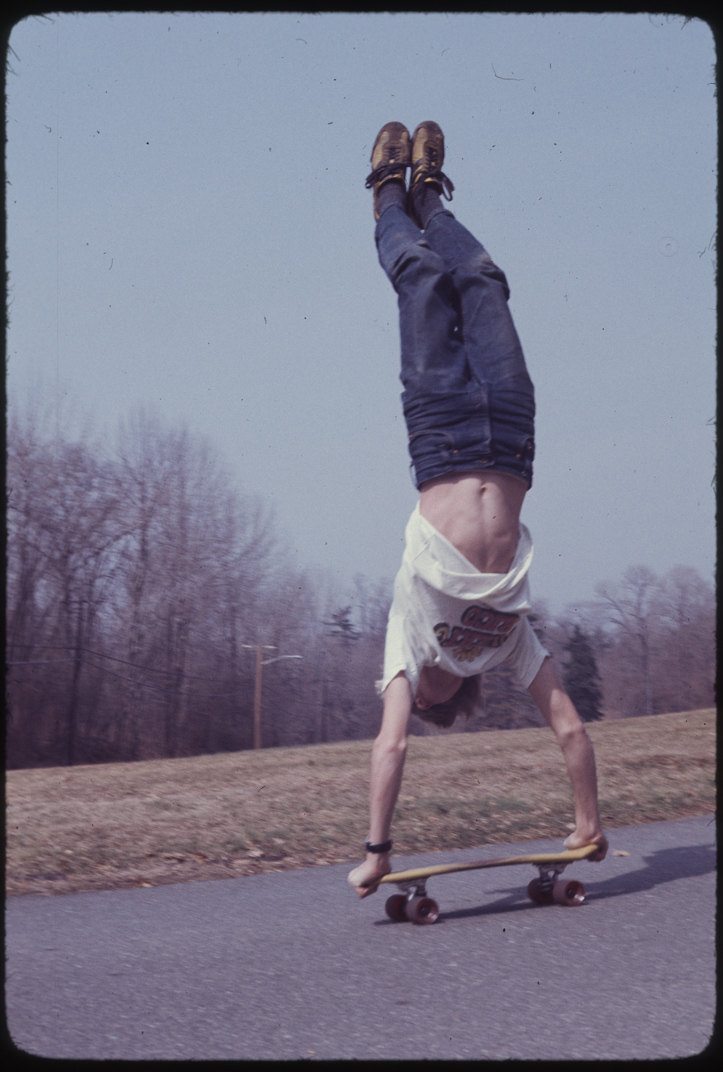