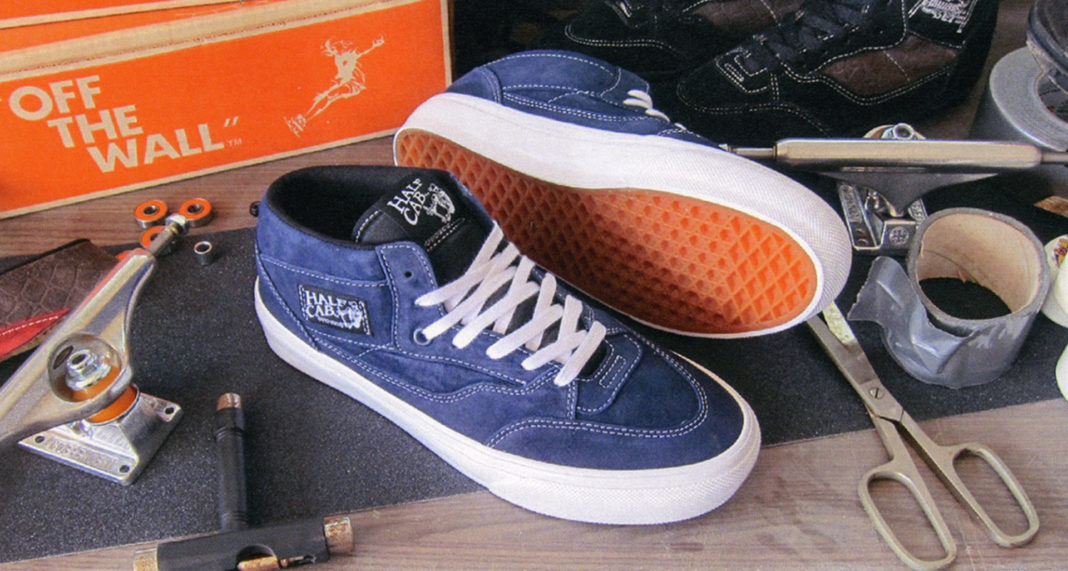 It only makes sense that one of the most recognisable shoes in skateboarding was first created with nothing but scissors and duct tape.

Born out of necessity in 1992, skaters created the original Vans Half Cab by cutting down high tops into customised skate shoes. 20 years on, Vans are celebrating the birth of the Half Cab with a modern take on the OG design. The new Skate Half Cab ‘92 features a suede upper, a molded heel counter and locked-in tongue straps with premium heel hold keep feet locked in for better control. 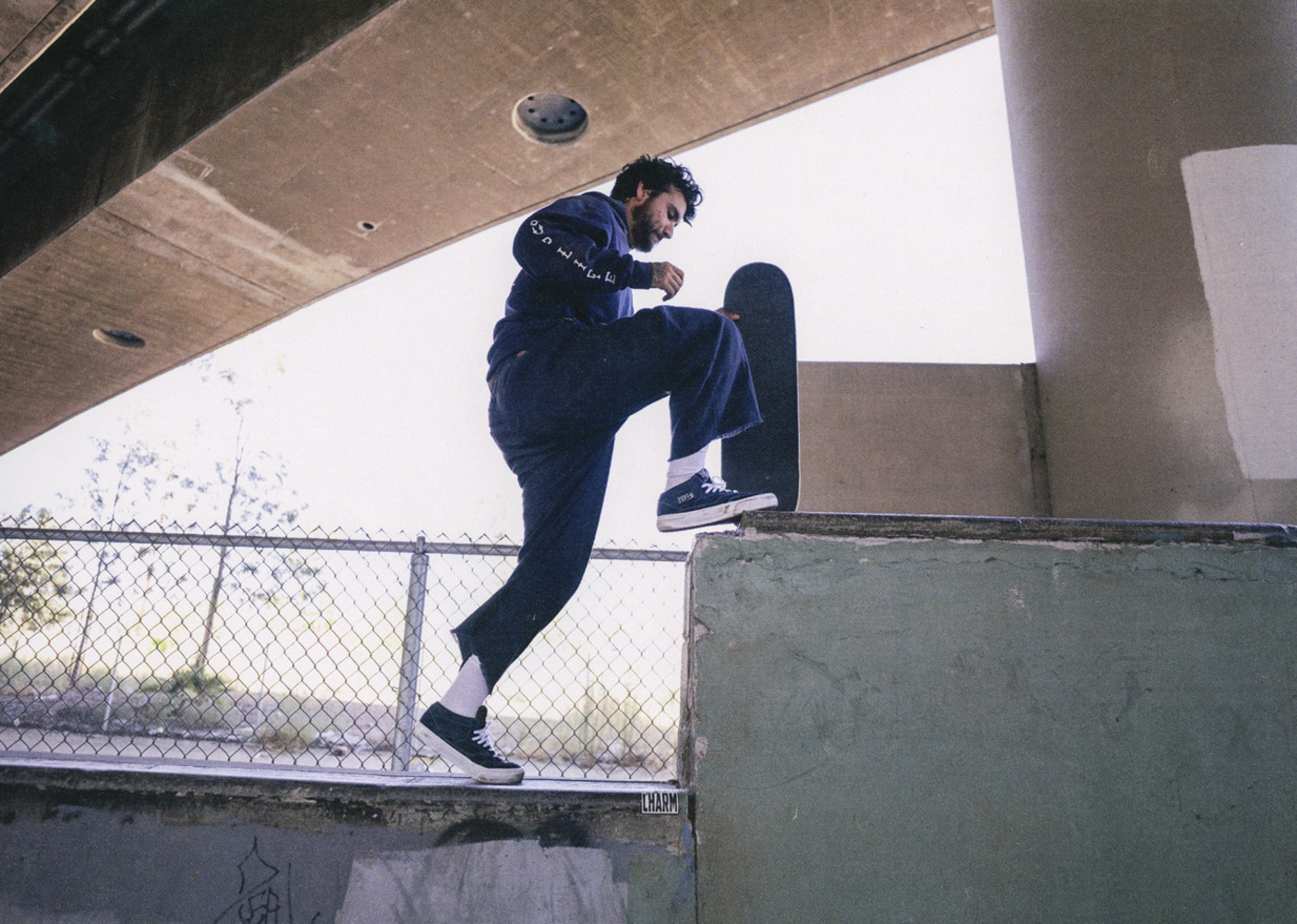 The DURACAP underlay takes on a new shape, adding flexibility and removing excess bulk to eliminate hot spots—put simply, giving skaters the durability where they need it the most.  Plus, Vans best-in-class PopCush energy-return footbeds snap back and won’t pack out, keeping legs feeling fresh to skate longer. The sidewall finish features Vans’ signature Checkerboard flag and Skateboarding graphic treatment in blues and taupe, paying homage to the skaters that made it famous in the late ‘90s and early 2000s.

The Skate Half Cab ‘92 is available now at Vans retail locations, Vans.com.au and partners. 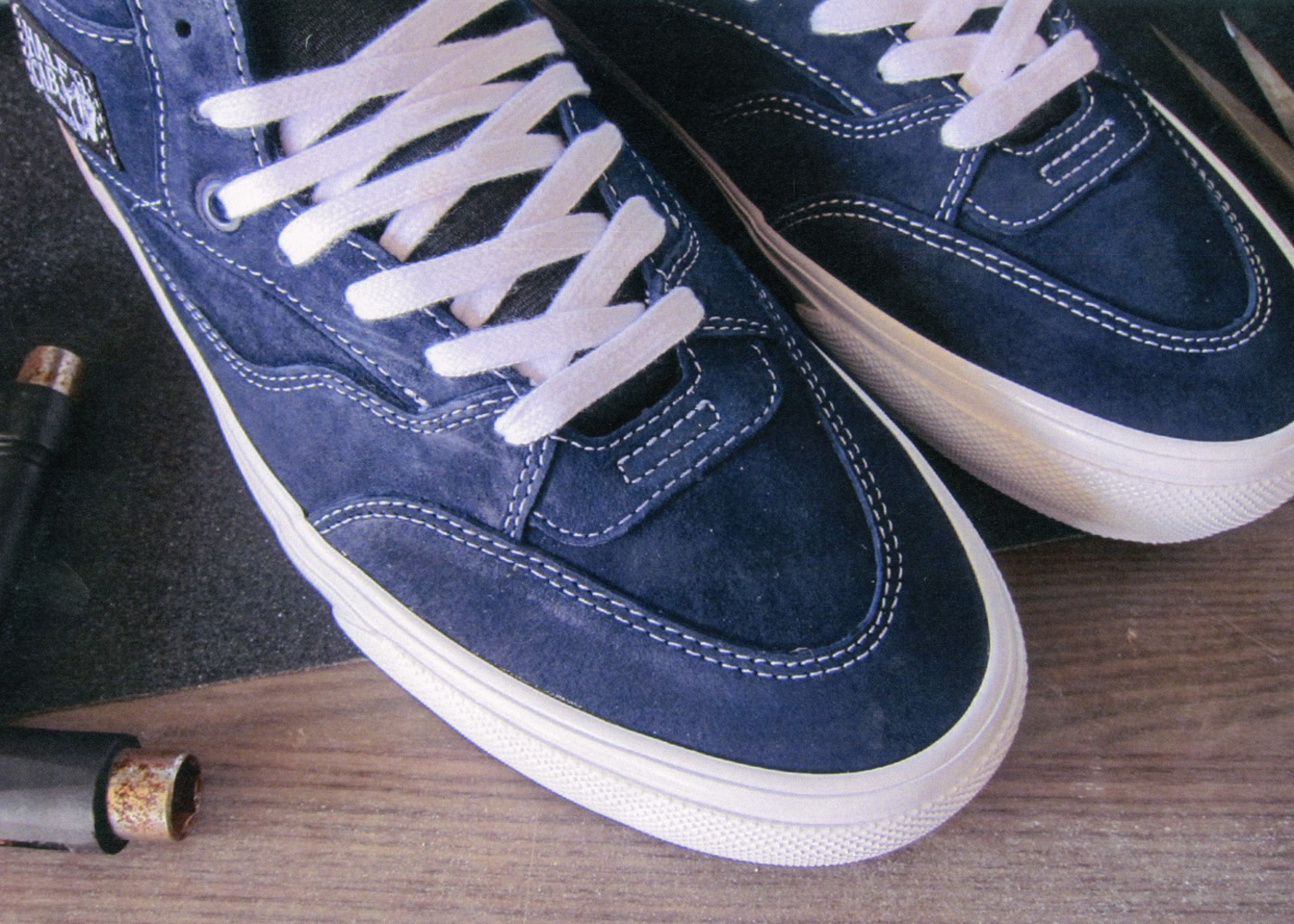