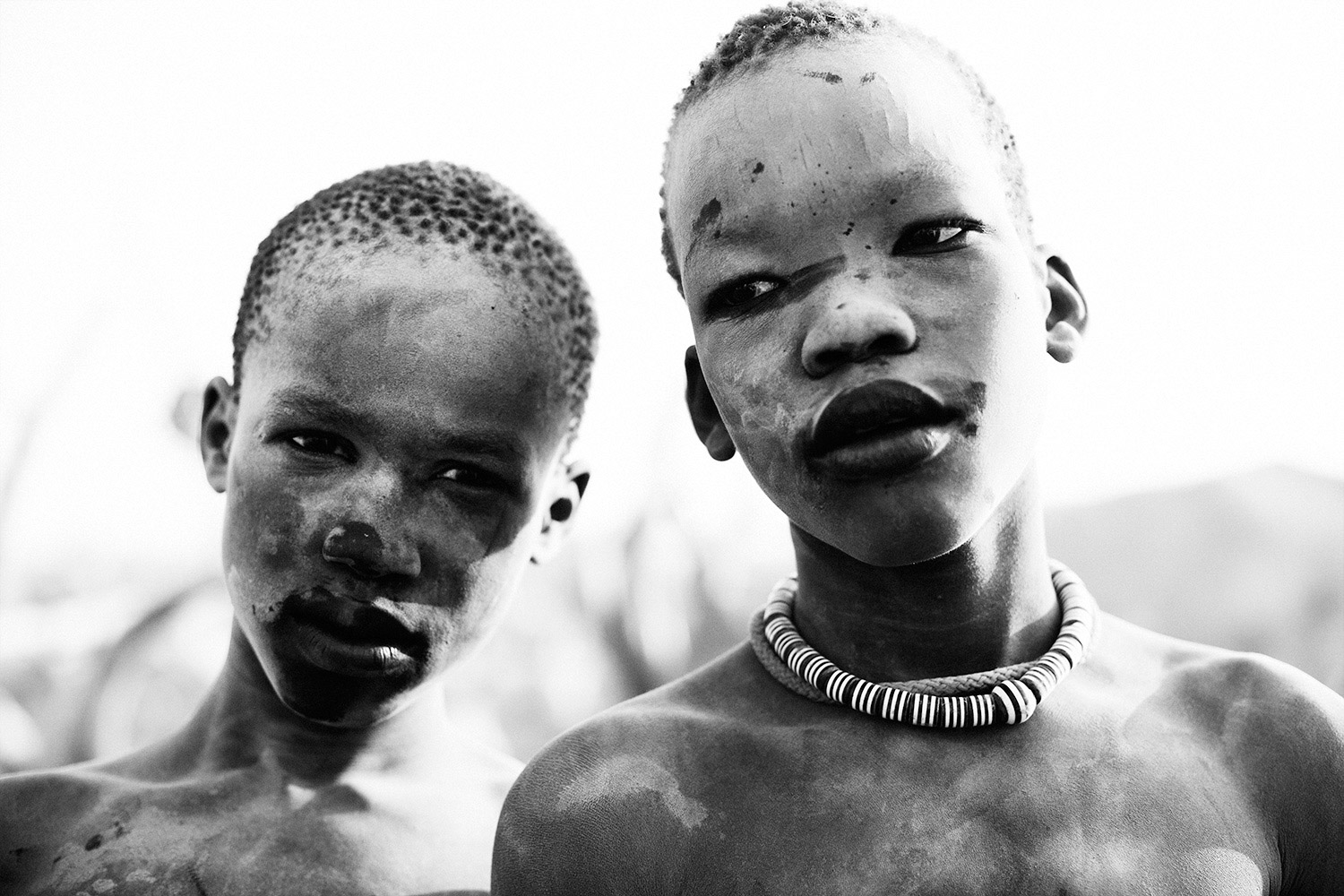 Photography and words by Tara Rice

I was unpacking the back of the truck outside the city of Juba, South Sudan, when someone fired an AK-47 into the air beside me.

The shots were a warning sign to a neighbouring tribe who had preemptively collected (or stolen) cattle overnight as the dowry for a woman who had become pregnant by one of their men. Without knowing that yet, our fixer casually suggested I stop what I was doing until they figured out what was going on. In the meantime, I admired the dust-filled early morning light. I could make out shadowy figures moving across the desolate landscape—men with axes, and kids, usually naked and covered in ash, drinking milk directly from the beloved cattle they slept with every night. The aggressive blast of gunfire melted away, and I sank into the familiar feeling of being someplace completely and utterly unfamiliar.

Over the course of a few days, I was able to visit a few cattle camps of the nomadic Mundari tribe with UNMAS (United Nations Mine Action Service) who were conducting mine risk education talks with the tribes. The talks are designed to help them locate and identify land mines and other UXO (unexploded ordnance) in their territory and report them accordingly. As a nomadic tribe, the Mundari are especially vulnerable to the very real threat of rogue land mines in what was then a post-war South Sudan. Aside from their rare contact with the UN using a few flip phones, the Mundari go largely untouched by modern society. 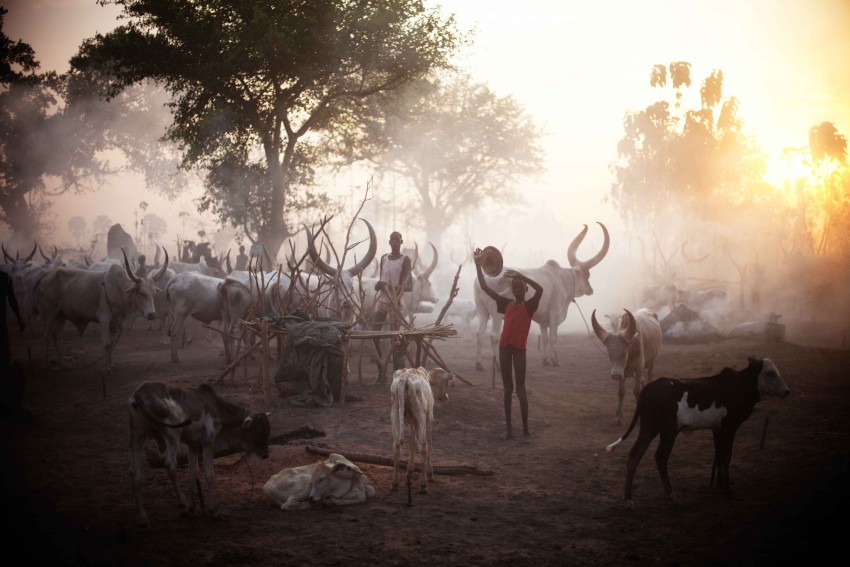 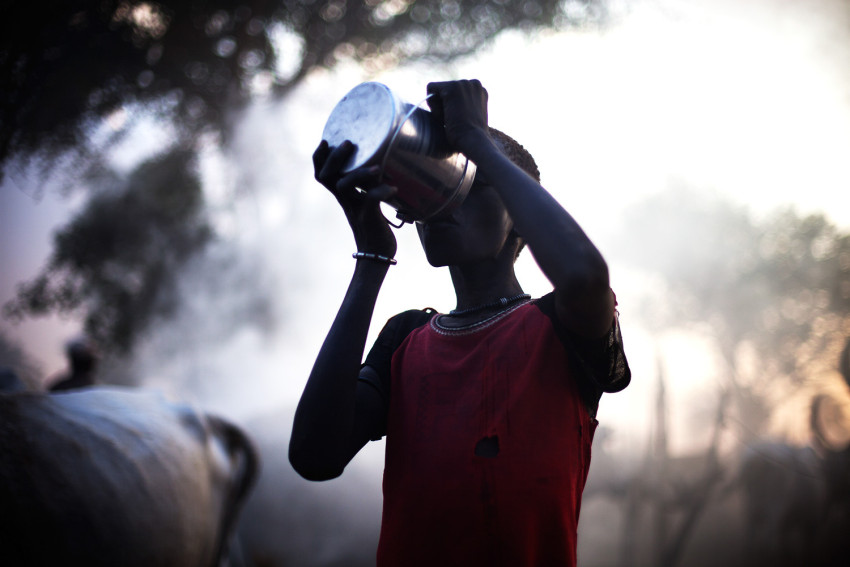 At dawn, I witnessed the quiet morning rituals: cleaning up the camp, collecting milk, and the tribesmen disappearing into the flat plains in search of water and food. At dusk, the men circled around a few drums. Kicking up the dust, dancing in unfamiliar patterns while wielding swords and other weapons, and chanting rhythmically as the sun moved slowly over the distant horizon, I watched in awe as their relatively small tribe became greater than the sum of its parts. 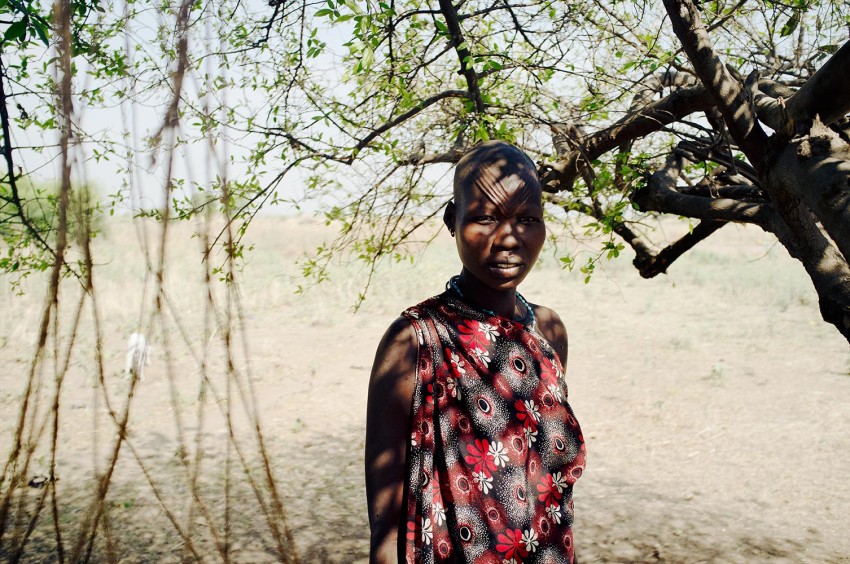 They welcomed me in—despite being unable to communicate any more than gesticulating wildly at them with my camera as I tried to explain what I was doing in the chaos. The simplest way was to take a photo and show them their image. Can you imagine the wonder of never seeing your own face, unless in the reflection of a pool of water, or the random photograph taken once every few years, if that? The miracle of seeing themselves on the back of my camera bolstered their energy as they danced circles around me. The beating of the drums went on long past dark, when we were loaded back into the truck and finally confronted by our own state of being. Ashy, covered in cow dung, clothes and skin dark with dirt and reeking of smoke, I couldn’t help but grin. Through the back window I watched as the sight of men and children holding their hands above their heads to mimic their cattle’s horns slipped into the darkness. 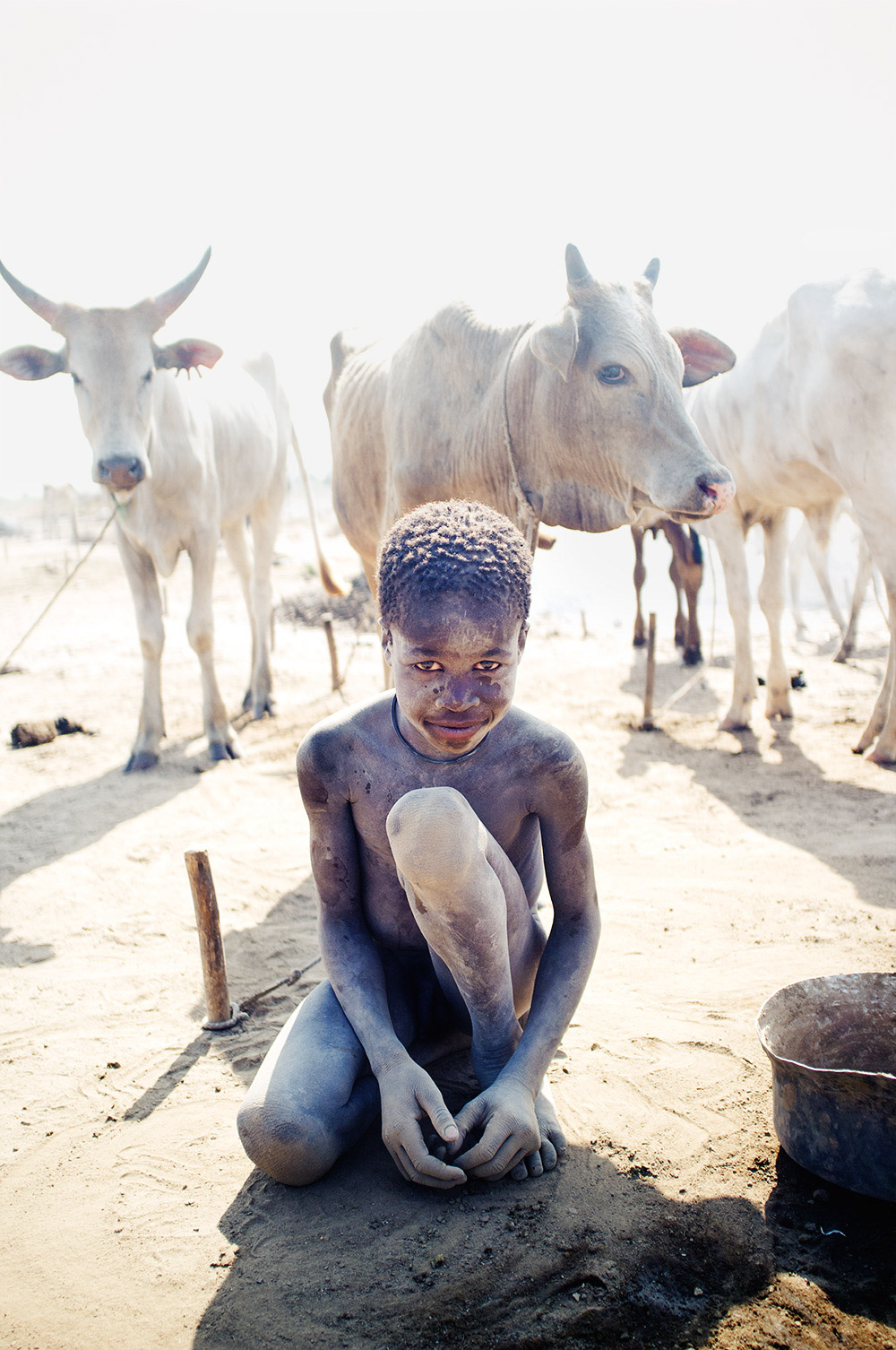 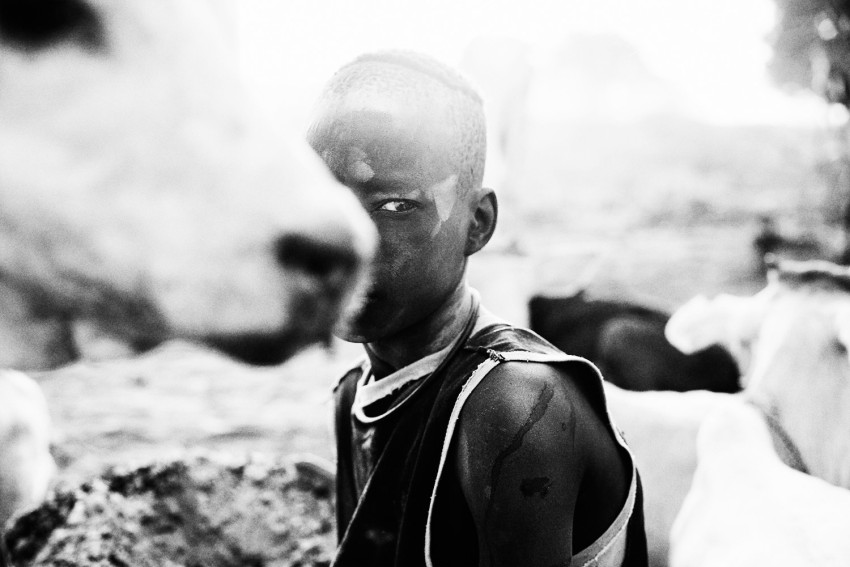 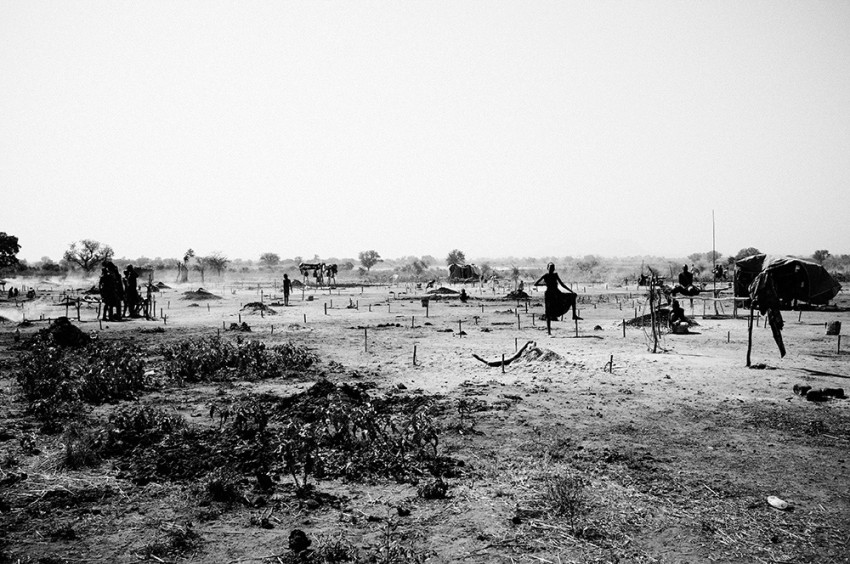 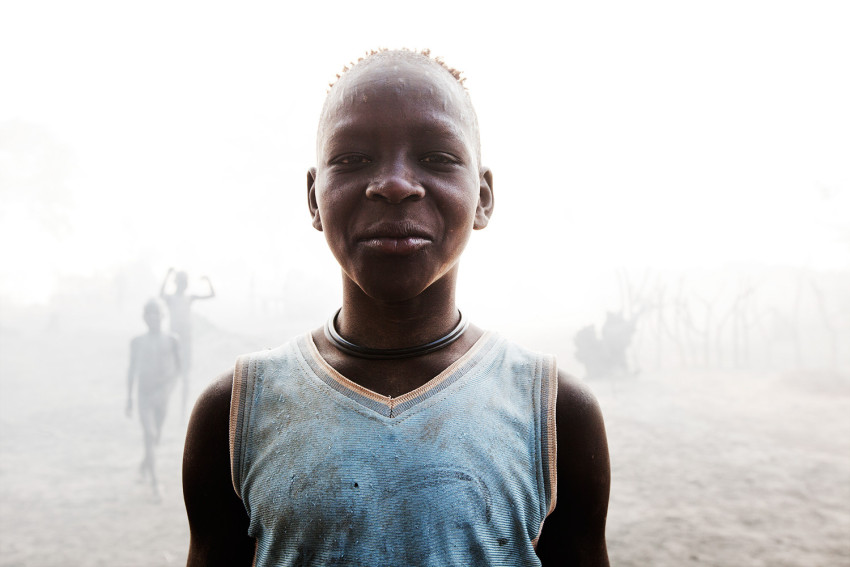 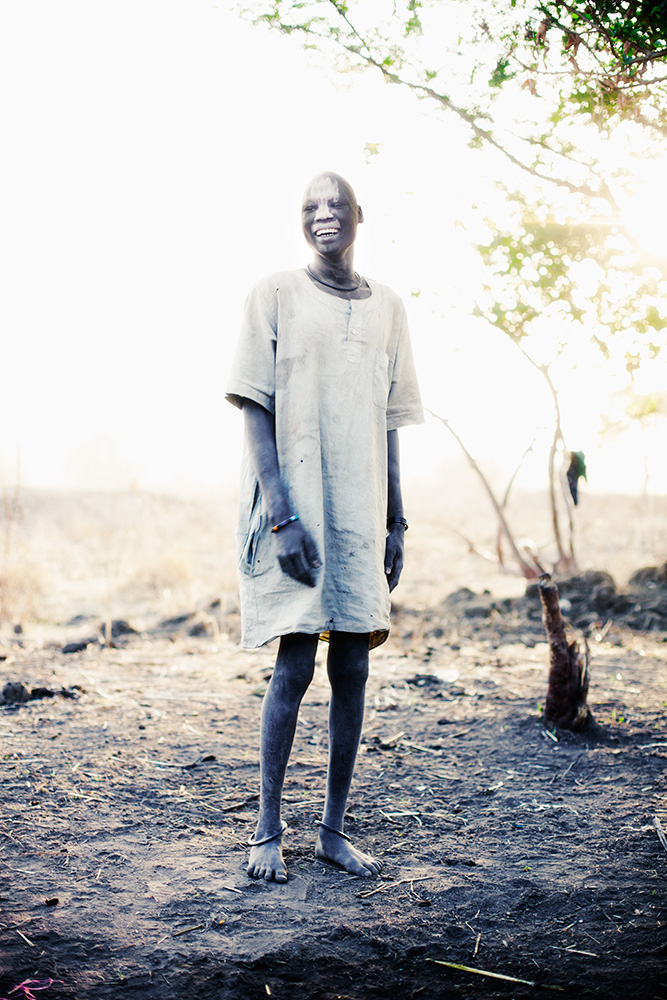 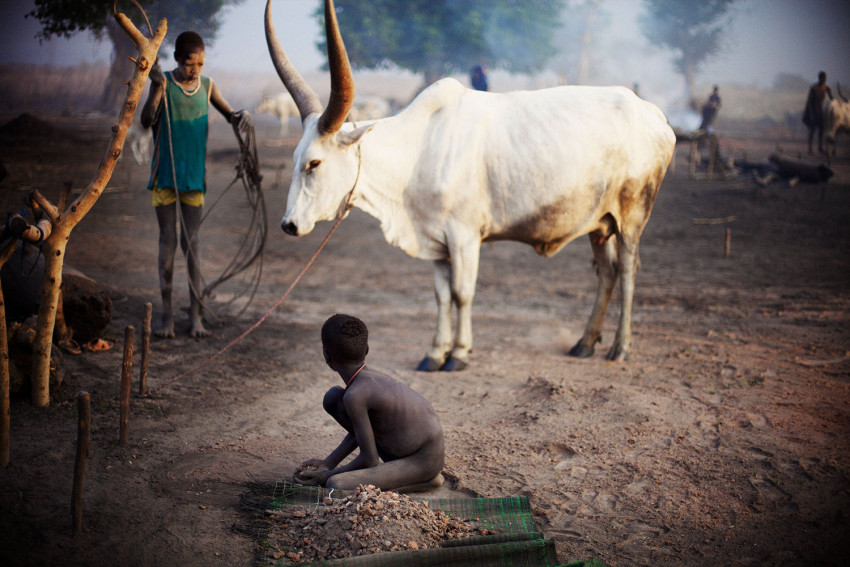 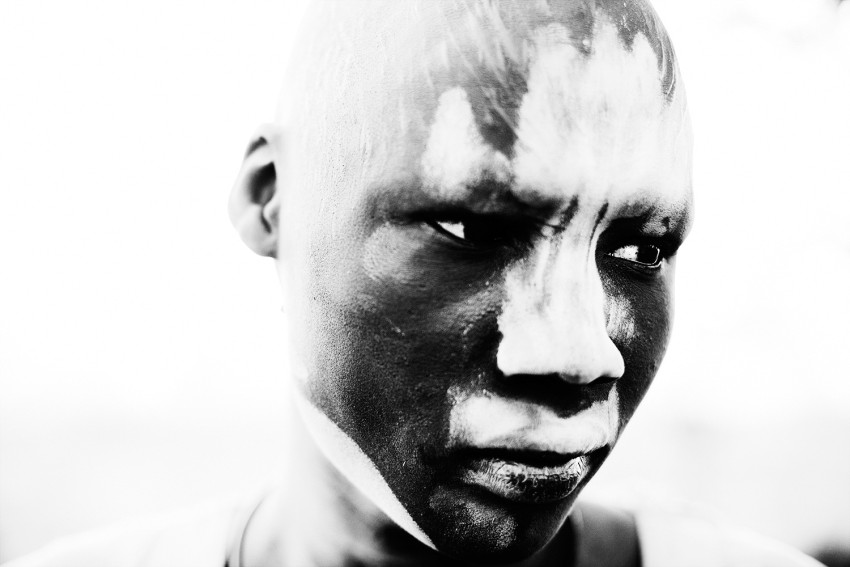 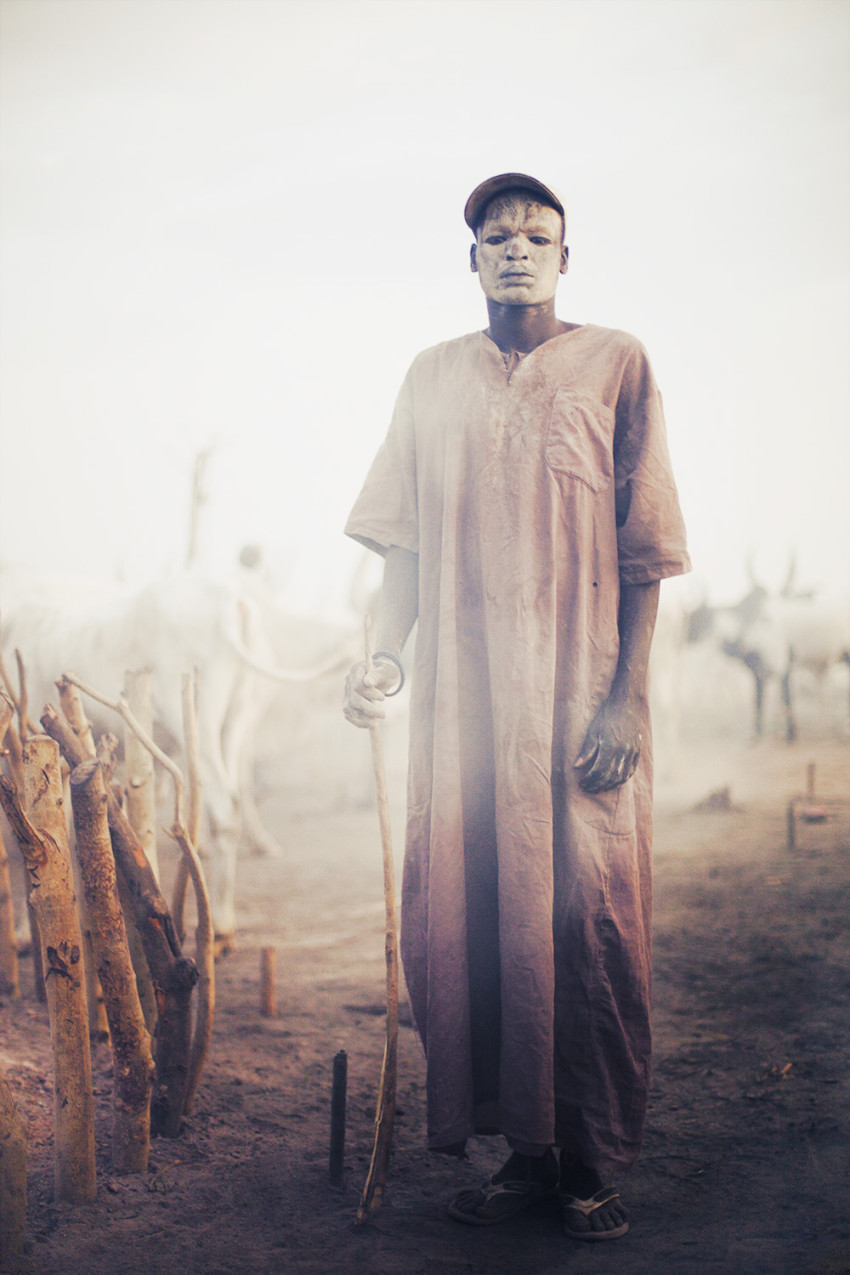 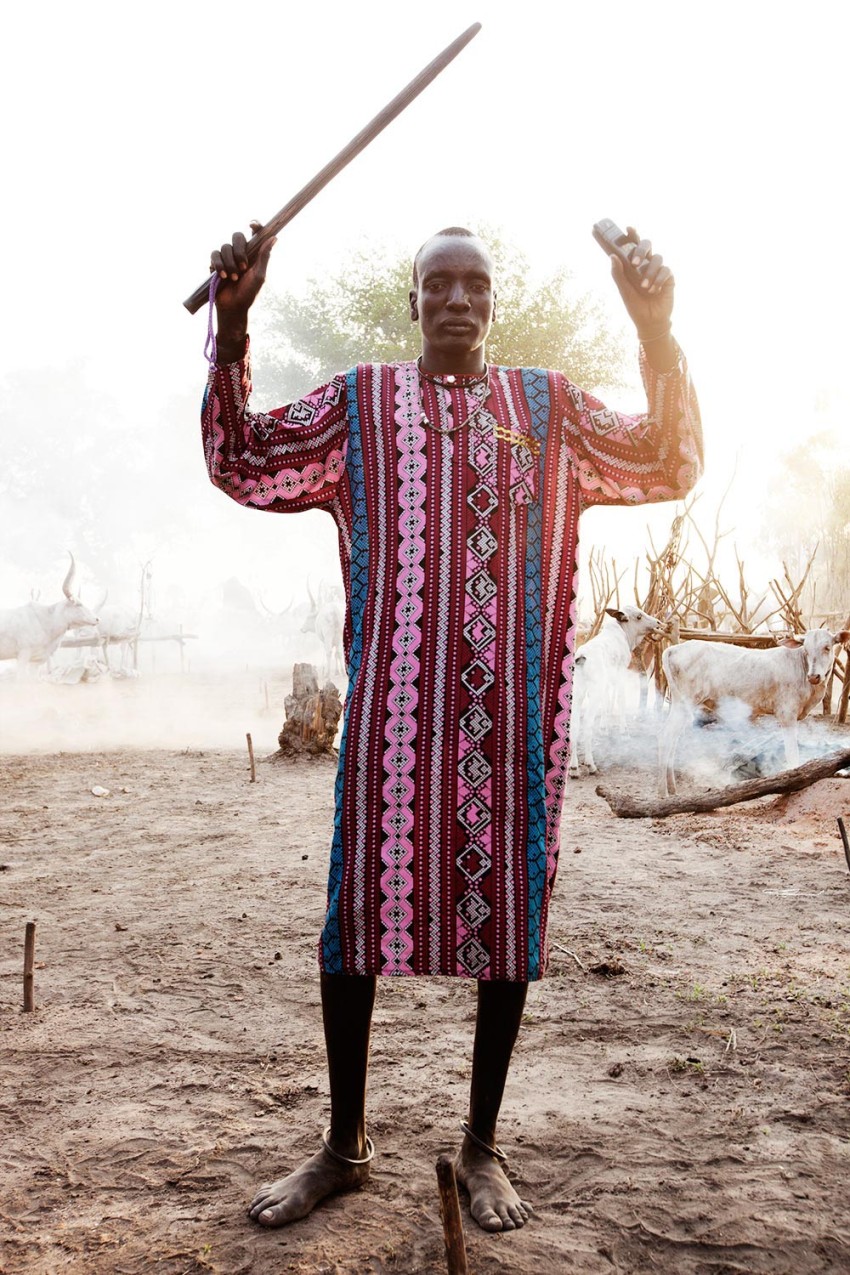