The latest incarnation of Torren Martyn and Ishka Folkwell’s Lost Track series has wrapped up.

In case you’re unaware, the four-episode series documents the pair’s time travelling in a van from the north of Europe down to the West Sahara Desert in Africa. And while four, 30-minute-plus episodes is a grand ask in this age of waning attention spans, I recommend you stop scrolling Tik Tok and start watching. To be honest, I’d be very unimpressed if you hadn’t at least watched an ep or two already. You can watch the final installation in the four-part series above and read our conversation with Torren and Ishka below. We talk about what could’ve gone wrong if they were skunked in Morocco, the lemon van which could’ve ruined the whole trip, and whether Torren will ever convince Ishka that a ‘walking trip’ is a good idea. 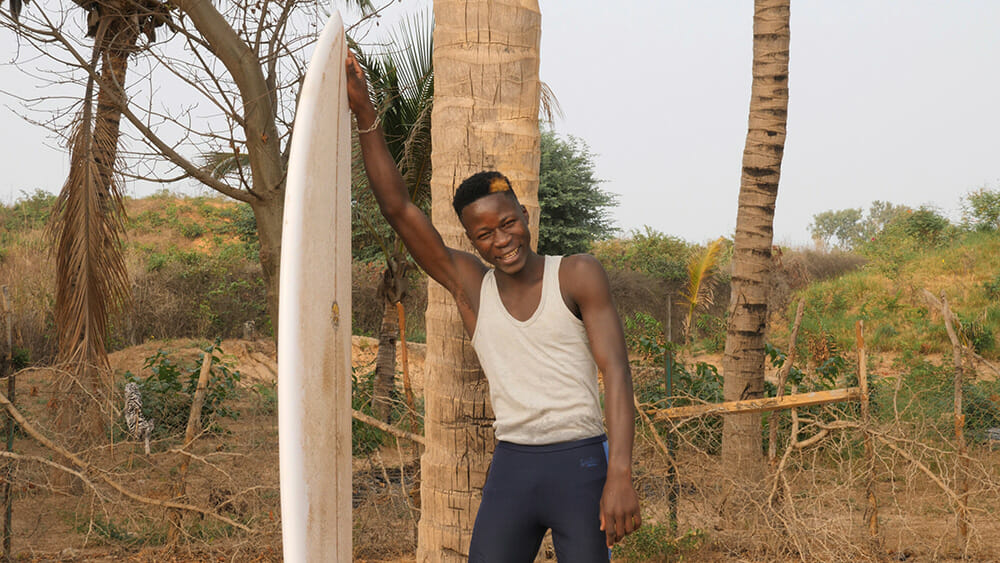 It’s been almost two years now since you wrapped up the trip—how does it feel to release the final part of the series?

Ishka: It feels pretty weird. I mean, it feels good, but we started that trip towards the end of 2019 so getting this together has been my main focus for the past two years. It’s strange not thinking about it anymore.

Did you always have in your mind that this would be a four-part series?

Ishka: At the start of the trip, we definitely spoke about the idea of having multiple parts, but it was all dependent on how much footage we got on the trip. We got to a certain stage on the trip though and realised we had enough footage to break it up into multiple parts. 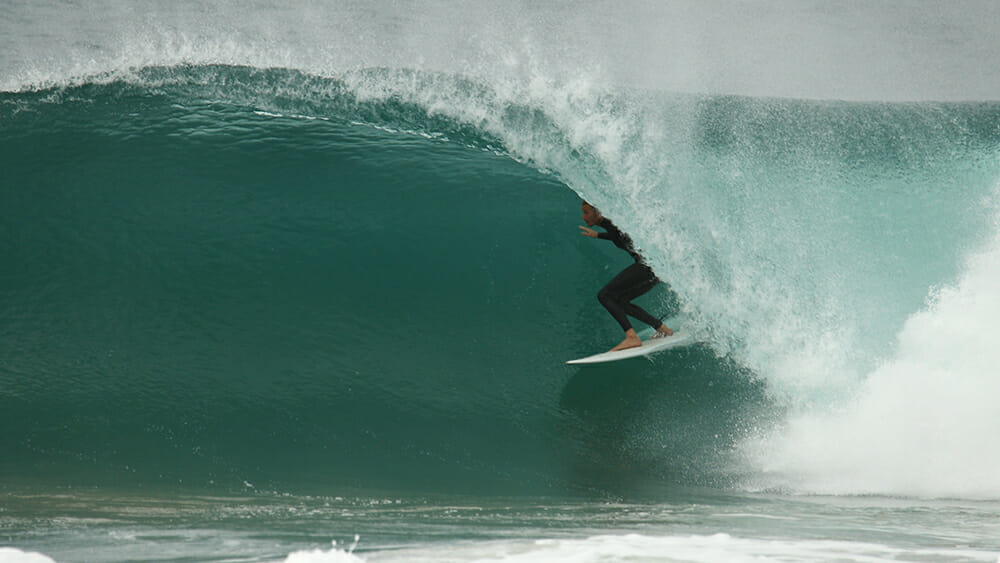 How did this all come together?

Torren: Lost Track as a whole was something Ish and I were talking about for years. Before this, we travelled around New Zealand on motorbikes and then had another trip around Australia before that. The general idea of the Lost Track series, though, was travelling around different parts of the world on different types of transport.

So, when you were pre-planning Lost Track Atlantic, did you pre-plan all the routes and how you would get there?

Torren: Well, we gave ourselves a bit of a timeline—a few months—and knew where we wanted to start and where we wanted to end. So, from northern Europe down the coast of West Africa. We didn’t have anything mapped out in terms of waves or countries, we knew it would be very swell and weather dependent.

You sort of rushed to Morocco right, because you heard a swell was coming?

Torren: We’d spent nearly a month in Europe and then we were surfing in France and Basque Country. Then we started to plan our next steps right as a swell popped up. Ish and I got a little carried away and had our hearts set on Morocco; we had tunnel vision. I’m glad we did though. Initially, we also planned to bring the van back up from Africa and spend some more time in southern Europe, but Covid got in the way of that. 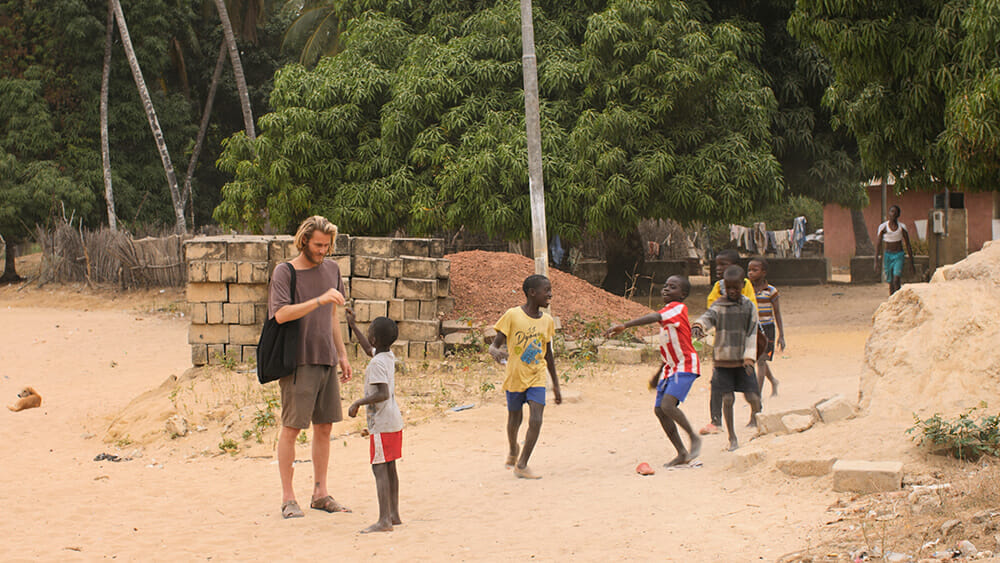 Did you just end up abandoning the van and flying home?

Torren: Essentially. Ish had left a little bit beforehand, but my girlfriend was with me. We were planning to just spend a few more months on the road but everything escalated quite quickly. The nail in the coffin was when they stopped the ferries in the Gibraltar Strait. It essentially meant that we couldn’t get the van back. Then flights started stopping and we realised we needed to get out. My girlfriend and I were on the next flight home.

How was your relationship with the van by the end of the trip? It was a bit of a dud there at the beginning… it had some character about it.

Torren: How was it Ish? We were so sceptical at the start wondering if we had a lemon on our hands.

Ishka: We fully did.

Torren: It got us all the way, though, and we actually didn’t have too many troubles.

Ishka: It was lucky that everything that went wrong with it happened at the start of the trip where mechanics were abundant and we weren’t in the middle of nowhere. But the turbo definitely didn’t work in it. It was so slow.

Torren: It would’ve made for an interesting part of the film if we did get stuck. 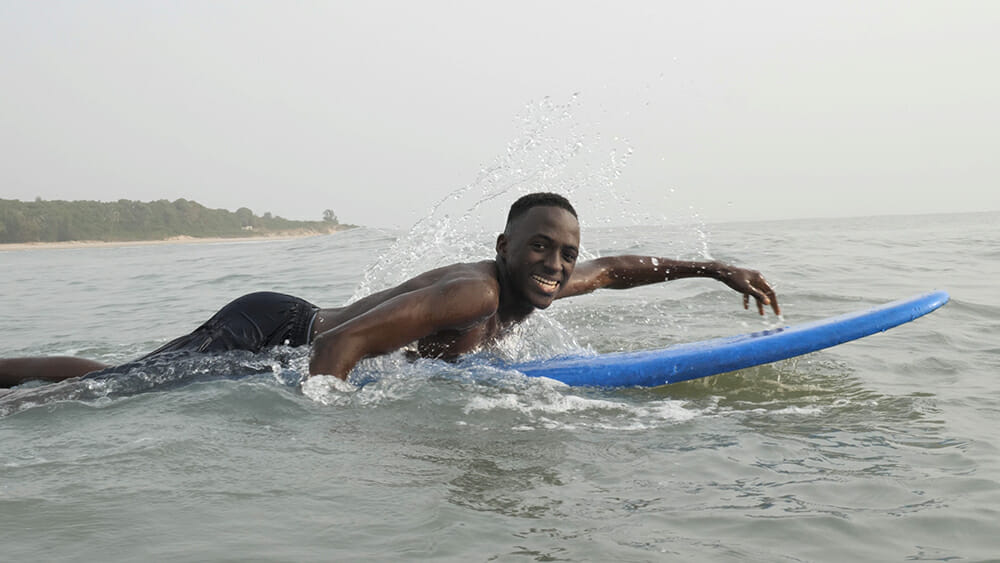 Was there a point on the trip that sucked, or where you just felt like giving up?

Ishka: There were little parts with the van breaking down. And then when the ferries closed to get to Morocco, we thought we were going to miss the swell and we were super bummed.

Well, you didn’t miss that swell. It looked pretty pumping.

Torren: We had an expectation with the swell, but at the same time didn’t know what to expect.

Ishka: We didn’t know much about the wave. We’d heard murmurs of what it needed conditions wise. But it was a real longshot in terms of us driving from France just for that one swell.

Torren: We put all our eggs in one basket didn’t we? Looking back at it know that could’ve turned out bad. If we’d gotten skunked there we would’ve been kicking ourselves for not staying in Europe longer. But I haven’t had that thought until right now. 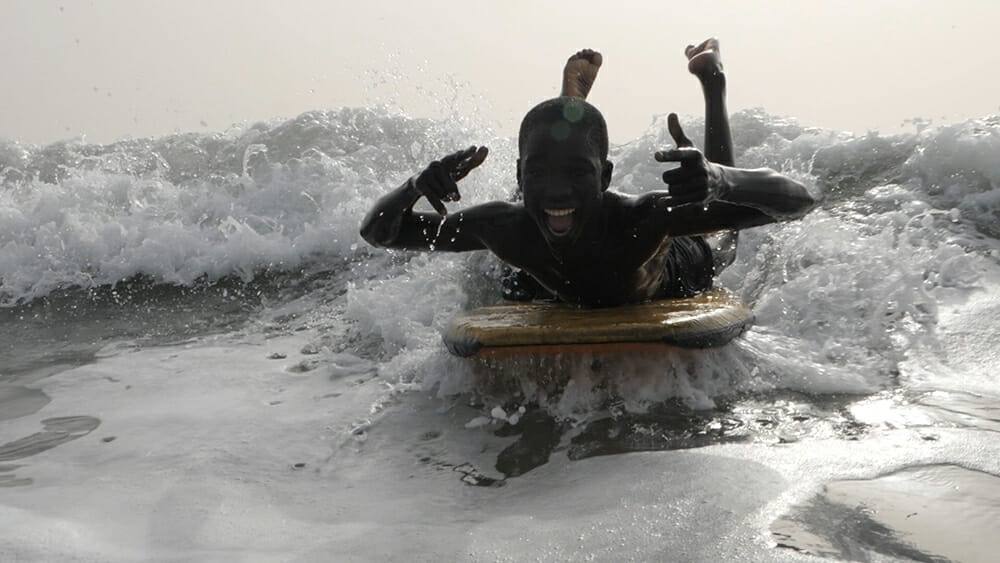 It is quite fickle isn’t it, that particular spot in Morocco?

Ishka: Yep, it is. It’s funny though our experience was quite different to a lot of people we’ve spoken to. There was downtime in between swells where we went and explored the country a bit, but we essentially got swell after swell. We’ve spoken to friends who’ve been there for two months and had terrible experiences.

What was the most memorable part of the trip?

Ishka: I think I can speak for both of us when I say meeting Omar and surfing a little slab out the front of his cave. That was unexpected and incredibly special. Those few days were surreal.

Torren: That was certainly a highlight. Another thing that stands out for me is how isolated and removed the Western Sahara is. We experienced some crazy dust storms and just felt so removed from the rest of the world. It’s similar to driving across the Nullarbor, it took nearly a week to cross. 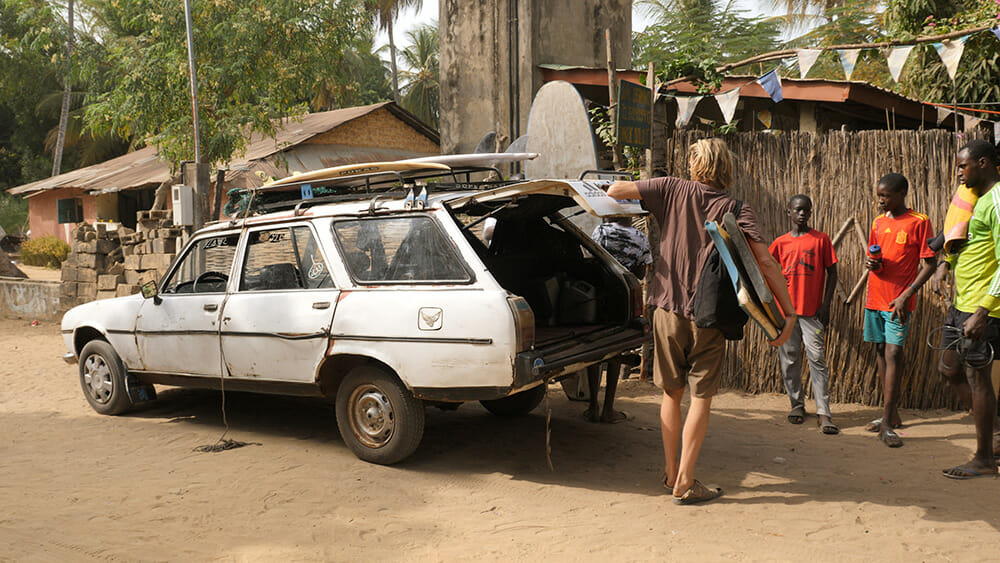 At the end of part 4, Torren talks about the importance of the environment and surfing’s relationship with the environment. I assume this is something you both feel passionate about… can you elaborate?

Torren: As a surfer, and a traveller, I feel like we all have a responsibility to care for nature and not be a dick. Basically, just look after the country and the environment.

Ishka: Yeah, especially with all the stuff [proposed oil drilling] in the Bight, and then PEP-11. There’s been a lot of things happening that surfers have stood up against and made a difference, even if it was just signing a petition.

Do you think that environmental sentiment is stronger in surfing today?

Ishka: It seems like people now are getting angrier at the ridiculous things that are being proposed. Especially when it’s blatant disrespect for the environment from money-hungry people. 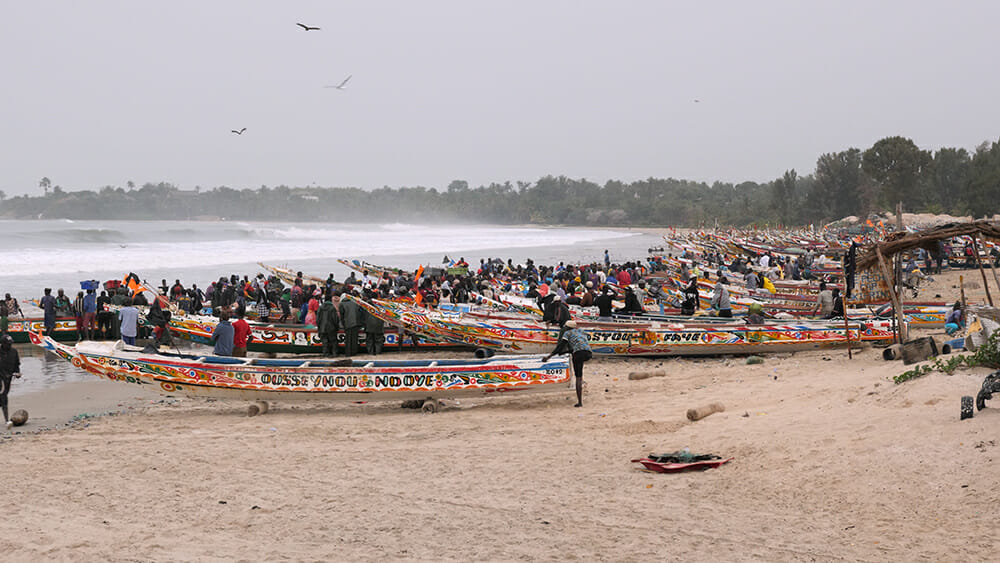 And it’s certainly working as well, for example, like you mentioned, the fight against Equinor in the Bight. There’s always another fight, but it isn’t as if these protests and examples of activism are futile.

Ishka: Even if they had been so far, that would be no reason to give up. You have to keep fighting.

What have you both been up to since returning from this trip in early 2020?

Ishka: I’ve mostly been around home in the Byron area and had a lot of computer work, obviously with editing Lost Track and all. My partner and I also had a kid shortly after returning from the trip. It’s been nice spending time with the family. As far as pandemics go, this has been pretty good timing for me [laughs]. I haven’t been getting jealous of other people going on trips.

Torren: I’ve taken the opportunity, earlier this year, to travel around Aus. I also got down to Tassie earlier this year, which is when the footage is from at the end of episode 4. It’s been difficult, though, navigating border restrictions, but sometimes that’s forced me to explore places I wouldn’t have otherwise. For example, we spent a few weeks in Kakadu, that’s an amazing place. Right now, I’ve just linked up with some mates over in the North West [of West Australia]. 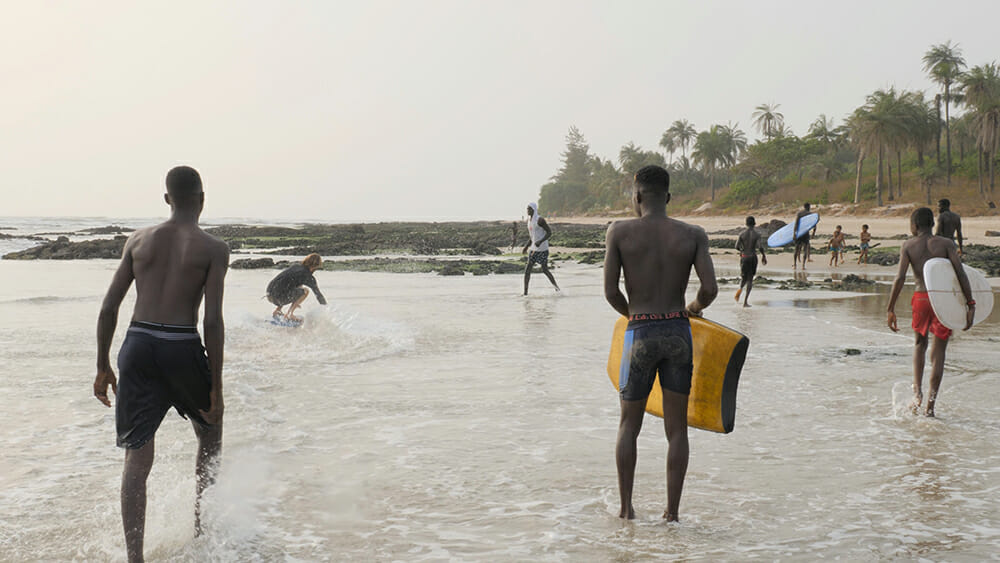 I know it might be a bit early, but do you have any plans for what the next incarnation of Lost Track might involve?

Torren: Ish and I are excited about a few different things. My mind has been taken up by the idea of sailing, but that’s a bit of the pipe dream at the moment… I can’t speak from experience because I’ve got none. I do have a little sailing dingy at home though that I’ve been sailing around at home. Ryan, who owns Need Essentials, has a lifetime of sailing experience and he’s going to help me learn the ropes. So, who knows, maybe it is within reach. Even if that’s not a Lost Track, it’s something I’d love to do.

Torren, you’ve said before you liked the idea of a walking trip… Sounds a bit extreme.

Ishka: I think we’ll get there at some stage, I think we should do all the easier ideas first.

Torren: The first and last walking trip I did was over here [in West Australia]. We walked from Cape Naturaliste and made it to Margaret River which is around 60 or 70km.

Torren: I learnt what it was like to carry your surfboard, all your gear, water, and food… it was torturous. What do you reckon, Ish?

Ishka: Yeah, let’s definitely save that one for last. Maybe we can do rollerblades instead. 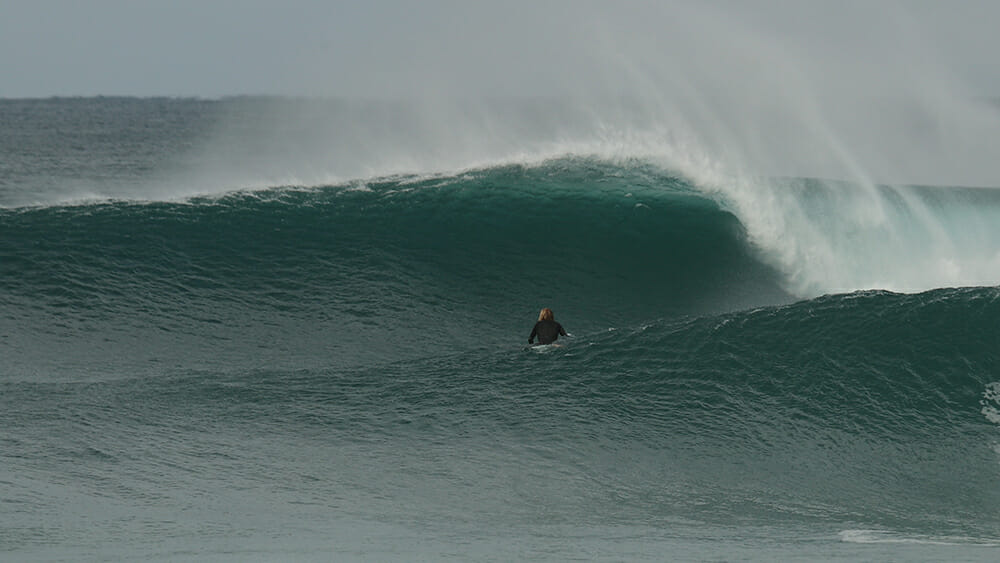