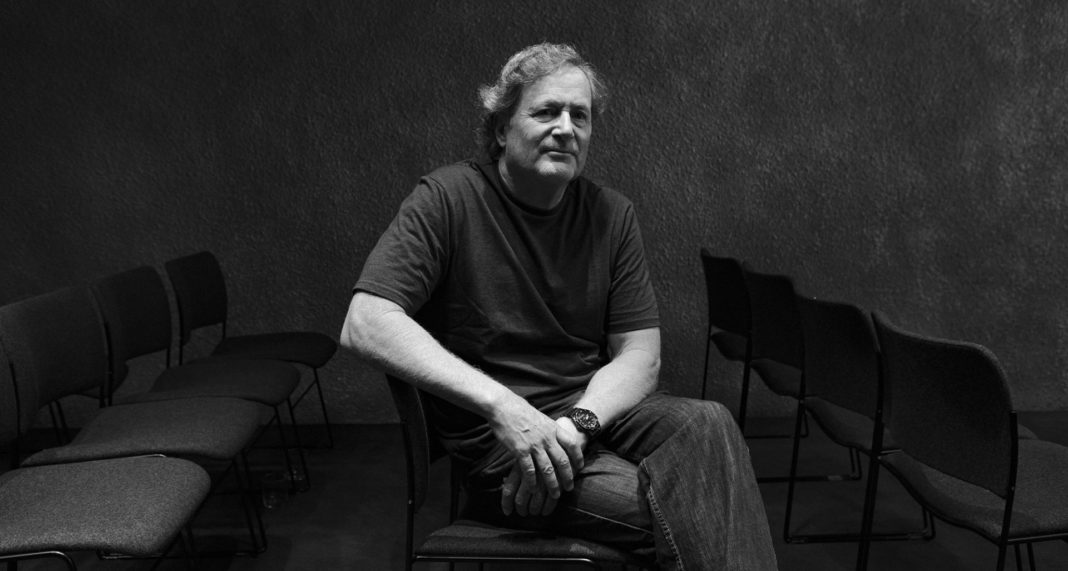 A little while ago, Monster Children—in partnership with Patagonia—held a film workshop with legendary director Stacy Peralta.

Stacy is an award-winning documentary filmmaker and one of the most influential skateboarders of all time. Stacy is also the creator of some of the most-watched films in the history of cinema, which was something that dawned on me right before we did this interview. I’m, of course, talking about Stacy’s skate films, which, in some cases, have been watched so many times that the video no longer works, and the best bits are all scratchy from rewinds and rewatches. These days, Stacy is world renowned for directing documentaries like Dogtown and Z-Boys (for which he won the Best Director Award at the Sundance Film Festival), Riding Giants, Made In America, and his latest masterpiece: The Yin & Yang of Gerry Lopez. I caught up with Stacy on the eve of his workshop. 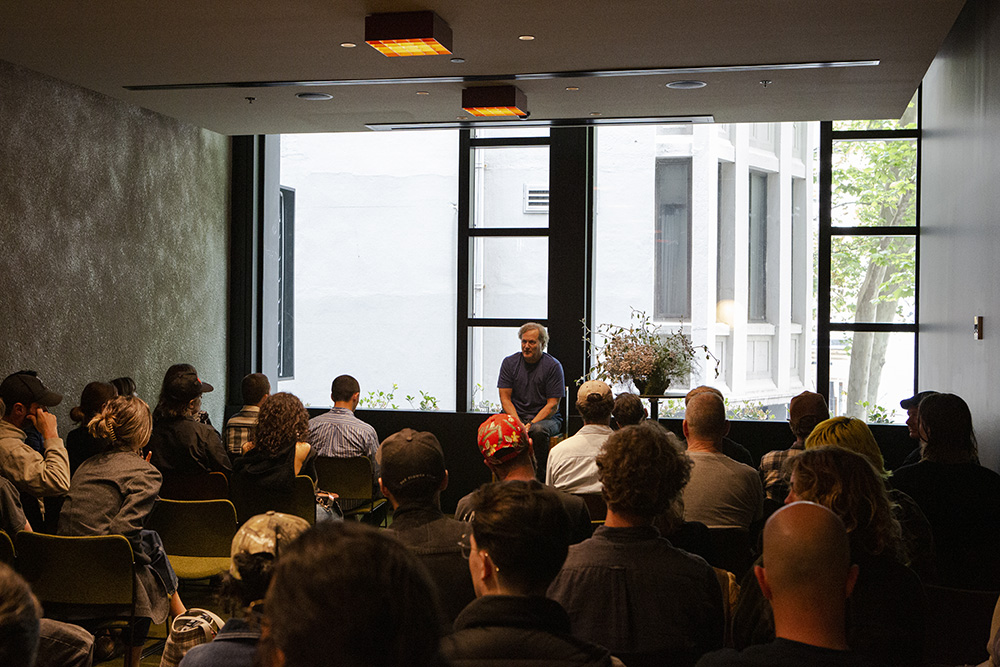 You must’ve come to Australia a bunch of times by now, right?

I think I’ve been here… five times. But I’ve always brought something here, either a skateboard team or a movie.

It’s going over really well! The response has just been fantastic. We’ve had some really, really nice screenings.

It’s such a great movie. I actually just watched it again today. And one thing that jumped out at me was Shaun Thompson talking about Five Summer Stories and how he watched that film so many times. I think he said it was burned into his consciousness. And I thought, ‘Well, that’s like all of Stacy’s movies.’ Of all the directors in the world, I’ve seen your movies the most!

I’ve watched your movies more than any other director. Like, it’s not Citizen Kane—it’s Public Domain. I watched that literally hundreds of times.

Yeah, but it’s also true! It’s just a fact. And it tripped me out when I realized it today. Anyway, first question: did you always know you were going to be a filmmaker?

No, never. I thought I was going to be a plumber.

Why did you think that?

Well, initially, early on, I didn’t do very well in school, and it led me to think that I wasn’t very smart. When I got into junior high school, middle school, and high school, I picked things up and did better, but it wasn’t something I liked. It wasn’t something I excelled in. And also, my parents made it clear that they didn’t have the money to send me to school, so I just figured I was gonna be a tradesman. I didn’t have any clue what I was capable of doing. So, what happened was skateboarding opened my world up and made me realize that, jeez, maybe I am able to do something. And then, when I did do something, it led me to believe that maybe I could do something more. And that’s what happened: it was one thing after another. Self-discovery.

And that kinda mirrors the Gerry Lopez story, right? Because he discovered surfing, and that dictated the direction his life took.

Exactly. And he didn’t know it until he was lying on that rock, and he had that epiphany and realized, ‘I’m going to be a surfer, and I have to go home to Hawaii where the surf is.’ And then, if you look at his life from that point onward, he has other people that come into his life that suggest things like, ‘Why don’t we make our own boards?’ ‘Why don’t we open a surf shop?’ you know, ‘Why don’t we go to Uluwatu?’ And he says yes and it changes his life.

And it looks like the only time he said no, it was the right time to say no, and that was when Hollywood was calling, right?

That’s right, that’s right. Yeah, that’s the first time he puts his foot down and says, ‘No, I’m going to stay on Maui.’

And that mirrors your life again, right? Because you were involved in the Hollywood scene for a minute.

Yeah, I did about seven years of directing in television and did not enjoy the experience. But I have to say, I learned a lot, and it prepared me for what I’m doing today. 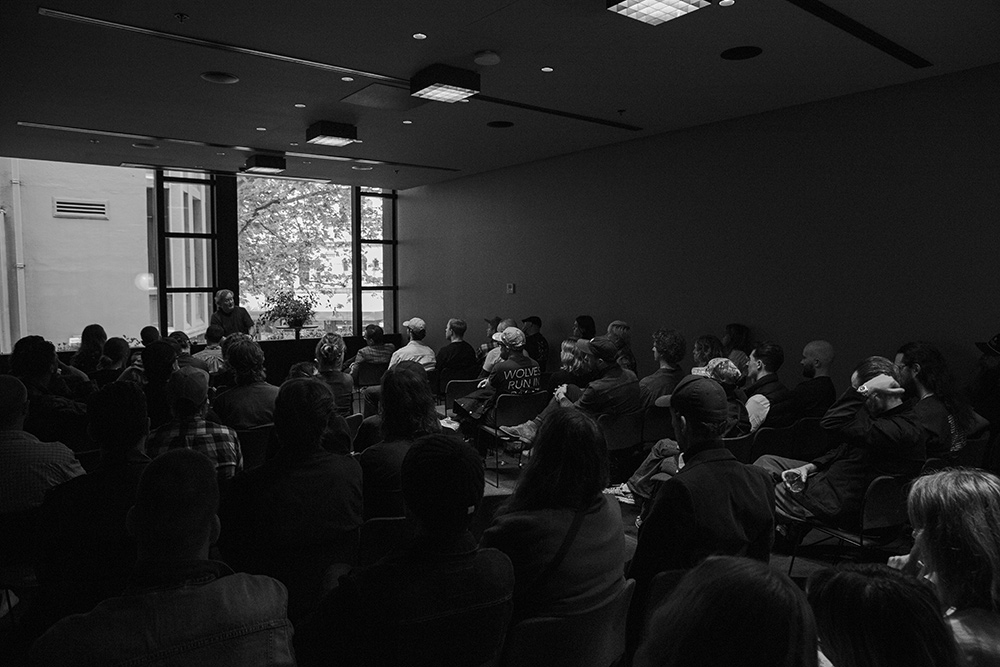 I’m guessing this was after making skate vids.

Yeah, it was between making skateboard videos and releasing Dogtown and Z-Boys, which was my first documentary film. Those seven years in television were like boot camp for what I do now. It was really good training; it just wasn’t enjoyable.

Was it scary going from making films for an exclusively skate audience to creating films for basically everyone to watch?

No. It was thoroughly enjoyable. It got to the point where I had made so many of those skate videos, it just wasn’t challenging to me anymore, so I didn’t want to keep doing that. I wanted to do the kind of work where I could tell a story.

You didn’t really tell stories when you made skateboard videos, and I wanted to do work that would challenge me and let me grow as a filmmaker.

There’s a lot of archival footage in your documentaries, and I always wonder how much work goes into tracking that stuff down.

It’s always one of the most difficult parts. And when I start a film, there are two things that weigh really heavy on me: how to get all that footage and all those photographs, and how to come up with all the music. Because you have to find the right music before you even begin editing. You can’t edit until you find the right soundtrack. Your music is your emotional tenor; it sets the emotion for the kind of narrative you’re trying to communicate. So, choosing that stuff, finding that stuff, it takes a long time, and you have to be relentless in your search for it. 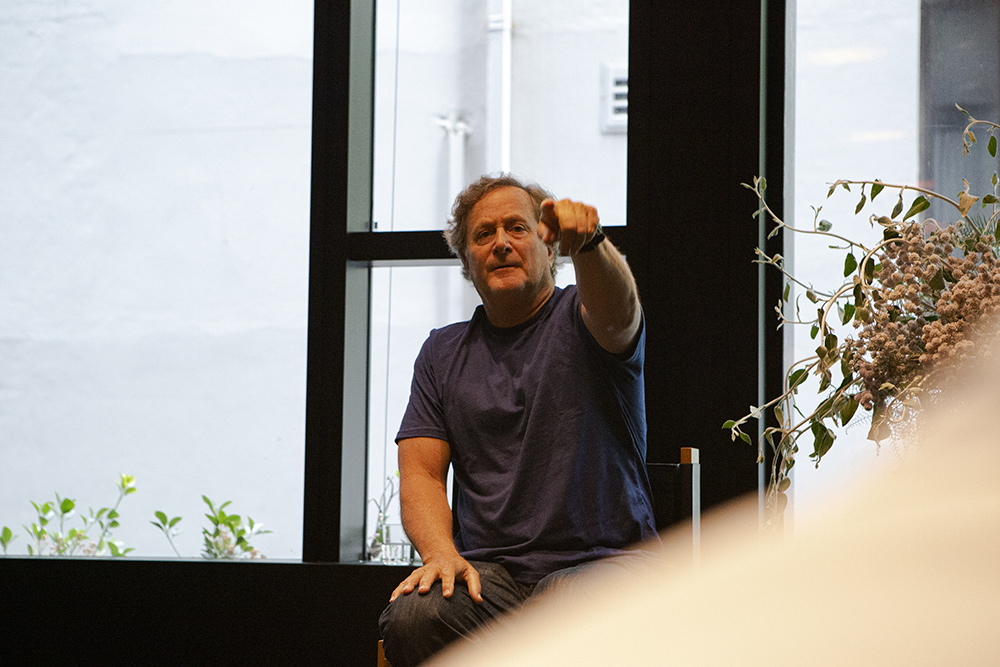 So how do you start with a movie like the Gerry Lopez one? Do map it out with storyboards and then find the archival footage that supports each chapter in the story, or…?

Yeah, exactly. So, I’ll know I’m going to do a chapter on Indonesia and G-Land, and that means I have to find everything from back then that applies to when he was there. Or I know I’m going to do the early Pipeline stuff, so I’ve got to go to all those guys, all the photographers, and cinematographers that I know of, and try to get their footage from them. And you have to understand that a lot of these people are really difficult. They’ve been burned over the years. So, a lot of my job is like going into a terrorist camp and acting like a diplomat because I’m trying to get a prisoner from them; I’m trying to do a prisoner exchange. I have to be very kind to them, I have to tell them they are very important to me, and I have to treat them with great respect and also pay them very fairly.

Do you ever have problems tracking people down?

Oh yeah. In fact, in past films, I’ve actually hired private detectives to help me find people I couldn’t find.

Yeah. And they were very helpful. They produced results.

You actually got detectives?

Yeah. When I made Dogtown and Z-Boys, there was a detective’s office on the way to my production company where I used to work at. And one day, on a whim, I just went in there and said, ‘Hey, I’m looking for so-and-so,’ and the guy goes, ‘Give me a couple of days.’ He called me two hours later. Found him.

It was amazing! Amazing. So, yeah, you just gotta be resourceful; think outside the box a little.

How long have you known Gerry?

And were you awestruck when you met him?

I guess you guys occupy the same strata…

Well, what was interesting was I met him after I did Dogtown and Z-Boys, so there was a mutual appreciation on both sides, and that was really nice because I’d idolized him as a kid, you know? I had posters of him in my bedroom. But as we became better friends, we also became part of a friend group and ended up learning to kiteboard together, and in that process, I got to watch Gerry learn a new form of surfing, you know? I got to study his process and see how he goes about doing it—and I found out that he’s actually human!

Yeah! He’s definitely a human being. Which was not what I had thought. I’d always thought he was a deity—

Yeah, because he makes everything look so easy. But he has to work at it like everyone else.

That was the coolest thing at the end of the film where he’s learning how to foil, and you got to see him eat it.

Yeah, you get to see him be a kook. Just a complete kook. I don’t think there’s ever been footage of him like that anywhere ever.

Was he keen on making the documentary?

He actually was because there’s been documentaries made about his peers—like Wayne Lynch and others—and he also knew that he wasn’t getting any younger, and I think he knew it was his time to strike. And also happened to coincide with Patagonia.

It’s such an uplifting film. It’s wonderful, man. I watched it twice. I love it. What do you hope the viewer takes away from it?

You can use that testimony on a poster if you want.

Perfect. That’s all I could ever hope for.

Click here for details on how to stream The Ting & Yang of Gerry Lopez. 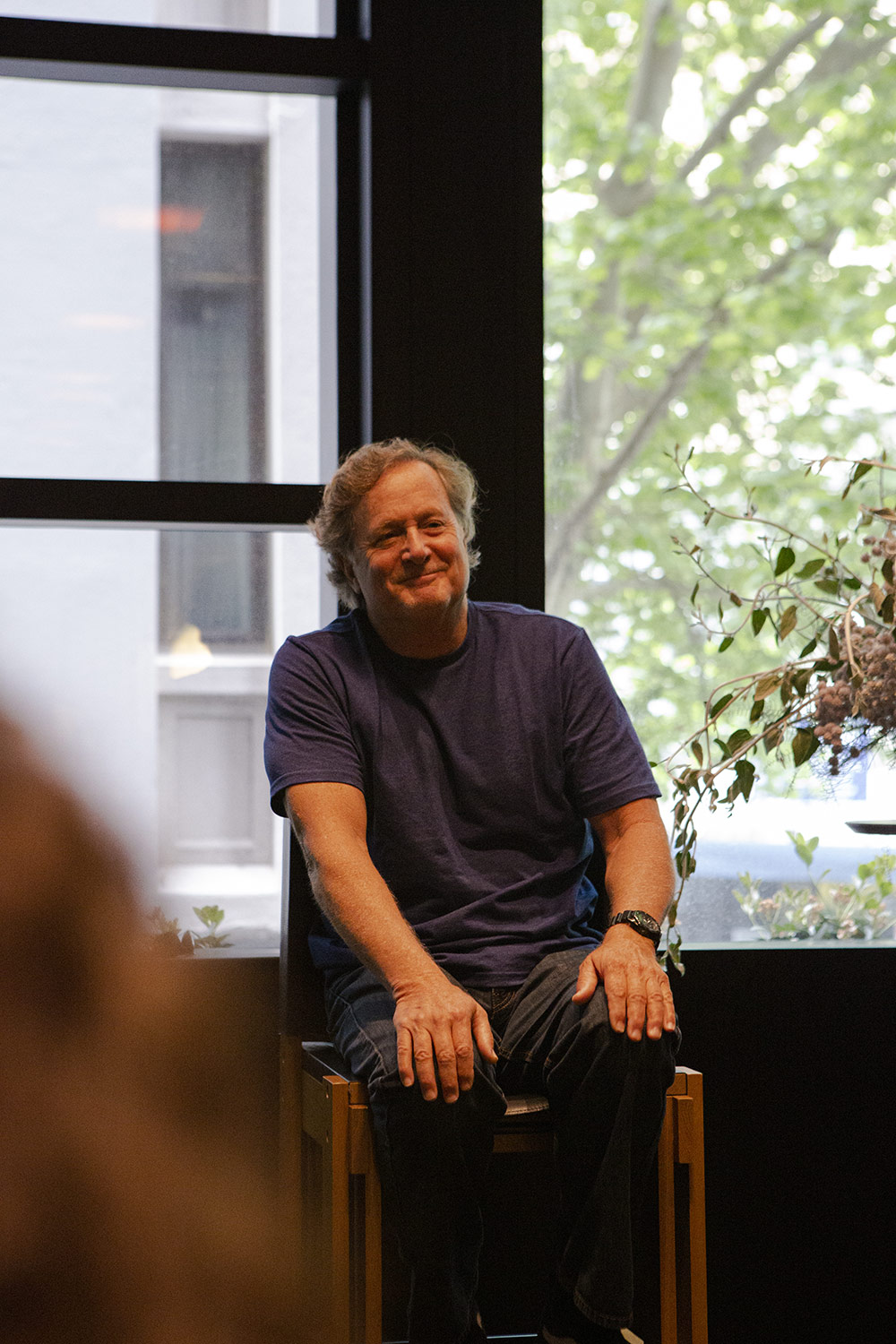