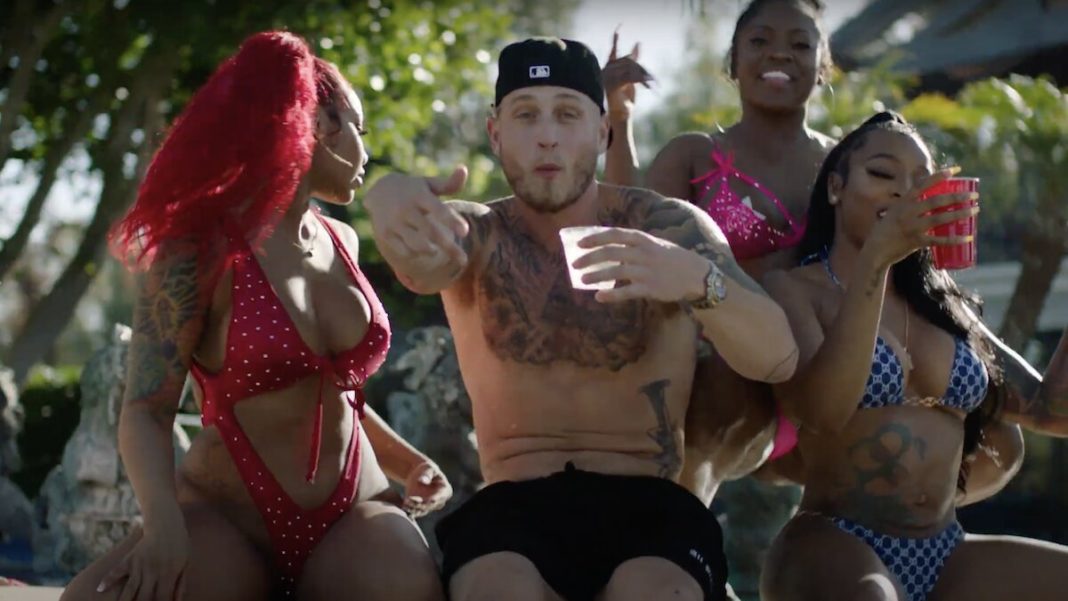 Saying this year sucked is the captain obvious of conclusions.

It was brutal, twisted, and, for the majority of us, exhibited few redeeming qualities in its dismal 12-month existence. If you’re looking for a musical reflection of how dire shit got, here you go. A tuneless ode to a tactless year; these are the worst songs of 2021. I hope you hate them.

It’s rare to come across a Peta Pan, but they exist. The female version of a Peter Pan, they possess the same juvenile qualities as their much more prevalent male counterparts while sharing a similar repulsion toward Birthdays. Letting go of their youth isn’t on Peta/Peter’s To-Do List, nor is checking their eardrums for an overgrowth of wax so thick it hinders their ability to hear how truly shit this song is. The older I get, the less fond I am of ageist sentiments, for obvious reasons. Age is but a number, sure. But the people in this video—Avril Ramona Lavigne and Derek Ryan Smith—are 37 and 34-years-old. Is there some kind of delicate, non-ageist way of saying grow the fuck up? Because I’d like to utilise it here.

Born and raised in Tennessee, 28-year-old country singer Morgen Wallen makes the kind of music a white person who uses the N-word makes. In January of 2021, he released this lyrical masterpiece about just wanting to do country ass shit with his country ass friends, and then a month later, acted on that desire by using the N-word on camera while drunk with the boys. I know, I couldn’t believe it either. This guy? A racist? Must have been a one off. I bet it was completely different to that time last year when he got kicked out of Kid Rock’s Nashville steakhouse for ‘disorderly conduct.’ Can you even imagine what you’d have to do to get turfed from an establishment owned by Kid Rock? Would have to be some country ass shit, that’s for sure.

Speaking of dickheads, how bout this constant reminder of Tom Hanks’ one bad performance? His 31-year-old son, Chet Hanks, has effortlessly brought shame and disgrace upon the prestigious Hollywood family with a lack of self-awareness not seen since Forrest Gump invested in some kind of fruit company. In March, Hanks posted a video to Instagram declaring a ‘White Boy Summer’, likely as a means to convey how much he had learned from the Black Lives Matter movement of the previous summer.  I can’t remember if he started speaking in a Jamaican accent before or after this dropped, but I’m hoping that’s a symptom of fast onset amnesia and soon I’ll forget this song, person, or year ever existed.

Imagine Dragons are from Las Vegas, which automatically explains the ‘why’. Amidst the constant visual and auditory onslaught of Sin City, one must make a ghastly amount of noise to be heard. Best known for their 2012 hit ‘Radioactive’, Imagine Dragons have continued to produce some of the world’s most annoying songs over the years, including ‘Demons’ and ‘Believer’. This year, they dropped a new album with a slew of more annoying songs, proving they are nothing if not consistent. This track is perhaps the worst offender—an insultingly bad rip of Kendrick Lamar’s ‘Humble’ accompanied by the squawking of a man who could really do with a lozenge and a pair of pants.

It’s hard to pinpoint exactly when Chris Martin sold his last shred of musical integrity, but the time he presented as an Etsy enthusiast and played the Pepsi Super Bowl Halftime Show and had everyone in the crowd hold up coloured cardboard that read ‘Believe in Love’ might be a good place to start. (Beyonce was there too, but she wrote Lemonade, so, automatic pass.) Anyway, at least Mr. Martin hasn’t gone back on his word—he doesn’t make music anymore, he makes money.

Frederick Allen Mayne III, AKA William Frederick Durst, AKA Fred Durst, decided we hadn’t been through enough in 2021 and proceeded to drop new music in September after many gloriously Limp Bizkit free years. Showcasing Durst’s staggering lyrical prowess, ‘Dad Vibes’ explains how ‘Dad got the sag in the back with a drip / Come and get a sip’ before announcing, ‘Damn this dad like the river / Flow so cold need ice to deliver.’ I think this is supposed to be ironic, but it comes across very fly for a white guy-esque, which is as daggy as uncle Bruce’s zip-off cargo shorts at Christmas.

Let’s try to get through this without laughing. Have you pressed play yet? Then I’m likely too late. The Canadian man who brought us 2019’s seminal thought piece on racial inequality in America with ‘If I Was Black’ (go on, I dare you to click it) dropped a bunch of clickbaity songs in 2021 but this one is probably the worst—and funniest, because he’s not even American, but he talks like he is? Nor will he ever have to decide whether to grow a human inside of his body for nine months, but he talks like he will? Is this song really just an SNL skit, you ask? No, I double-checked. It debuted on the Billboard Hot 100 at number 71 less than six months ago.

So that we can all sleep soundly tonight, let’s convince ourselves that Stevie Nicks—singer of masterpieces including ‘Dreams’, ‘The Chain’, ‘Rhiannon’, and ‘Landslide’—lent her vocals to this without hearing the actual song. She sent a sample and then forgot all about it. As such, Adam Levine concocted the greatest stitch up in musical history, and Stevie retains her powers. The alternative? Too much to bear.