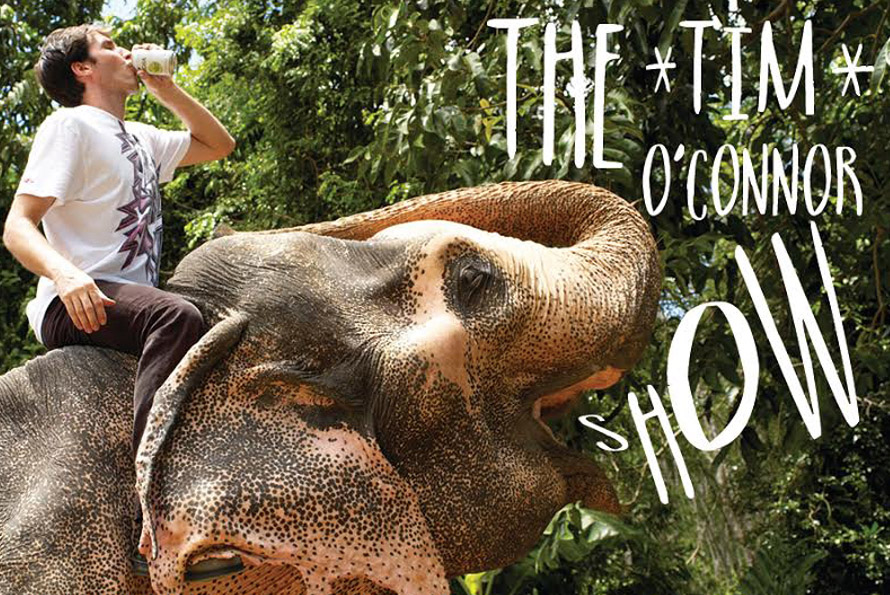 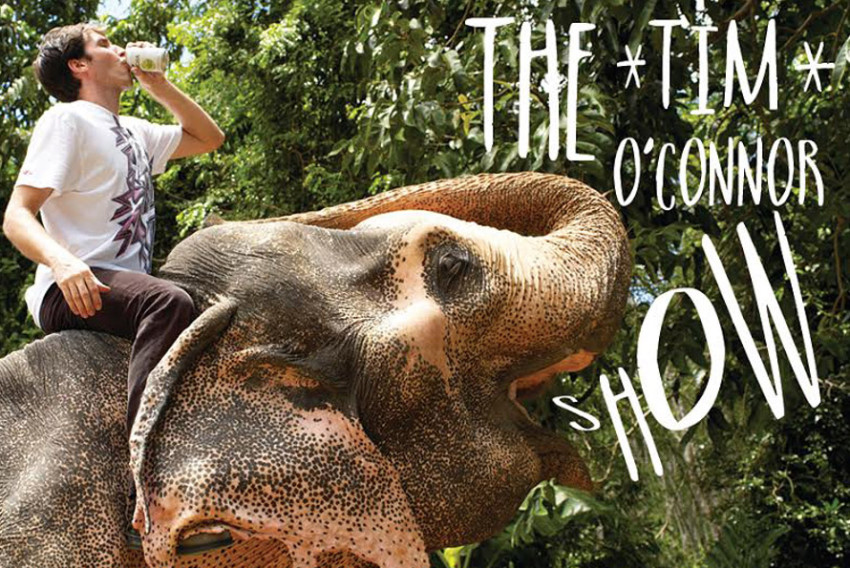 2015 was probably the year of the podcast. No, not because Sarah Koenig made us question the US legal system or because the charmingly (or not) neurotic Marc Maron got to ask President Obama “who his guys” were. Sure, those were milestones for the fastest growing form of media on the planet, but if you ride a skateboard and like podcasts, you received a gift in 2015, thanks to Jenkem and Timothy O’Connor.

Like his skating, O’Connor’s sense of humor is twisted. If you don’t agree, I want to remind you that he invented a trick called the scoliosis grind, based on contortions it causes your spine, mid-grind. Sure, he’s a CKY Crew alum and all that, but O’Connor’s humor isn’t limited to physical comedy, as evidenced by his brand of contest announcing and various appearances in skate documentaries. The New Jersey native is sharp, as is his name sake podcast, which has carved out a niche, not only because O’Connor has a knack for getting his guests to be completely candid and funny, but also because he lets guests tell their stories, even if he occasionally interrupts—he’s a talker, for fuck’s sake.

MC: Obviously, skateboarders have their own unique brand of humor and language, but I noticed that skaters from the NJ-area-ish have an even more twisted breed of humor. Where do you think this comes from, what informed it, and why is everyone from California such a cry baby?

TOC: I’m not sure I agree with the sentiment that everyone from California is a crybaby. Obviously, I’m aware that you don’t mean absolutely everybody by any stretch. I just think there’s a bunch of whiny douchebags everywhere. I would argue that they make up the lion’s share of any population. Maybe not in Haiti so much. They don’t have time to whine in places like that.

If skaters from the NJ area have a more twisted breed of humor, I would say that it’s somewhat cultural. I just grew up with a lot of entertaining weirdos and an eclectic group of skaters that all made fun of one another, but we also loved each other like brothers. So, if you’re constantly making jokes to make yourselves laugh, you’re going to eventually get better at it and then you have to up-the-ante and start getting obscure. The humor bar is always moving and sometimes twisted thoughts are some of the most funny thoughts. I remember growing up and skating in NYC and then going home each night had me and my friends cracking up constantly. NYC is a place where inordinate amounts of people are visibly trying extremely hard to be cool and when we would leave the city we could step back and have perspective. We thought it was hilarious with how serious some of the people took themselves and we dogged on them constantly.

What inspired you to start a podcast, and what’s the learning curve been? I know some of the commenters “online” can be harsh, but there’s also something to be said for listening to audience feedback, too.

I had actually been thinking about doing something like the podcast for a little bit, but that was about it. Then out of the blue, Ian Michna from Jenkem Mag asked me if I would ever be into doing something like a podcast. I told him that I had coincidentally been thinking about doing just that and with very little thought or hesitation, I just said, ‘Fuck it! Let’s do it!’ As far as a learning curve… shit—I have no idea what I’m doing. I know nothing about recording, audio, interviewing, etc. I just know how to be a wise ass and be myself. So, I’m incrementally learning each time I do an episode. And I use the word “learning” loosely. I should probably hang out with some of my friends that work with audio on a much more regular basis so that I can ask questions and better familiarize myself with proper recording techniques.

Most commenters have been super supportive and I’m amazed with the extent of the positive feedback. I haven’t read too many harsh comments, but I also don’t go digging in comment sections because you’re obviously bound to find some hate and disapproval. One thing I have read is that I talk too much over my interviewees. My response to that is ‘”No fucking shit!’ I talk a lot in my everyday life and don’t know how to shut up. I probably do need to sit back and let them talk more and I’ll get better at doing that as I go on. But, it’s also different with each person. Some people you can sit back and just let them talk if they’re some talkative mofos. While other people feel a bit uncomfortable, and the fact that I yammer away makes them feel like it’s more of a conversation and can forget about the recorder that’s documenting every little sound that comes out of their mouth.

I think the strongest part of your podcast is the ability to talk about serious shit—Renaud and the Gonz come to mind—without things being too heavy. Do you have a specific interview style or is it as simple as just having a conversation with people you know well?

Well, as much as I like to joke around, I am at the same time a pretty serious person that likes to read nerdy books. So, it’s only natural for me to talk about serious subjects as well because that’s who I am. I’m interested in what makes people tick and I think everyone is interested in that aspect of the human condition and especially as it pertains to notable people. We all laugh, cry, and have an array of emotions in life as humans so it just makes sense to talk about everything.

Do you have anyone you’d like to interview inside or outside of skating, and do you think it would be hard to have the same kind of dialogue with people you don’t know on a personal level?

There’s a few people I want to interview still within skateboarding. I want to do Natas Kaupas, Koston, and a handful of others. I’ve already thought of extending some of my interviews to people outside of skateboarding as well. I’d like to interview Justin Bieber, Kaitlyn Jenner, Charles Manson….I don’t know. I’m truly open to interviewing anybody that would be interesting. I don’t think it would be that much different to speak to someone I’ve never met. I’m okay with yakking it up with people I don’t know in general and I’m comfortable in that scenario.

Have you ever thought of expanding the show to a full on Howard Stern type set up with some co-hosts and recurring characters? Seriously, that shit could work.

I love that idea and I think that would actually be ideal. That would probably play to my abilities much more so. The only problem is the logistics in that scenario. If I lived in LA or something that would probably be much easier to do but I’m out in the burbs in NJ, which does not lend its hand to that setup. Maybe I can try something like that soon and see how it works. I have a few people that I’d love to have on all the time. I think Fred Gall would be an amazing co-host or recurring guest. He’s incredible and a highly quotable human being.

I think Brian Wenning’s episode has been my favorite so far. Simply because he’s fucking crazy and utters some unbelievable shit! Brian’s Dad in the background and that guy Dizzy Dave that wanders into the interview are amazing!