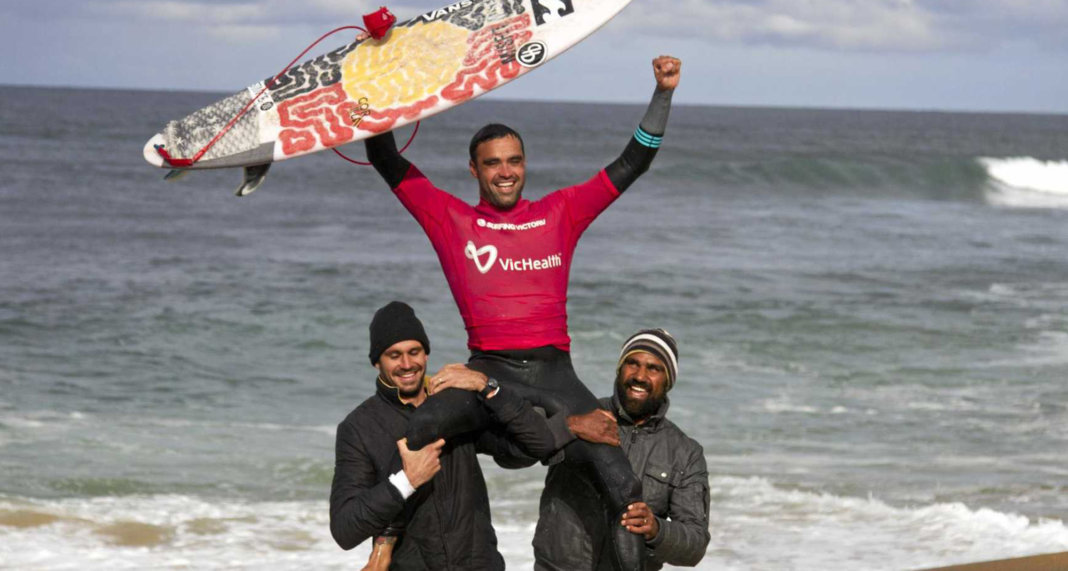 The resurfacing of Indigenous surfing events is a tribute to the emerging talent coming up through the ranks, and we’re all watching. From the 28th to the 30th of May, First Nation surfers from across the country will gather on the traditional lands of the Wada Wurrung people (at Bells Beach on Victoria’s Surf Coast) to celebrate the event’s 10th year running, after missing last year’s round due to Covid. The event—which includes Open Men, Open Women, Junior Boys, Junior Girls, Longboard and Master’s Men divisions—serves as an important gathering for First Nation surfers to come together and celebrate the talent within their community, with the likes of Otis Carey, Russ Moloney and Summer Simon taking out titles in previous years.

This will, no doubt, be added to the growing talent that’s been coming out of Juraki Surf Culture in Bundjalung Country (North NSW and South-East QLD). Juraki Surf Culture is a community surfing group closing the gap for young First Nations people, helping them access similar opportunities to join the surfing mainstream while staying culturally engaged with surf events put on by the team up and down the East coast. They’re also running the Waybarra Surf Camp from the 5th to the 9th of July in Fingal Head for 16 up-and-coming First Nation and Torres Strait Islander surfers aged 10 to 25 who are yet to snag sponsors.

For more info go to australianindigenoussurfingtitles.com