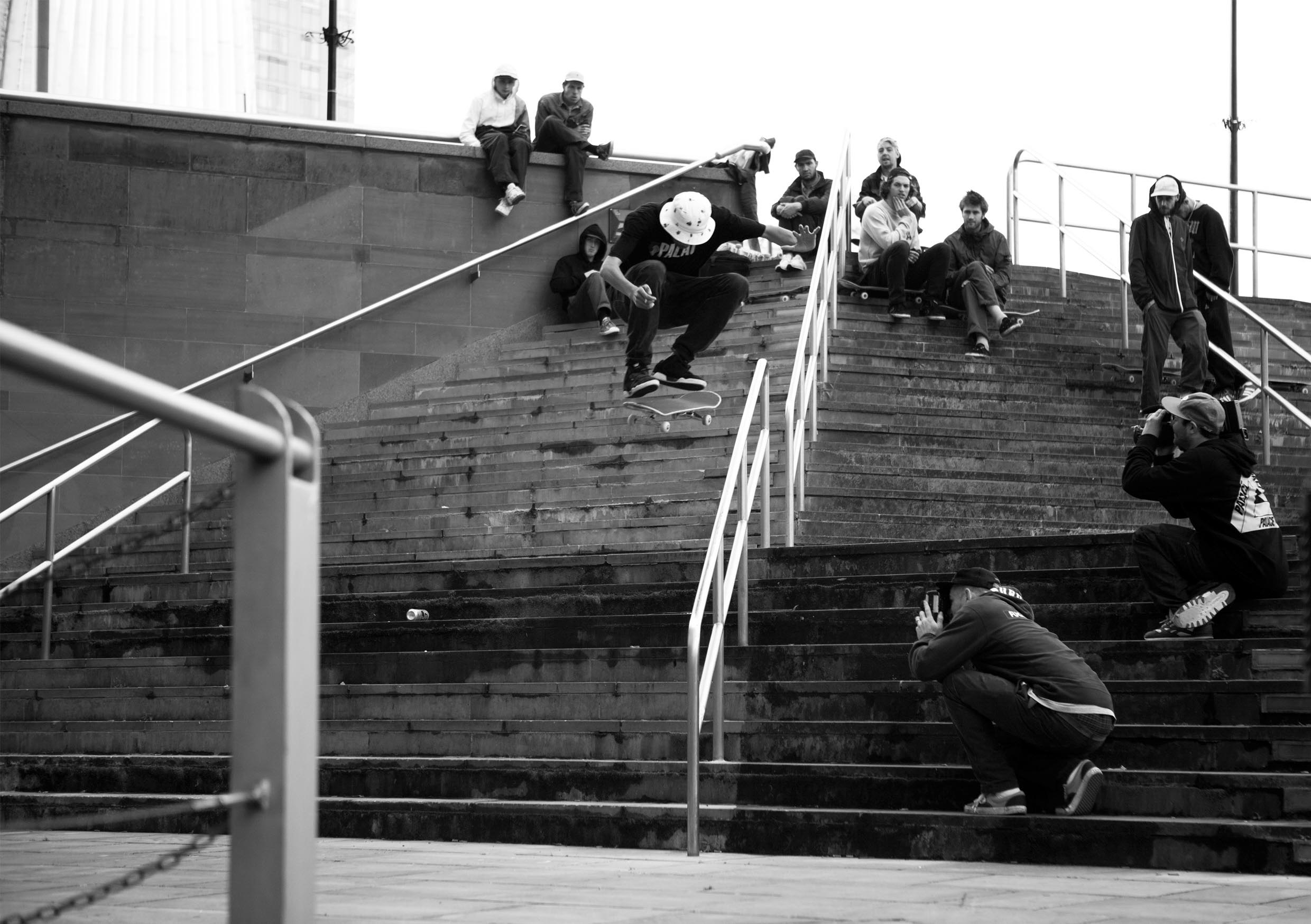 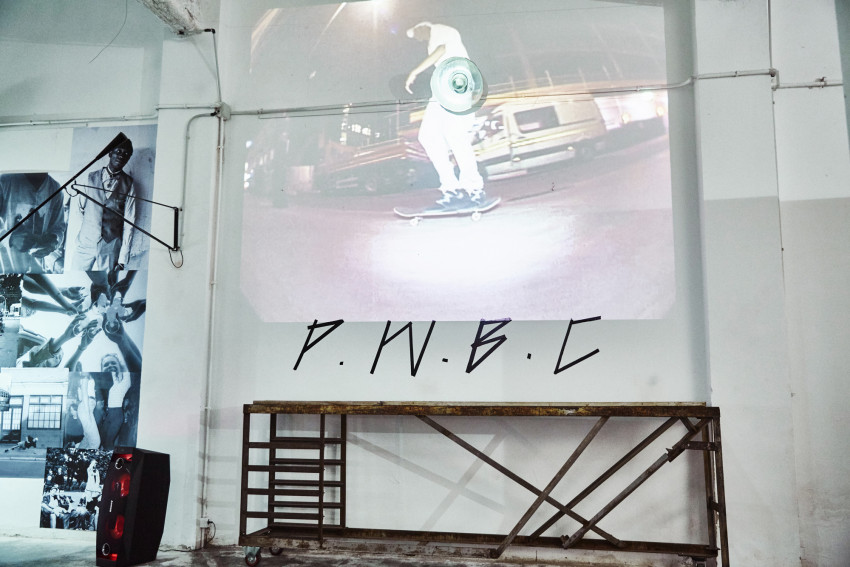 Whatever dark alchemy brought the PWBC crew together was prophetic. In a strange turn of events, this group of friends—skaters, artists, terrors and trailblazers—who started life causing chaos in down-and-out skate-house ‘palaces’ in London in the late nineties/early noughties now look set to take over the known (and unknown) worlds.

Coined the Palace Wayward Boys Choir by wordsmithy member Stu Hammond, the name PWBC began as something of an in-joke, but today it’s bandied about by big dogs—pros, icons, (art) dealers and supermodels—like a badge of honour. There is something about PWBC—a combination of the people, the time and place of its inception, and a shared vision and ambition that leads to great things. And although PWBC-sparked projects have all but eclipsed its wavy beginnings – from Lev Tanju’s globally coveted Palace Skateboards and Blondey McCoy’s boutique label Thames London, to James Edson’s former London art spot Wayward Gallery and a whole host of things-to-have and places-to-be in between – the gang is getting the recognition it deserves in a new photo exhibition PWBC: A Retrospective, currently touring around Europe. 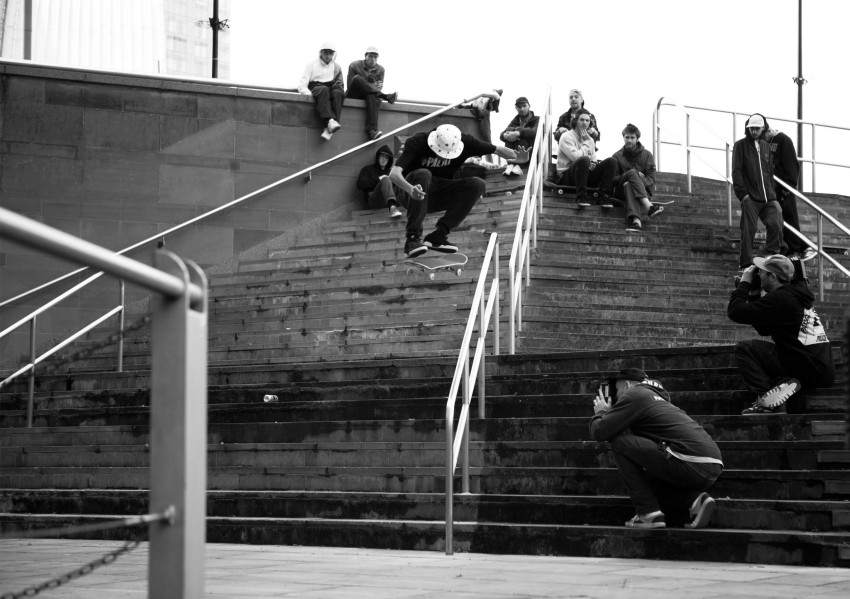 “I guess we wanted to show the heart of the PWBC really, what we’re about and the experiences we’ve gone through as a crew,” says Daniel ‘Snowy’ Kinloch who curated the show alongside fellow PWBC member and photographer James Edson. “That and all the stupid shit we’ve done, which I think should be celebrated.” The exhibition traces the birth of the crew—fresh-faced waywards in infamous ‘palace’ scenarios—and documents its trajectory with squad shots, skate trips, mischief with knives, wives, and pitbulls pulling skateboards, to culminate in the launch of Lucien Clarke’s new pro Quattro shoe with SUPRA. It’s a visual success story, from gutter to gallery. “Lucien’s been a part of the crew since he was small,” reflects Edson, “so a show of the history just seemed like the perfect way to celebrate.”

The show itself, featuring beautifully ethereal glossy film prints mounted over xeroxed moments of madness, encapsulates the PWBC aesthetic perfectly; a mash-up of high culture and low culture reflected across the crew’s output as a whole – from the VHS skate videos Tanju once cobbled together for London channel Don’t Watch That to McCoy’s recent exhibition of large-scale collage canvases exploring Soho (London) folklore. It’s a pretty unique approximation of skateboarding that is breathing new life into a sometimes played-out culture. 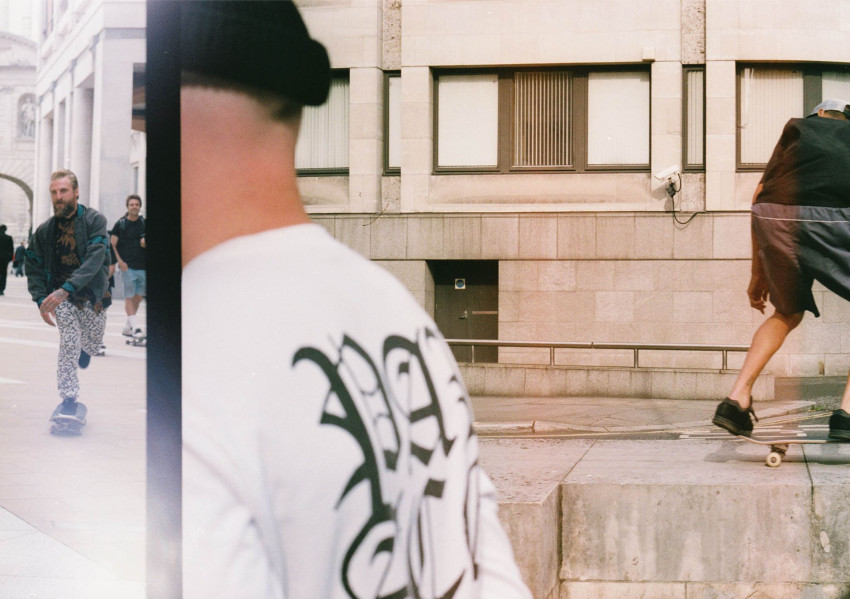 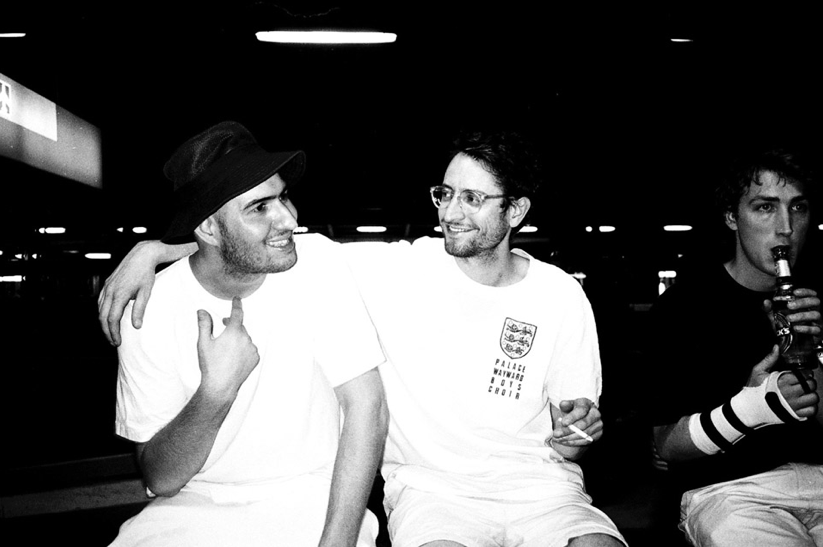 But as things have kicked off and the money (or at least respect) has started flowing the PWBCers have gone in a different direction again, choosing to exhibit decks in London’s most esteemed gallery the Tate Britain (Tanju) instead of copping drones. Equally Edson and Kinloch are more likely to call out visual influences from the art world—like Pieter Hugo and Helmut Newton—than photographers from skate history. So what exactly has kept the choir true to their path over ten years of shenanigans? “I think we all the hold the same values as people and we all believe in one another,” says Kinloch. “We’ve shared the best and worst of times and that means something. Maybe it’s a London thing but I feel it was destiny we were all meant to meet. For what reason? I’m still trying to figure that out.”

Launching in London, and travelling through Barcelona (where a makeshift wayward palace once stood) to Paris (Thursday October 29), PWBC: A Retrospective now sits in a plush gallery in the fancy Marais district—a far cry from the kitchen tables where it was once dreamed up. The past couple of days Cara Delevingne has been seen rocking the Quattro shoe and the world seems all but for the taking for PWBC. But watch closely, because as the retrospective teaches us, nothing about this group’s rise through the ranks is going to be predictable.

“It’s just been nice to give people an insight into something honest without hamming it up and making it something it’s not,” says Kinloch, more modestly. “We’re a bunch of dudes who love skateboarding and in turn each other. We’ve shared a lot of life together and looked out for each other all the way—hopefully that’s what shines through.” 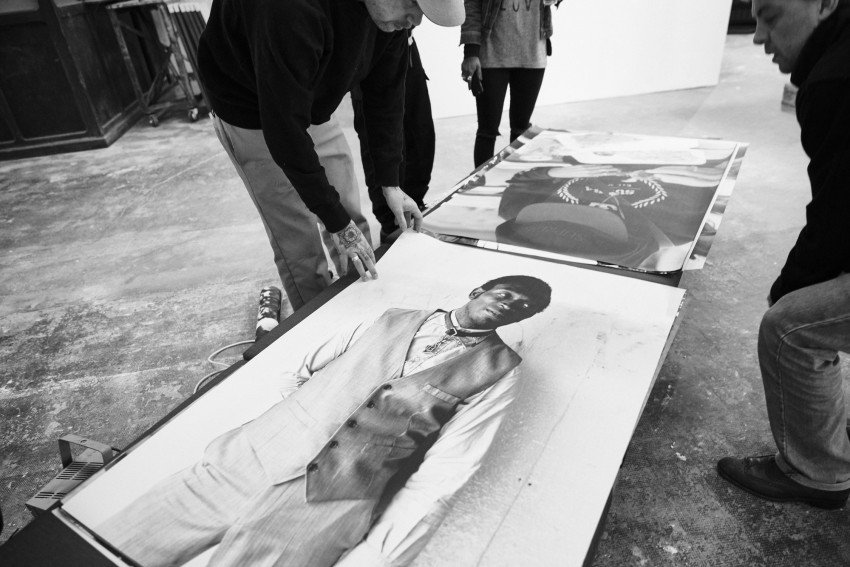 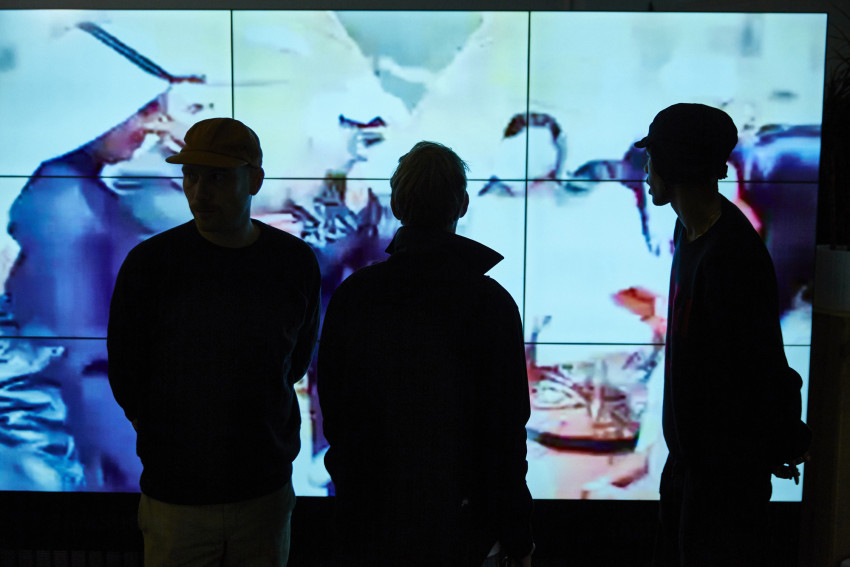 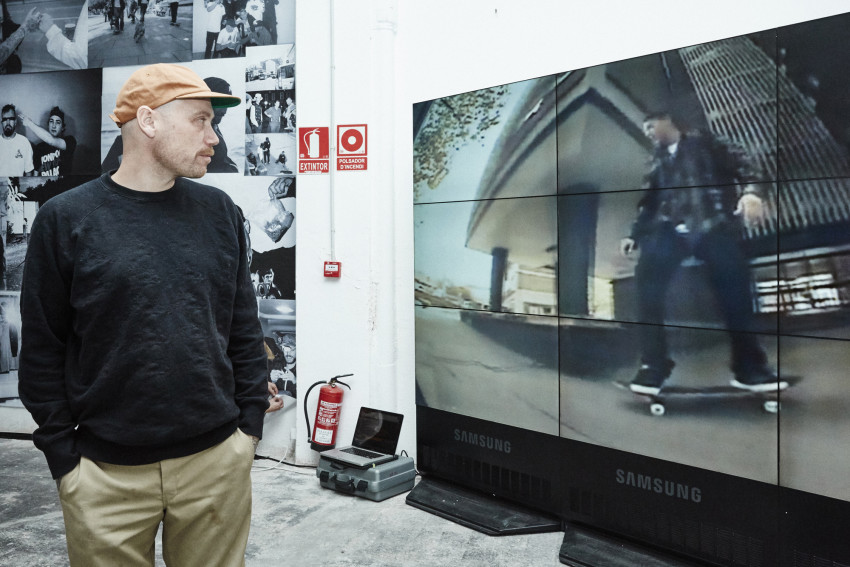 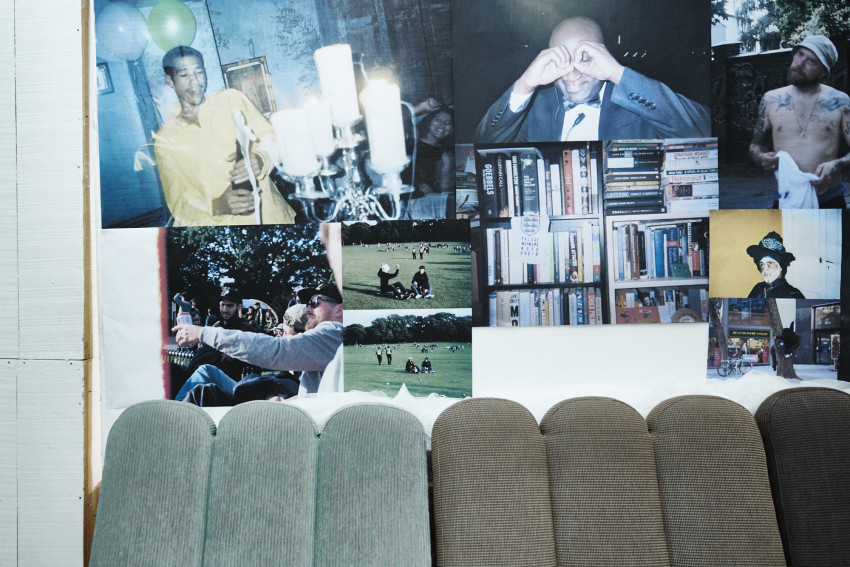 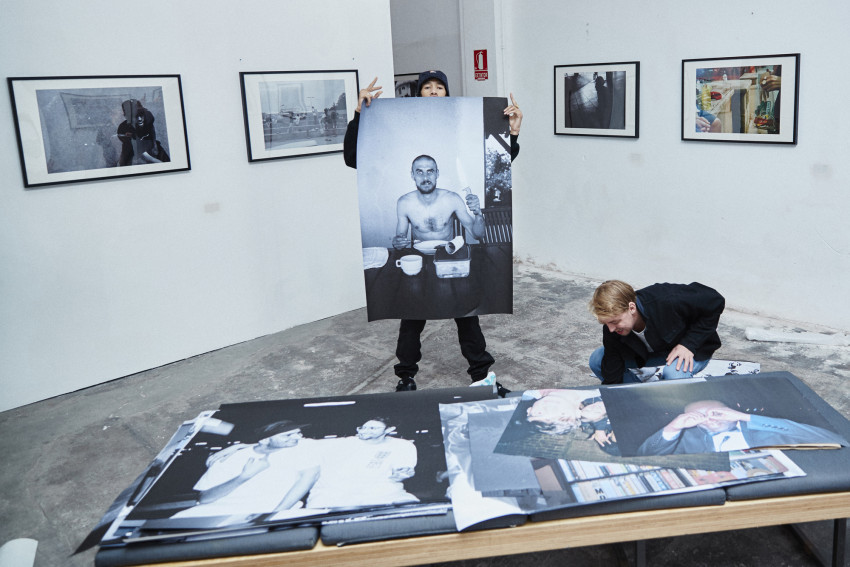 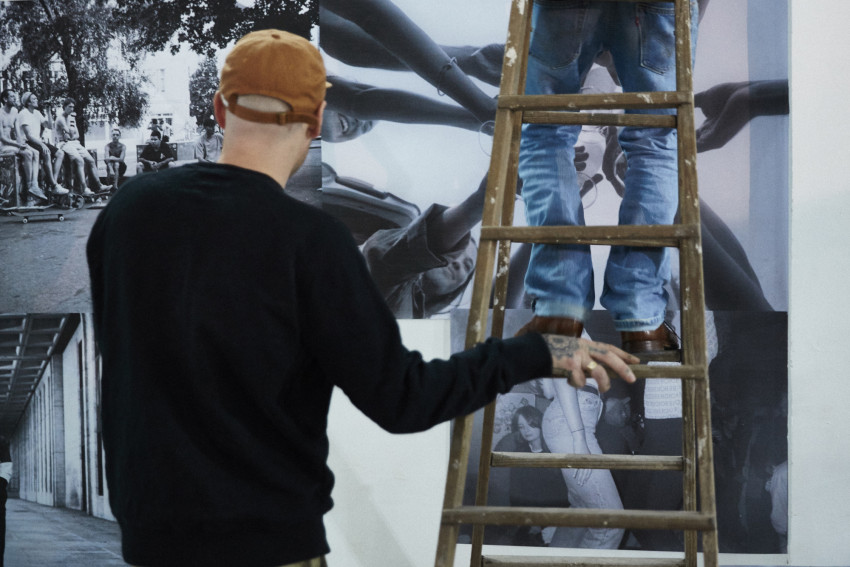 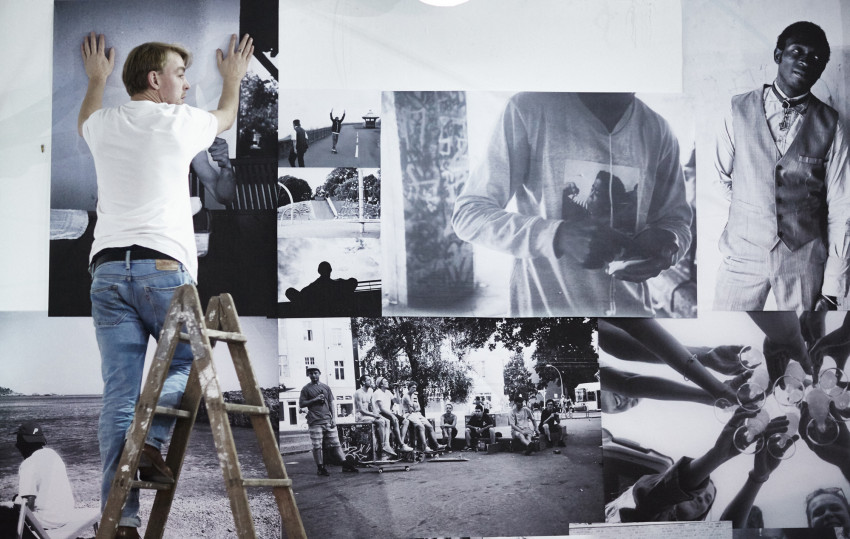