This is the story of four men whose passion come before any paycheck.

Man and machine against the elements. Pushing the limits of what’s possible, through some of the most beautiful landscapes on our planet.

Each with motivations of their own, this was a motley crew united by motorcycles, with the common goal of proving to themselves and the world that they are alive and that the dance must go on.

Two years later, we’re proud to present it to you on the big screen, with all the surround sound and popcorn and beers you could ever dream of. This is one will get everyone’s heart beating, and stoking the flames of adventure again.

We have screening dates in Australia and USA locked in (with more to be announced), along with Japan, New Zealand and Europe. Grab tickets below or head to The Desert Said Dance website to request a screening. 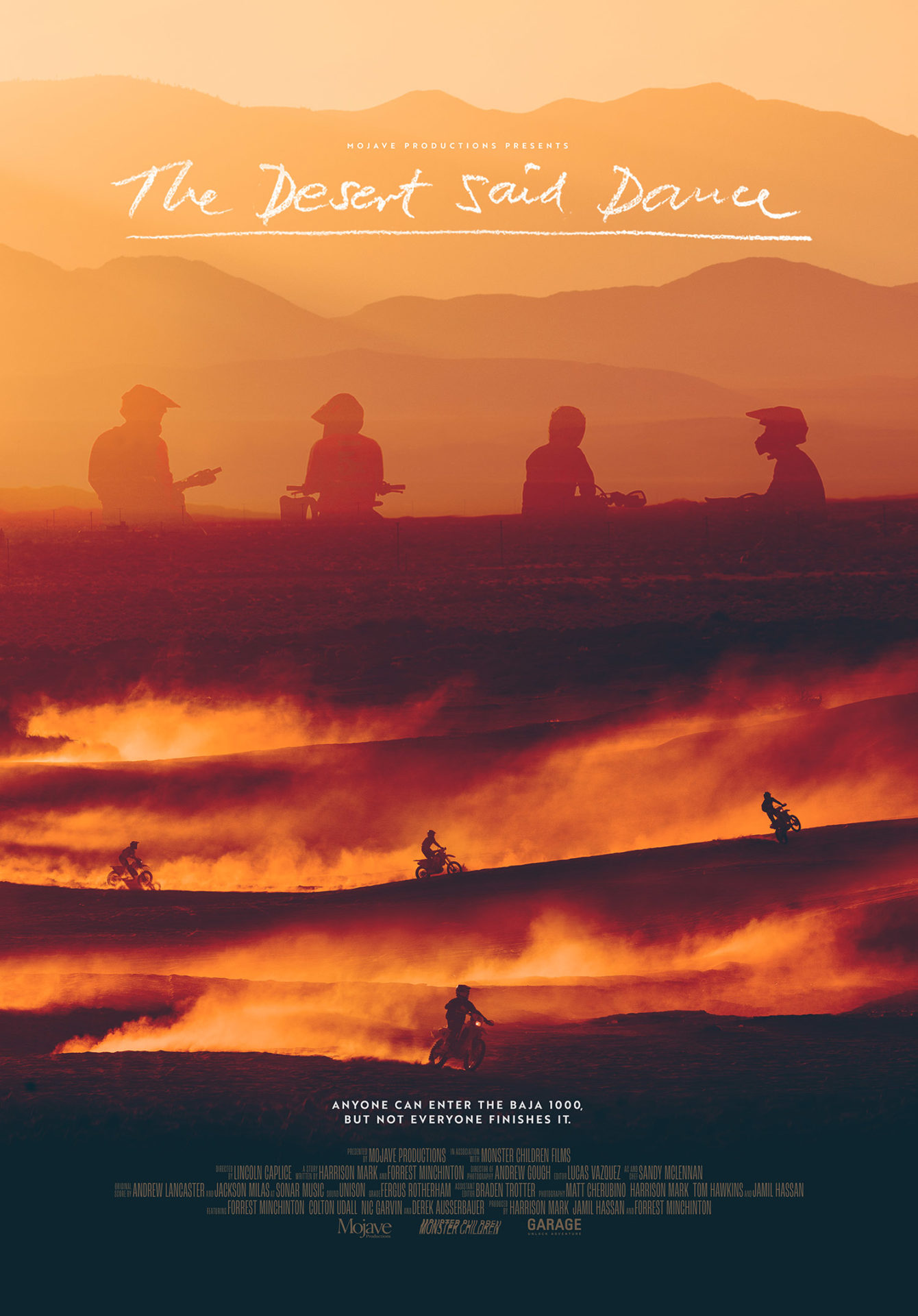