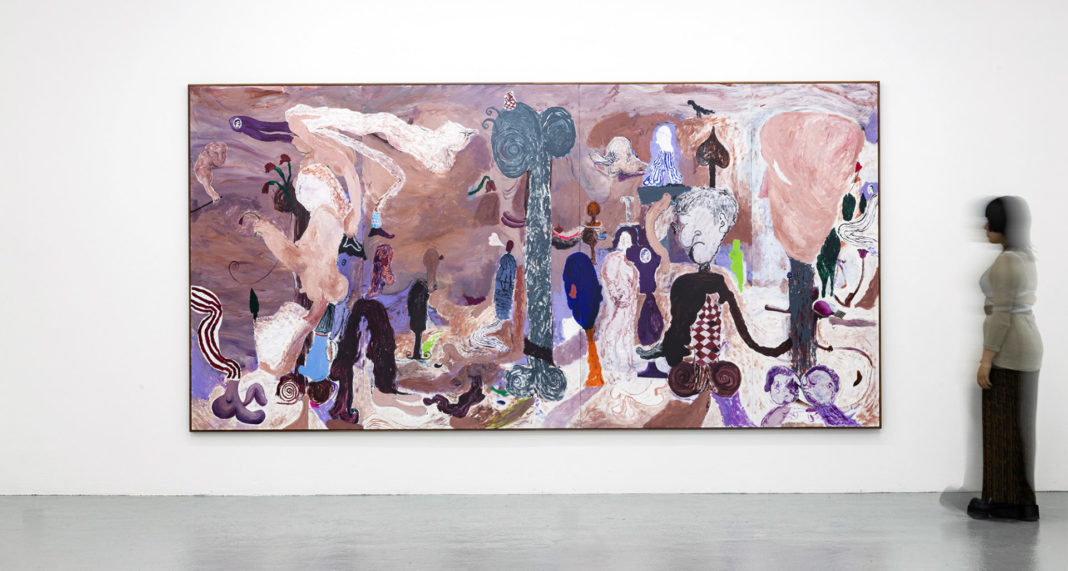 Last month, I went to a bunch of exhibition openings and accidentally forgot to write about them first.

So, here I am redeeming myself. I’m pleased to share a selection of superlative shows to see this September. Walk, don’t run, chop-chop, and get to it, etc.

Art fairs are the art world’s festival equivalent. If you strip back the art talk and thick-framed glasses, you’re left with what is honestly a multi-day bender fuelled by overpriced booze in a seemingly endless pop-up maze of commercial galleries. Sydney Contemporary is our answer to this generalisation. From the 8-11th of September, Carriageworks will transform into a cornucopia of art presented by the best galleries around Australia. Don’t miss iconic booths by Sullivan+Strumpf, STATION, Yavuz and more, with Amplify (this year’s iteration of Installation Contemporary) making the space feel alive both inside and out. With generous programming for Talk Contemporary, Kid Contemporary and Performance Contemporary, there’s something for everyone to enjoy.

There is still time to catch Pierre Mukeba’s current exhibition, Amri Kumi, showing at Roslyn9 Oxley Gallery until Saturday 10 September. Walk amongst levitating acts of sin in the artist’s contemporary interpretation of the Ten Commandments (‘Amri Kumi’ in Swahili), where several large-scale textile works challenge perceptions of what’s right and wrong, good and evil, holy and unholy. Following on from his previous series of vibrant charcoal sketches, Mukeba’s return to working with textiles is a welcomed one, presenting a new collection of dexterously crafted portraits for viewers to unpack in a moody forest green gallery. How will you be judged?

Vivienne Binns, On and Through the Surface, MCA

First recognised for her psychedelic paintings of sexual imagery in the 1960s that were once described by a critic as an ‘affront to masculinity,’ Vivienne Binns has since cemented herself as one of the most important female artists in modern Austalia. Vivienne Binns: On and Through the Surface is the first major retrospective of her work at the Museum of Contemporary Art, Sydney, bringing together over 100 of her works, with each room of the show exploring various themes and methods, including the body, community and regional identity. Paving the way for many Australian female artists working today, this special show is not to be missed, and is on show now until 25 September 2022.

If you didn’t already know, COMA Gallery is opening a second space in Chippendale and we’re excited about it. Marking the inaugural show is Nick Modrzewski with Jiggery-Pokery. Derived from the Scottish phrase joukery-pawkery, ‘jiggery-pokery’ means ‘clever trickery’ or ‘dishonest manipulation’. In a new series of large-scale paintings and sculptures, the artist depicts a chaotic cast of abstract characters getting up to all sorts of mischief. Prepare to descend into the deception and illusion at the opening on Friday, 9 September.

Natalya Hughes, These Girls of the Studio, Sullivan+Strumpf

Have you ever wondered what the likes of Ernst Ludwig Kirchner got up to in his studio in his spare time? Natalya Hughes looked into it and the results are in: mostly problematic sex stuff. Of course, some painting happened too. But there were underage muses involved (Marcella and Franzi). Such are the relationships Hughes unpicks in her new exhibition These Girls of the Studio, which brings together a new suite of intensely bright paintings and hand-tufted rugs that emulate Kirchner’s iconic compositions. Probing and questioning female representation in the hands of male artists, Hughes encourages a playful and provocative reclamation amongst startling displays of colours and pattern. See it for yourself at the exhibition opening on Friday 23 September, 6-8pm at Sullivan+Strumpf.