As soon as word broke out, New York City went crazy. A lot of people received the news from all the cheering and pot banging outside their window. I figured people would be out celebrating, but didn’t expect full-on partying all day and night. 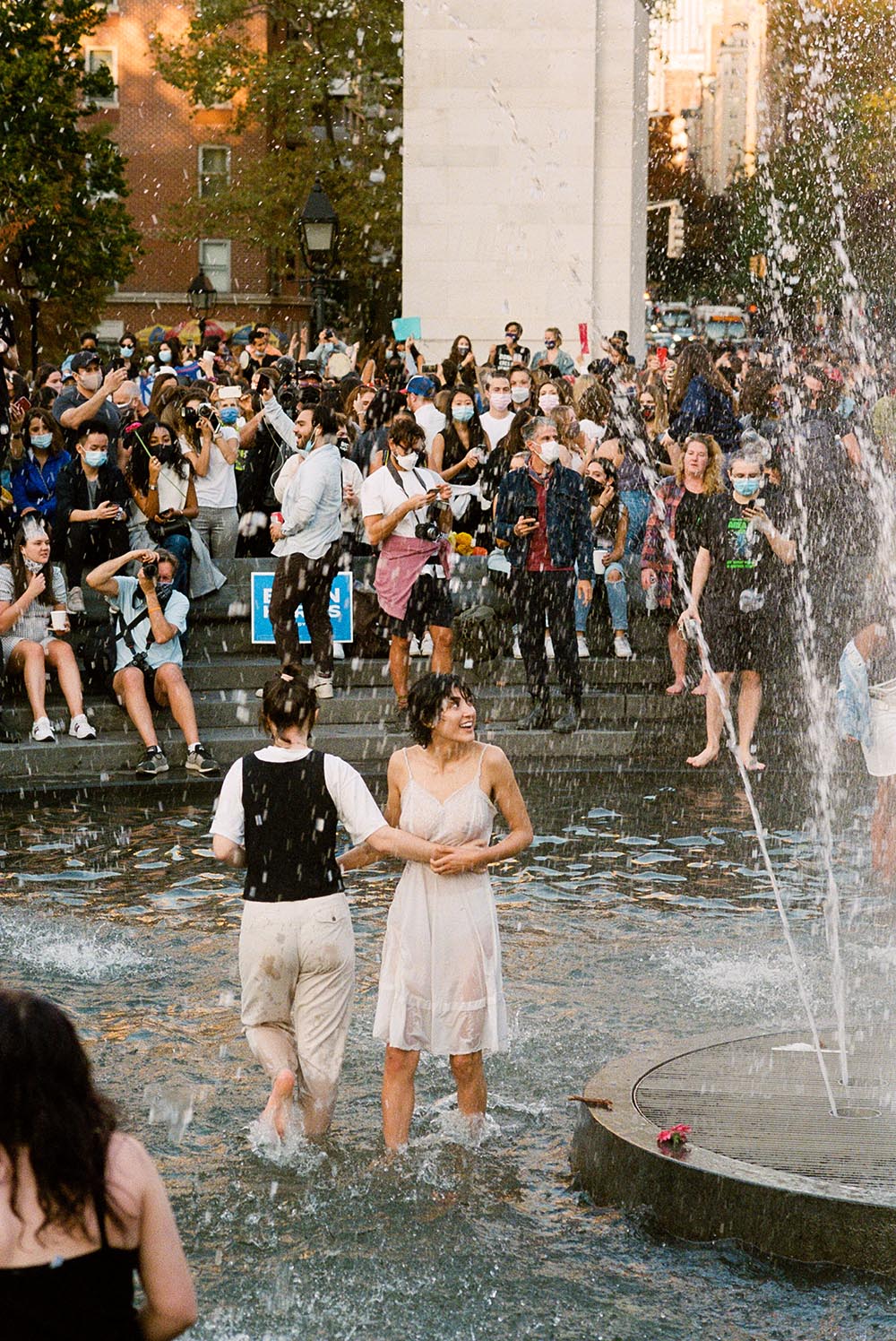 It was straight music festival vibes in the parks all over New York City. At Washington Square, bands, artists, and DJs were playing throughout different pockets of the park, and everyone running around just mega stoked. 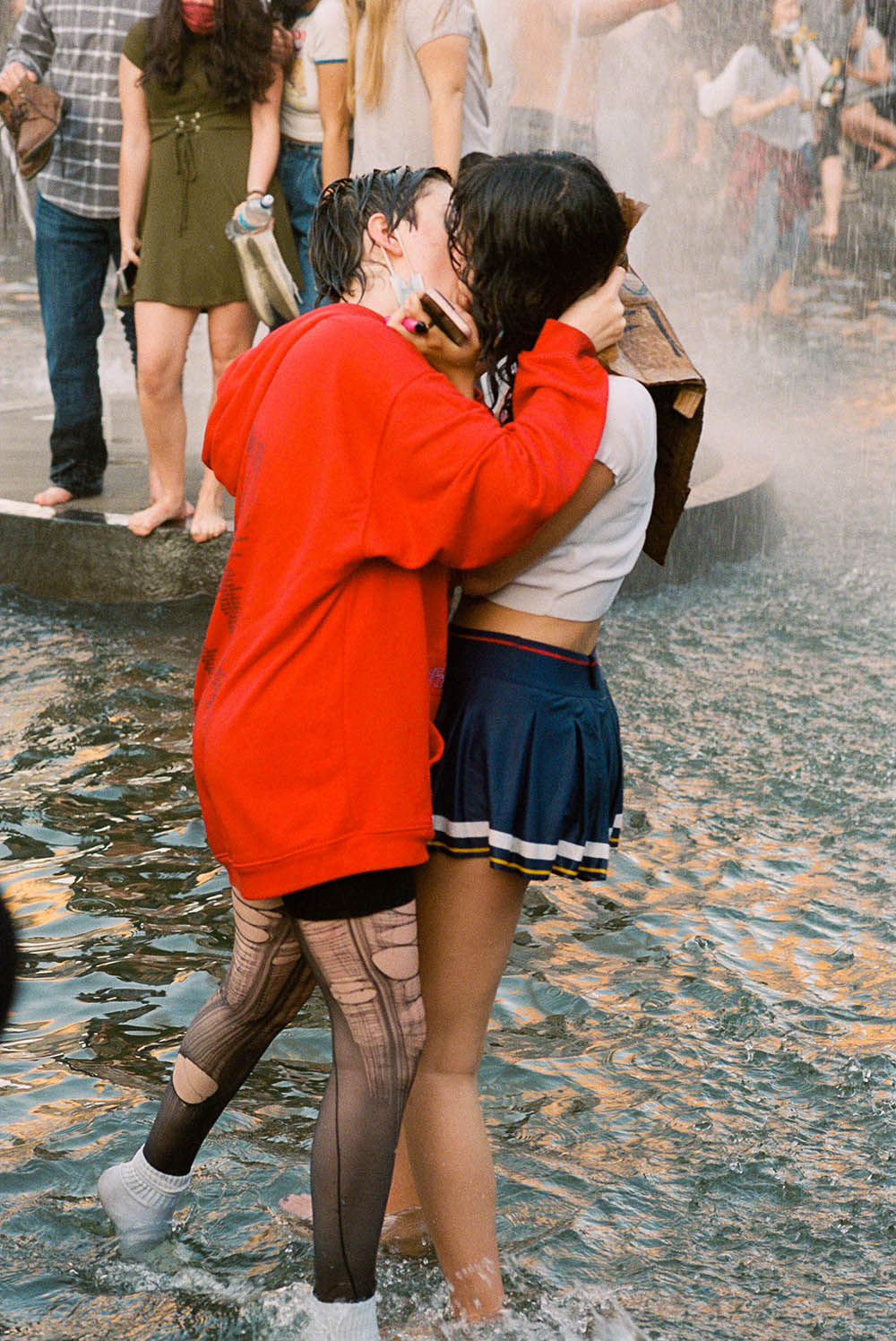 After the year we’ve had—losing lives to COVID, lockdowns, social unrest, police violence—to suddenly see masses of people out, happy and celebrating anything, was pretty insane; like a culture shock, really. I was like, ‘Wait, what is this? Joy? Didn’t this used to happen in our past life?’ 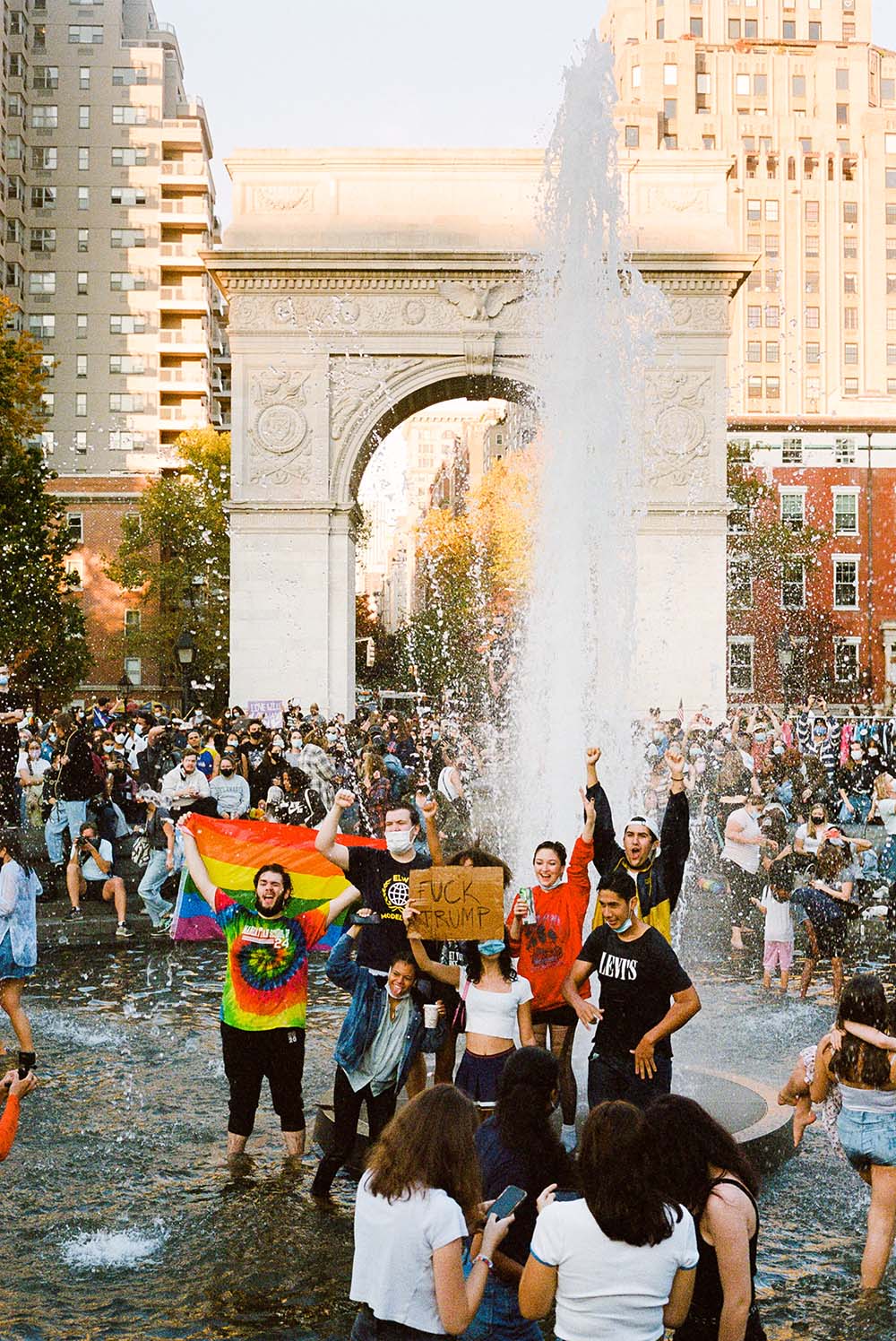 The summer protests were massive gatherings, but not so joyous… This was all crazy positive vibes, and New York needed it. It was 73°F and sunny, in November, and people were running through the fountain all day and night like some sort of baptism; dancing, cheering, making out, popping bottles everywhere. A few times an hour the whole crowd would break out singing ‘Na na na na, na na na na, hey hey, goodbye,’ and I’ve never seen so much Biden/Harris paraphernalia in my life—or anyone remotely stoked about him. There was literally zero hype on him leading up to the election, but on this day, t-shirts, flags flying on motorcycles, cars, being waved around the park… Being finished with Trump is such a massive deal.

Now it’s back to our regular nightmare, where COVID cases are on the rise and Trump’s voters, donors, and ideologies aren’t going anywhere. We celebrated electing a president with a questionable stance on fracking on a hot November day. We elected one of the authors and enforcers of a 1994 crime bill that specifically incarcerates Blacks and Browns during one of the largest civil rights movements in history.

But hey, maybe this is a turning point. If we can get Trump out, maybe we can pull off some other wins for the people. 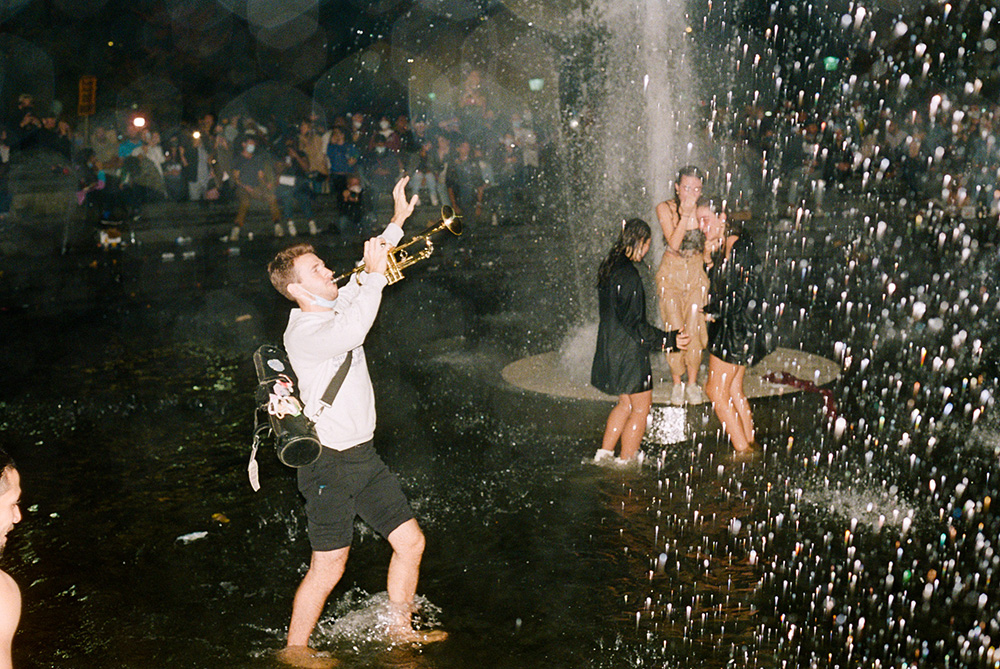 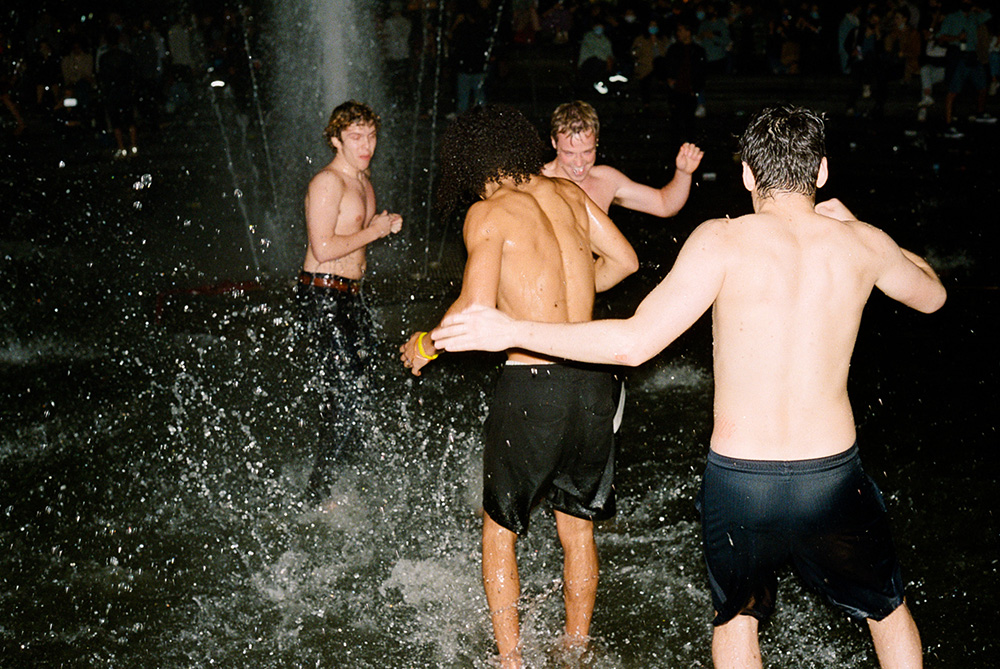 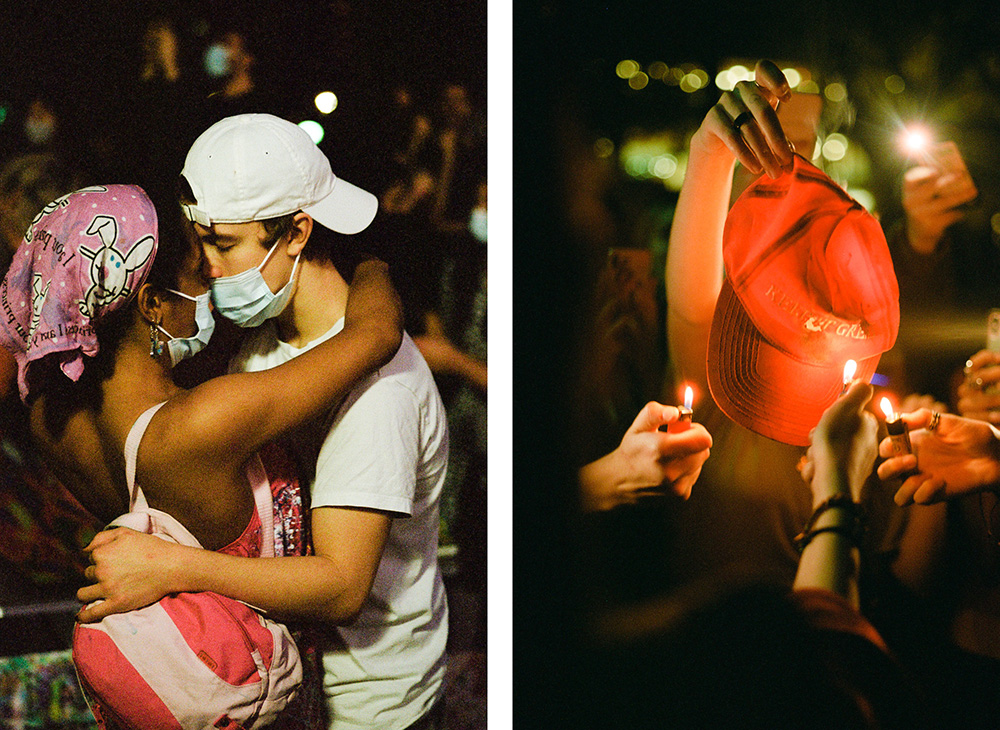 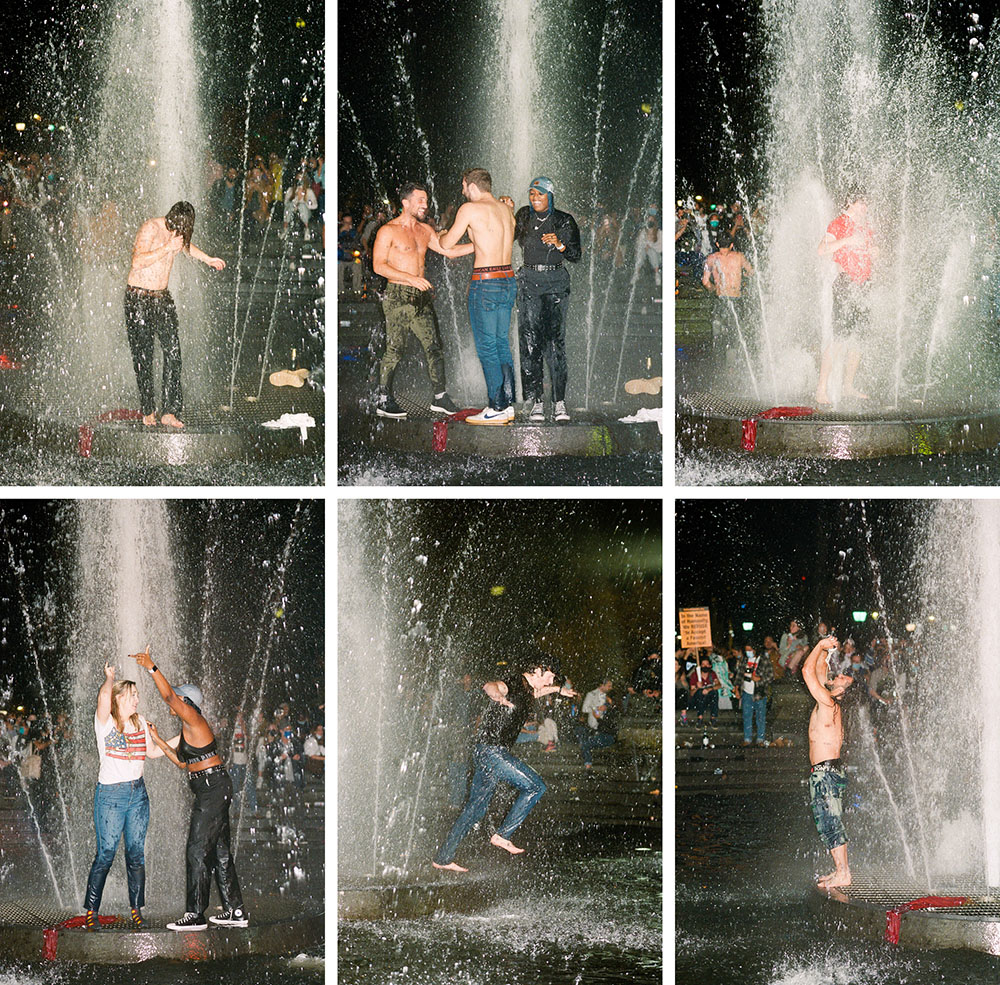 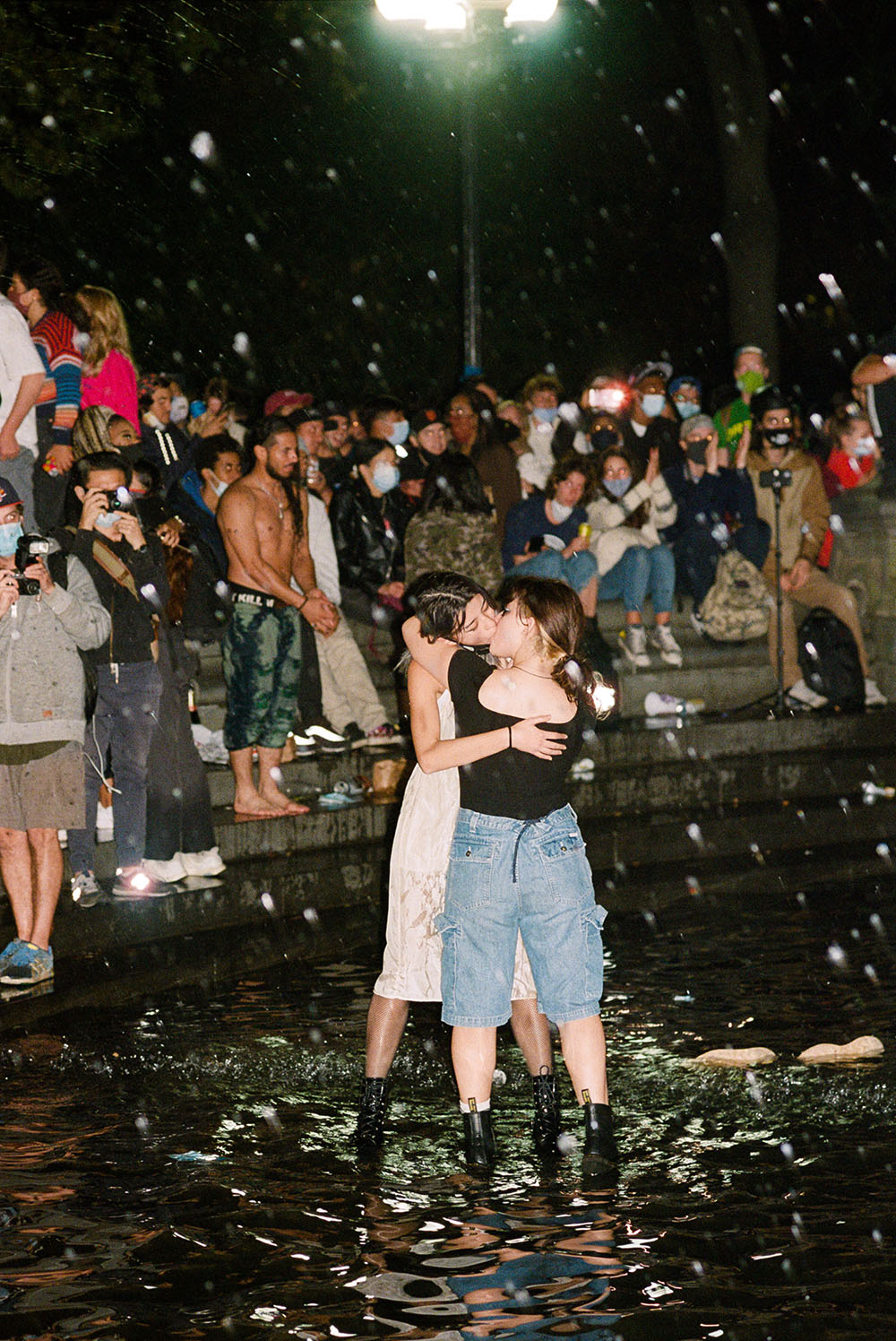 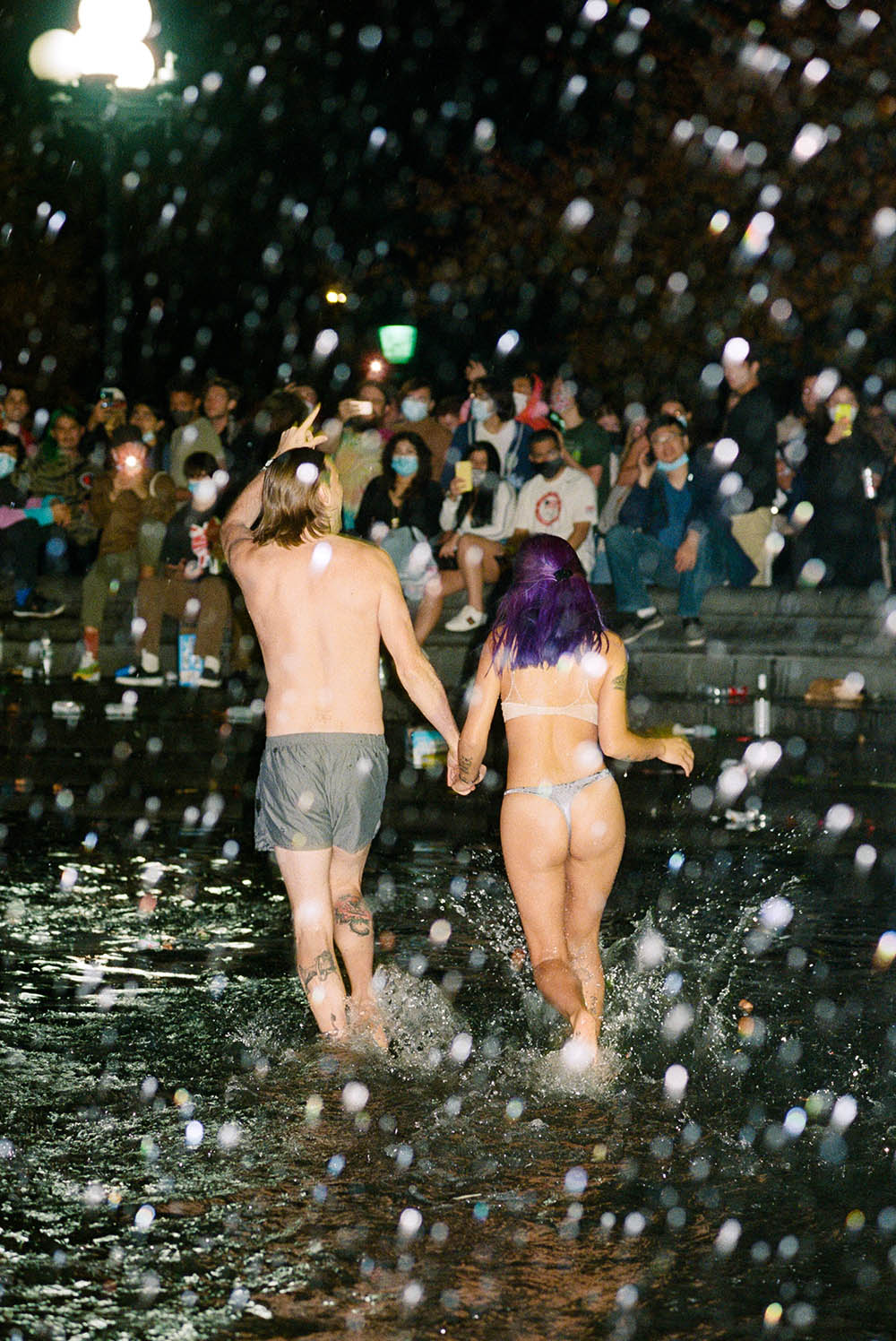 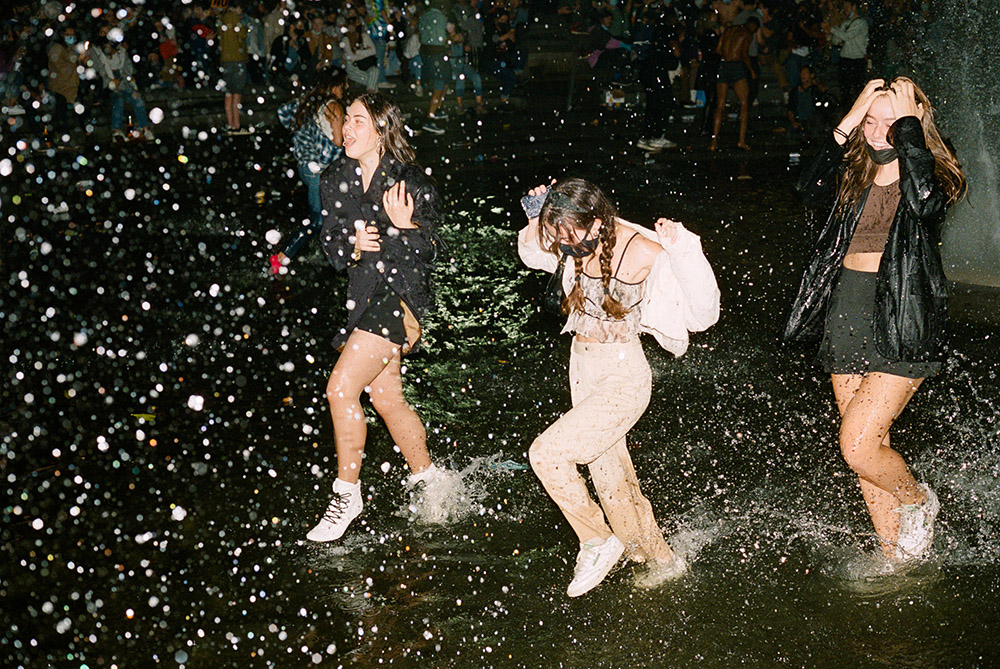 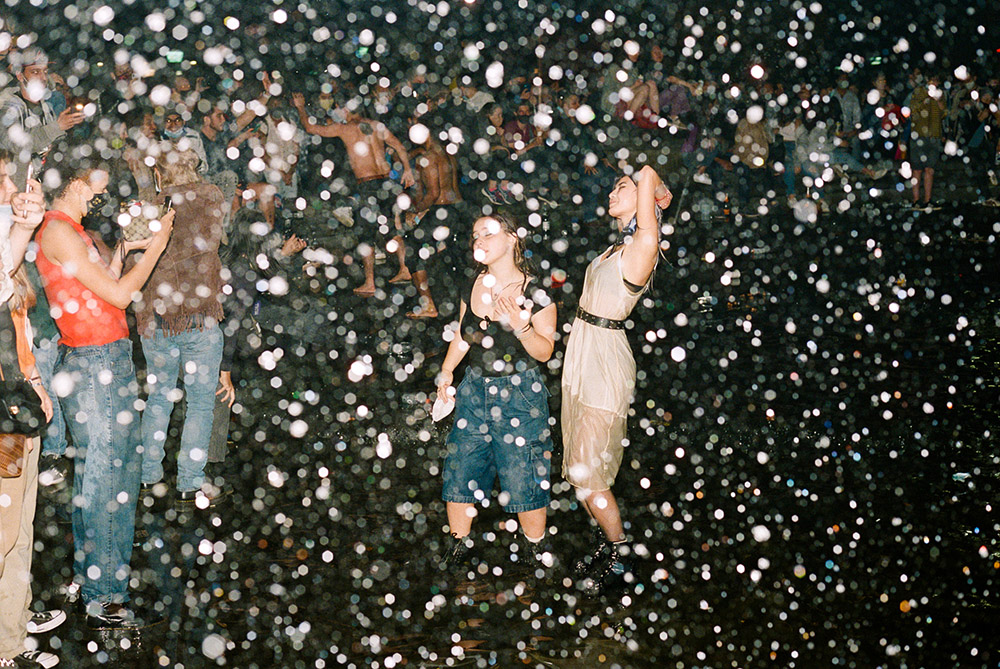 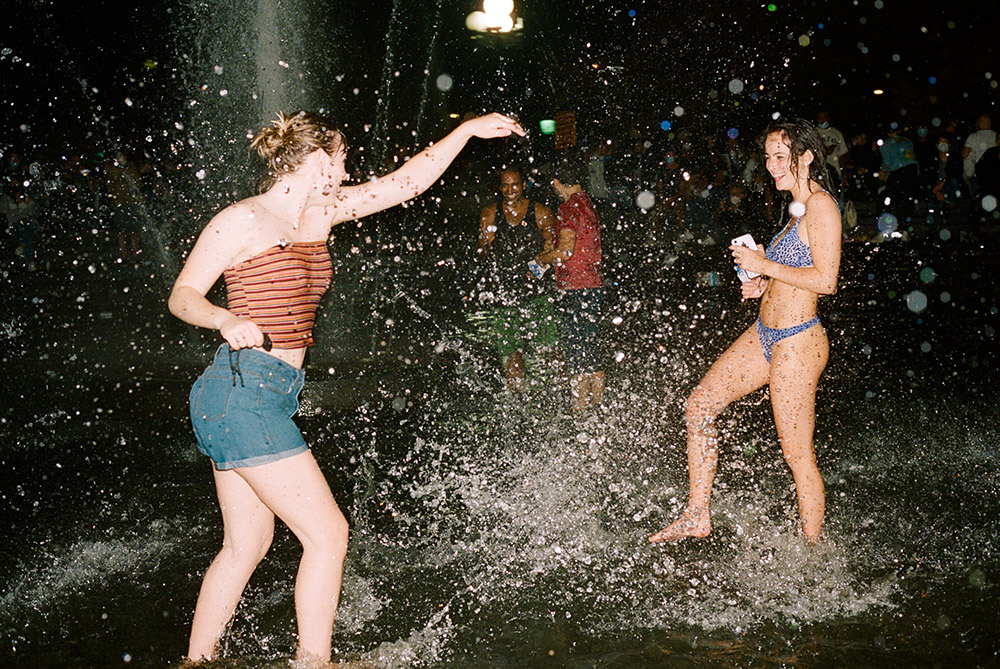