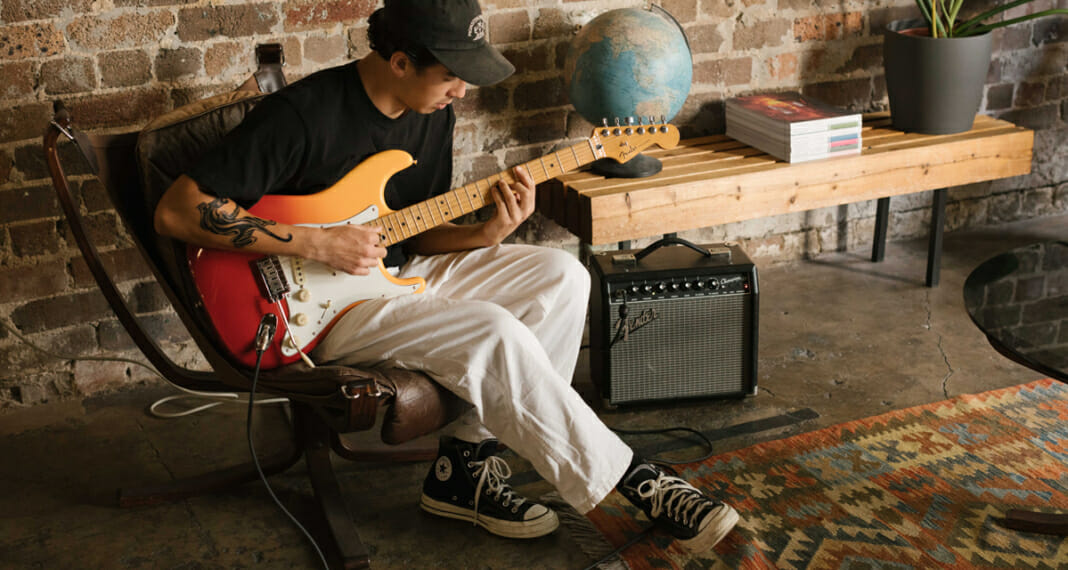 Working at Monster Children is fun and there are many perks, and sometimes those perks are electric guitars.

When Fender asked if we’d like to test-drive a guitar from their new Player Plus range, we said, ‘Duh, of course, yes please,’ and since designer and Chinese James Dean Jye Kwong is the keenest guitar player in the office, we gave it to him to muck around with for a couple of weeks. What would he make of the new 12”-radius fingerboards with rolled edges or the new pickups that deliver highs that can cut through the mix without the distracting hum? What would he think? What would he say? Let’s find out. 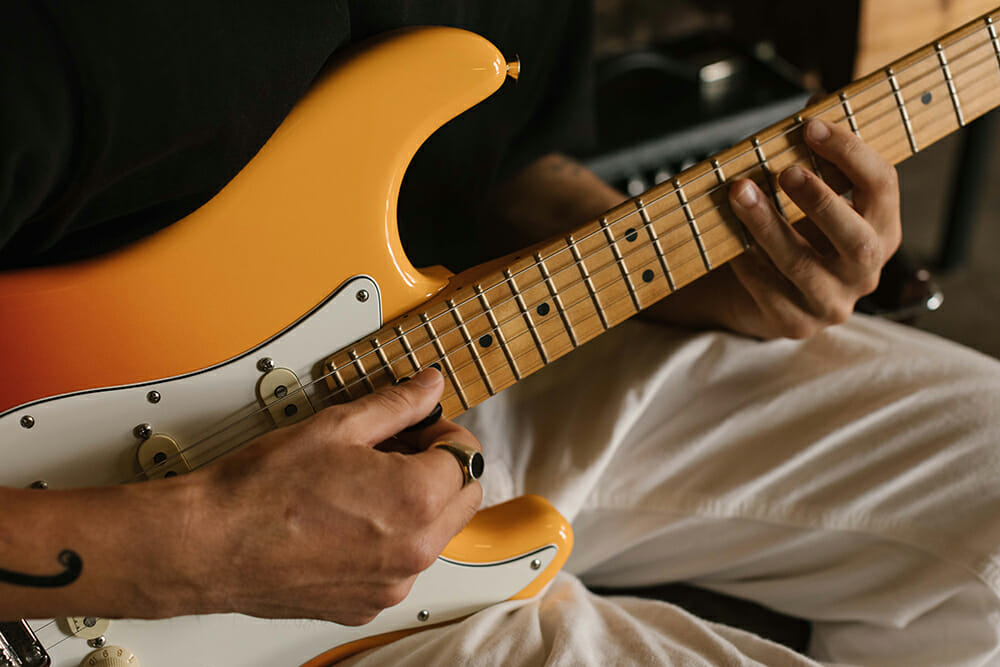 First question: What’s it like being the Chinese James Dean?
Ha-ha, I wish.

How long have you been playing the guitar?
On and off for about 7 years.

What was the first song you learned how to play?
It was either Old Man – Neil Young or Rhiannon – Fleetwood Mac.

What’s been the most difficult song to learn?
I would say ‘Little Wing’. It was pretty difficult, not so much to learn but to actually play through smoothly and at a good pace. 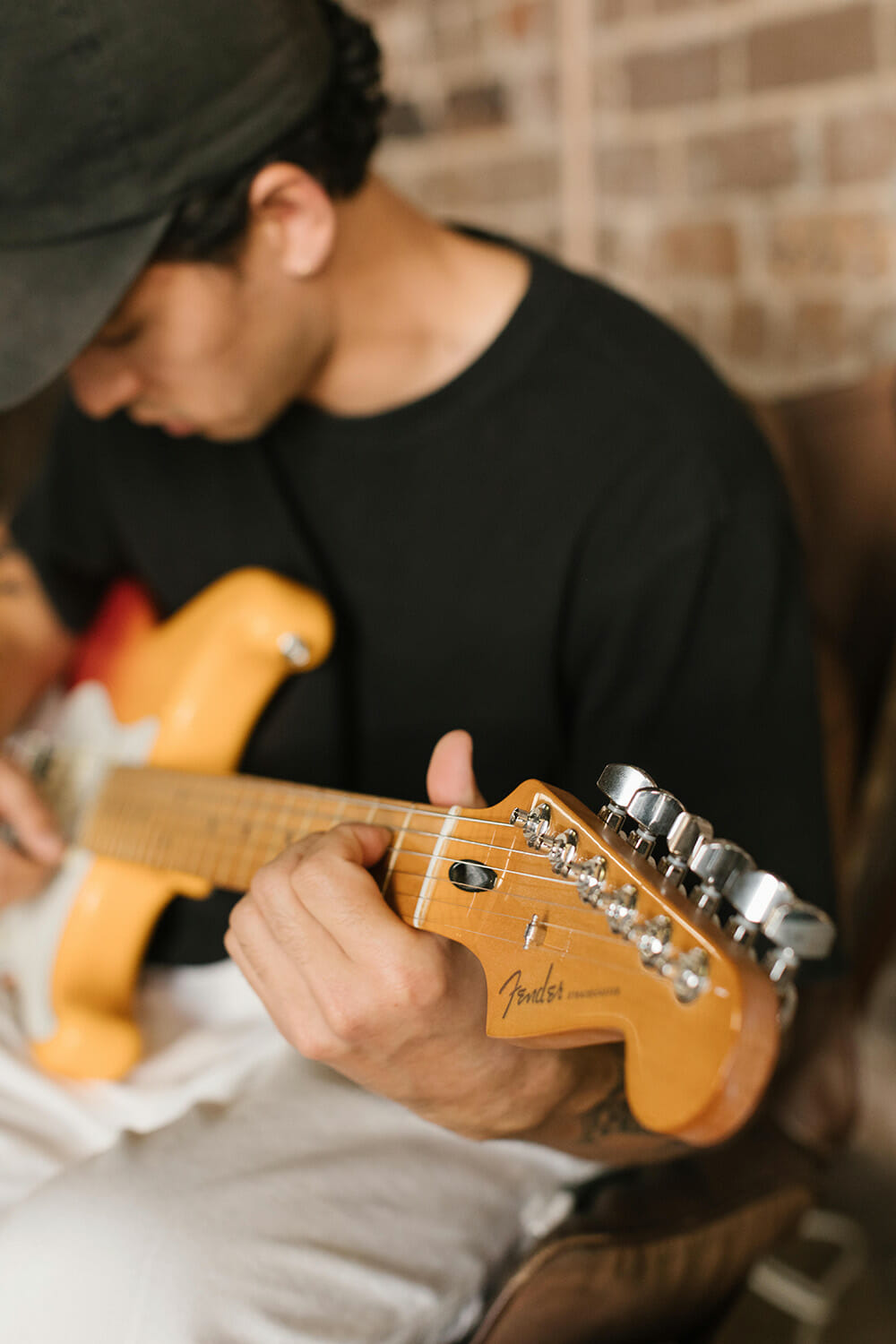 Top 5 guitarists of all time?
Narrowing it down to 5 is pretty tough. I would say 7 of my favourite guitarists for a variety of reasons would be John Fogerty, George Harrison, Jimmy Page, Thom Yorke, David Gilmour, Jimi Hendrix, and Johnny Marr.

What kind of guitars do you have at the moment?
I have a Fender Classic Design Acoustic and a Fender Strat.

What was the first thing you noticed when you plugged in the Player Plus Strat?
It just felt super comfortable and easy to play and sounded great. I definitely feel like I have improved since picking up this guitar. The fretboard is super easy to slide up and down on and the guitar just makes playing effortless.

How does it differ from your regular strat?
Even though they look almost identical I feel like the Player Plus Strat is a little more refined. It feels almost smaller than the regular strat and is even more comfortable to play.
I also noticed the player sounded really crisp and was like a modern take on the classic Strat sound. It also has two unique pickup configurations that aren’t normally found on a Strat that sound great. 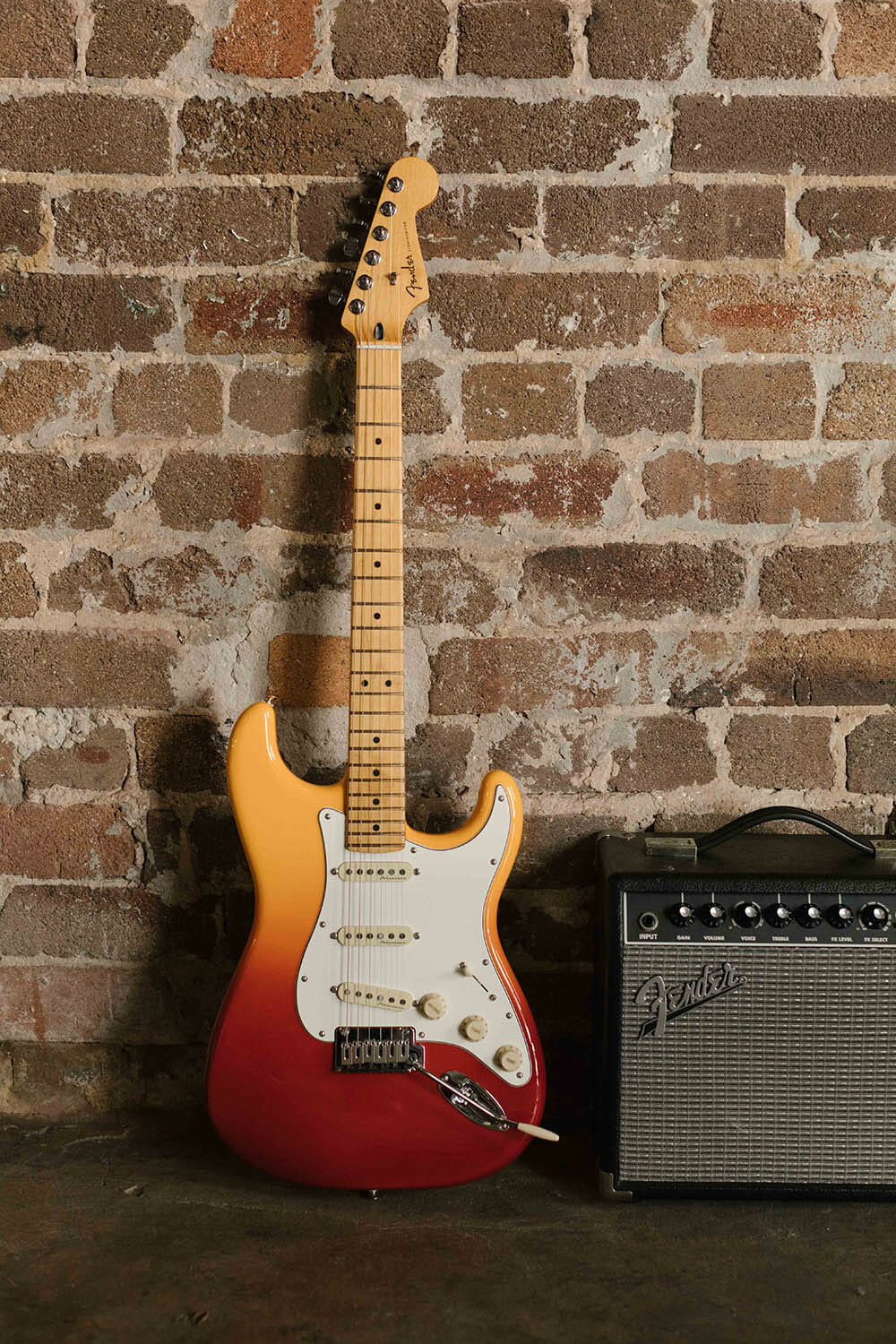 How was the fingerboard?
The fingerboard for me was one of my favourite parts of this guitar, the fingerboard is slightly narrower than my regular Strat and it allowed me to bend notes much easier. It also has rolled out edges making it super comfortable to play.

Would you prefer this guitar over your own?
I love my original Strat but I do think I prefer the Player Plus series. It is so comfortable to play and I feel like I am a better player on this guitar.

Do you know that song that goes Mmm-Mmm-Mmm?
No clue.

How likely are you to recommend this guitar to a friend?
Very likely. A Stratocaster is a great electric guitar to have as it is so versatile and easy to play and the Player Plus series is also super affordable.

Check out the full Player Plus series here. 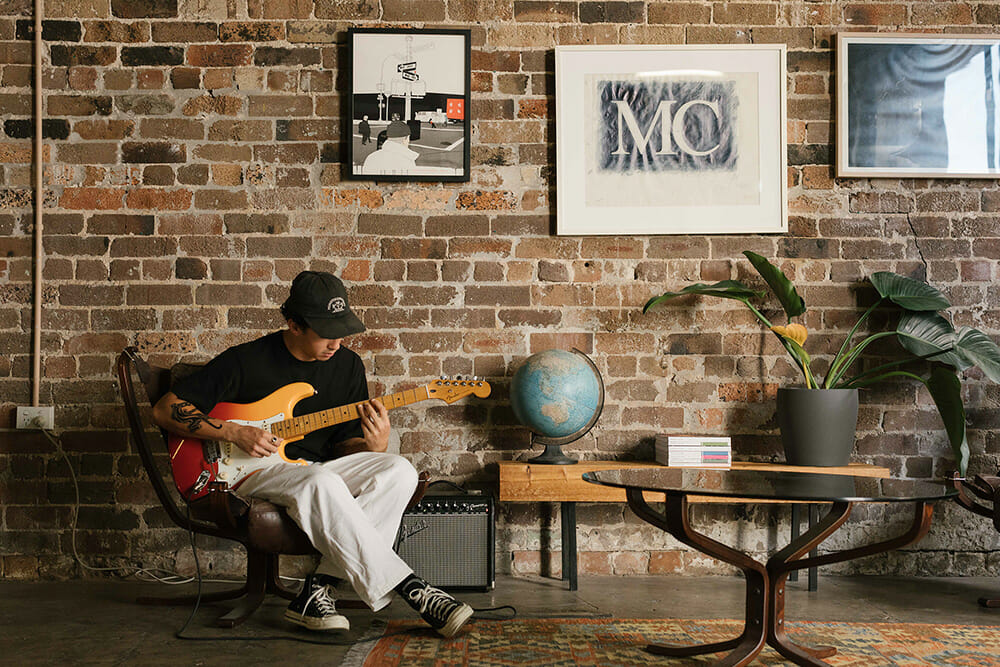