Yesterday, while driving through Los Angeles with my mother, she noted that the expansive urban environment got her thinking about her childhood and how things have changed.

Rather than getting lost in the nostalgia though, she thought about the present which—in her mind—is a seething mass of emotional un-health, brought on by an inherited feeling of inadequacy, RE: the twisted, inept, incorrect American government. 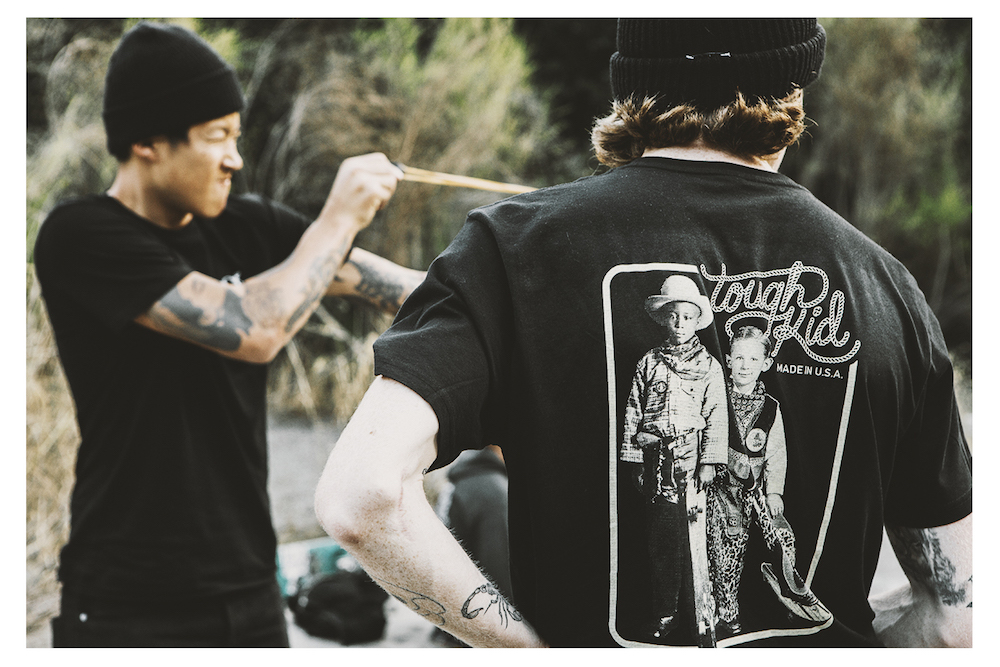 One thing rang true though: “I do feel for the blue-collar worker in the middle of the country,” she lamented, “nothing is made in America anymore.” Look around the room you’re in, hell, you don’t need to look farther than the clothes you’re wearing. Chances are just about everything you’ve got has spent time in a shipping crate from another country. 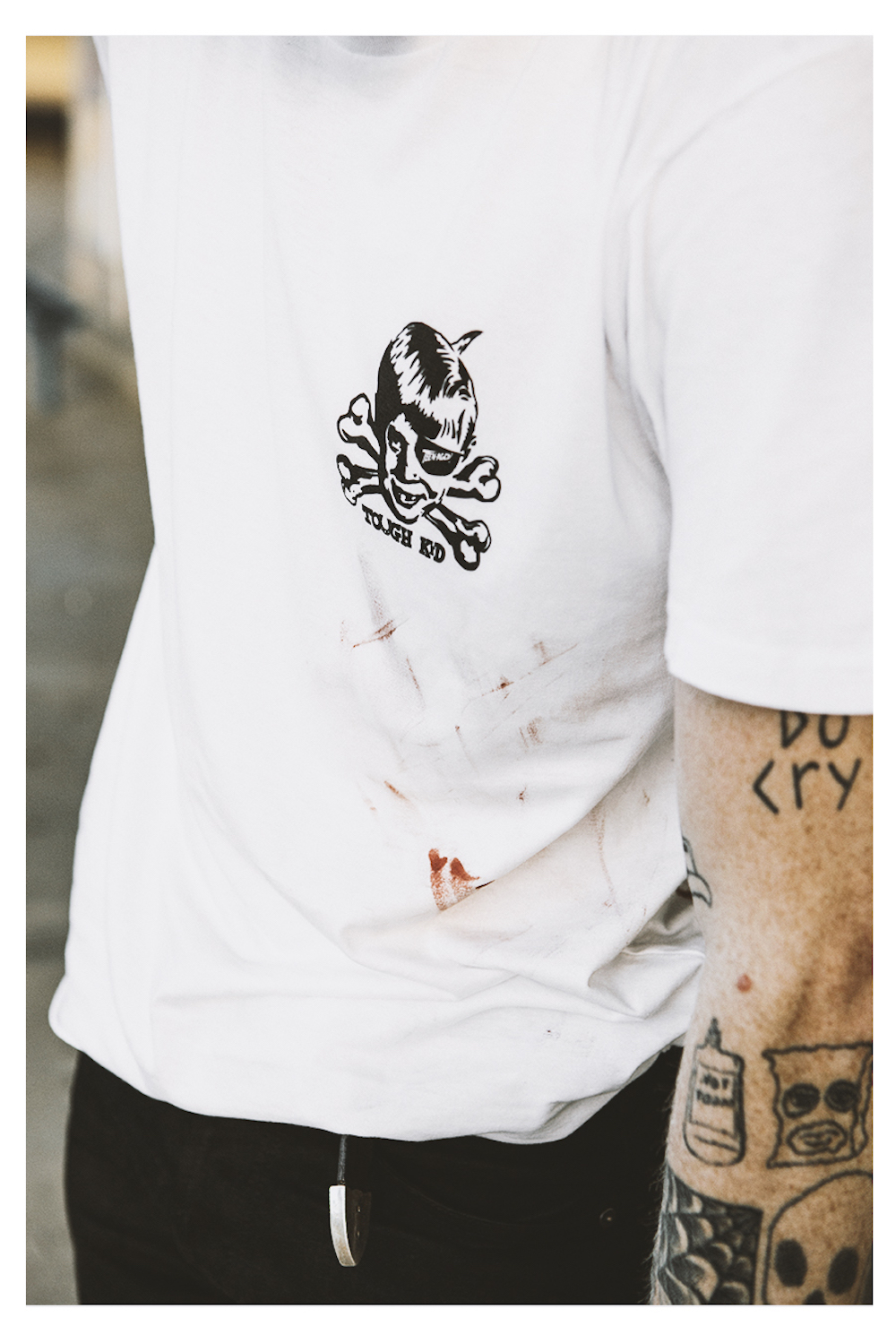 Enter Thee Teen-Aged, a denim brand made in the USA, inspired by the 1950’s pop culture of my mother’s early childhood that was revived in 1970’s and 80’s fashion. It is the creation of Alaysha Owerka-Moore, a designer whose resume goes all the way back to the 1990s brand Phat Farm and moves forward through work with brands like Droors Clothing (the original DC Shoes) and Alphanumeric. 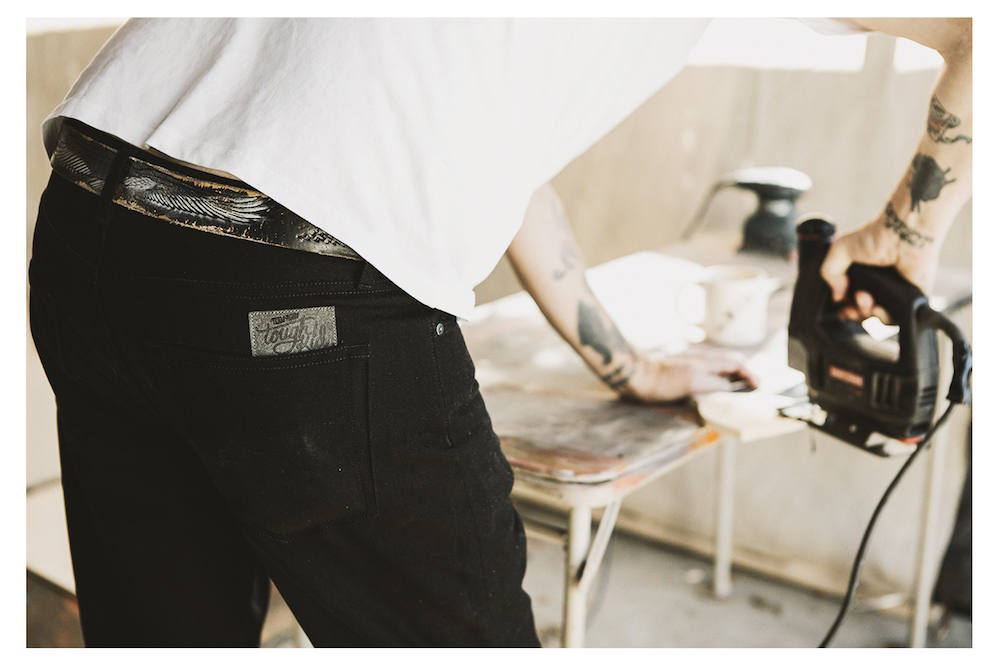 Drawing from the images of ‘50s-era teenage delinquency movies and the 70’s punk scene that grew out of “taking the piss at the 40s-50s utopic nuclear family”, Thee Teen-Aged features high-grit durable denim pants and jackets, supplemented by workers style t-shirts and tops. This image is supported by a series of zines and ads that mimic the pulpy tabloid headlines and B-movie subcultures of that time. Their new line, “Tough Kid,” continues in this vein, through the character of a streetwise youth who doesn’t give a shit what you think. And Thee Teen-Aged wants you to know that they don’t either. 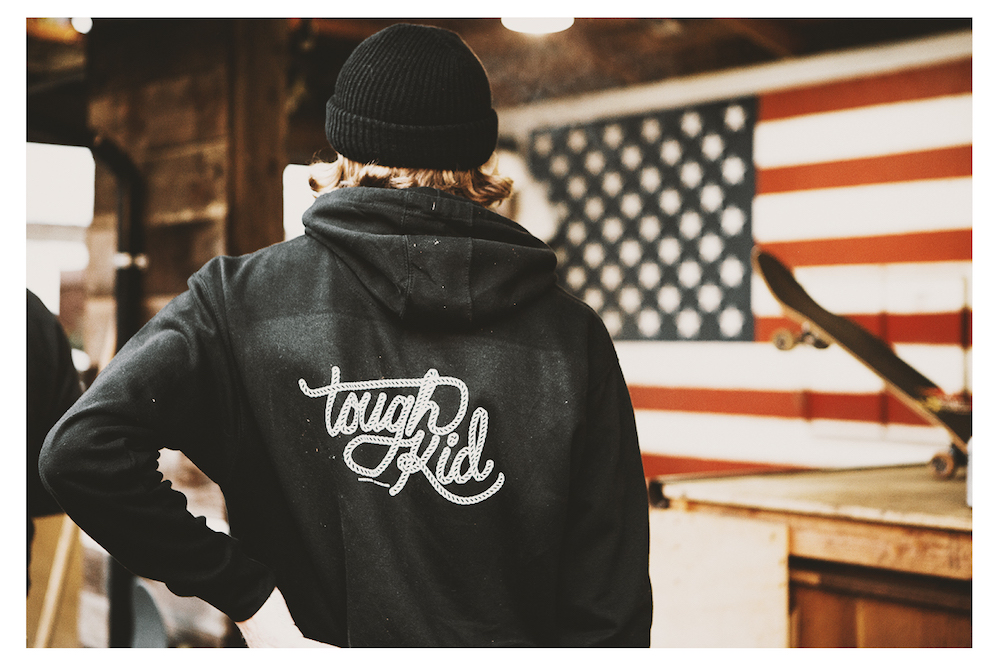 Aside from the clothes being aesthetically pleasing, perhaps more importantly is the company’s purpose. Thee Teen-Aged have an important role to play in representing a change in goods manufacturing in the United States. They’re helping to bring those jobs back, even if slowly, and that is a step in the right direction. I appreciate what Thee Teen Aged is about and it’s backed by a fabulous sartorial design pedigree, so that already puts them a step above the rest. But, I suggest that when you wear their denim, try your best not to slip into nostalgia. Instead, think of the world they’re aiming for and what we can actually do to get there. 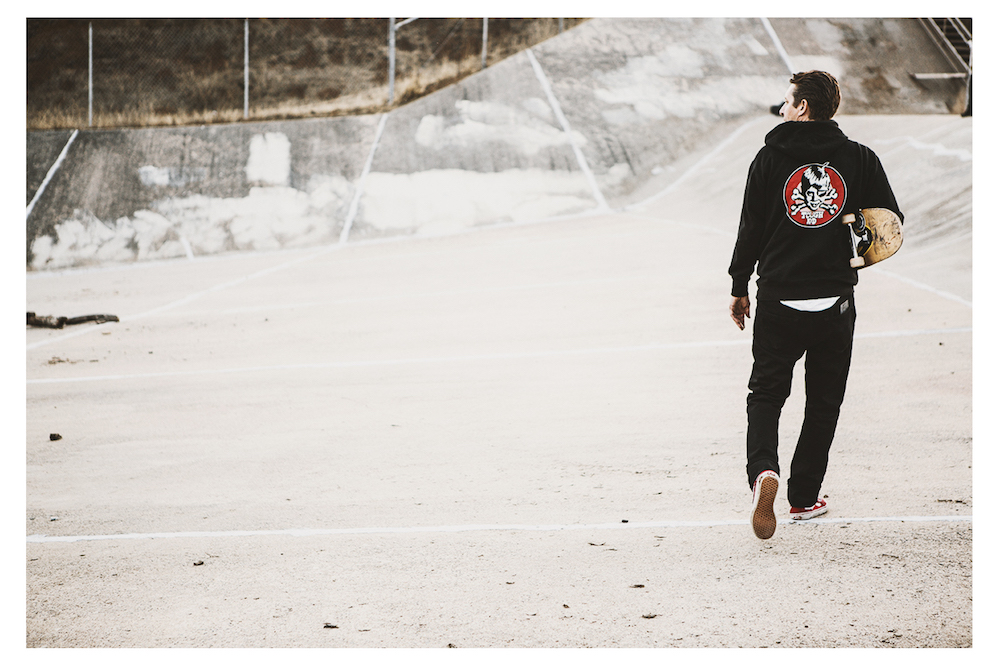