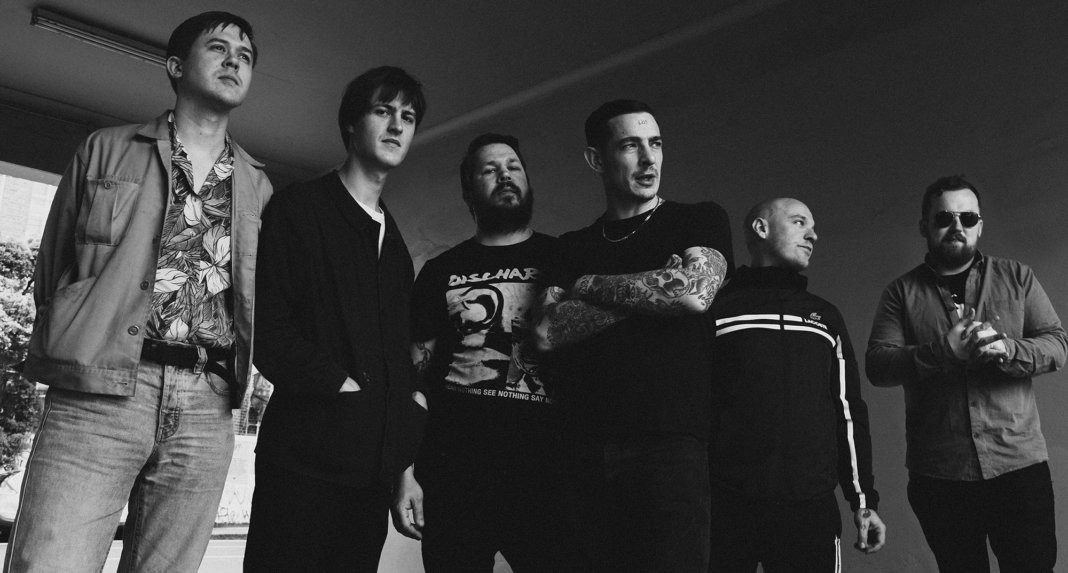 Sebastian Murphy is short of breath when he gets on the Zoom call for our interview.

The frontman of Swedish post-punk band Viagra Boys says he’s just finished tennis practice, somewhere in Stockholm, and now he’s pacing around outside. ‘I’m fucked,’ he answers when I ask how he’s going. He sounds tired and a little bit defeated.

It’s either fitting or a little bit ironic that Sebastian has been playing tennis because Viagra Boys are best known for a song called ‘Sports’. It’s a catchy track with a groovy bassline, some jazz elements and vocals that are borderline spoken-word. On the track, Sebastian lists off a bunch of sporting paraphernalia in his deadpan drawl, making the whole act of playing sport seem vaguely ridiculous and not very masculine. ‘Baseball / Basketball / Weiner dog / Short shorts,’ he sings.

By the end of the song, a saxophone is wailing, traversing the line between music and noise, and Sebastian is repeatedly howling and scatting the same word: ‘Sports’. Sebastian has tatts all over his body, including one on his forehead, and a penchant for wearing dark sunglasses on stage—which is to say that he sure doesn’t look like a dude who plays sports.

The song came out in 2018 on Viagra Boys’ first full-length album, Street Worms, and now has over 4.5 million streams on Spotify. It wasn’t a bad start for a band who formed after they saw Sebastian doing a karaoke rendition of Mariah Carey’s ‘We Belong Together’. Sebastian explains, ‘My friend Benke was there, who’s the bass player today… He heard me sing and was like, “Yeah man, we gotta start a band.” So then he forced me to go to band practice.’

Viagra Boys eventually got signed to a Swedish label called Year0001, which is better known for releasing rap and electronic music. The follow up to Street Worms was a four-track EP called Common Sense, which came out earlier this year. It featured another high energy, slightly bizarre and yet undeniably catchy single called ‘Lick the Bag’, which is about sucking the crumbs from the drug bag. ‘Tell me what we’re gonna do with that bag,’ Sebastian sings, ‘We’re going to lick it’ comes the backup vocals. It’s a fun, light-hearted song about taking drugs.

As with many bands, the pandemic has provided Viagra Boys with plenty of time to write and record new music and last month they announced the release of their forthcoming album, Welfare Jazz, which drops in January 2021. The first single is called ‘Ain’t Nice’, and its release was accompanied by a quote from Sebastian that did the rounds of the online music press. Sebastian said, ‘We wrote these songs at a time when I had been in a long-term relationship, taking drugs every day, and being an asshole. I didn’t really realise what an asshole I was until it was too late, and a lot of the record has to do with coming to terms with the fact that I’d set the wrong goals for myself.’

While it’s obviously a quotable quote, the sentiment is pretty sad and heavy. When I ask Sebastian if the new album will be a little darker than Viagra Boys’ previous releases, he explains, ‘I definitely wrote it in bit of a dark time, I think, which I’m not in now. But some of it I listen back to and I’m like, Eugh, fuck that shit, you know?’ He continues, ‘Maybe it’s a bit more reflective.’

At a glance, ‘Ain’t Nice’ seems a lot like Viagra Boys other music: funny, sarcastic and groovy. Sebastian sings, ‘I need a place for all the shit in my closet / I need a place to put all my electronics / Ain’t nice / I ain’t nice’. But he explains that the lyrics are actually about when he was moving all his shit out of his ex’s place. ‘When I moved out of my ex-girlfriend’s house, I had all these old electronics in every single drawer [and I was] taking apart stereos and calculators and all sorts of shit. I was like, “Jesus Christ, I’m such an asshole. Why do I collect all this shit and put it in my girlfriend’s house?” It’s kind of about hoarding and then the rest of it’s kind of a joke.’ The song is written as if Sebastian does this to women intentionally, but he says that’s the part that he’s joking about. ‘That’s a while ago,’ he says. ‘I’m back with another person now, so don’t talk too much about my ex, you’re gonna piss off my girlfriend.’

Another hint of the gallows humour on Welfare Jazz is in the film clip to ‘Ain’t Nice’, which is a single shot of Sebastian stumbling down the street, smoking, puking, stealing a kid’s scooter, stealing someone’s jacket, starting fights with strangers, and diving onto a couple who are picnicking. It appears to be a very middle-class, cosmopolitan area and he’s basically having a breakdown in the middle of it. Sebastian explains that the concept came from a dream that he had. 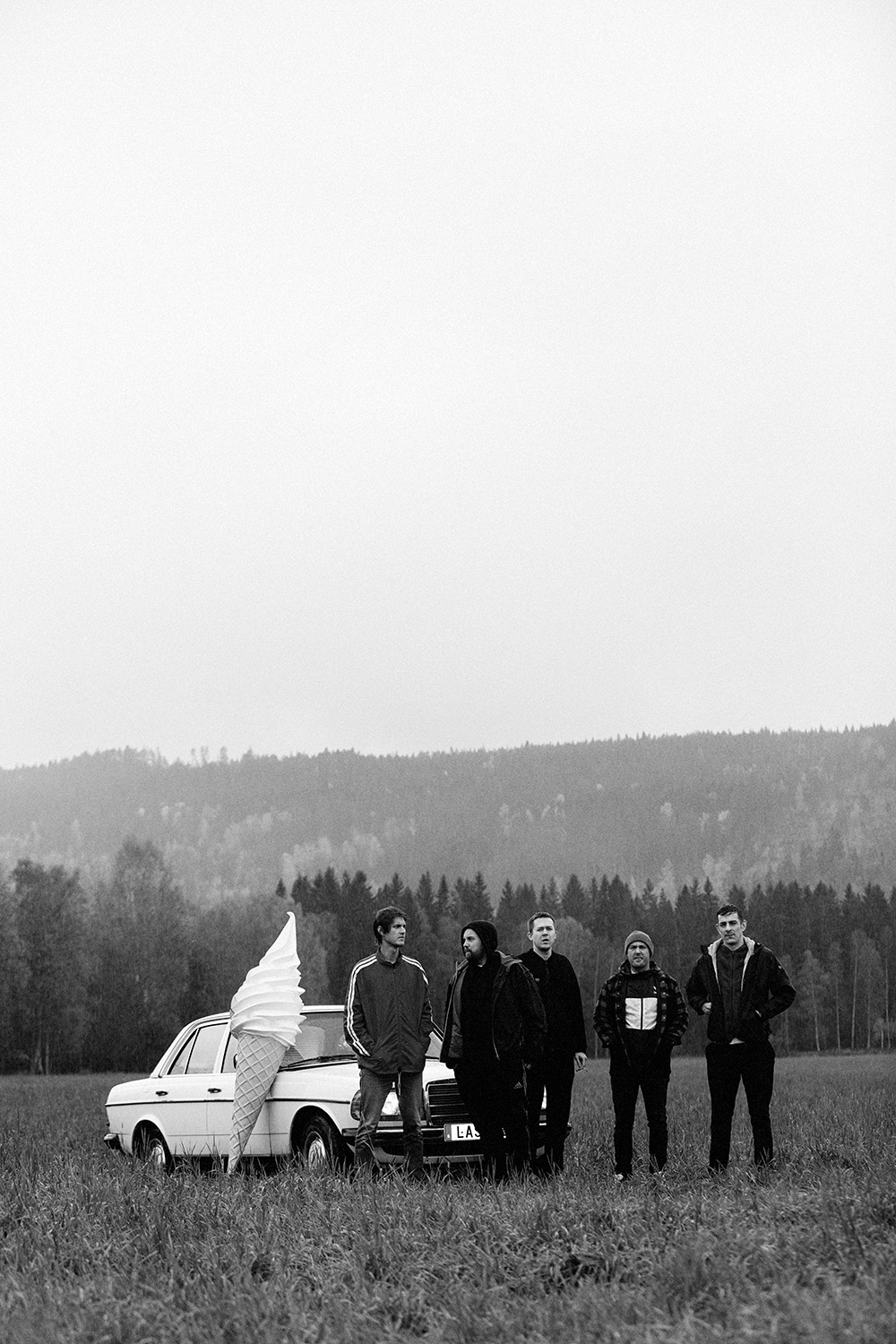 The Zoom call drops out three times while I’m talking to Sebastian. One of the times he accidentally mutes me with his ear, then comes back on the phone and apologises. The other interruptions seem to be due to spotty reception. While Sebastian seems pretty tired and non-plussed to be doing the interview, he’s also quite open and honest about what he’s been going through. With the allusions to lyrical darkness and grim self-reflection on the album, I wonder if it will be difficult for Sebastian to play these songs live.

‘No,’ he says. ‘We actually started practising these songs the other day and it was super fun. I’m stoked. I think I’ve got a distance to it now, so I don’t really give a shit.’