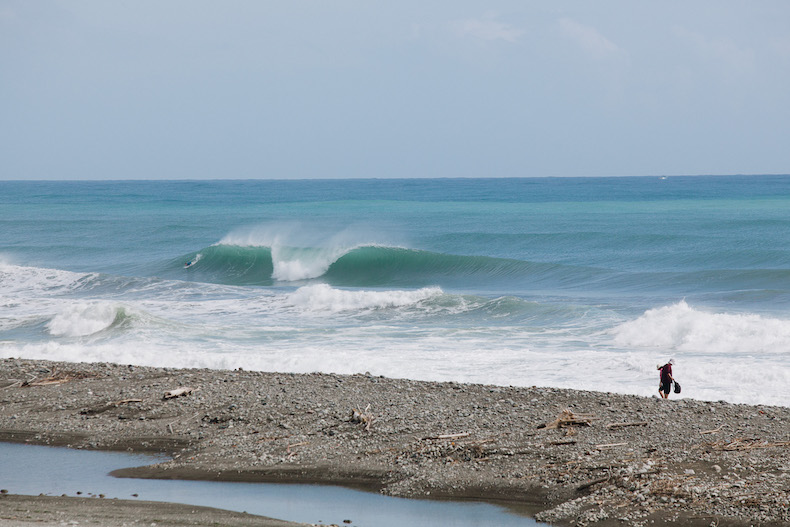 Words and photos by Kirk Owers

Taiwan is rich in the unexpected.

It’s so green and densely mountainous it could be Hawaii’s long lost cousin. Religions and ancient traditions are blended without fuss and its vast pantheon of gods and demons all seem to get along fine. Taiwan has arguably the best snack food in all of Asia, some of its friendliest people, and a fascinating and largely unknown indigenous culture. Most strikingly, it’s not even called Taiwan. Its official name is the People’s Republic of China and, with a boldness that can only be admired, it lays claim to all of mainland China. Oh, yeah and it’s got waves. 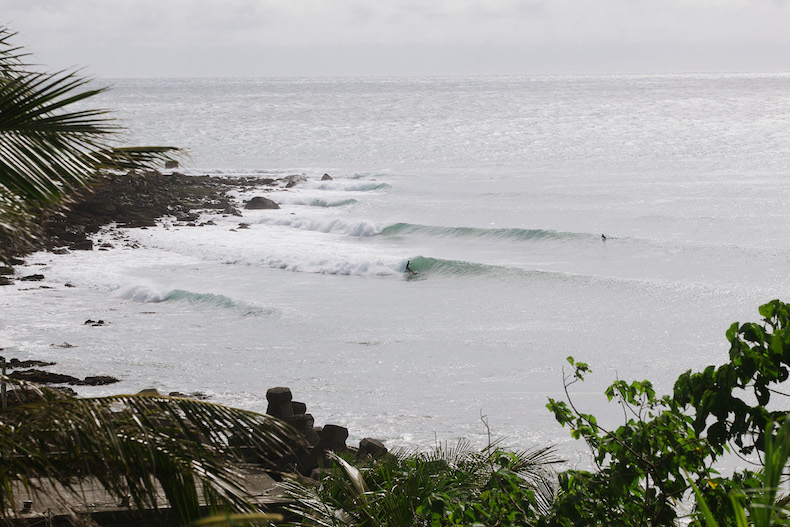 Don’t come to Taiwan expecting to find the next G-land. It’s more a cultural experience with fun, uncrowded surf thrown in. The best spots are scattered along the east coast which is serviced by a scenic highway. You’ll find river-mouths, boulder-lined beaches and long winding points. Most breaks are mellow and well suited for intermediates or alternative crafters. Pack a log, a fish or a finless variant and you’ll use them all. There are two surf seasons. Between October and March the east coast consistently jags storm swells off Japan. The summer months are fickler but the south coast can get good and the east side fires right up when a typhoon blasts past (on average about 20 times a year). The water is warm year-round and the local surfers are all smiles. 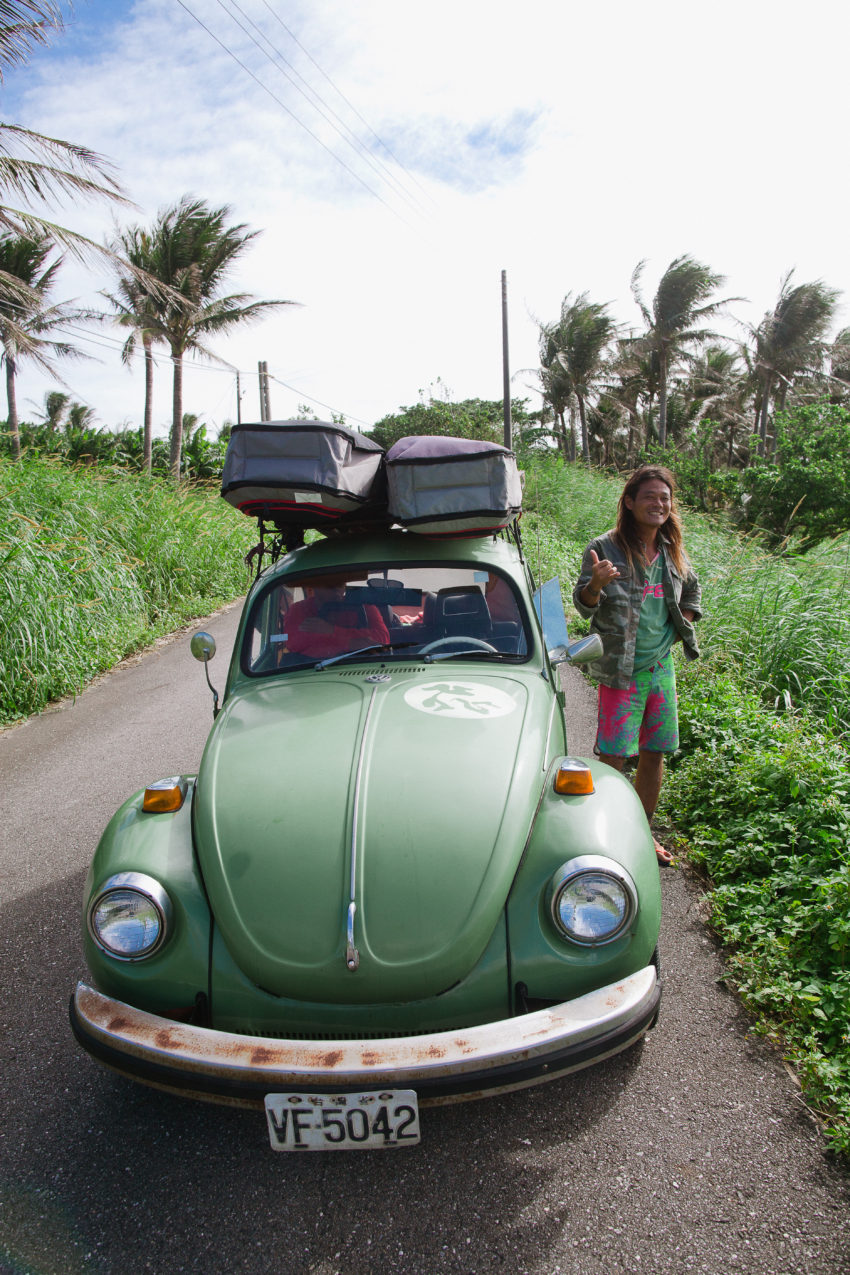 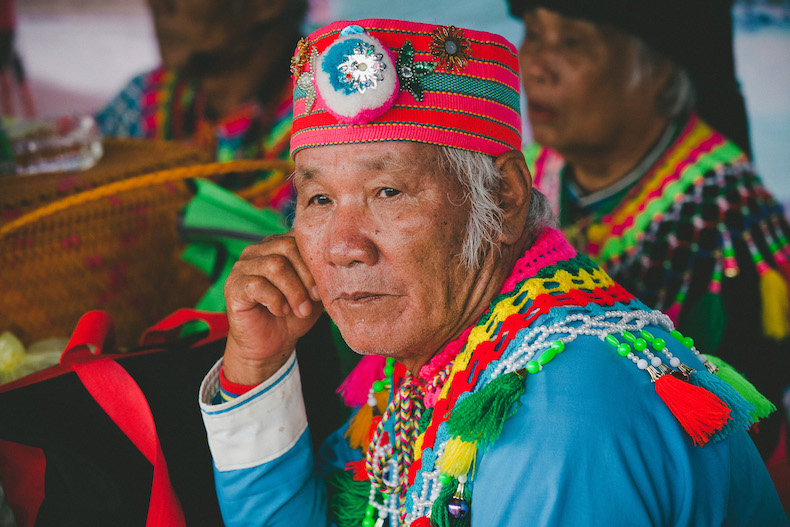 Some of the friendliest in all of Asia according to many travel writers. You hear classic stories: lost couples taken in and fed until they find their way; cyclists invited into cop shops to escape downpours. I met a lot of cool surfers who were happy to share waves and tips. Anglicised names like Brett and Shane made me feel instantly at home (and back in the 80s). Taiwan’s well-known hospitality is a source of national pride and a way the country seeks to differentiate itself from its neighbours, especially China. Taiwan’s first people (aborigines or Formosan) settled the island around 5000 years ago and lived largely in isolation until the 17th century. Their rich cultural heritage has endured despite many challenges and hardships and is celebrated in the arts, food and music. 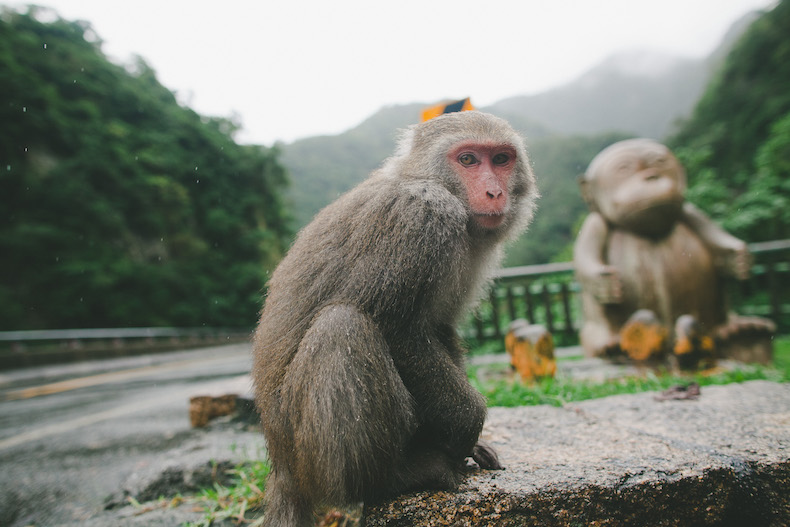 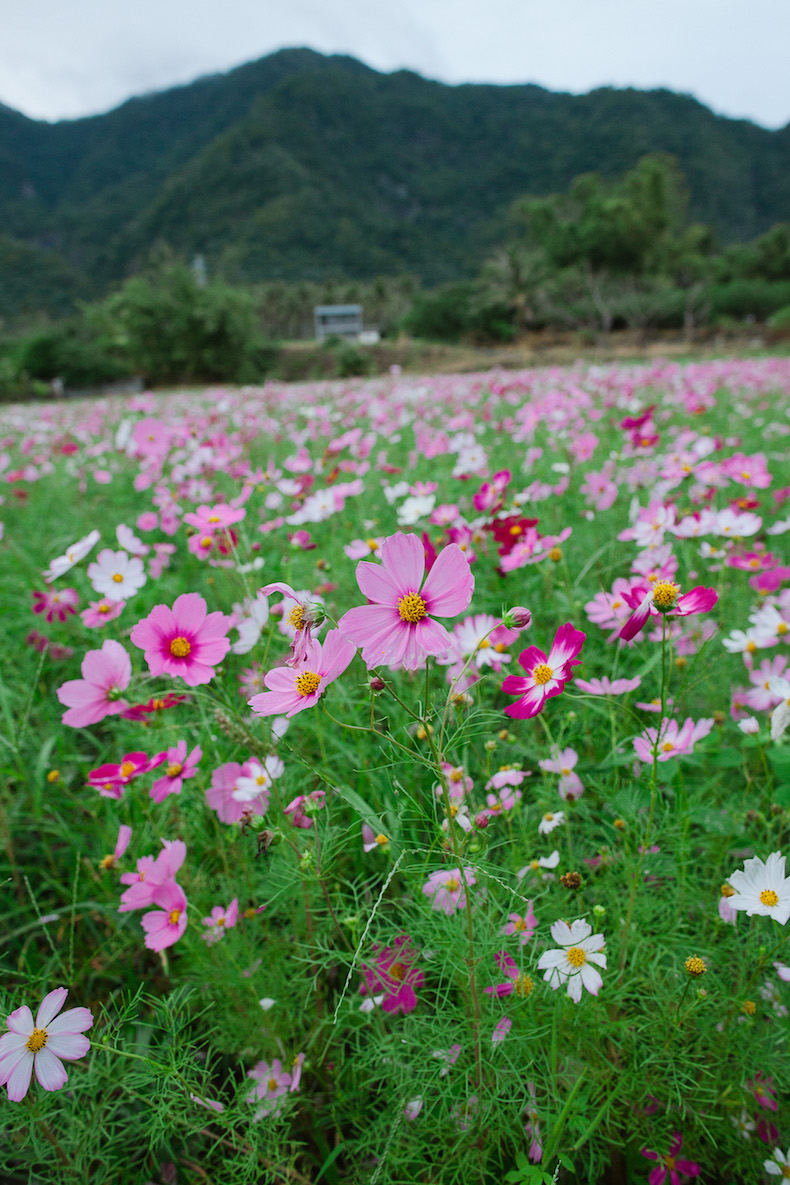 Taiwan’s coastal mountains dip their toes in the water’s edge on the east coast, making for stunning backdrops. Wind over them you’re confronted by even bigger alps. Taiwan is like the Switzerland of Asia. With 286 peaks above 3000 metres, it has the largest number and density of high mountains in the world (according to their own press). While there are no ski resorts, mountaineering and hiking are popular pastimes. For the less ambitious, there are scenic gorges to check out, friendly monkeys to observe and plenty of natural hot spas to soak in. While the big cities bustle and hum, the countryside is still wild and untouched in generous amounts. Around 50% of the island is either protected land or forest. 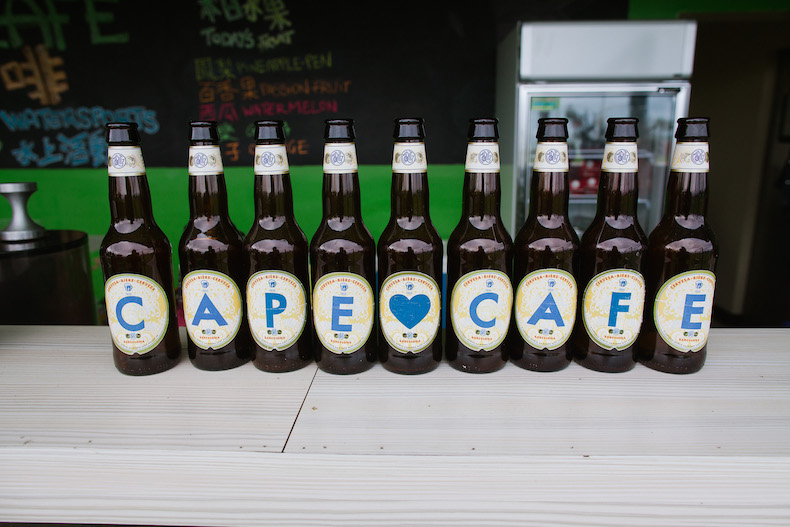 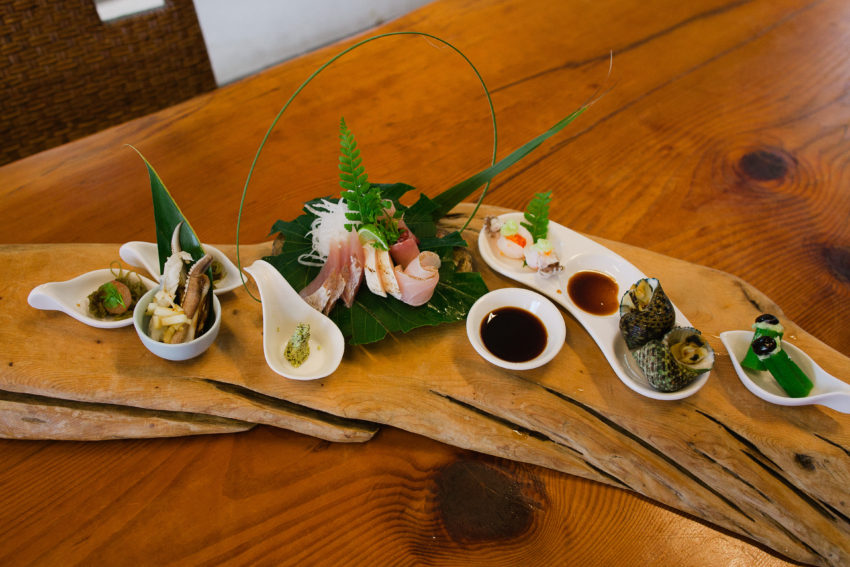 I’ve rarely eaten so well, so much and so often. Street food is super cheap and either delicious or exciting (deep-fried duck’s head, fermented tofu). Local bakeries specialise in steamed wontons and for a couple of dollars each, they make for a perfect post-surf chow. The restaurant scene punches well above its weight even in medium-sized provincial towns like Taitung. Regional Chinese food competes with enticing indigenous, Japanese, Korean, Indonesian and a plethora of world food. Snacking is a popular alternative to formal dining – there are ten bustling streets devoted to snacking in Taipei’s biggest night market. So much goodness: braised pork rice, Danzi noodles, gua bao, fish-ball soup and giant dumplings. Expresso coffee and good beer are increasingly easy to find. 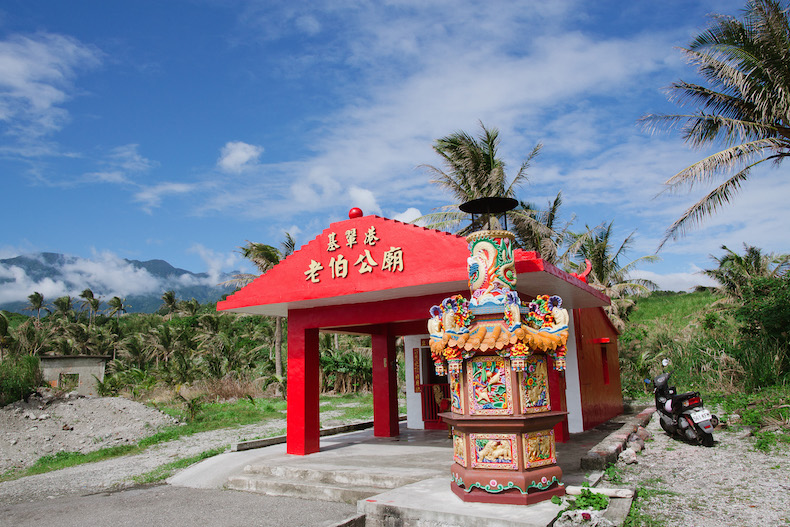 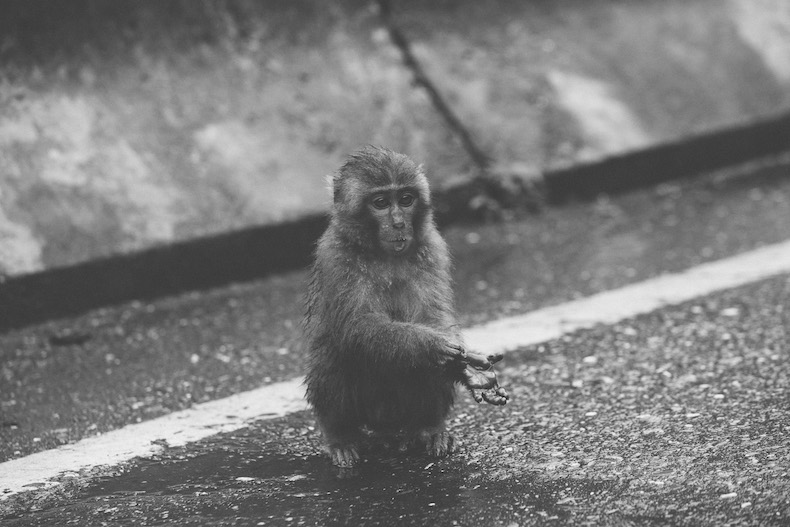 No one knows how many gods are worshipped in Taiwan but the figure of 36,000 is sometimes thrown around. Buddhism, Taoism and Confucianism are all well represented, as are more ancient and localised idols. Not all are gods as such – some are more like Saints, ghost or spirits. Many were mortals elevated to icons after they did something unscientific and totally awesome. The Sea Goddess, Mazu, crushed it Beyoncé-style back in the tenth century and is Taiwan’s most popular god. A precocious shaman with the ability to read the future, exorcise demons, dance up a literal storm; she could shape shift and astral travel. Of the 1500 temples devoted to Mazu around the world two-thirds of them are in Taiwan. Despite being a thoroughly modern country Taiwan is still steeped in tradition and superstition and is well worth a look. 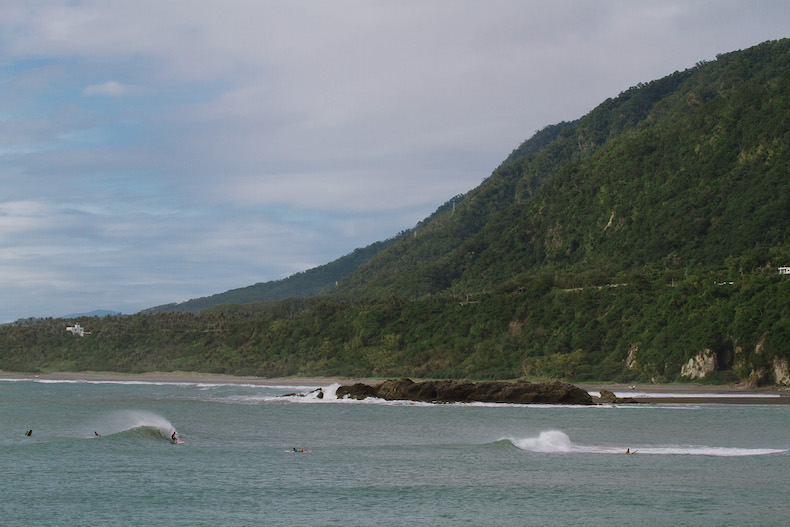