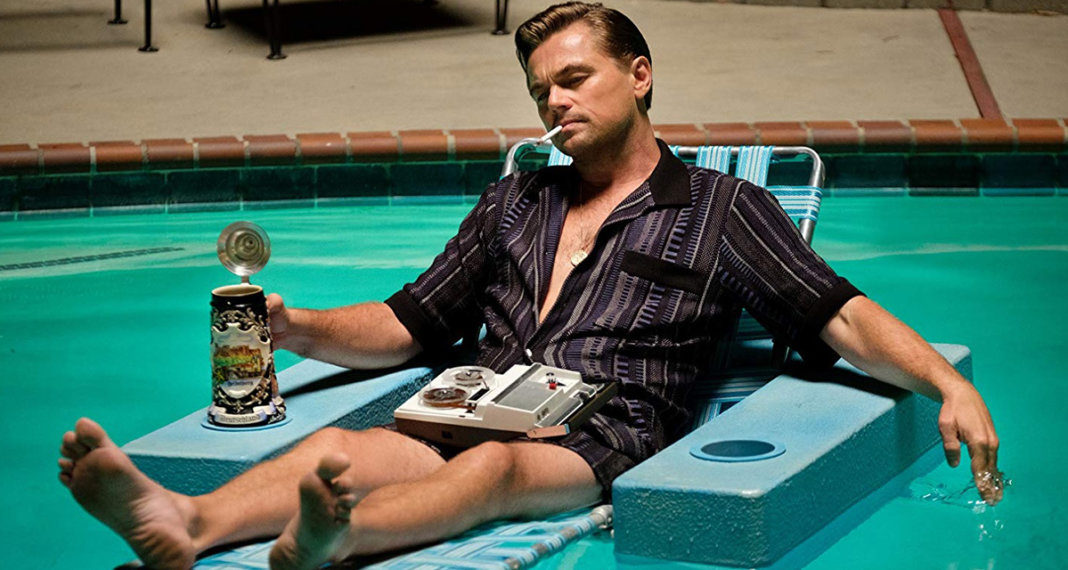 Summer is coming, and who knows what fresh hell it might bring.

While 2020 has been a year of just-barely-getting-through-it, a lot of people I’ve spoken to have talked about how their priorities have shifted as a result of lockdown/isolation/excessive eating and drinking/grief, and now they’re more focused on balance. And now with summer heating up, here are some cool things to drink, and boozy or nah, they’re perfect for taking to the beach or the park, relishing the luxurious amount of freedom we still have here.

‘Too good to be wasted’ is one hell of a slogan. It’s punny, it’s smart and it sums up what this product is: beer, but 0% ABV (alcohol by volume). Like the creators of Heaps Normal, I’ve tried a LOT of non-alc beers over the years. And while some of them are certainly passable, they’re never great, and they almost never really taste like beer. More often than not, they’re like someone has used google translate and kinda missed the point. Not this time. This crisp XPA is refreshing with a balance of the kind of tropical and citrus you get from hops, the bitterness and the light sweetness of malt, and finally, that really beer-y tastes that lingers in your mouth, giving you that refreshing mouthful of a froffy you really earned. Not only does it taste exceptionally good, but the packaging is also super cute. And the concept as a whole is perfectly executed, whether you’re tempering your intake, you want a night off, you’re taking an extended sabbatical, you’re off the slosh for good, or need to enjoy the refreshment only a beer can provide after a vigorous Sunday morning lawn mowing session. having these bad boys on hand at all times is a no brainer. Four-pack $20/slab $80. heapsnormal.com 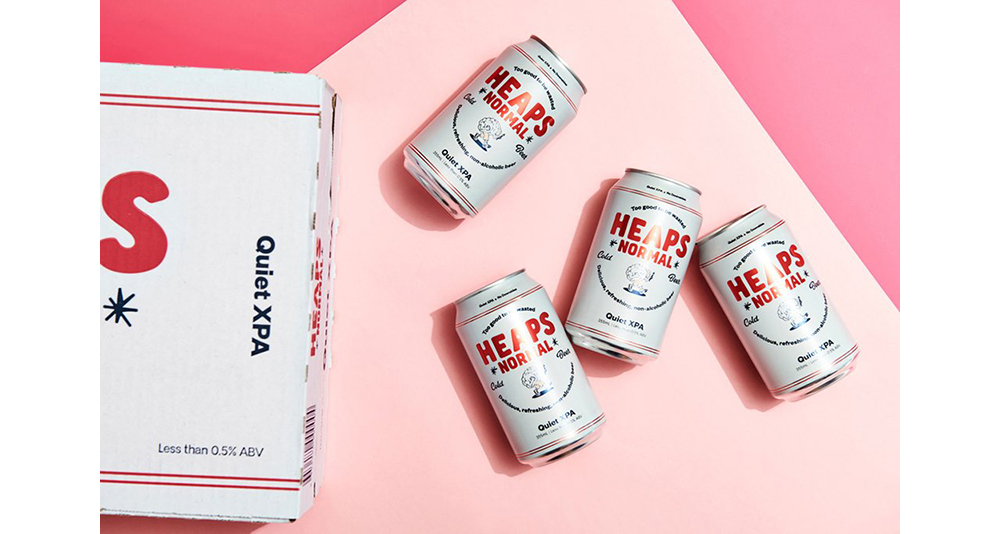 Just when I thought the old mates at Moon Dog couldn’t get any better, they went and threw their hat in the ring that is the world of alcoholic seltzers. Popular in the USA, it’s really just boozy fizzy water. Something that is totally uninteresting about me is that I hate flat water. It’s boring. It literally tastes like its temperature and I just can’t be bothered. My fancy fizzy water maker was my best lockdown purchase and was a literal game-changer—I have never been so hydrated. So, when I clocked that Australia was beginning to churn out the alcoholic variety of fizzy nice beverages I was ready. Moon Dog has four fizzer flavours: Tropical Crush, Strawbs & Cream, Piney Limey and Coco Mango. It’s 90s Australian summer ice-cream favourites combined with the Moon Dog brand of fun. The Strawbs & Cream sounds like it shouldn’t work but it does. It’s my favourite, it smells ridiculous but it’s fresh and fun and even though there’s vanilla and strawberry there, it’s not sickly sweet at all. In fact, they’re all super-refreshing and smashable. I would drink these even if they weren’t boozy. Six-pack $22/slab $60. fizzerseltzer.com.au 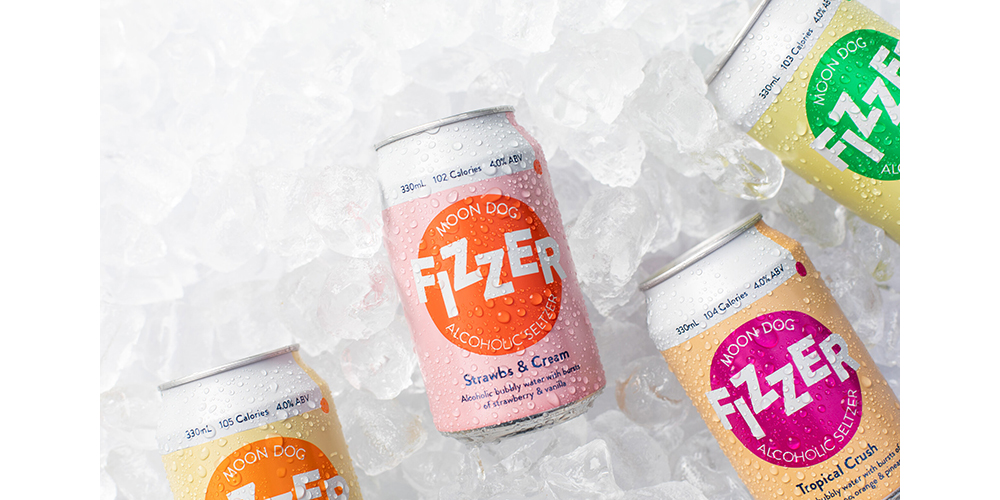 Two Melbourne dudes (one knowledgeable about non-alcoholic pairing from his time at NOMA, and the other with a head for business) come together to give us NON, the impossible-to-google, ridiculously good 0% AVB beverage ‘alternatives.’ While one might describe these as non-alcoholic wines—and they’re very much a replacement—they really are in a league of their own. They fuck around with each ingredient differently – dehydrating, roasting… They even sous vide some of the fruit. Then they’re added to carbonated water and filtered like you’d filter the hops out of beer. They’re numbered 1 through 5 and they each have their place on the table. #1 is a fresh ‘pet nat’ style of raspberry and chamomile; #2 is umami and french cider-esque with kombu and pear; #3 is an aperitivo style, tart, bitter and complex from unlikely bedfellows cinnamon and yuzu; #4 is the closest thing to wine, but it’s more like one of those light chilled slightly frizzante reds all the cool kids like. My favorite is #5. Like a farmhouse style gose (beer made with salty water) this is a refreshing delight. A drink I have reached for over wine more than once, it’s fresh and slightly salty, a beautiful bright pink colour and makes you feel like you’re part of the party even if you’re abstaining. Mixes well with tequila too, maybe. I don’t know, absolutely never tried it. $30. non.world 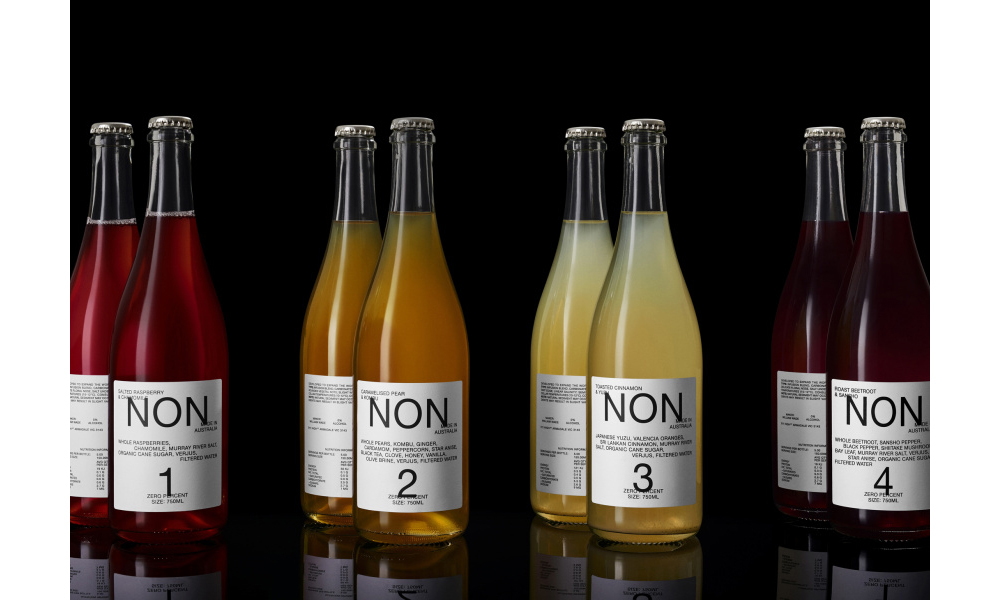 Speaking of tequila, this here is my all-time favourite. ‘La Gritona’ is Spanish for ‘The Screamer’. Appropriate, because one of the guys behind this tequila is LA-based punk guitarist Andy Coronado. La Gritona is made by tequilero Melly Cárdenas, who makes the agave bev at her teeny tiny distillery in Valle de Guadalupe. She’s among the minority of female master distillers, has 20 years of experience in tequila production, and her team is staffed by local women only. For a Reposado, La Gritona is light on colour and sweetness. Melly wanted to make a tequila that had a sense of place, and it is just that—it tastes like spending hot days camped out in the shade, and it makes me want to dance. It’s fabulous on its own or with a generous squeeze of lime, but it also works in a cocktail if ya fancy. The bottles are another really good reason to own this tequila. They’re hand-blown recycled Mexican glass, mostly old coke bottles with the addition of a few Dos Equis bottles for the green tint. I have… a few… empty bottles with plant cuttings in them around my apartment, which I’m determined to turn into a jungle. $110. lagritona.com 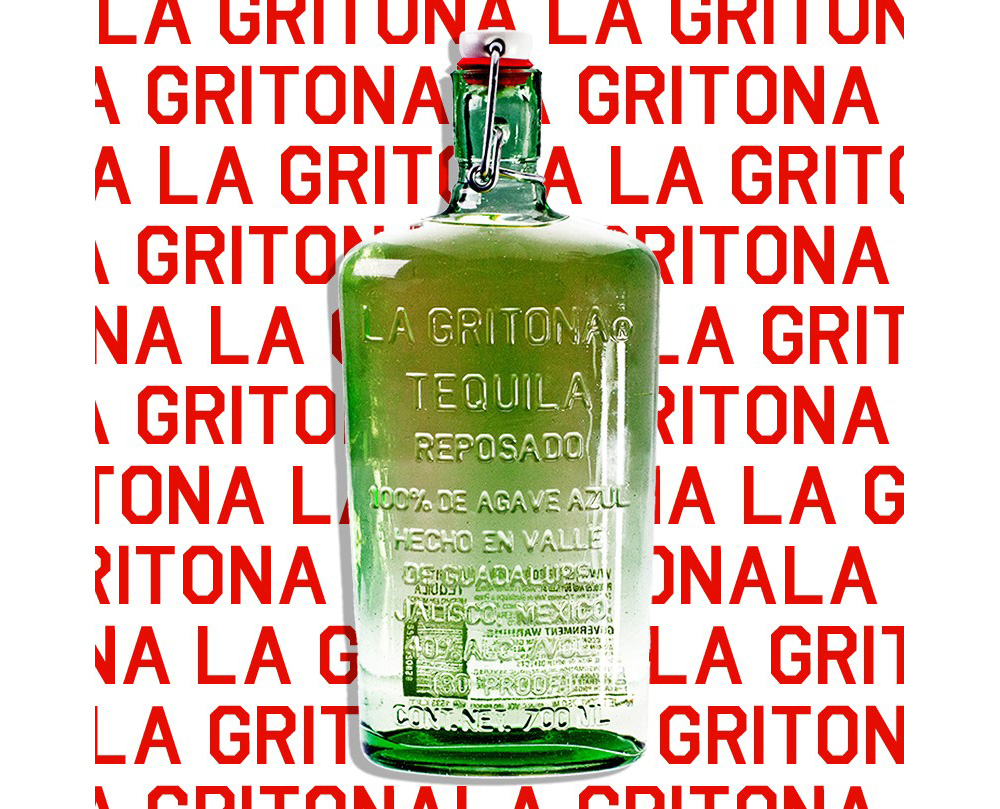 If you know, you know. If you don’t, I apologise in advance, because once you’ve tasted Yuzushu there is no going back. I had my first slurp of this addictive substance in 2017 and I’m pretty sure my pupils dilated. Made by Heiwa Shuzo (est 1928) in Wakayama, Japan, this is a blend of one-year-old Junmai sake and yuzu juice. Unlike a lot of other yuzushu, the ratio here is 1:1 and its *chef’s kiss* amazing. Equally tart, fresh, sweet, and zesty, Yuzushu is one bev to rule them all. And absolutely one to keep in the fridge—it’s amazing on its own with ice, with soda water, with prosecco and maybe some dry vermouth, or straight from the bottle. $60. pnvmerchants.com 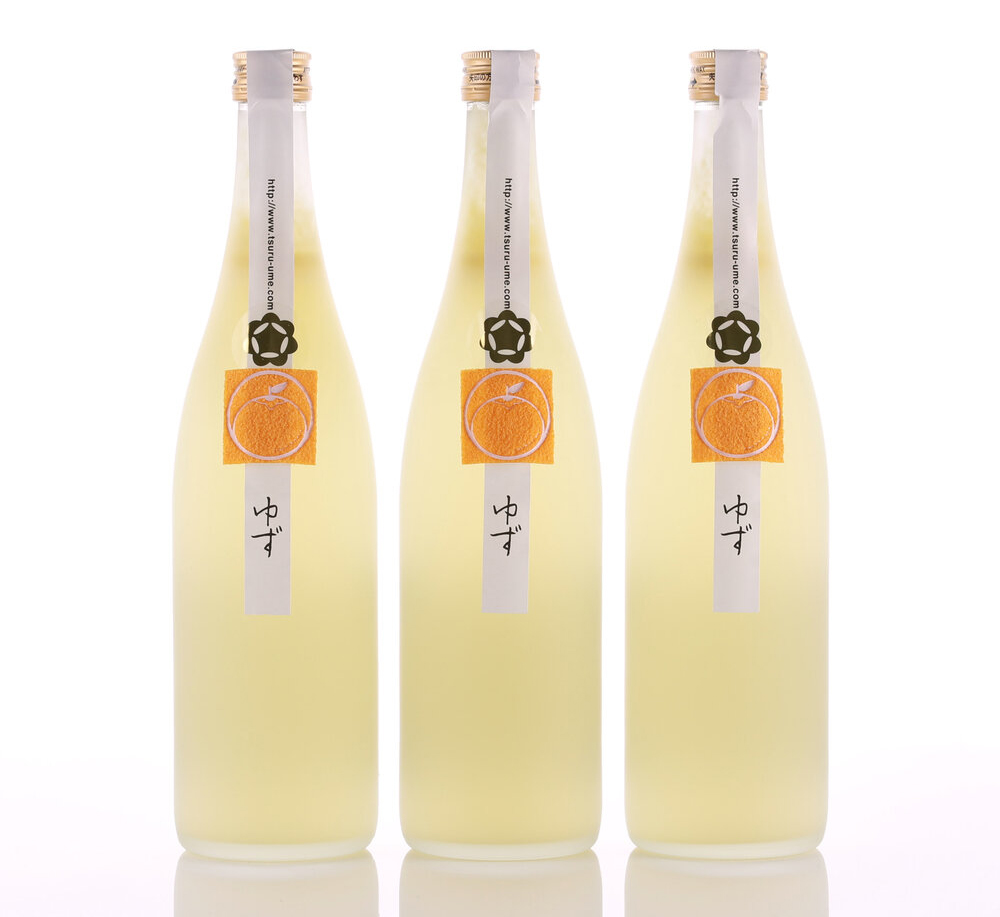 Wine in a bag. It’s back. Originally patented in 1965 by Thomas Angove, an Australian (of course) winemaker, the intention was to create an accessible daily-drinker in a half-gallon or flagon. The faithful old goon bag definitely has a reputation for being—let’s not beat around the bush here—bloody awful. Cloying, flabby ‘fruity’ whites and chemically alcoholic tannin-bomb reds, the best thing about them was wearing the box as a hat. Enter Jilly Wine and the Bagnum. 80% lower carbon footprint and 90% less waste than glass. It’s eco friendly as well; great for when you want to take bulk fun juice with minimal space waste. I imagine it’s great for camping (cannot confirm from personal experience) or thrown in a beach bag. There are quite a few brands kicking about the idea of baggin’ grape juice and it’s a trend I can get behind. Captain Planet would be proud. $59. jillywines.com.au 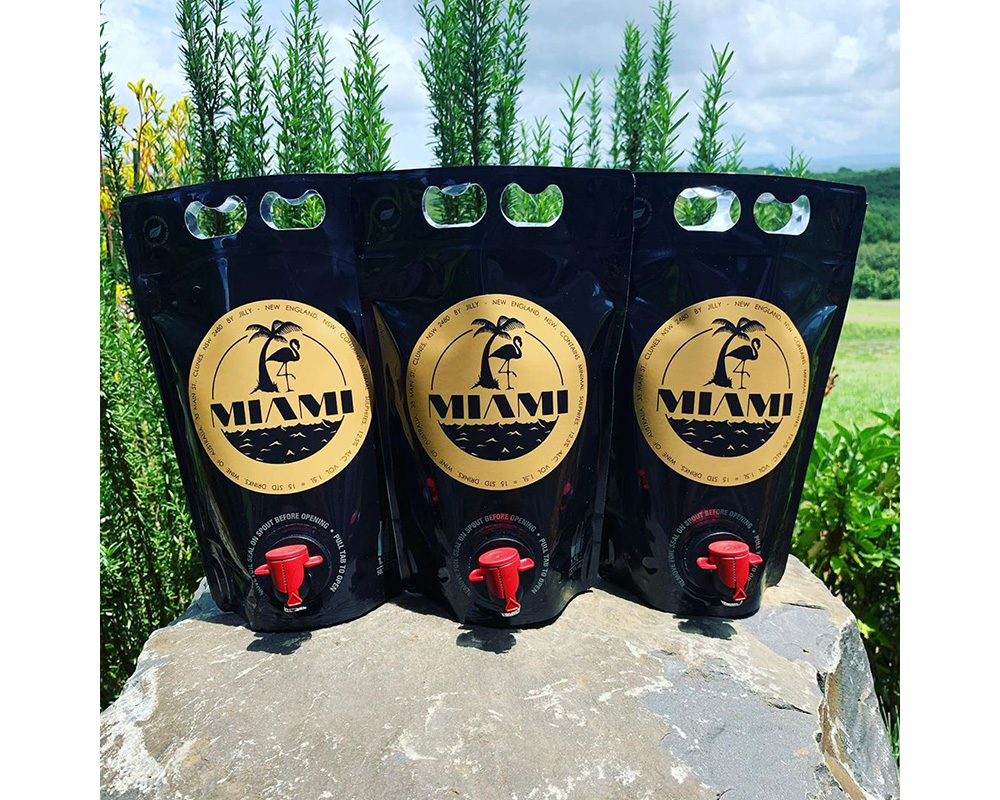