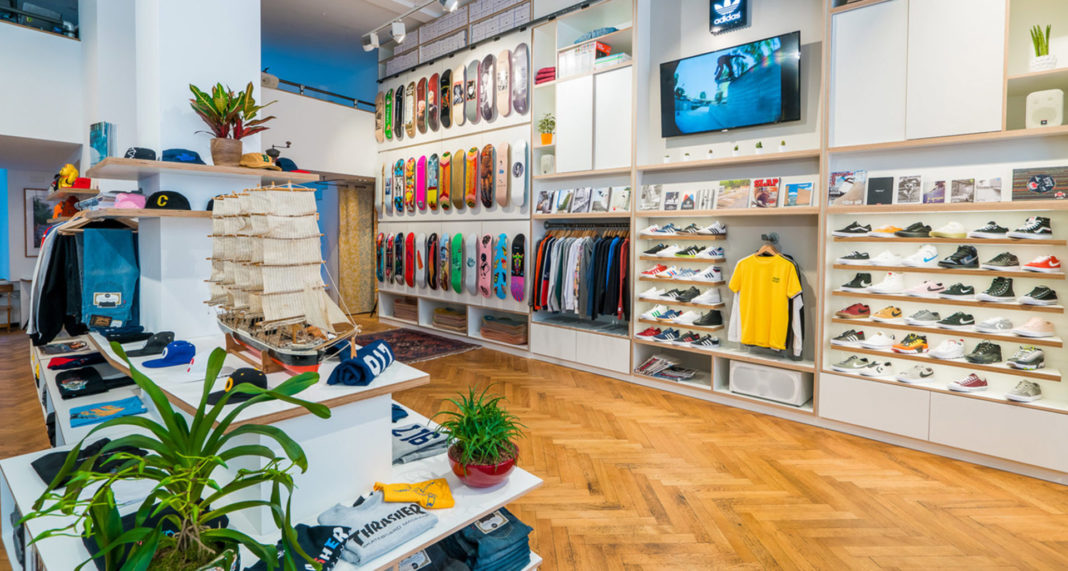 Ever wanted to own your own skate store?

Yeah, you did. We all did. Matt Irving wanted one so bad, he went out and made one. Now he has two. One in France and one in Germany. But what it does it take to open and successfully run a skate store? Discipline? Business acumen? An alarm clock? Yes, all those things, but so much more. We hit up Matt and asked the what, where, who, and why of Arrow & Beast.

Arrow & Beast is a skateshop that opened in Stuttgart and just recently in Paris. It’s a tight collective, from the crew behind the scenes to the skaters, creatives, artists, and staff in the stores. Making a good home base for the local skate scene is the main motivation; it was something that meant a lot to us when we were kids.

What, where, who and why is Matt Irving?

I’m a Canadian living in America with ties to some skateshops in Europe. I’ve consulted for a variety of brands within the skate and streetwear industries, making board graphics, shoe colourways, ad campaigns, skate videos, marketing strategies, and other things. I’ll spare you the list, but the main thing I’ve focused on is helping build the adidas Skateboarding program over the past 15 years. These days I mostly focus on the more team rider-driven campaigns for people like Gonz, Tyshawn, Busenitz, Puig, Nora, etc. I have other clients as well, just to keep things adventurous. 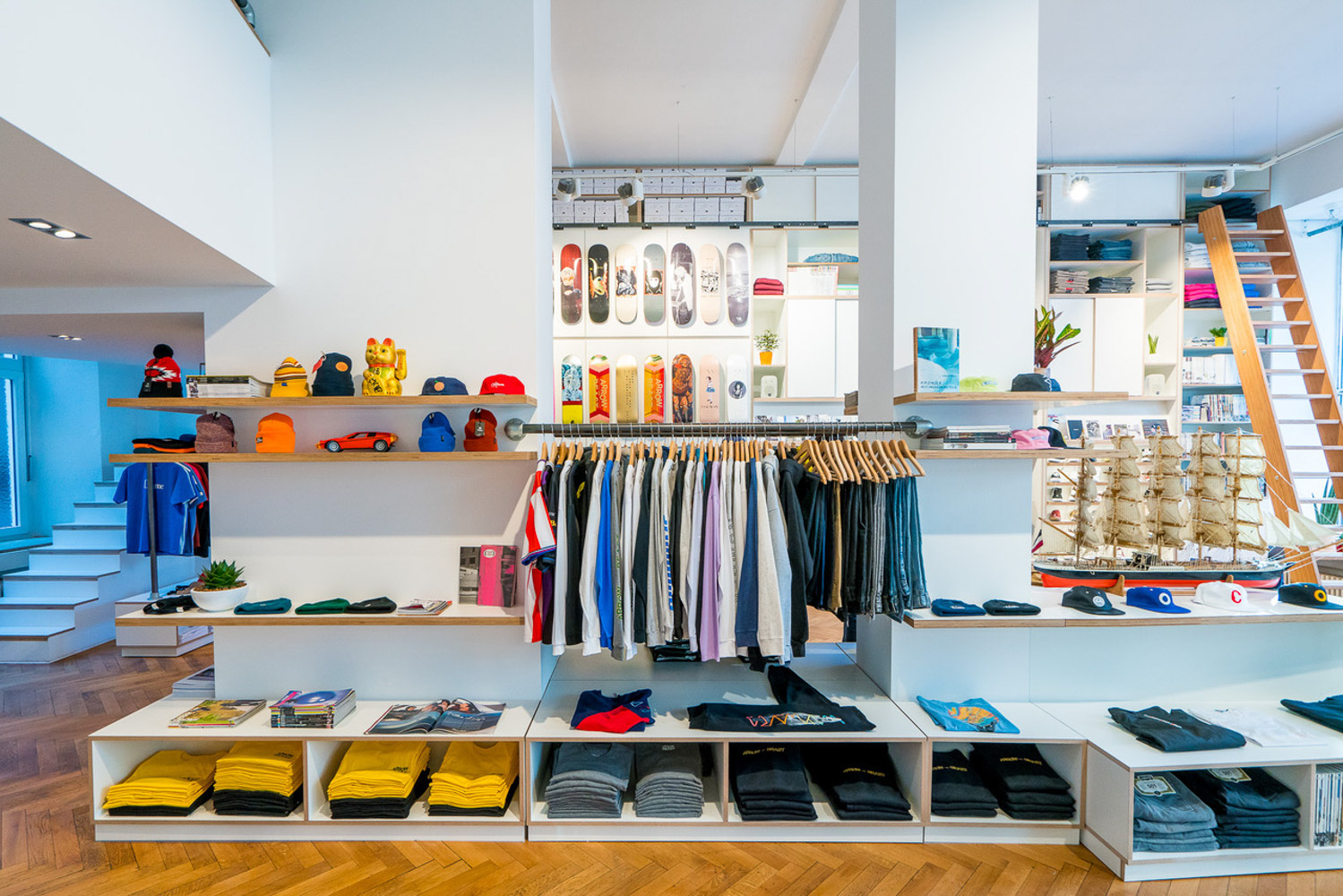 When did you first start thinking about Arrow & Beast?

Few people know that Arrow & Beast was actually supposed to be a burrito restaurant. Oli (Merkelbach), the General Manager of A&B, was at a crossroads with his previous career and needed a change. Feeling there was no good Mexican food in Stuttgart, he came out to California with Jascha (Muller), who I’d been working with for years on adidas. I took them on a burrito tour from SF to LA to SD. They tried every burrito you could imagine, even Chipotle. Long-story-short, the local skateshop in Stuttgart went out of business while they were on their culinary tour. There was no legit shop, accounts for the desirable footwear brands were up for grabs and we held a lot of great relationships within the industry to make it easy to get right into it. The whole thing happened by accident. Basically, how most good things in my life have happened. One day we will do a burrito tribute board series—they are the same shape, after all.

When did you open the doors on your first store?

Stuttgart first opened on May 9th, 2010, in a tiny little shop. Six years later, the landlord wanted the space back but was patient enough to give us time to find a new spot. We were at a real crossroads but decided to dive in blind on a new space that was five times the size in a busier part of town. We all knew if it didn’t work it would be costly, but it felt right. I flew out to design the shop in the fall and we opened the new location on December 1st, 2017. 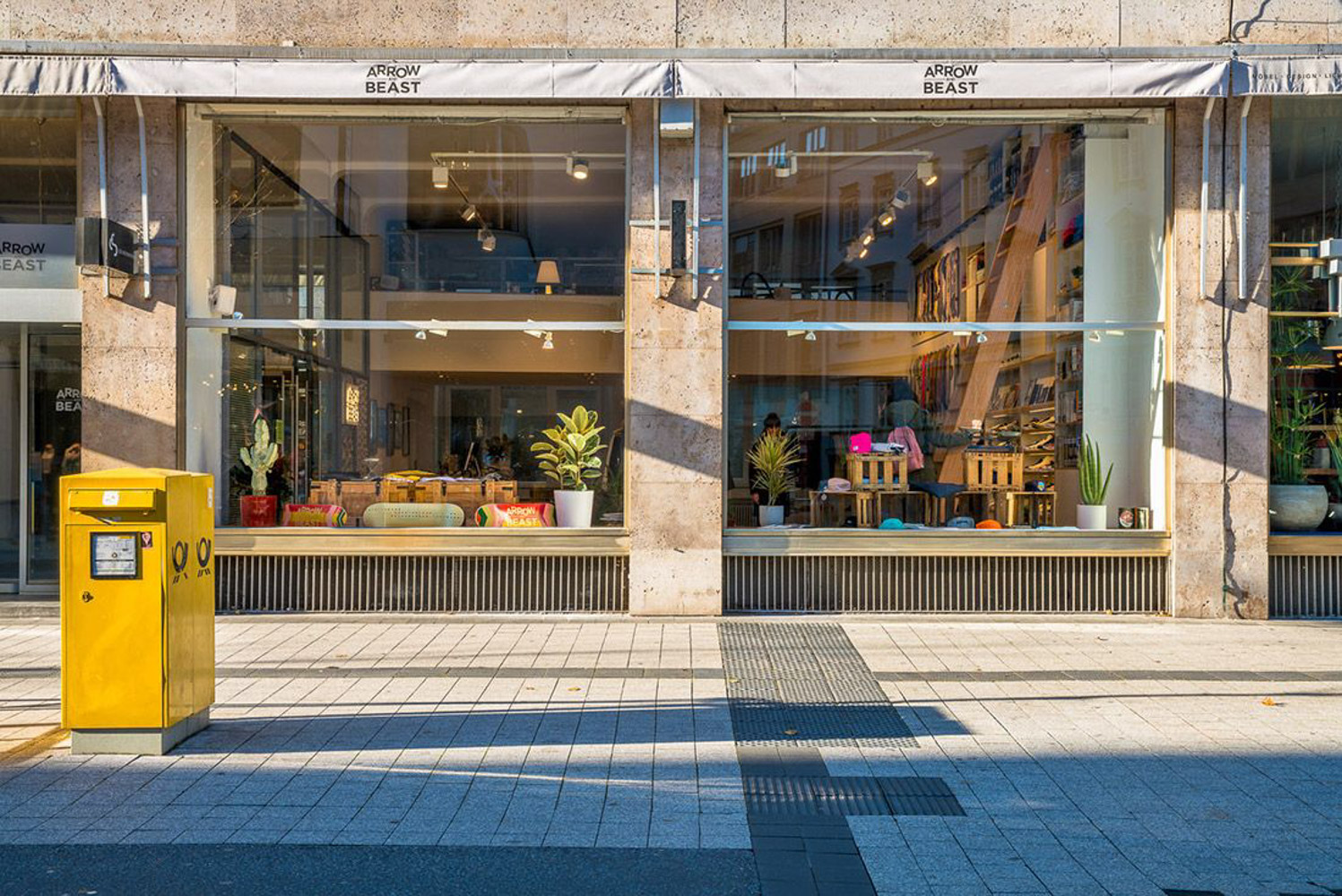 What about the second store?

Oli had been talking about how he wanted to open a shop in Paris. After a couple of trips out there, the idea of pursuing a temporary spot seemed pointless. It was too much work to just test it out short-term, so we convinced ourselves to go for it. We signed the lease in February of 2020. A few weeks later, Covid-19 kicked in and we felt like we’d just destroyed our business. But we kept going, cause we’re equal parts stubborn and passionate. For me, trying to design a store in another country with a nine-hour time difference was probably the hardest project I’ve ever taken on. I do interior design as a hobby, I truly don’t know what I’m doing, but I love creating spaces. Sitting in the space sketching things out for a long time is how I start. Then I move on to using masking tape to sketch the ideas onto the walls and floors directly and stand there thinking about how it all flows. After that is when I’ll go to the computer and get into the details. With the pandemic, that clearly wasn’t happening, so I had to design the space through FaceTime calls, videos and photos. Thankfully, the Paris location opened on January 15th, 2021, thanks to our staff in both cities. In hindsight, even without Covid-19, we were definitely in over our heads. But when that fear kicks in, I actually find the best work comes out of it.

Hire them ASAP. They clearly have great taste. Karl at the Paris store chased down some guy the other day. For Paris, we had to get cameras and security tags; theft is just way more common there. Anyone caught stealing will be hired for the sole task of responding to all the DMs for Nike Quickstrike drops. Basically, a life sentence in sneakerhead purgatory answering the same questions over and over. 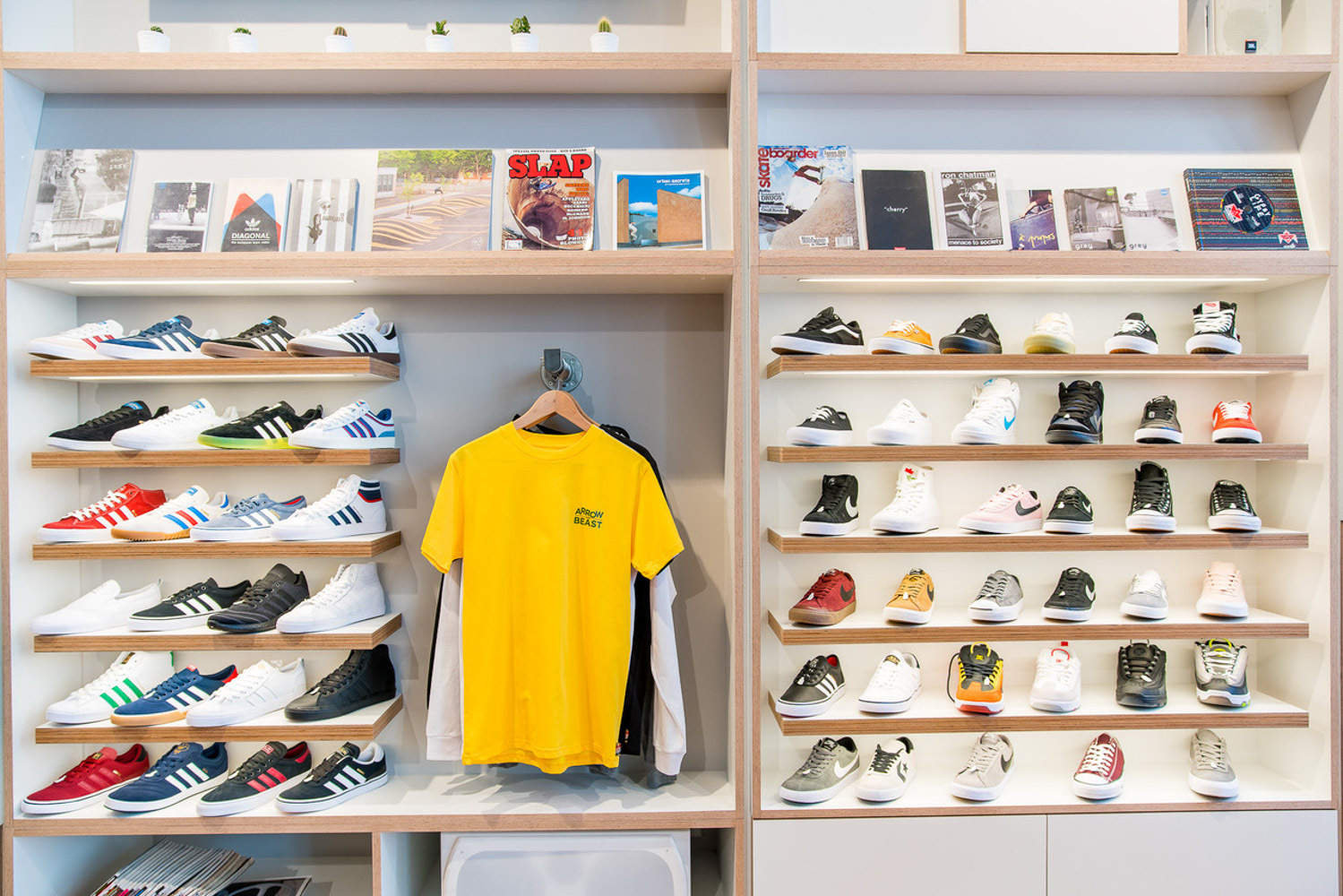 What kind of stuff can you get at Arrow & Beast?

Boards are the main focus of our business and we primarily offer the newer generation companies like FA, Hockey, Polar, Palace, Quasi, Call Me 917, GX1000, Magenta, Rave, Alltimers, etc. We carry the classics too, but we don’t want to mess with other shops too much, we’ve got our angle on what should be in a skateshop. We’ve got strong relationships with Vans, Nike, adidas, New Balance, and Last Resort, which is great. Clothing is stuff like Former, Chrystie, Dime, Paccbet, Hélas, Stussy, and local things we think are cool, like Bye Jeremy or Futur.

What can’t you get at Arrow & Beast?

We don’t serve coffee, but we’d like to. One day we’ll step into that realm, Yvonne really wants to do this. You can’t get burritos at Arrow & Beast, that’s for sure.

What’s the best thing about running your own store?

The best thing for me personally is being somewhat removed from running a store. In Stuttgart, Yaw holds it down with a crew of people who really know what’s up. None of us need to worry if they’re bringing in the best stuff. In Paris, we’ve got Franck, Karl, Hadrien and Margaux, who have a long history in the Paris skate scene and working in skate shops there. It was so comforting to meet up with them recently and feel like we’re all cut from the same cloth. So really, the best thing about having a skateshop is the staff… always and forever. Second best thing is the kids that want to skate for the shop because of the staff.

The worst thing for me is being so far away and having a time difference to complicate matters. There’s a lot of information that gets passed around through personal interaction or daily calls and texts that is impossible to keep up with. In a way, it’s a blessing and a curse, I guess, because it allows me to focus on my other work during the day, which in turn helps us have good relationships within the industry.

What’s next for Arrow & Beast?

We’re working on a video project centred around Paris. Lots to film still, but we will likely be done in the summer. We’re starting to make a lot more of our own product, which is my favourite thing to work on. We’re also getting some collaborations going with brands that we have longstanding relationships with. We also have the art gallery downstairs in Paris called Galerie Bête. I am dying to have more time so I can focus on curating exhibitions of local and global people within the skate world. I love that about skateboarding, it’s arguably more creative than it is athletic. Motivating the next wave of kids that are going to go out in the streets to play in traffic is a big part of why we do this.

To see more from the 2021 Monster Children Annual, grab a copy here.