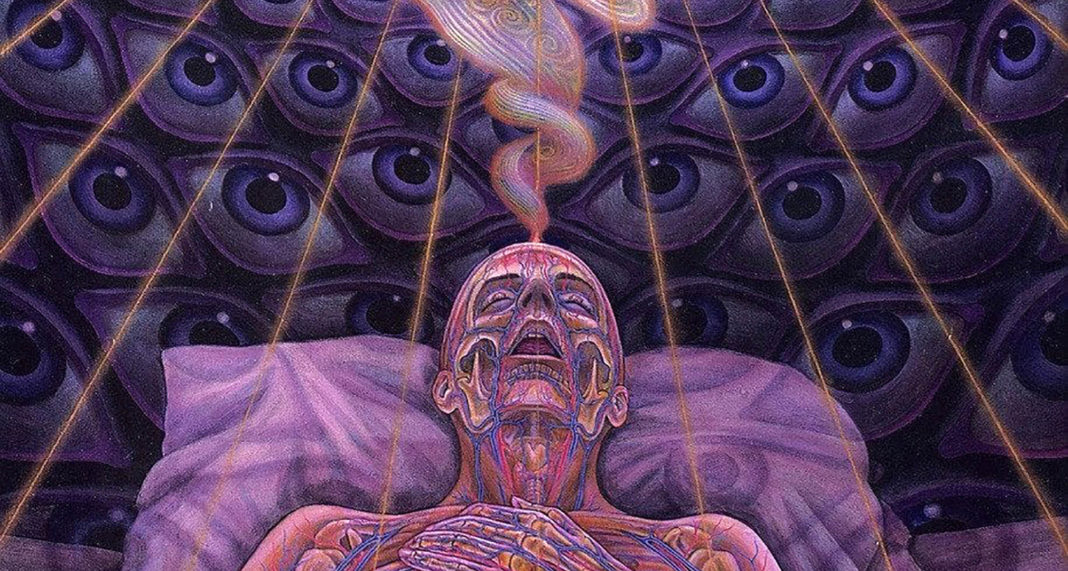 Rick Strassman is an associate professor of psychiatry at the University of New Mexico School of Medicine who led ground-breaking studies into DMT.

Like countless others, I first discovered Rick Strassman’s work in DMT: The Spirit Molecule. I was fascinated with psychedelics at the time and found that few other books offered an analysis into Dimethyltryptamine (DMT) that was as clinical as Strassman’s. The Spirit Molecule describes a study—led by Strassman between 1990 and 1995 at the University of New Mexico—in which 60 volunteers were administered DMT in a clinical environment and had their experiences mapped. Strassman was the first person in the United States to undertake human research into psychedelic substances, and as such, he is regarded as a pioneer in the entheogen space. Strassman’s work is enormously valuable and has helped to carve a path for the growing number of psychedelic studies we’ve seen emerging in recent years. Here is my discussion with Dr Rick Strassman. 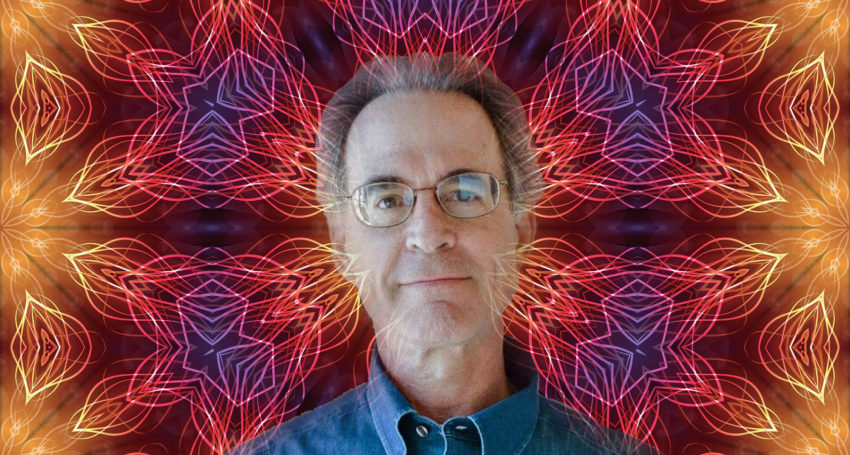 Did you have much experience with drugs prior to your interest in studying them?

Was DMT your first psychedelic experience? Or had you had LSD or Mushrooms prior to that?

My first real psychedelic experience was with hashish. I took synthetic psilocybin after that, and then lots of LSD. I didn’t try DMT until my mid-30s.

You famously led the clinical study at the University of New Mexico in which you injected 60 volunteers with DMT. What was the biggest takeaway from that?

That psychedelics are called that for good reason. They do not possess any inherent qualities, other than making more manifest things that are more or less already conscious in the mind.

You also took DMT for the first time with Terence McKenna, can you tell me a little bit about that experience?

I was at a conference on the West Coast and gave a talk on the pineal and DMT. Terence was there and offered me some DMT. As the drug took effect, I witnessed a flaming colorful waterfall out of which emerged around 1/2 dozen 3-4 feet-tall beings who singsong repeatedly asked me: ‘Now do you see? Now do you see?’ I was transfixed, stunned. Within a few months, I moved out of my melatonin research and began to pursue DMT. The DMT study was formulated while visiting with Terence in 1988 at his home in Sebastopol.

You have chapters in your book, DMT: The Spirit Molecule, titled ‘Unseen Worlds’ and ‘Contact Through the Veil’. Do you think that we contact extra-terrestrial entities when we consume DMT?

Maybe. There’s just no way to know, at least not at this point.

Have you ever tried/researched 5-MeO DMT? Are there notable differences between that and the DMT that is more commonly consumed?

I’ve tried it a couple of times. That was my first experience with beings, which I know is atypical. Generally, it’s more of a white light kind of experience. And flashbacks are more common.

Did you suffer any backlash after you dedicated your professional life to psychedelics?

Not at all. It was the best career decision I’ve ever made. I suffer more backlash after having moved into my study of the Hebrew Bible and prophecy. It’s ironic that that is the case since people tout the spiritual properties of psychedelics so much, but it’s only a particular kind of spirituality that they want to hear about.

It’s a mixed bag. It’s important to keep psychedelics weird and not simply see them as a super-Prozac. At the same time, we need to provide treatments for people who need help and for whom help is otherwise unavailable or not very effective. We also should be careful not to glorify potential benefits and minimize potential risks. We don’t want to get messianic, as I think has begun with what I refer to as the ‘psychedelic religion of mystical consciousness.’ For example, Bill Richards, the lead therapist at Hopkins, gives talks with titles like ‘Revelation Now’. We should be ready for the backlash, another Charles Manson; increasing adverse effects with increased accessibility with the decriminalization movement. People want to make money on the back of psychedelics, and we can’t stop that. However, we can work to keep capitalists honest, to the extent possible. 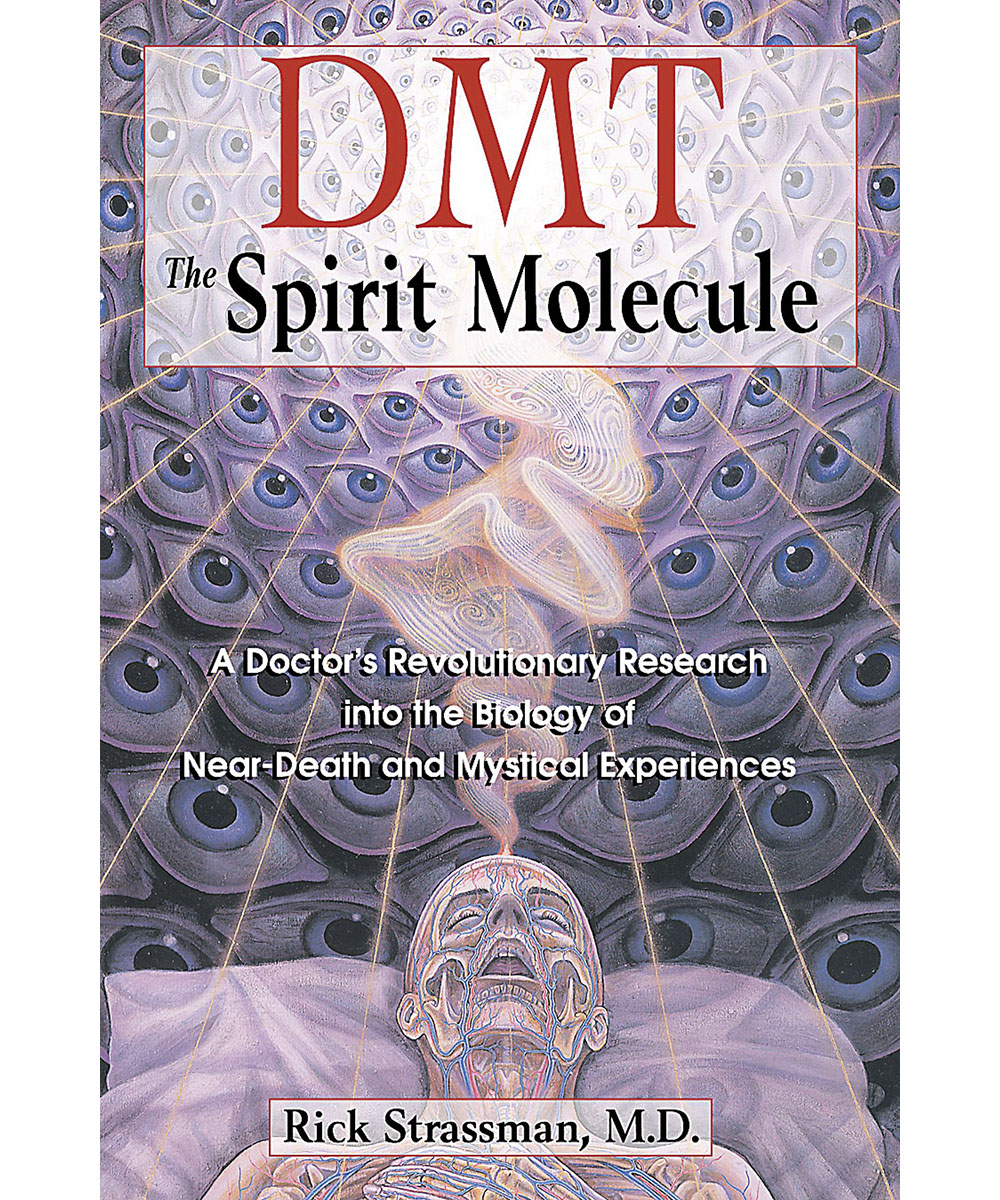 What have you got on the horizon? Is there anything you’re working on?

I’m working on a new book which will be published by Ulysses Press, The Psychedelic Handbook. It will be relatively short, and directed at the psychedelically-naïve but psychedelically-curious reader. Along the lines of my belief that psychedelics only work on what’s already in the mind, it’s important for me to get out ideas that I believe can be useful when amplified and made more meaningful under the influence of psychedelics, and since my focus is on Hebrew Bible-based spirituality, the prophetic state, that’s where I put a lot of my time, in particular, a big Hebrew to English translation and commentary of Genesis. That will end up being more than a thousand pages. I’ve also been keeping a lot of notes in my journal about my own drug experiences, beginning in college, and would like to get those out in some form or another. I’m working on my YouTube channel as well.

What would you say to people that are interested in these substances, where can they go for more information?

It’s hard to find unbiased information. Most people have agendas, even researchers. For example, those under the sway of the ‘psychedelic religion of mystical consciousness.’ When students ask how to learn more about the field, tell them to look at Google Scholar, Pub Med, Web of Science. There are a lot of websites out there, but again, it’s hard to find a clear-eyed presentation of the data. I’m hoping that my new book will fill that gap.