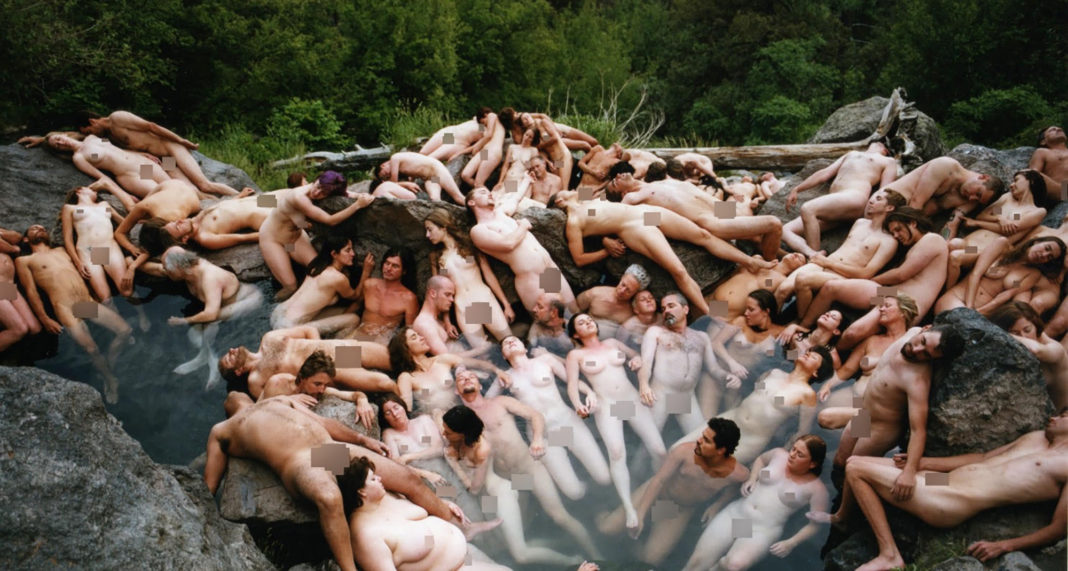 Portrayals of the nude in art go back as far as art itself. Even cave painting featured people standing around in the buff. Admittedly, H&M didn’t exist back then, but still. Contemporary depictions of the body are commonplace in art, and none more so in the work of photographer Spencer Tunick, whose large-scale installations involve thousands of naked people posing in public spaces. It’s awesome work, unless you’re a moderator-bot on social media who has been programmed to turn human beings into sexless GI Joe’s and Barbie dolls. To protest against censorship, Tunick is bringing the #wethenipple campaign to the streets of New York this June.

Spencer, you’ve been a popular, working artist for years and all of a sudden you’re being censored, particularly on Instagram. What’s happening?

It started many years back when my images were censored by Facebook. They were being taken down even though I was pixelating the nipples of nude women and the genitals of both sexes. I thought I was doing it properly, but apparently I wasn’t. The pixelation still showed the shape of the areola and nipples, so I changed it to cover the whole area with a common colour, a skin tone that no longer showed the shape. That seemed to go well for a while until I joined Instagram and started having problems.

How long did it take for Instagram to get on your back?

Right when I started posting, they would delete photographs that I had already pixelated. Then I secured a contact at Instagram, so I would send them images and they would advise me. They’d say, ‘Yes, you can have this one because the people are far enough back that you don’t see any nudity,’ and if it was a close-up image, they would recommend to further pixelate. It’s hell on earth to pixelate a thousand people, but I just did it. I’d spend hours using a pixelation app on my phone. I envy artists who work with only one or two nudes. 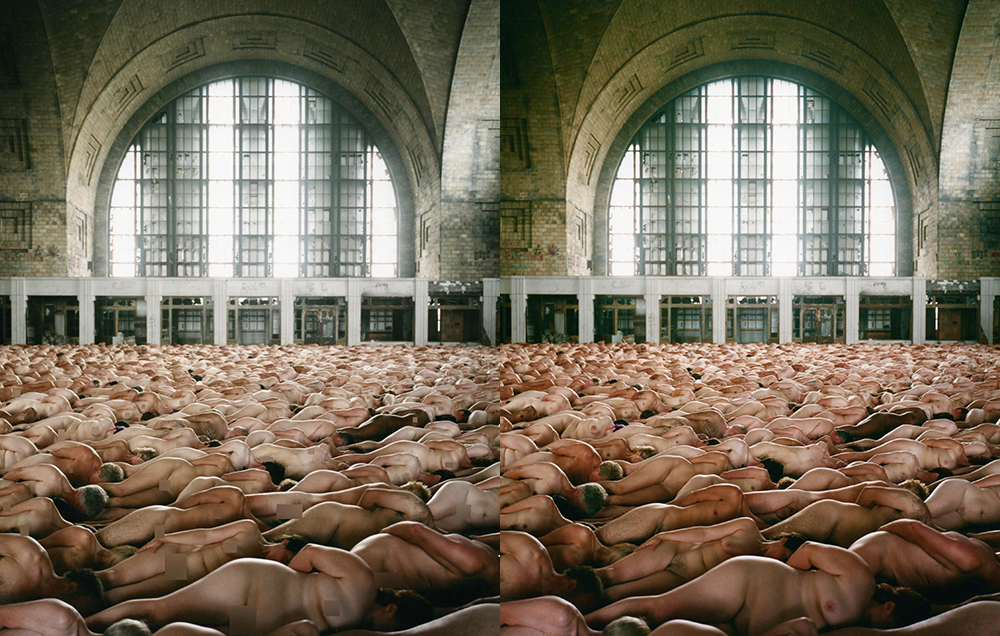 You must have more nipples to cover than any artist in the world, maybe ever.

Exactly, but my frustration never turned to anger. I have two daughters and I don’t want Instagram full of overt pornography. But there must be a verification process that allows artists working with the body to have that work featured. Very much the same way YouTube has.

Even when you self-censor, I heard your images are still not appearing in hashtags?

Before Instagram admitted to blocking hashtags, I was all over it and someone wrote an article about my problems in that regard. Even now, though, my hashtags are still being blocked from the #wethenipple project. I recently posted three group shots that went into the hashtag fine, and then a solo nude shot that won’t appear. I’m baffled by it. I have a contact at Facebook now who’s trying to explain things for me, but when she writes me back it reads like poetry. She’s trying to explain their stance philosophically. It’s hard to digest. I just want an answer that says, ‘Spencer, if the bodies are grouped together so they form a substance or mass where you can’t tell they are a body, well, that’s ok but if you post an individual nude portrait you’ll be censored.’ It’s not like I’m posting it on #birthdaygiftsforkids.

That’s going to happen soon but I’m not sure how long it will take. I’ve been complaining about it forever so I hope I played a small part in that happening.

I think you did.

Also, I’ve heard reports that people’s 100K+ pages are disappearing. That’s not fair because an artist can spend months, if not years working on their Instagram portfolio so when they’re abruptly taken down without an appeals process, that’s jarring. 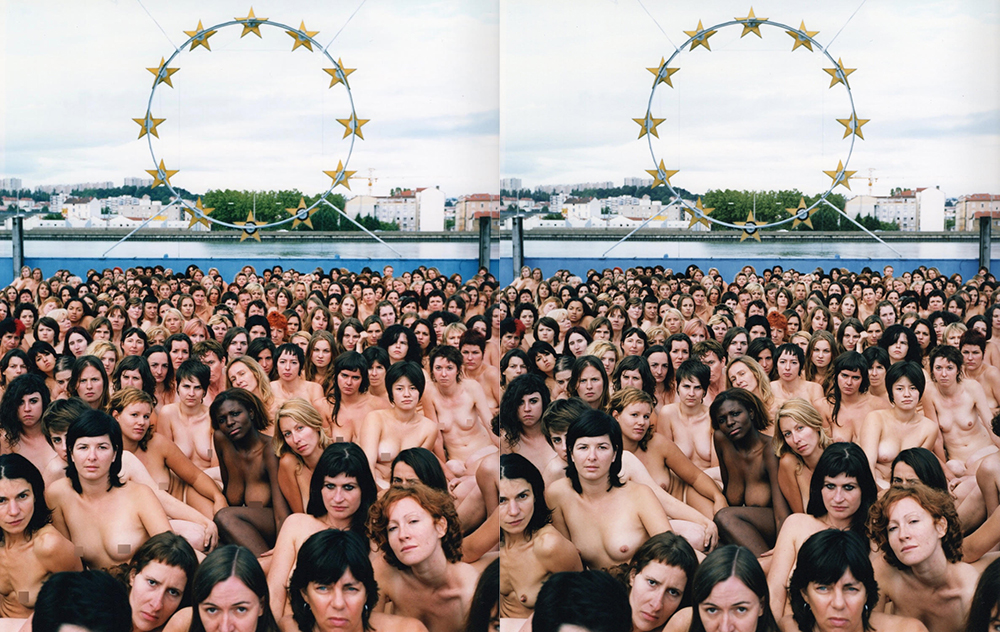 Especially for artists, since Instagram has to a degree supplanted the traditional website as a means of promoting their work. It’s potentially career destroying.

Right, though in my case I might not even have Facebook and Instagram if I wasn’t gathering people to participate in the work. I need to get the work out there in order to create a community and a trust, so for me it’s doubly important. I just hope there’ll be more photograph-friendly social media sites that could rival Instagram.

Do we live in more puritanical times?

No, I think society’s getting more open. To see a nude in public before the Internet and before social media would be very hard. You’d have to go to some obscure art photography bookstore in Soho, or maybe there’d be one in Texas or New York. There was nowhere to find nudity in an artistic form in public spaces. But now every photographer and their brother and their whole family have photographs of nude people in public and outdoor spaces. It’s commonplace. It’s an explosion of the body – the censored body ­– on Instagram and in the media. Since there’s so much out there and so much press about censorship, people think we live in more conservative times as far as the body is concerned but I don’t think we do. Having said that, my work is illegal in most of the United States. There are horrible laws against the body and art.

You’ve teamed up with the National Coalition Against Censorship for a #wethenipple action in New York on 2nd June. What will it be?

This is my first work in the streets of New York since 2001, so I’m excited. The action is about social media but also the press will be there and they will have to engage in a discussion in their newsrooms with their editors as to whether they will run the pictures. The issues of censorship they will encounter have to be dealt with. The work I’m going to make will force the issue. The media will have to confront the idea of publishing a work that’s nude but we’ll do a little trick with male nipple pasties so there will technically be no female nipples showing. I didn’t invent this, by the way. The artist Micol Hebron first came up with the digital male nipple pasty. 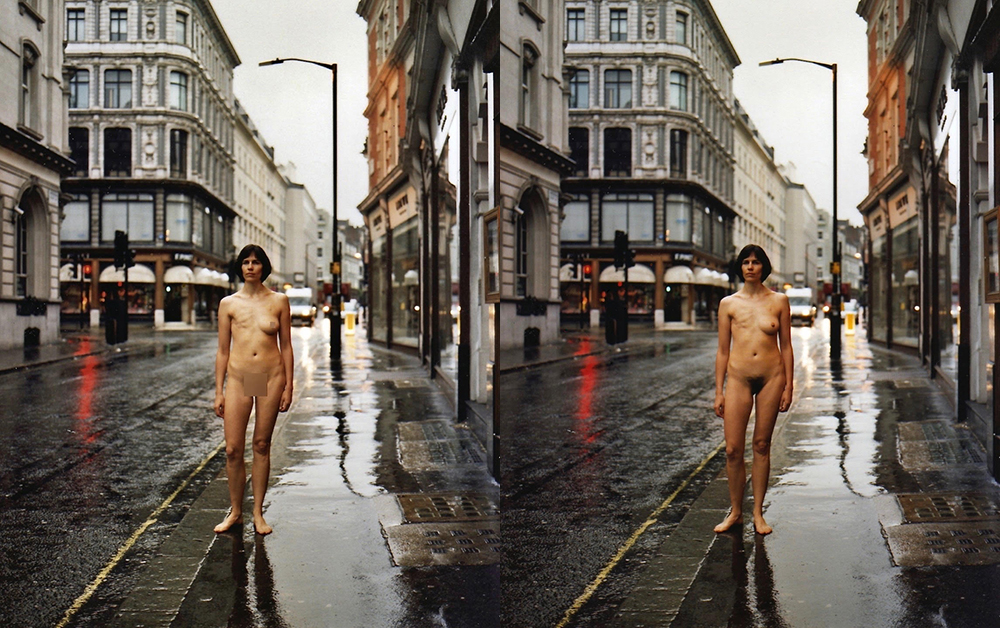 It’s not illegal for women to be topless in New York, right?

It’s not illegal to be naked in New York. The issue is not about the Police or the law. It’s about print media, social media and the Internet.

So, you’re not expecting trouble from the authorities?

No, it’s within my rights to work with the naked body in a public space, as long as we have the permits.

You’ve shot all over the world. Where proved the most difficult?

Europe, South America and Latin America are much easier to work in. Australia’s a great place to work. My difficulties are in Asia. I’ve had projects turned down in China and Taiwan, and two in South Korea, one quite recently. I’ve never worked in Asia. The only place where that might happen is Taiwan because they just passed same-sex marriage, so hopefully they’re becoming a more open society and I could connect with a curator or museum there to make something happen.

Anywhere in Asia. Washington D.C. I’d like to do a work in Russia. My family’s from Belarus, so maybe there. 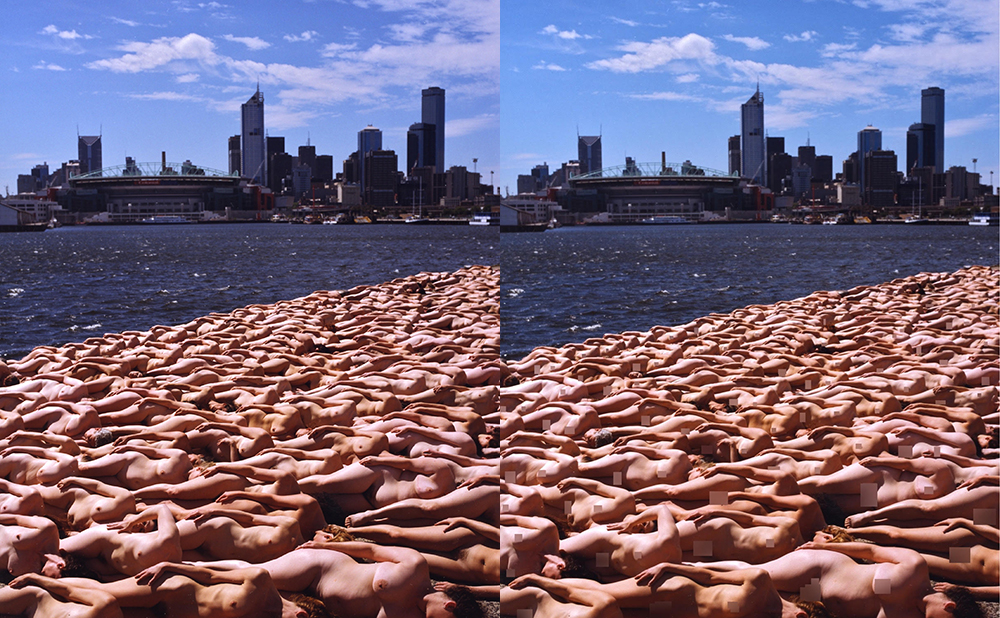 What’s the biggest shoot you’ve done, in terms of numbers?

It would be amazing to see something really large scale, like 100,000 people.

I don’t think that could ever happen. There comes a point where communication becomes a problem. Eventually, I’d like to do a work with people holding their phones, like a 1984 feeling. That way maybe I could communicate to everyone at once through an app so they could hear my instructions.

What do you think are the dangers in censoring the human body?

Look, I’m not an advocate for someone walking naked in front of a school or church for no artistic reason but within an appropriate time, space and manner it’s fine. If the body is depicted nude more often, I think there’d be less aggression against the body, that it would make for a less violent society. Our desires would lean towards a desire of the mind as opposed to a desire of the flesh.

When I lived in Berlin, I was jealous of the fact many Germans had grown up with a very relaxed and sensible idea of the body.

It’s hard for me to work in Germany because people are so comfortable with their bodies and they’ve been nude so often that they don’t view my work as interesting. I’m never going to get large numbers of people turning out for me in Berlin. They’re already naked all the time.