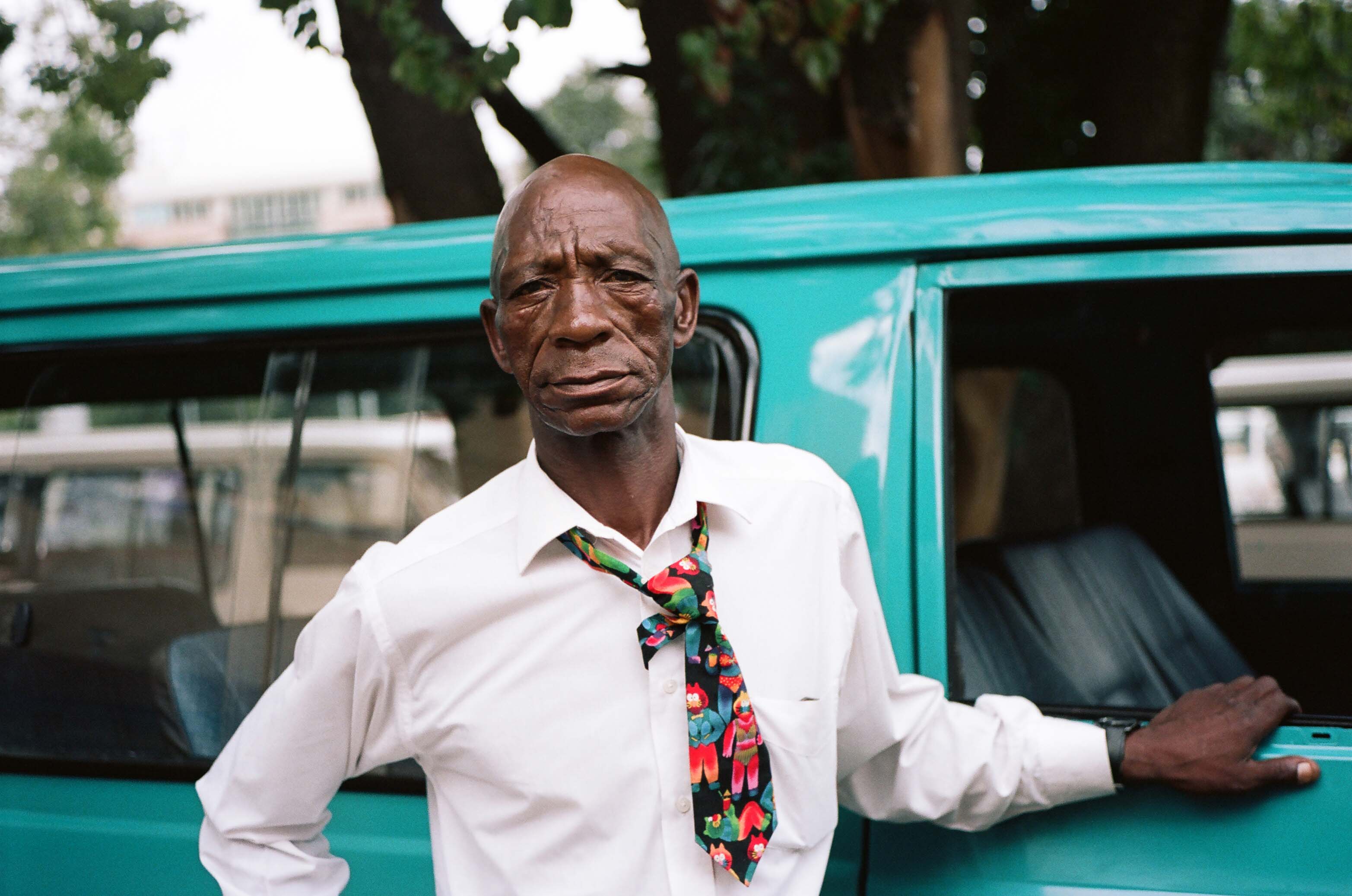 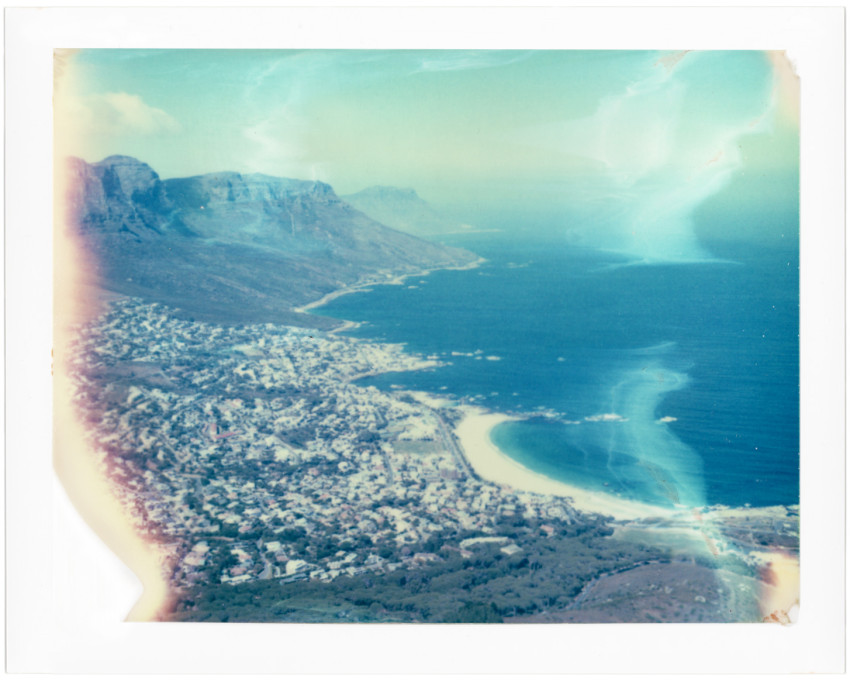 Words and Photos by Marcus Manoogian

For those of you who have yet to visit The Motherland, the best place to start your travel lies in the southernmost region of the continent: South Africa.

The country has a diverse range of attractions to offer, but don’t be disappointed when you don’t step off the plane into the set of Coming to America. No, you won’t find elephants roaming everywhere, or meet the King of Zamunda, but what you will find is a country rich with culture, scenery, and a blossoming hub of music, art and fashion. 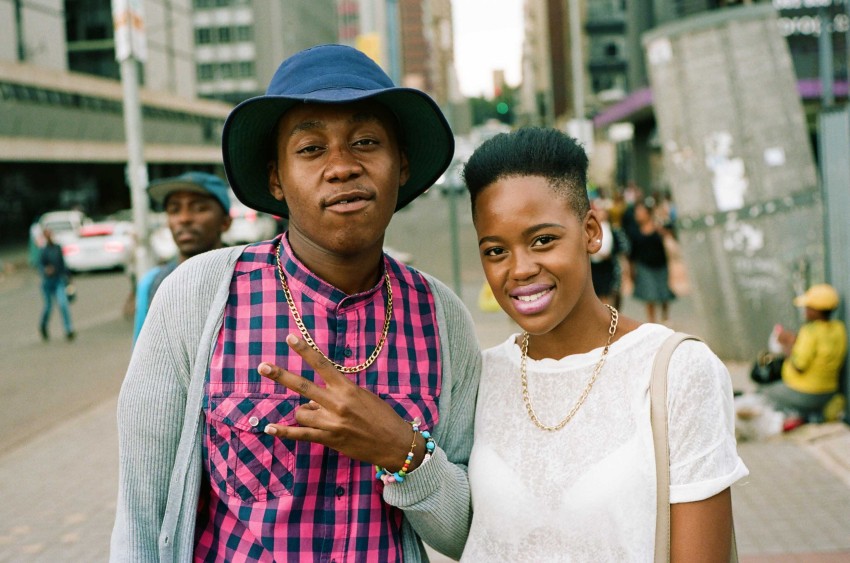 Johannesburg can be hard to figure out if you don’t have someone to guide you through it’s sprawling urban landscape. Luckily, my wife is from there and was able to show me the ropes. The Johannesburg I saw seemed to move past the Township jive that inspired Paul Simon’s Graceland into a progressive DIY buzz driven by the large young population of the city. There is an abundance of budding artists who have planted a foundation of art and fashion that gives way to a energetic scene. Much of Joburg can feel suburban, however, between the expansive freeways and rows of strip malls, pockets of art districts like Maboneng spring up where everybody dresses as cool and colorful as a Brenda Fassie music video. Weekend Special, anybody? 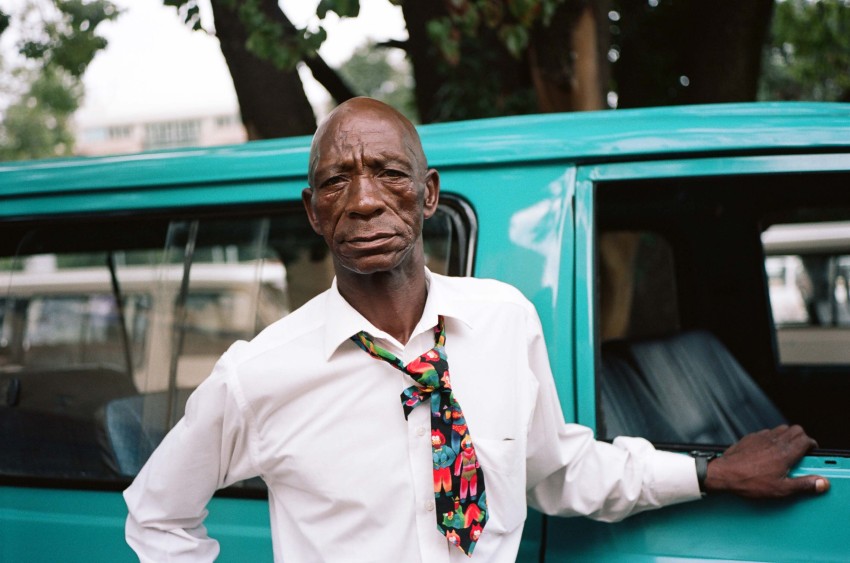 The taxis in Johannesburg run the show, don’t get it twisted. If you’re driving there, the first rule of thumb is to keep your distance as they do as they please. Unless you’re Anthony Bourdain, don’t expect to hitch a ride in the traditional taxis as they are mostly meant for public transportation. This ain’t No Reservations…the game is ruthless. The taxi community, notoriously unregulated, has been known to battle for turf and mayhem ensues whenever they go on strike. I visited the taxi depot where all the drivers hang out and made some new friends. A healthy handshake and introduction goes a long way and I got to snap some photos of the locals without feeling like the American tourist douchebag that I am. 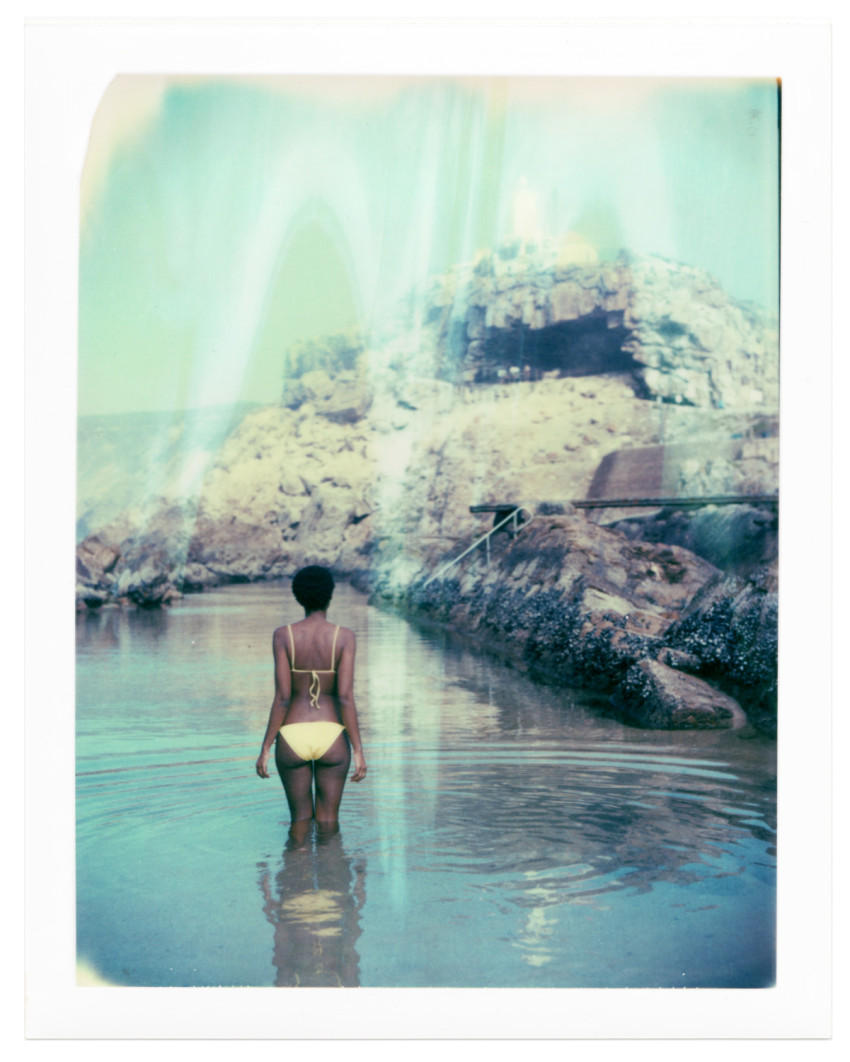 No vacation is worth having if you don’t get on the open road. My wife and I drove The Garden Route—or at least part of it. The Garden Route is basically the highway that runs along the southern tip of Africa. We flew to Port Elizabeth and drove three days in a pimple of a car along the coast, landing in Cape Town. Whereas most of South Africa has an arid, brushy landscape, The Garden Route is very lush and green, hence the name. A great place to stop along the route is Mosselbaai, a hilly town set on the Indian Ocean where ‘smashing views’ most likely precedes every Airbnb listing in the area. Aside from the terrible, Ohio-inspired all-you-can-eat sushi bar we went to, we found this amazing tidal pool where the waves sneak in through the rock walls and settle into shallow pools, making the water very warm. The town even carved out some platforms to create what looks like prehistoric diving boards, so we had to indulge in some cannonballs. The gorgeous tush you see in that photo is my lady—I popped the big question the night before, so we were having an engagement swim. 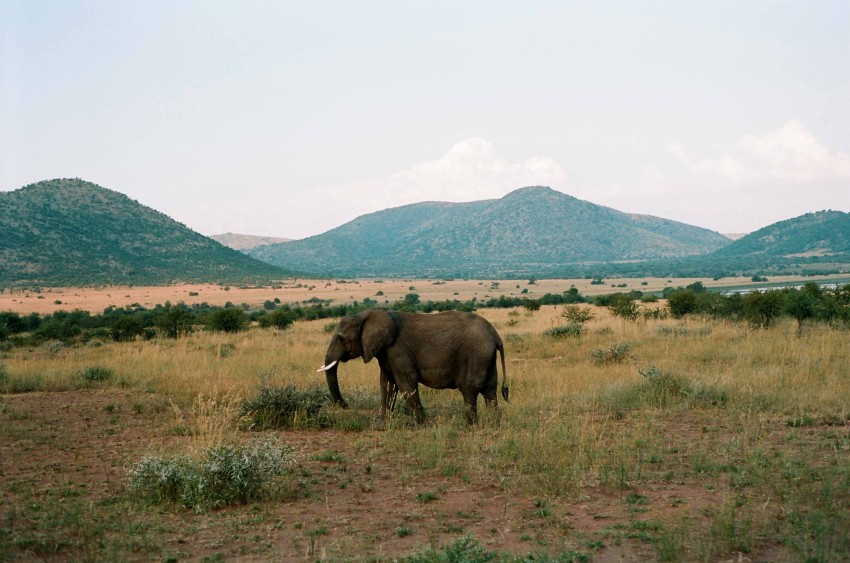 What can I say? If you’re in South Africa a game drive is a must. Go see an elephant’s penis, they are massive! 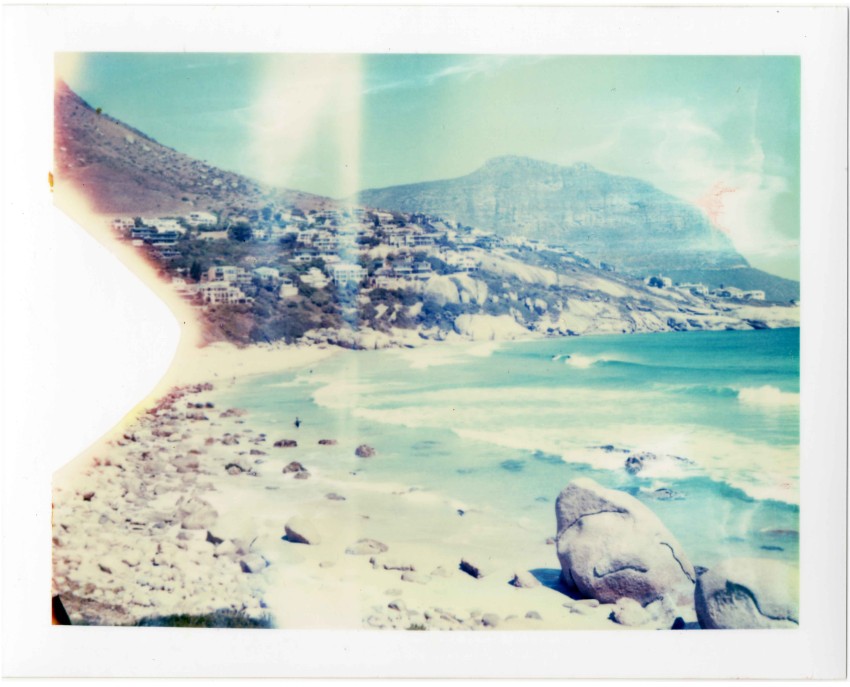 The way to roll in SA is the seafood in Cape Town. I’m sure there are many seafood spots, but the inner grandpa in me says the one to check out is Pigalle. The prawns are delish and the place looks like a supper club from 1960s Detroit: tufted leather seats and lounge singer included. For the Americans, the country’s only downfall is that they have no idea what the hell an iced coffee is, which is astonishing since the summer climate is sweltering. I mean it’s not that difficult: Espresso. Ice. Water. NOPE! If you order one, expect nothing less than some sort of ice-cream coffee slushie. Luckily, the country redeems itself by their wine, which is dirt cheap and served with a generous South African pour that can turn even the most refined wine-o into an alcoholic gremlin. 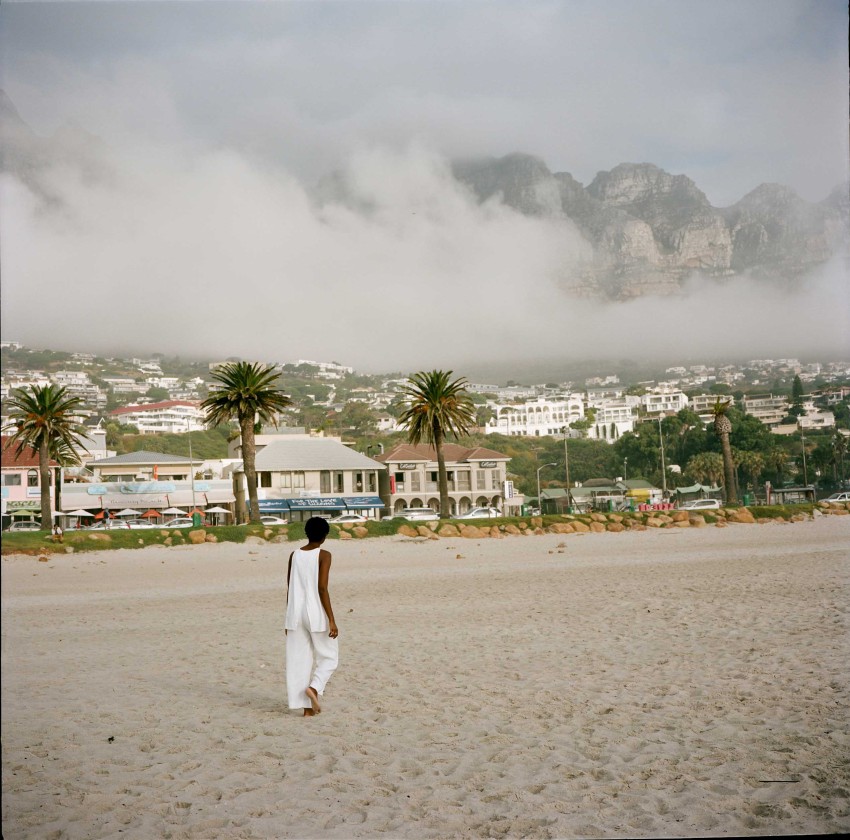 Cape Town looks and feels like San Francisco and Rio de Janeiro were put into a shaker and made into a Martini. It is a gorgeous town, situated between the Atlantic Ocean and Table Mountain. Although the scene here is not the best representation of South Africa as a nation, it is a great international hub for culture and nightlife. Going out, you may encounter a few borderline racist, drunkenly confused white people. But what’s a night on the town without a few hiccups? Cape Town more than Joburg seems to have a legitimate skate scene as I checked out a local skate shop (shout out to Baseline) and to my surprise they were playing a Bronze video, so I felt right at home. 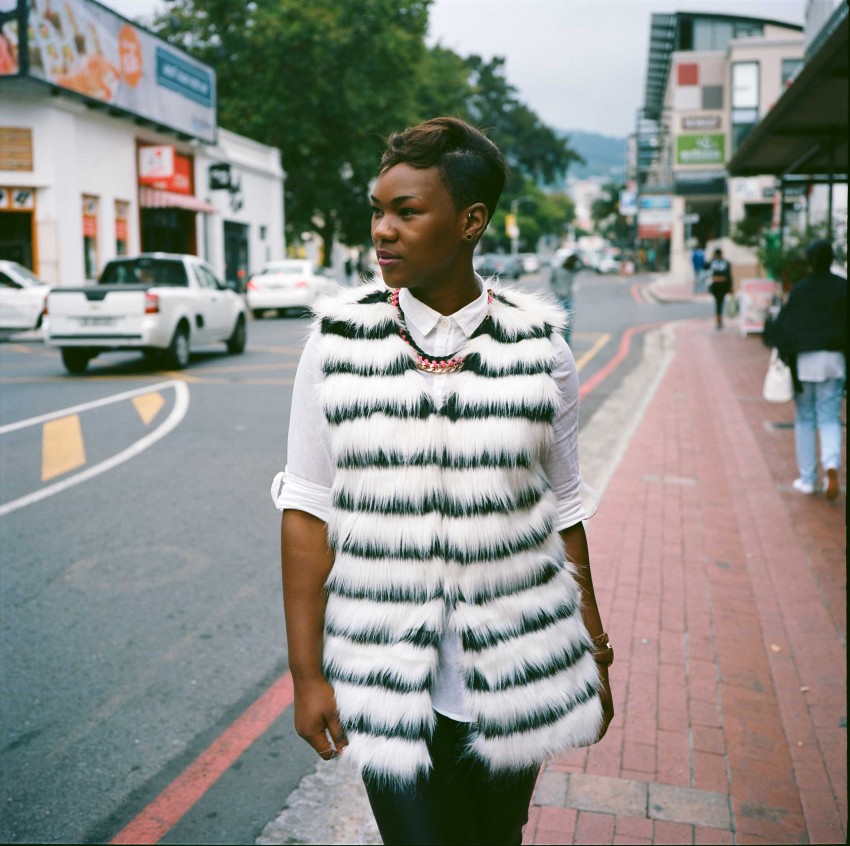 In all, I feel that the entire continent’s majesty can be found in the confines of South Africa, making it a great place to travel in a limited amount of time. The Rand is low, so get out there while you can get good bang for your dollar. Enjoy! 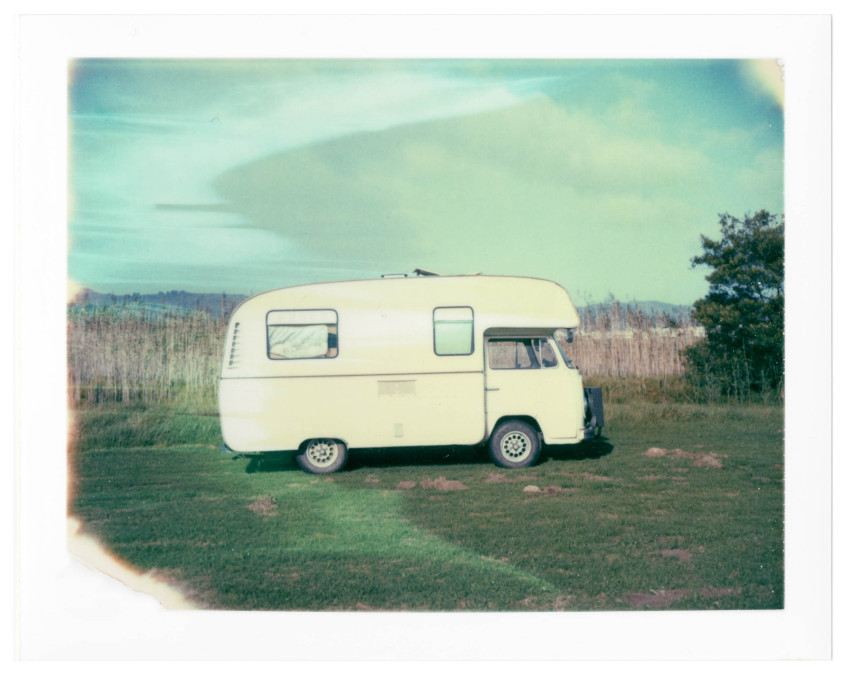