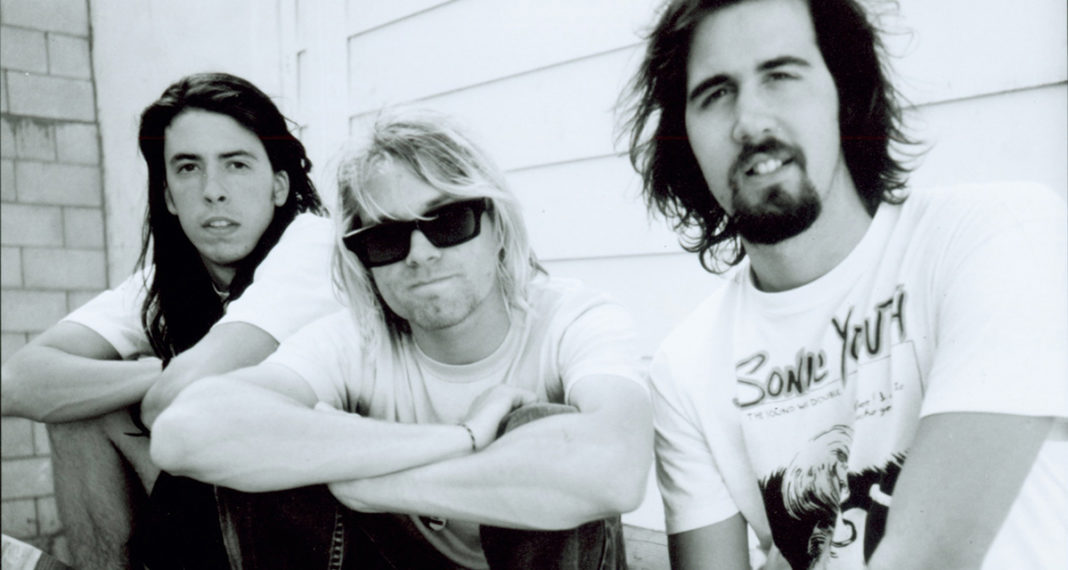 The 1969 Fender Mustang played by Kurt Cobain in the ‘Smells Like Teen Spirit’ video is up for grabs… If you’re minted.

So far there have only been four bids on the iconic axe (did I just write that?), but it’s already up to $640,000—more than you have in your bank account, you peasant. Kurt bought the left-handed Mustang guitar (in Lake Placid blue) in 1990/1991 from a chap by the name of Lloyd Chaite at LA’s Voltage Guitars. The legendary lute was used on both the Nevermind and In Utero albums, as well as for a bunch of live performances. But for all intents and purposes, this is the guitar from the ‘Smells Like Teen Spirit’ music video, which was the video that broke Nirvana and changed the musical landscape forever. I’m old enough to remember the release of that song, and its impact can’t be underrated. If you’ll allow me to talk about myself and my experiences for the first time ever, I recall I hadn’t heard ‘Smells Like Teen Spirit’ yet, but everyone at school had and it was driving me crazy. I basically sat by the radio for a week waiting for the wankers at my local radio station to give ‘Summer of ’69’ a rest and play it. Finally, they did, and my mind was blown. 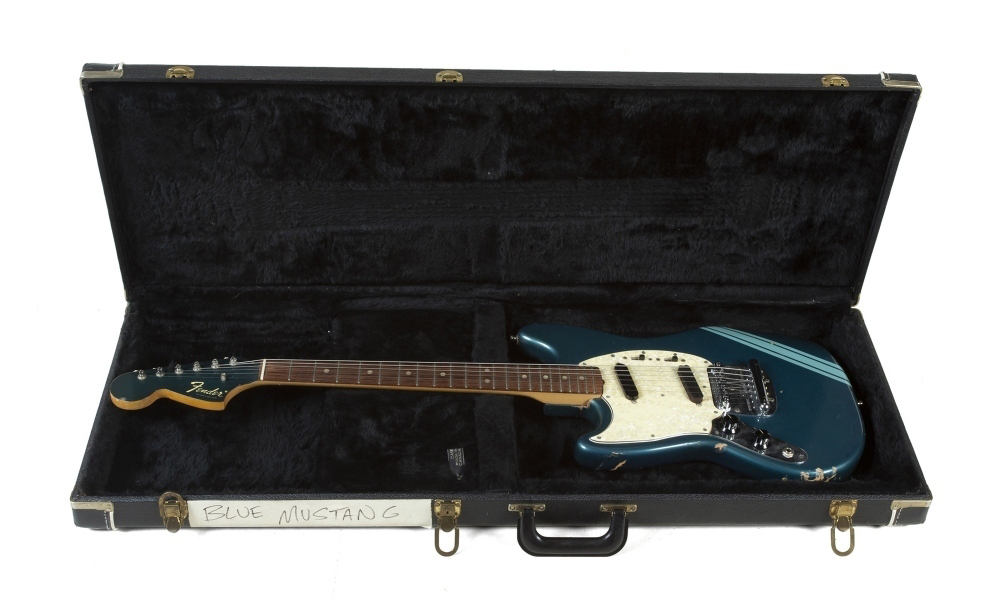 According to the description on the Julien’s of New York website, Cobain’s guitar tech, Earnie Bailey, has confirmed that this is definitely Kurt’s beloved banjo, and he can tell because of the alterations Kurt had him do to it. ‘Cobain had him replace the original bridge with a Stewart MacDonald Gotoh Tune-O-Matic, Cobain’s favorite, before Nirvana played in Argentina in October of 1992,’ reads the description, and you might want to click out of this now because the specs are going to put you in a coma. ‘Bailey also replaced the original bridge pickup with a Duncan Hot Rails Humbucker in early 1992. The original single-coil bridge pickup, tremolo bar and one of Cobain’s guitar straps were kept and stored in the guitar case and come with this lot.’ 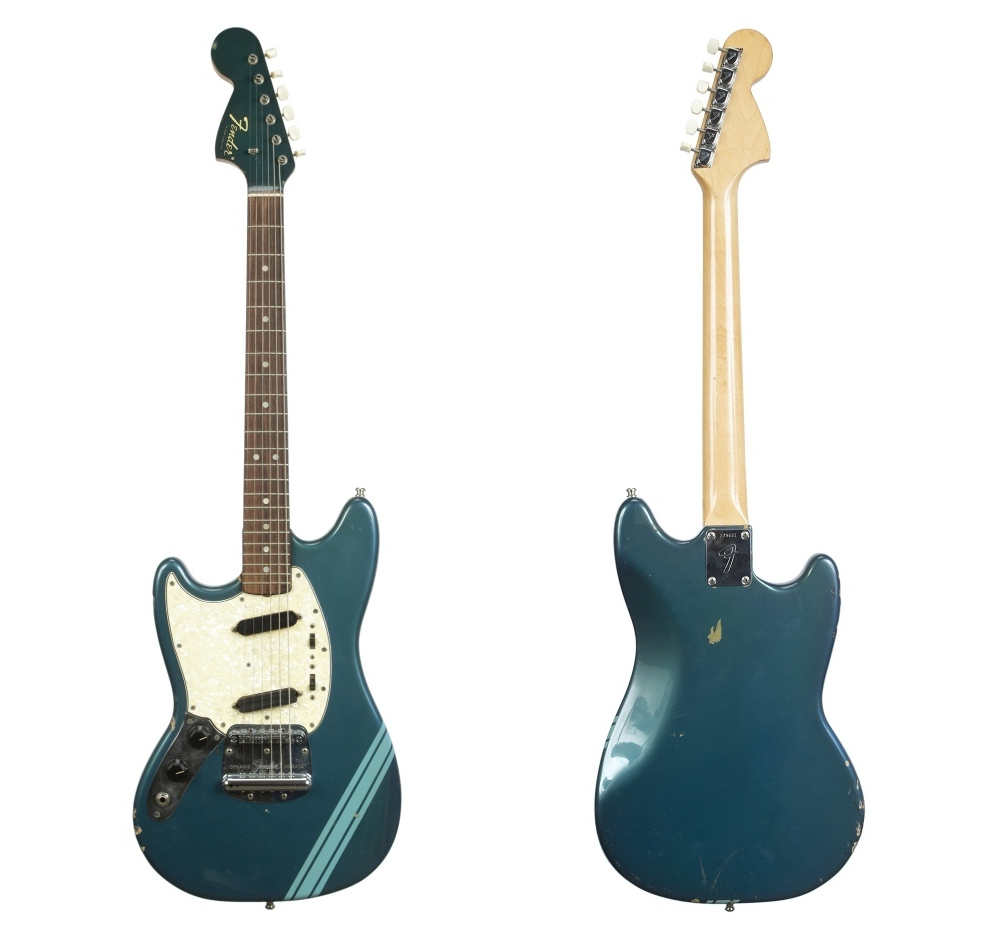 Said Earnie Bailey the guitar tech, ‘I rebuilt the bridge section in a way that would be repeated on his In Utero era Sonic blue Mustangs. It involved replacing the bridge with a Tune-O-Matic style bridge, and flipping the tailpiece bar around backwards. From there, several washers were added to the posts that connected the tailpiece to allow it to be tightened down against the plate that it rested on. This modification solved several problems. It disabled the tremolo system and, in the process, increased tuning stability. Reversing the tailpiece itself allowed us to now re-string the guitar in a much easier process, stabilizing the tuning while changing the angle in which the string connected to the bridge which would reduce string breakage. By tightening the tailpiece down against the plate, it also redirects the string resonance from being absorbed by the tremolo spring and to the body.’ How boring was that? If you have more money than God and nothing to do with it, why not head to Julien’s and see if you can’t win this important piece of rock ‘n’ roll history. 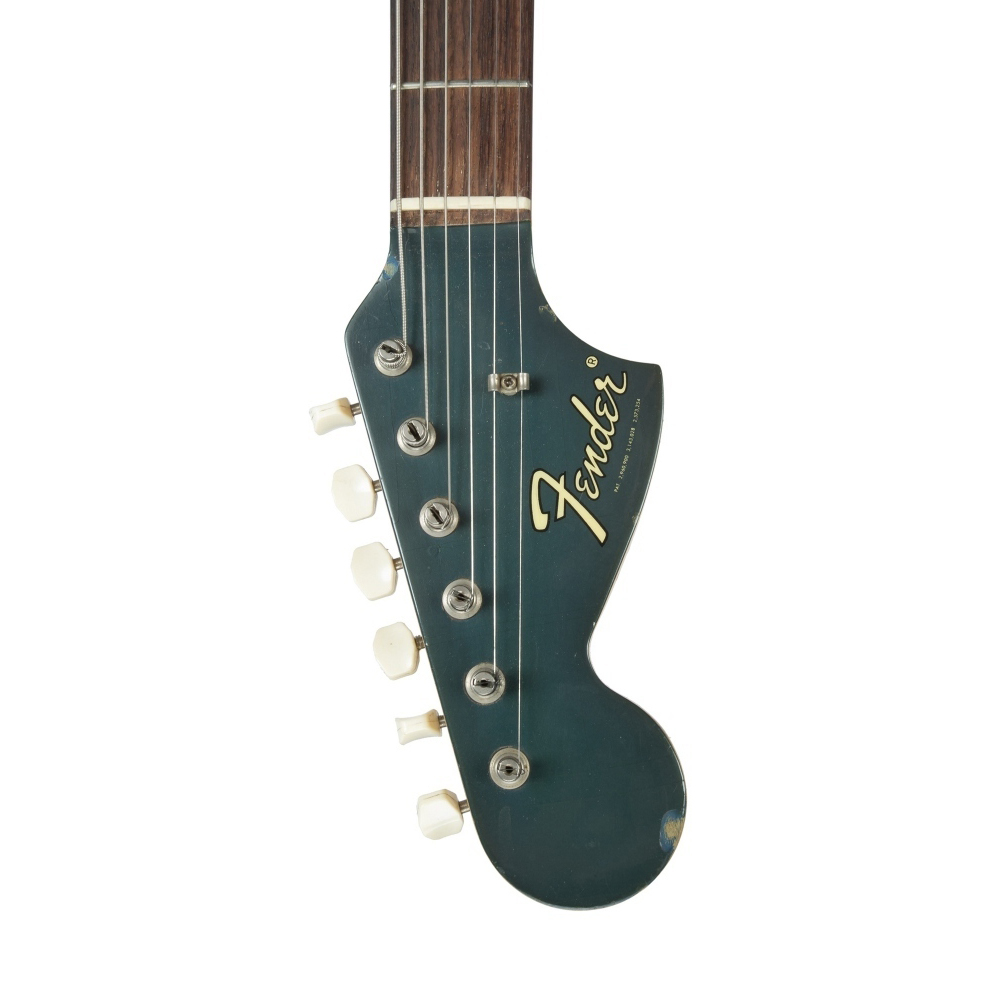