It’s a significant ‘coming of age’ moment for the brand, and also significant in that its release marks two years since the passing of its founder, the much-loved Keegan Walker.
We all miss Keegan terribly and know he would be beaming with pride if he could see how his dear friends Caeylen Norris and Bryce Golder have kept the brand going, as well as involving the wider Melbourne creative community to make it something truly special and beautiful.

I spoke to the main filmer and driving force behind Heavy Mayo, Jon Fitzgerald, to get a bit of background on the project. 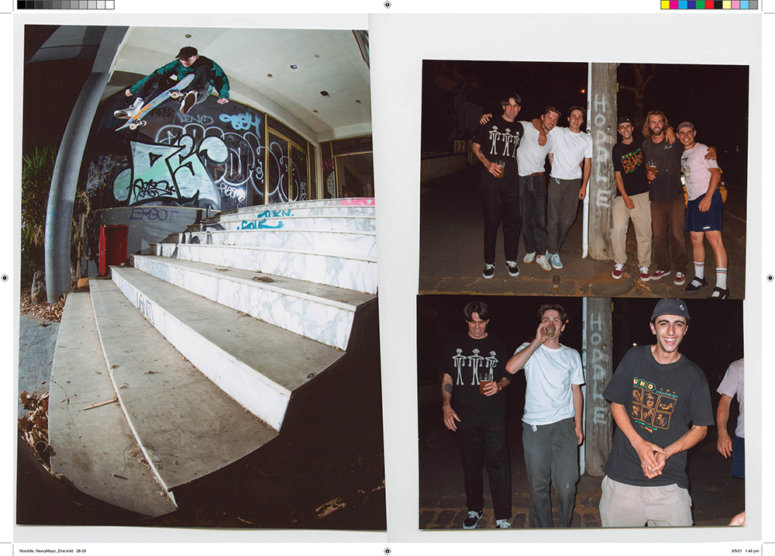 Max: Congrats on the video, man. How long have you been working on it?

Jon Fitzgerald: Collectively, a year. Simon came in with quite a bit of footage to begin with; he had a plan to film a solo part for Hoddle and a few of the guys started getting clips here and there until we were like, oh well, we’ll make a part of Simon with everyone in there, too – then it turned into a full video. Obviously, it got pushed back here and there, then Kirksy had the good idea of premiering it on the anniversary of Keegan’s passing. That gave us a really solid date to work towards, then wait a week or so to release it officially. But it goes back to Simon and our friend George Kousoulis; they really set it off in the beginning.

How do you think Hoddle has evolved in the two years since Keegan left us?

I think it’s gotten a lot stronger; it would be more a question for Caeylen or Bryce, but from my eyes, I can definitely see the team getting bigger. Adding Digby has obviously been really good for everyone. I think Keegan would be extremely proud to see what these guys have done, carrying on from what he started originally. Having that short section in Kitsch, the Pass~Port video that came out a year-and-a-half ago helped. It’s not just a side project, you know? 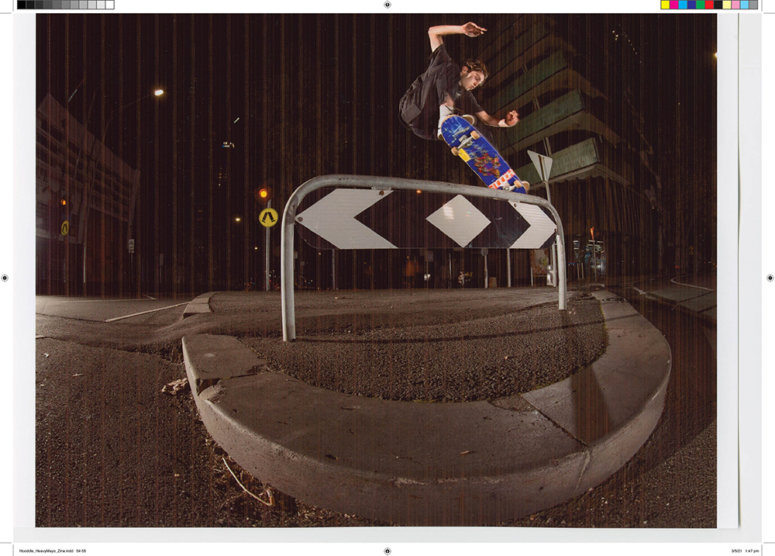 Totally, and it feels like a real expression of the Melbourne scene, like it’s broader than just skateboarding.

I think that comes down to everyone being involved in it. It’s like this video, it’s not just one person. We had our friend Shannon Rush doing lots of art, and Zane and Braden Jordan, and obviously Sam from Pass~Port did a bunch of stuff, so it was a real collective thing. A bunch of people helped with filming, like Tim Cobden did a great job filming Dean in Sydney. It’s cool to see a group of guys that skate together anyway do something cool for the brand. It all happened pretty organically, is what I’m trying to say.

The zine Bruce made to accompany the video is amazing.

Oh yeah, it came out so good. 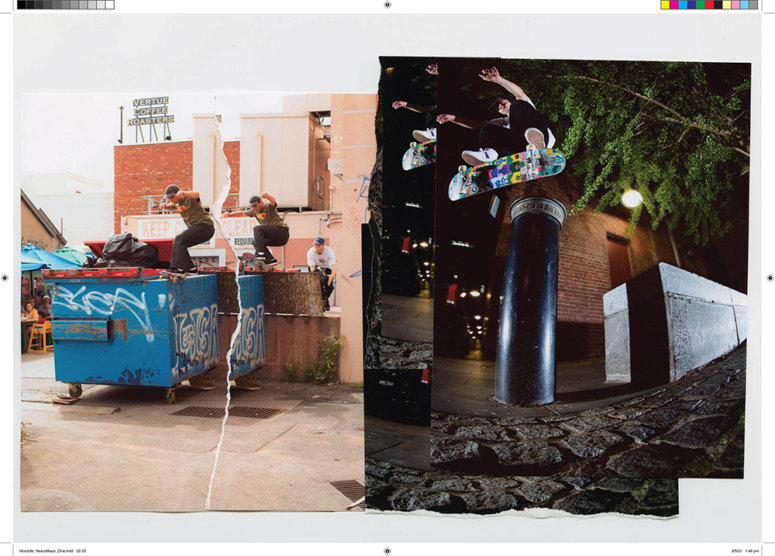 The premiere looked amazing. It was definitely better than the premiere I held in my work’s lunchroom, by myself.

Yeah, it turned out so well. We were just worried that everyone wasn’t going to be allowed in. There was a really good turn out for Keegan.

How many people turned up?

To be conservative, I’d say there were about 200 people lined up outside, and that was just from our crew. It was a lot bigger than what we expected; we put that premiere together in about three days. Trent (Evans) helped with his brewery connections and it was awesome. 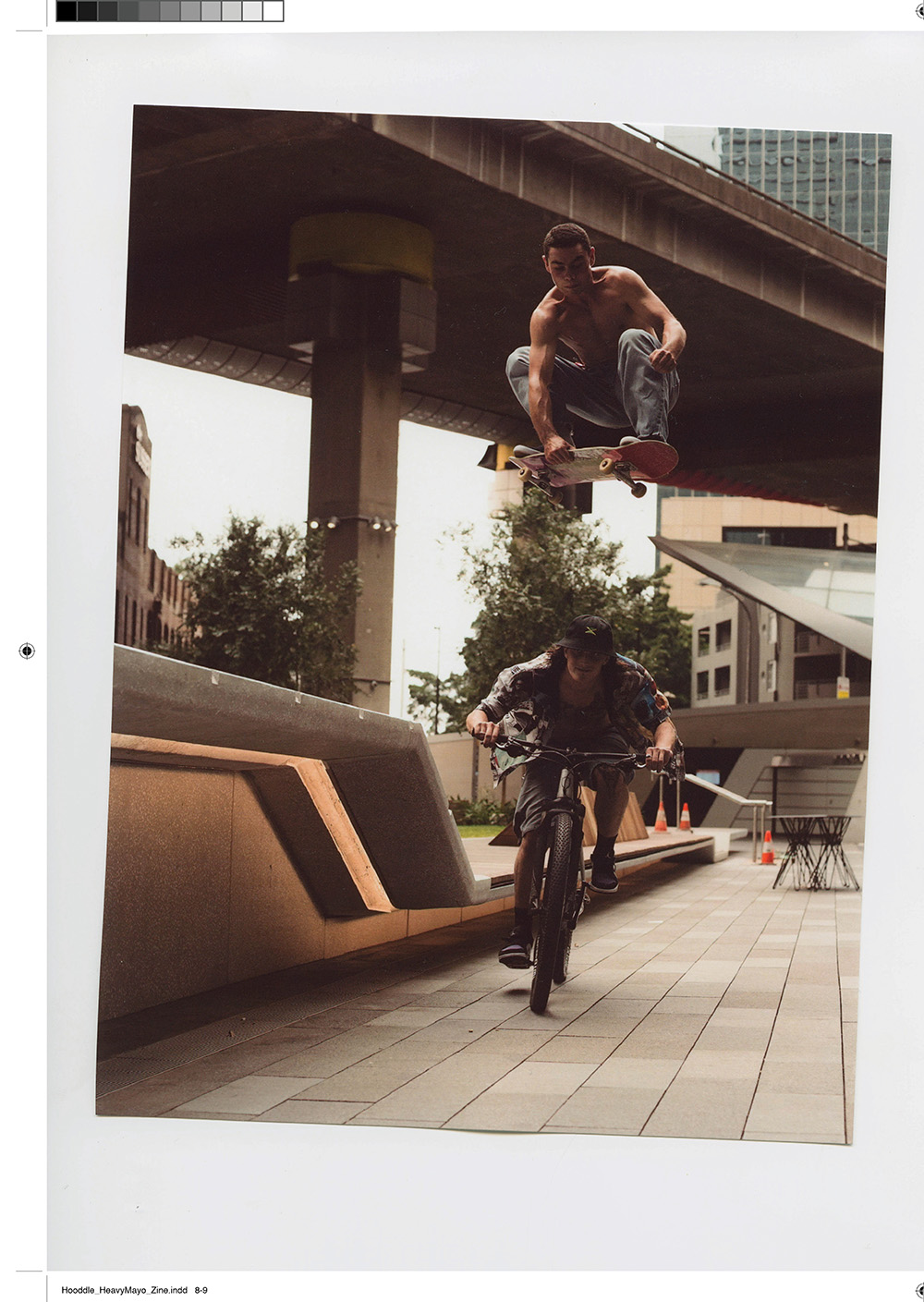 Do you have any good Keegan stories you can share?

Dude, you’re putting me on the spot there.

No, no, it’s just how do you narrow it down? I could say the classic ‘nothing I could share here,’ but mainly I just remember how he had time for everyone, no matter how busy he was. He would always sit with you and chat. He was one of those people who actually listened to you when you spoke. You know, sometimes people will just nod their head and say yep, yep, yep. Keegan was always very attentive; very personable.

Well, you did him proud. Thanks for your time.

Thanks for your time.