“It was probably the best day we’ve had in a long time,” says Austyn Gillette, after skating approximately 16 miles from Staples Center in downtown Los Angeles to Venice Beach, while his friend Makenna Rieder ran the same route on foot.

“I’ve experienced a lot of loss in my life and Makenna experienced losing her brother—the closest person to her. Some people never recover from something like that, but seeing her shaking before we started and watching her cry at the end, knowing how special it was to her—the day felt so full.”

“The most I ever ran was 10 miles,” says Makenna, “and that was only three days before. For me, running is 75 percent mental, and I’d been told that if you can do 10 miles, you can do 13. So when Austyn asked me to be involved I was like, ‘Let’s do this.’ And I just went for it.” 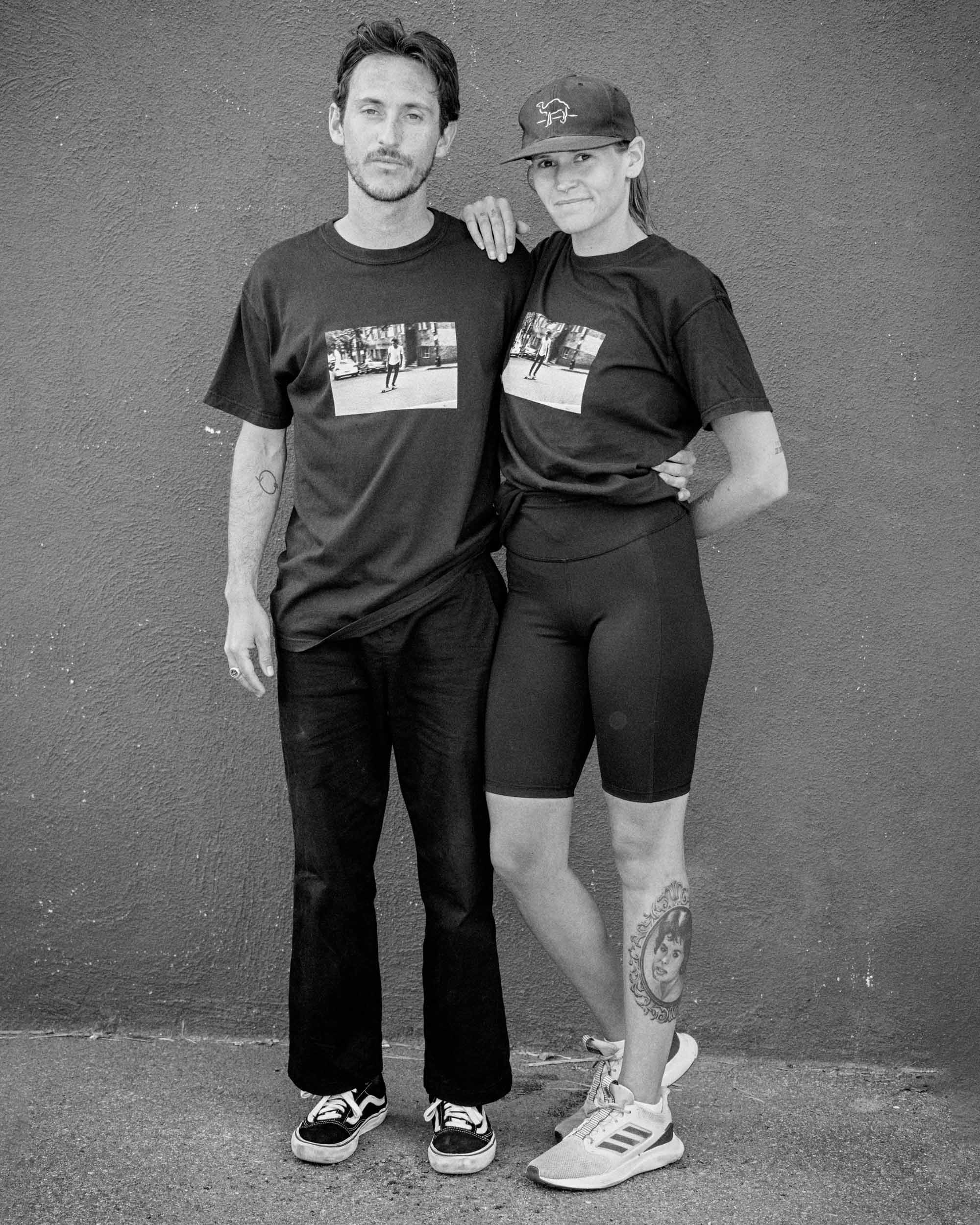 The original plan was to invite the LA area skate community to join Austyn and Makenna on their May 26 (what would have been Dylan’s 32nd birthday) journey to raise awareness and funds for the Dylan Rieder Foundation. The nonprofit, created in Dylan’s honor by his friend Akram Abdel, benefits City of Hope hospital, where Dylan spent about a year and a half undergoing treatment for Leukemia before his untimely passing on October 12, 2016. 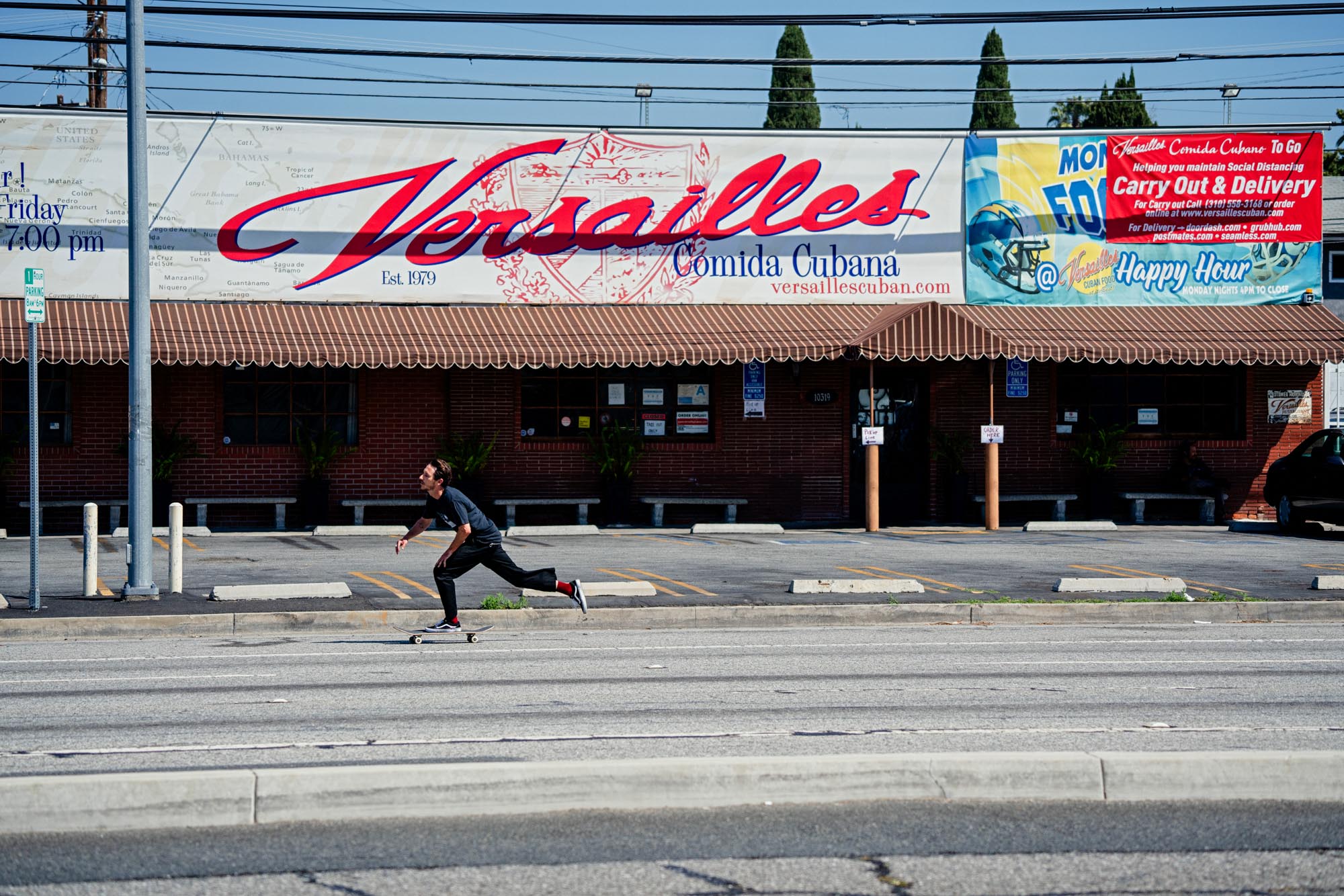 “I wanted to do something proactive after what Dylan went through,” says Austyn. “With every passing year, losing him affects me more and more. So what can we do on a special day like his birthday to help people avoid experiencing what he did? Because it’s a real fucking shame to lose a loved one to leukemia. We’re already out skating anyway, and I’ve used skating as a vehicle to make a living and do cool projects for years, so why not skate to help people?”

There was a glitch though—the COVID-19 pandemic and lockdown. So a day that would have drawn hundreds, if not a thousand or more skaters together to celebrate the life and legacy of Dylan Rieder, had to be carefully rethought with everyone’s safety in mind and reduced to a small crew to avoid encouraging a large gathering and possible transmission of the virus. 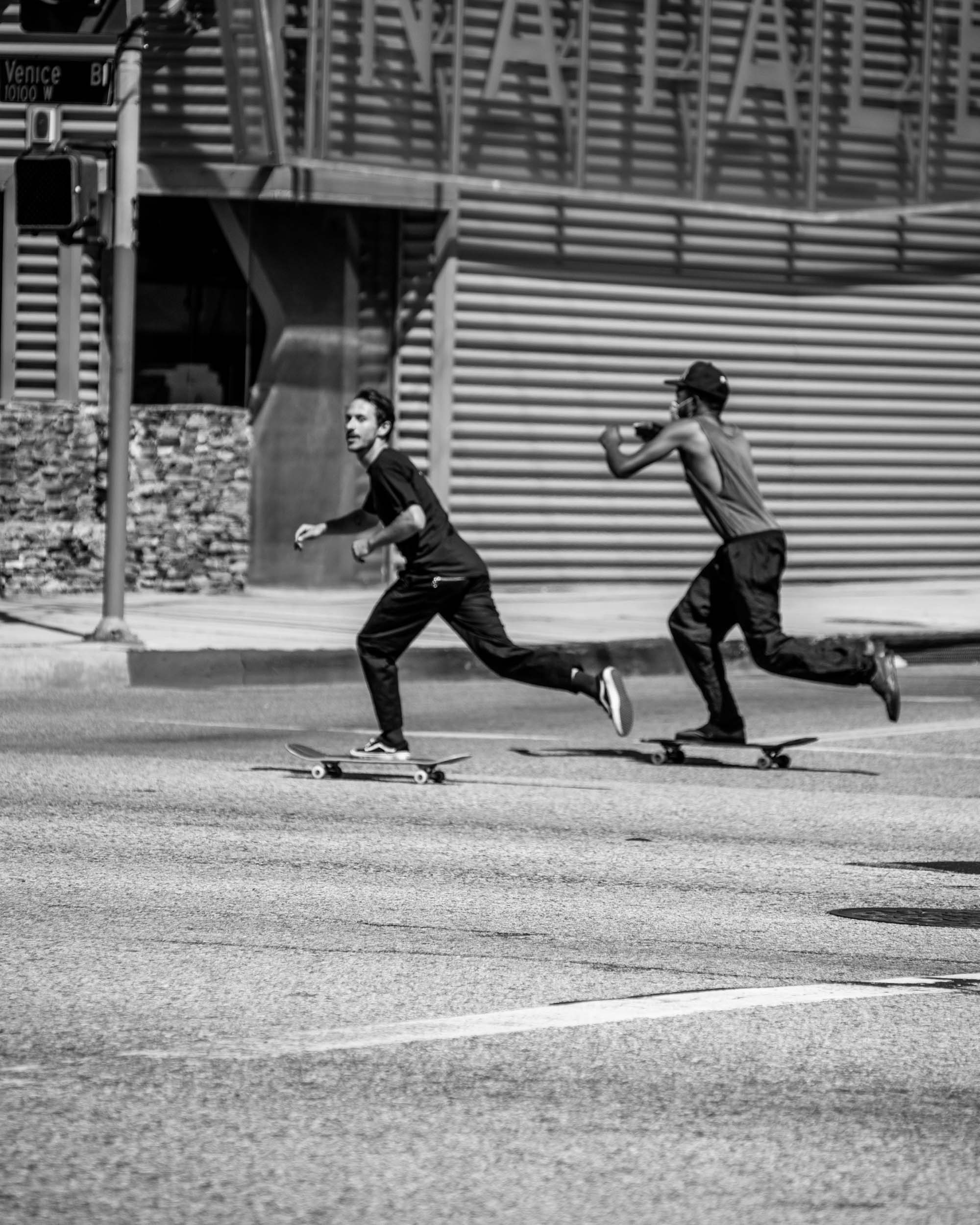 Since the public could no longer attend, the crew streamed their trek live on Instagram and Austyn’s brand, Former (which Dylan helped create along with pro surfers Craig Anderson and Dane Reynolds), made a limited run of shirts, adorned with a photo of Dylan shot by friend and photographer Ryan Allan, to raise money for the foundation. The shirts sold out online in eight minutes but donations given directly to the foundation, without the purchase of a tee, continued to roll in throughout the weekend.

“The photo of Dylan was taken in Sydney, Australia in 2012,” says Allan. “It was one of the first trips that Austyn came on with the Gravis crew and the first time I saw the dynamic of he and Dylan skating together. They were sort of competitive with one another—not vocally, but in their skating. Mini ramp sessions more impressive than I’d ever seen; games of S.K.A.T.E. were incredible. I remember thinking, ‘These guys have to skate together all the time so they both progress really fast.’ We chose this shot for the shirt because even though it’s just a photo of him rolling, there’s still style and power in it— things that Dylan’s skating represented.”

“A lot of days run flat and empty without certain people in your life,” explains Austyn. “I feel like this was the closest Makenna and I and her family have been to each other in years. The first day in a long time where I felt good all the way through. When Makenna arrived at the beach, I said, ‘Dylan is proud of you,’ and she started crying. We held each other’s hand and walked to the water. It felt like we had him here with us again.” 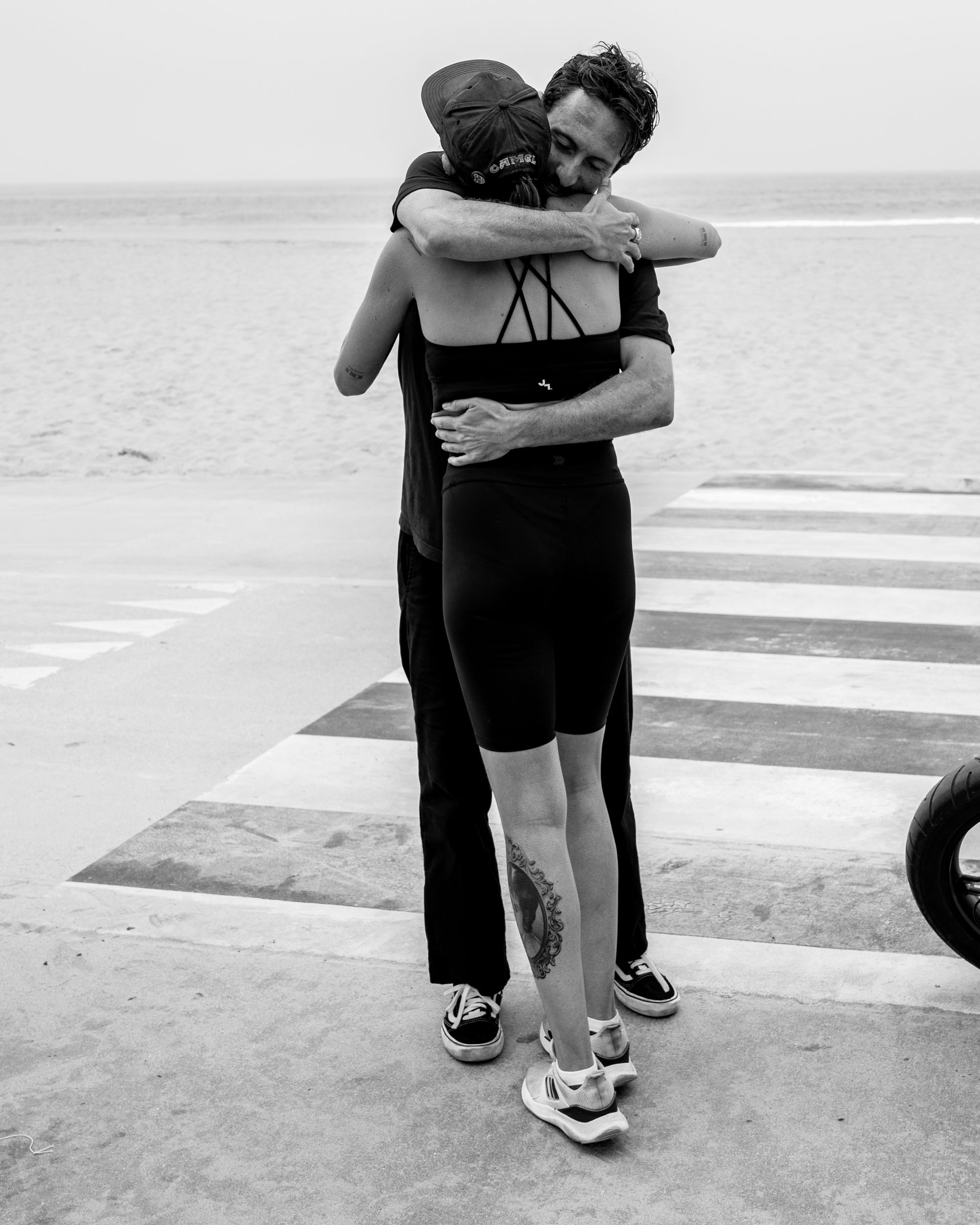 “Seeing Austyn and Makenna reach their goal was both heavy and inspiring,” says Allan. “The beach was everything to Dylan. He’d dragged us to so many on our travels over the years. The day felt right and I was lucky to see and document it.” 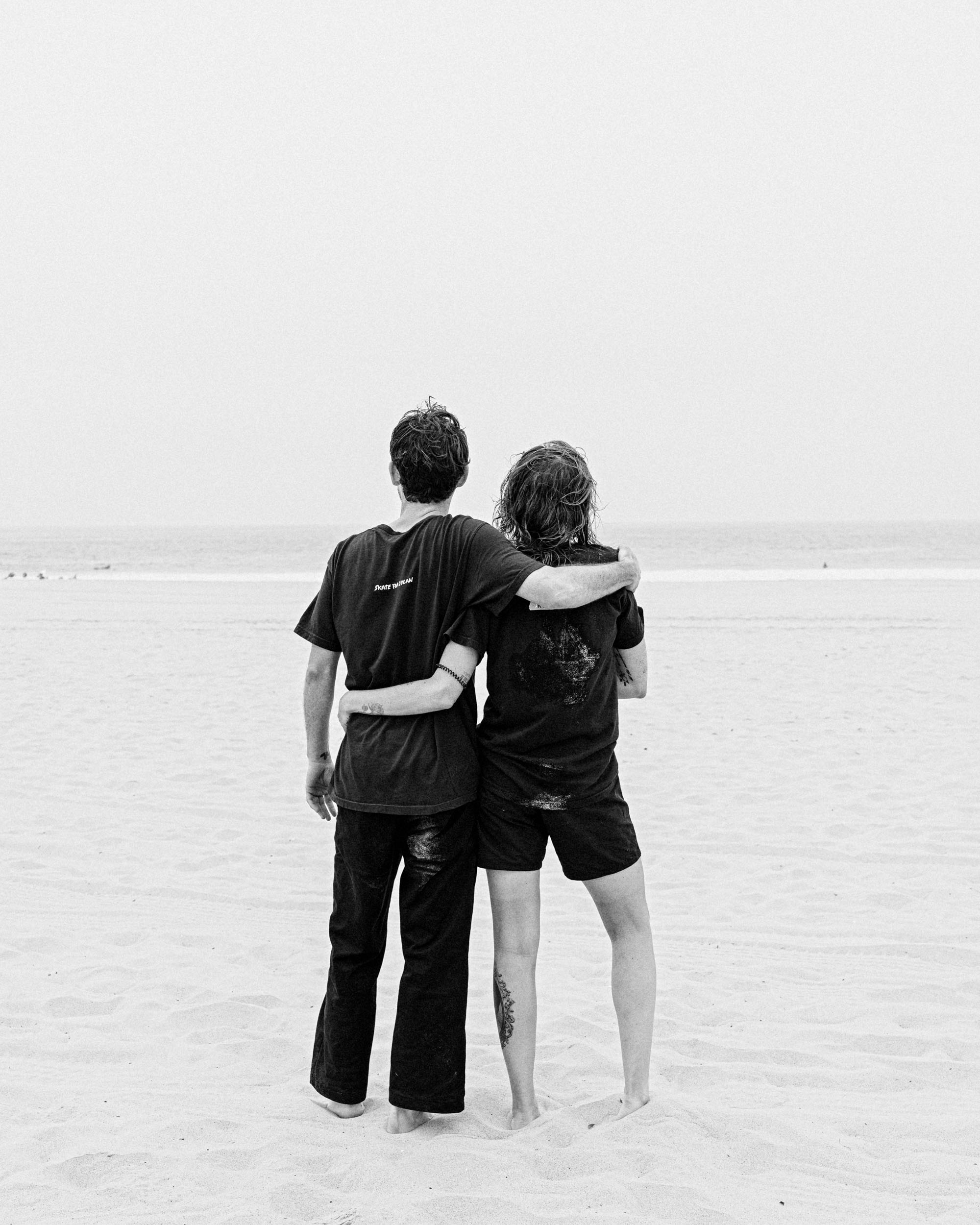 “Dylan had been in the hospital for years and all he wanted to do was go to the beach,” says Austyn. “Within the first few weeks of being out of remission, maybe eight months before he passed, we took him to Venice. We carried him out on our shoulders. When we put him down he sat there digging his feet in the sand and didn’t say a word. It was the last place outside of the hospital that we spent time together.” 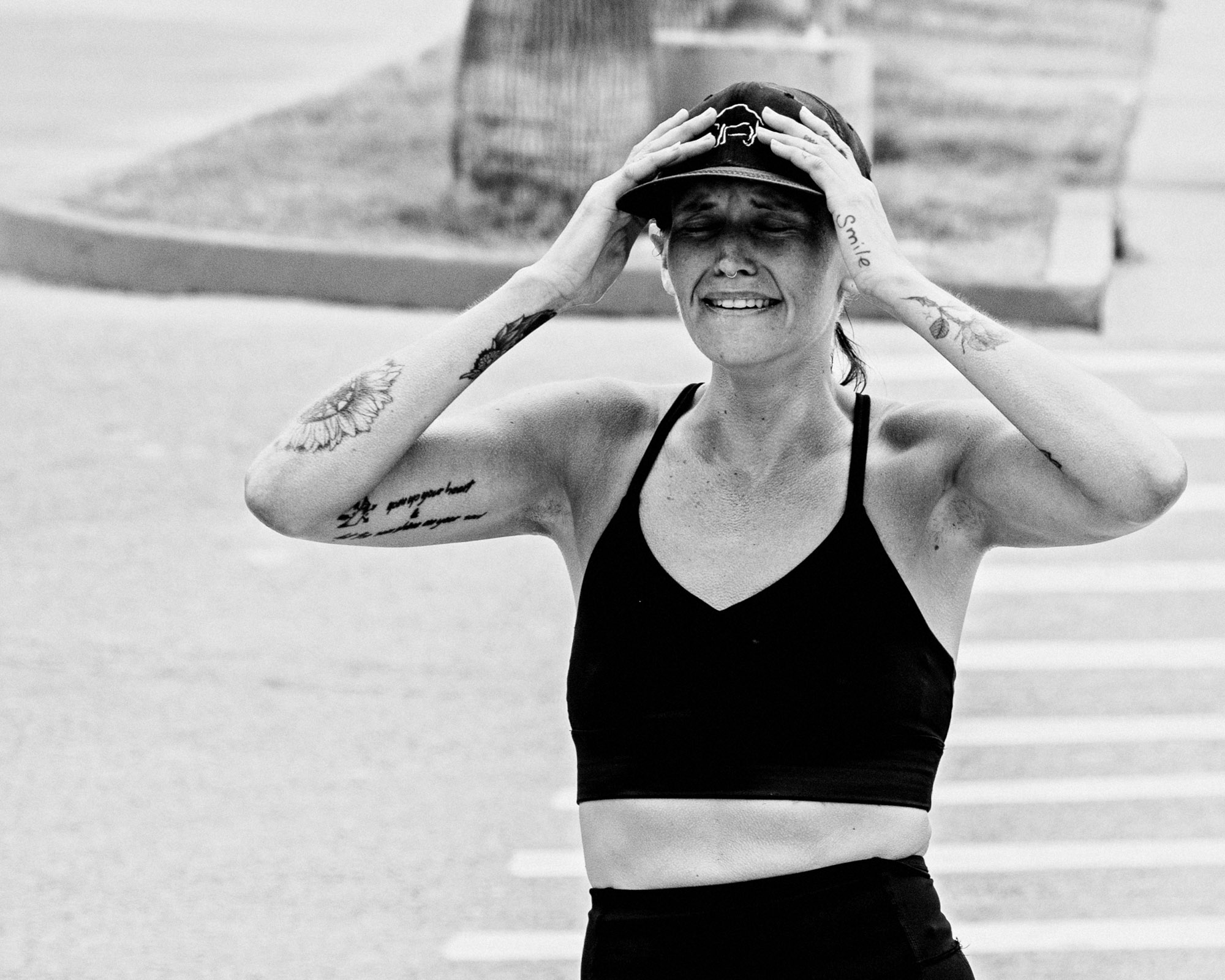 As luck would have it, May 26 was one of the hottest days of 2020 to date, and aside from already feeling emotional, Makenna described being physically exhausted and dehydrated less than halfway through the run.

“I was struggling,” she says. “I wasn’t sure if I could finish honestly. Even the night before I was trying to talk myself out of it—the heat, the early morning, doing it in LA—all things outside of my comfort zone. But I had Dylan in mind the entire time. I watched him go through some of the craziest, most painful shit in the hospital. And it’s like, ‘Fuck, if he can go through that, I can do this for a few hours.’”

And with only two miles left, as Makenna was ready to give up, something unexpected happened. 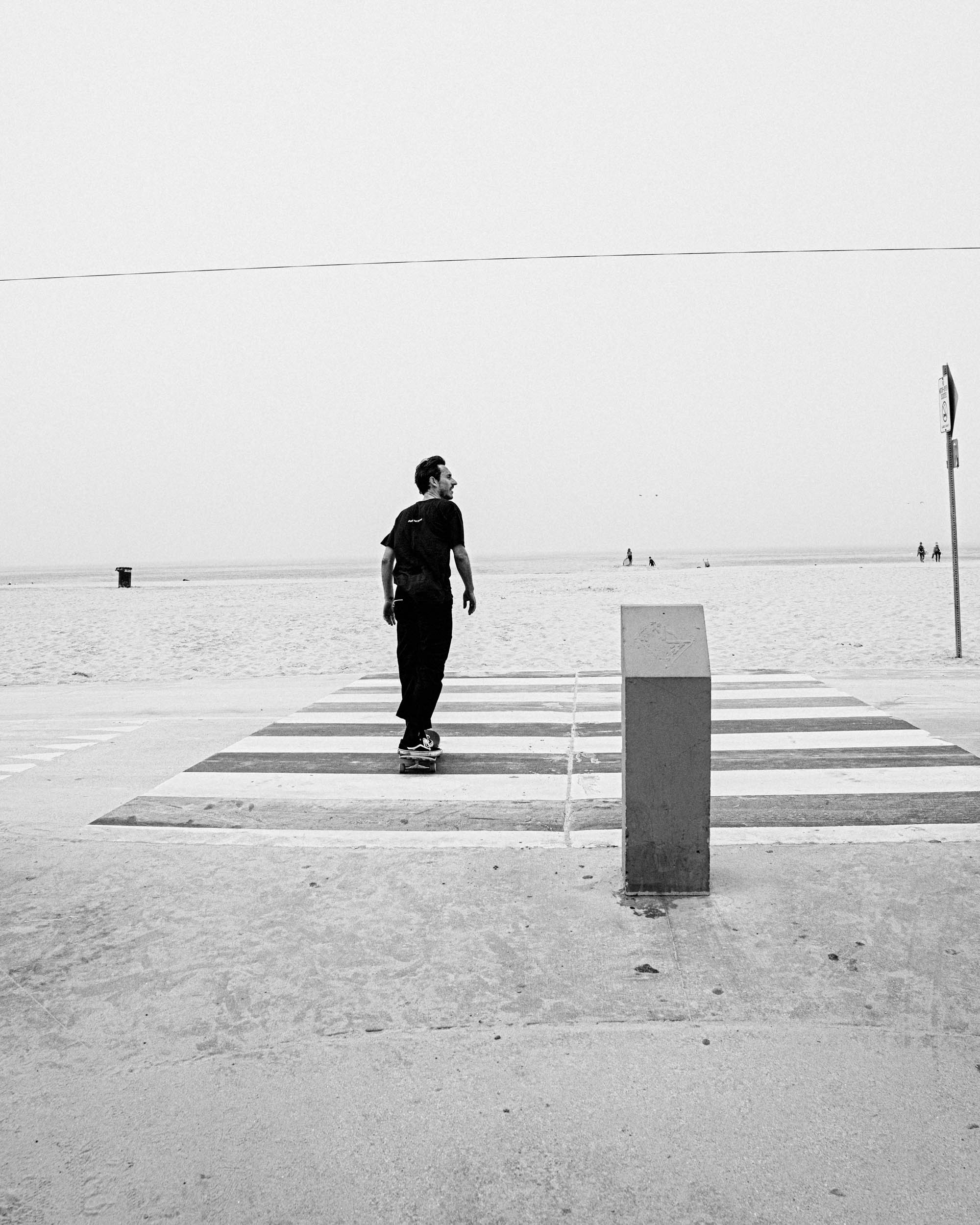 “At that point I was walking; thinking I wasn’t going to finish, but this kid who found us skated up to me and said, ‘Can I finish it with you?’ [Makenna begins crying as she explains] And I nodded and he skated along with me. That was just the coolest thing. And when I got to the end, a bunch of skaters had shown up there as well. I gave Austyn the biggest hug and I cried. It was the first time I felt genuine happiness in a long while. I think Austyn felt that too. It was perfect. I think it was everything that Dylan would’ve wanted.” 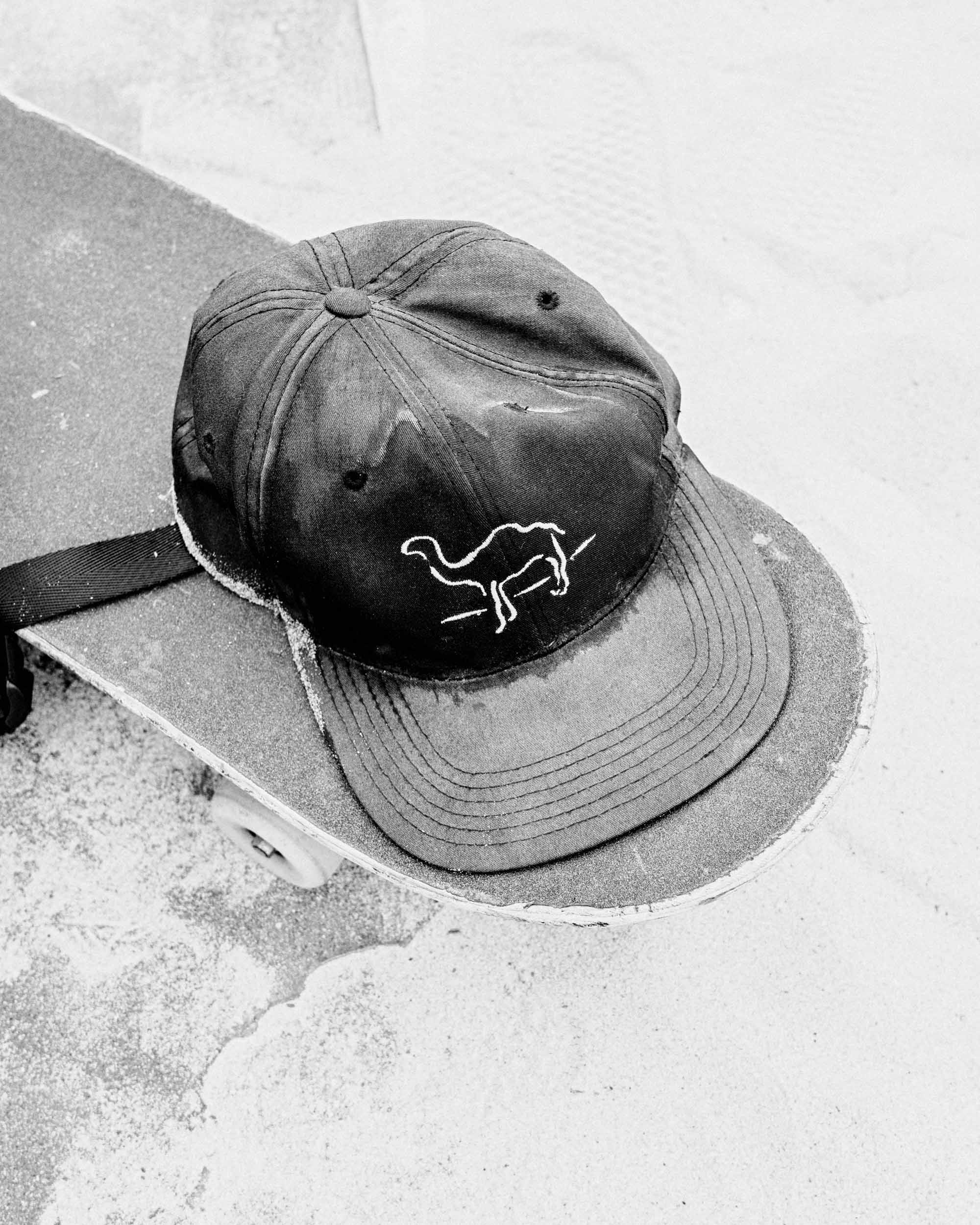 You can donate or learn more about the Dylan Rieder Foundation at DylanRiederFoundation.org and follow their new Instagram @dylan_rieder_foundation. For more information on Former or to see the current collection, visit FormerMerchandise.com.