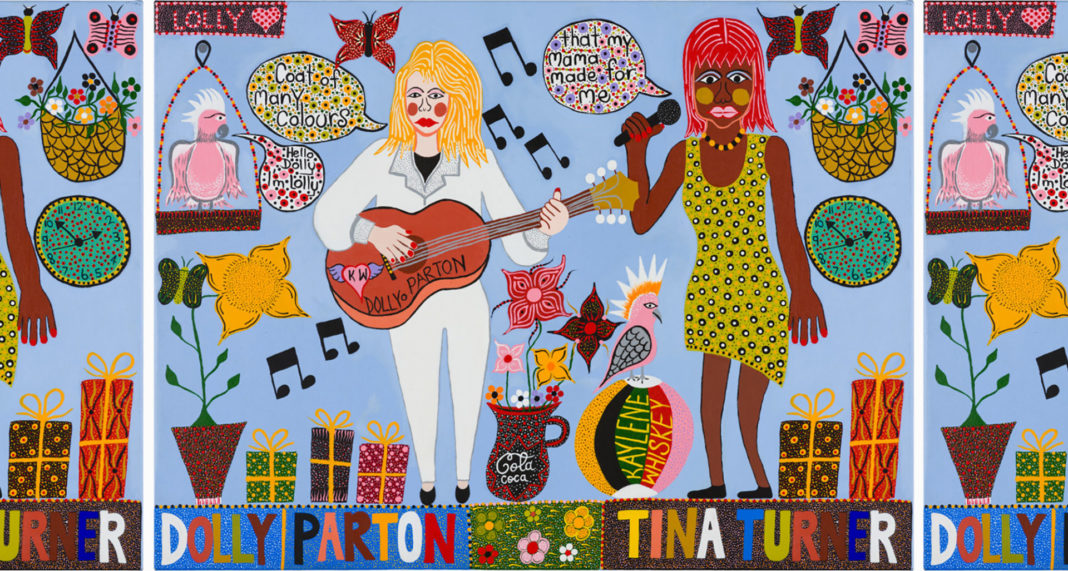 Well, you’ve come to the right place. Here’s my current pick of the crop. Some of them you might have heard of but also some whose name isn’t too familiar yet. All of them are amazing and undoubtedly ones to watch.

Aretha Brown: Aside from being a prolific Australian youth activist, comedian, and the former Prime Minister of the National Indigenous Youth Parliament, Aretha Brown is also a creative powerhouse. Using her art to teach First Nations history, she’s the frontrunner of Kiss My Art Collective a large-scale art group championing diverse artists across Australia with collaborations coming out of her ears. She just opened an Amyl and the Sniffers show in London talking to the crowd about black history, pours all the profits from her clothing collections back into First Nations charities, and is on a mission to get black history taught in schools across Australia. Her art is no less powerful than her activism and is definitely someone to watch in the coming years.

Kaylene Whiskey: You may have heard of Kaylene already, but I wanted to add her to this list just in case you hadn’t. With a long list of exhibitions and awards to her name, Whiskey’s work is the perfect mix of culture, both of the traditional Anangu Pitjantjatjara lands and modern pop. Her work celebrates strong contemporary kungkas (women) figures such as Dolly Parton and Tina Turner, portrayed with humour and richly layered colours against a backdrop of remote Australian landscapes.

Sally Scales: Another Pitjantjatjara artist, Sally is another First Nations artist that is making a name for herself within the Australian art scene. As the director of the APY Art Centre Collective, she plays an integral role in cultural liaison and elder support for other First Nations artists as well as being the winner of this year’s Wynn prize from the Art Gallery of NSW this year herself. In her own words ‘Art is so important to culture, and it’s so important to civilisations as a whole,’ and we couldn’t agree with her more.

Clarise Tunkin: Flying well under the radar despite coming from a lineage of artist greatness, Clarise is our best bet for an artist to keep a close eye on. With two exhibitions under her belt already at the Japingka Gallery, Clarise’s art focuses on the stories of Marlilu, a Pitjantjatjara creational figure set in bold, beautiful arrangements. Still in the early days of her career and life, we think she has a very bright future ahead.

Wayne Quilliam: If you’re into psychedelics then Wayne is your guy. Best known for his photography and filmmaking, Wayne’s work embodies stories of the land, sky and water shared by his ancestors. He has curated and created over 300 exhibitions and been published over 1000 times across various magazines, publications and newspapers.

Melissa Ladkin: Melissa is an Awabakal / Wonnarua / Bundjalung contemporary artist that works specifically with ochre. Her entire process, from the careful collecting of the ochre to the slow blending is an ode to an artist who has been caring for country for her whole life. Her work represents the spirit of the land with the rich culture that it holds.

A post shared by Made with ochre & love (@ochre.earth)