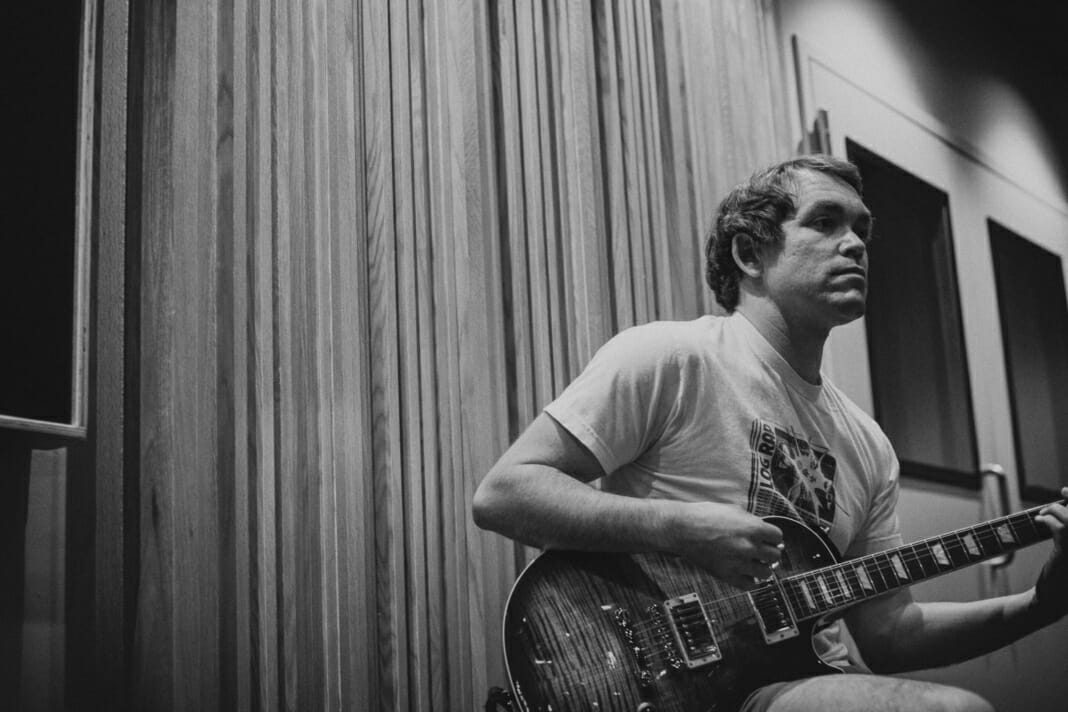 Just like we all shit in (relatively) the same toilet, we all surf the same waves available to us. And that’s how my Craiglist purchase of a delaminated single fin had me surfing the same break day in and day out. Over time, frequent head nods to other surfers become real hello’s, as was the case with guitarist and founding member of the band Deafheaven, Kerry McCoy.

Deafheaven is a band known for its eclectic blend of black metal, shoegaze and post-rock. In 2019, they were nominated for a Grammy under Best Metal Performance, and upon listening to their new record Infinite Granite, it’s easy to hear why. On the way to surf, we hit some LA traffic and I thought I’d pass the time by asking McCoy a few questions. 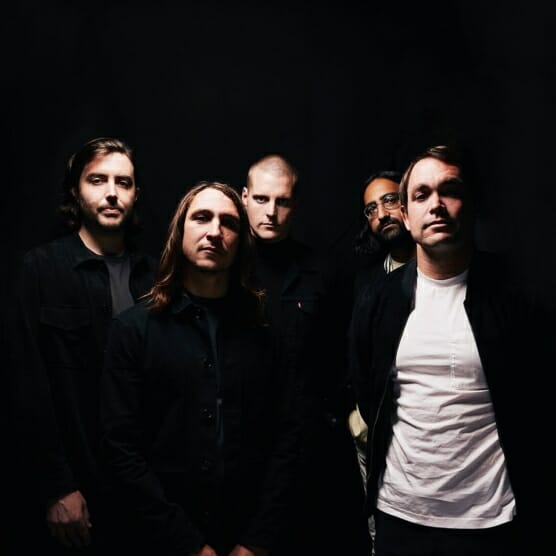 Let’s start off with a cream puff question. Hypothetically, let’s say you come into contact with a surf genie, and he offers you any three surfboards in history on the condition that you dismantle your current quiver. What would you pick?

Damn, that’s a fucking crazy question. Well, I’d definitely get a Campbell Brothers Bumble Bee, like probably around a 5’8” or 5’9” with the wave energy triangle logo. And fuck, if he’ll get me anything, then I’ll probably get some type of dialled-in Pyzel shorty. After that, hmm… I don’t know logs that well, but maybe like a rare G&S from back in the day, something to take to San-O or C-Street to just have fun.

Okay, next hypothetical question: Say Deafheaven signs some type of mega-deal—we’re talking flying around the globe like U2—what would be your ultimate surf tour?

I’d probably start somewhere in Senegal, work all the way up through Morocco, then Portugal and Spain. I’d pretty much go from Senegal to Hossegor, France.

You could even go all the way up to Cornwall and do North Africa to the UK. Play a big gig in London.

What are your top two shoegaze records by artists as of today?

Ooooh, as of today? I mean this is so basic, but for me, it’s Loveless by My Bloody Valentine and Souvlaki by Slowdive, that’s tied with Going Blank Again by Ride.

Do you think your original demo for Deafheaven was one of the first-ever black metal records fully written on an acoustic guitar?

Eh, no. I talked with Stéphane [Paut] from Alcest about this and a lot of their early recordings he did something similar, where he also wrote and recorded with acoustic guitar so it would be better when he added effects to it.

And that predates you?

Oh yeah, when we started the band we thought it would be cool to be an American Alcest.

Did you think the original demo would come out as good as it did?

I don’t know what I thought… We had recorded so much stuff before which didn’t really turn out. When we heard the master for this, George, John, and I were pretty pumped. It felt like it sounded what I had been picturing in my head, but better. I remember being like, ‘huh we might be onto something here!’

I noticed a lot of your tracks are really long. I’m into them. What what was your mindset on creating those?

That’s a leftover influence from when I was in high school and in a bunch of post-rock bands. I loved GSY!BE and A Silver Mt Zion, all that kind of stuff. Mono is a huge influence in the early days of this band. That, combined with a lot of second-wave Norweigian black metal bands and a lot of French bands. An early influence from traditional black metal was the repetitive, trance-like quality. So, we kind of combined those two elements with our own spin by putting tons of riffs in one song and not repeating them too many times. It’s still a struggle for me to write shorter songs. I just want to give each part justice, you know?

What’s some left-field inspiration for you guys?

It’s kind of different for each record. During Sunbather, I was very un-ironically into Third Eye Blind’s first two records. The same goes for the first two Everclear records. But we’re into weird shit in general. I listen to a lot of rap. There’s a lot of stuff like Shiv is into that you’d never hear on our records. He gets super deep in the psych world.

Would you consider this record to be similar or different from some of your others?

Every record of ours is like a time capsule. It really shows who we are as people at that point. This sounds corny, but when we’re writing music, we don’t allow thoughts of what other people think to influence our process. In the space we’re recording, it’s like a sealed bubble. Our manager and agents don’t hear anything when we’re working on new music. In order to keep that bubble sealed, we try to keep its integrity as pure as possible. What winds up happening is that each record is like a little timestamp of who we are musically in the context of Deafheaven at that point in our lives.

Are you making any solo or personal music right now?

I’ll just say this: there is another project besides Deafheaven that I’m working on.