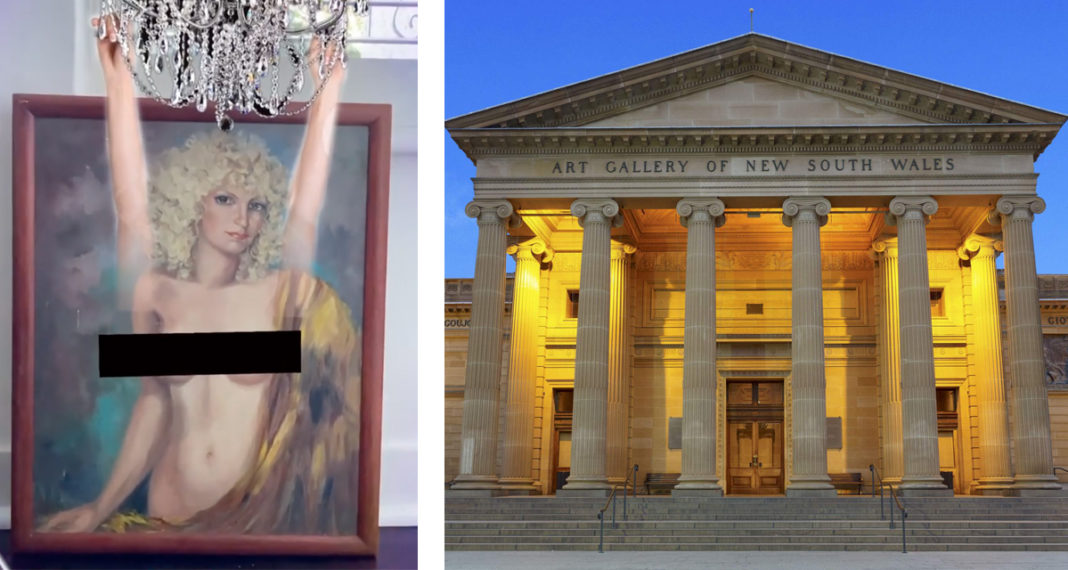 It has been revealed that the artist Contemporaryary has had his submission to this year’s Archibald Prize rejected on ambiguous (and completely unfair) grounds.

The painting, titled Chandelierium, features the pop singer Sia looking exactly like Sia. Nothing new or exciting about that. However, thanks to some technical wizardry, when viewed through a purpose-built iPhone app, Sia appears to be hanging from a chandelier. Brilliant. Unfortunately, the toffs that run the Archibald poo-pooed the entry without saying why. ‘When I first entered the painting,’ wrote Contemporaryary on the popular social media platform Instagram, ‘everybody at the Archibald loved [Chandelierium] and the “cutting edge” idea of my App. I was accepted as a finalist and was looking forward to seeing the public using my App. Then I received an email informing me that my painting of @SIAofficial™ was being removed from the show. I was gutted.’ And who wouldn’t be? Had Chandelierium been accepted into ‘Australia’s most engaging art event’ it would’ve almost certainly won. Monster Children reached out to the Archibald Prize organizers to get some answers, but they weren’t in.