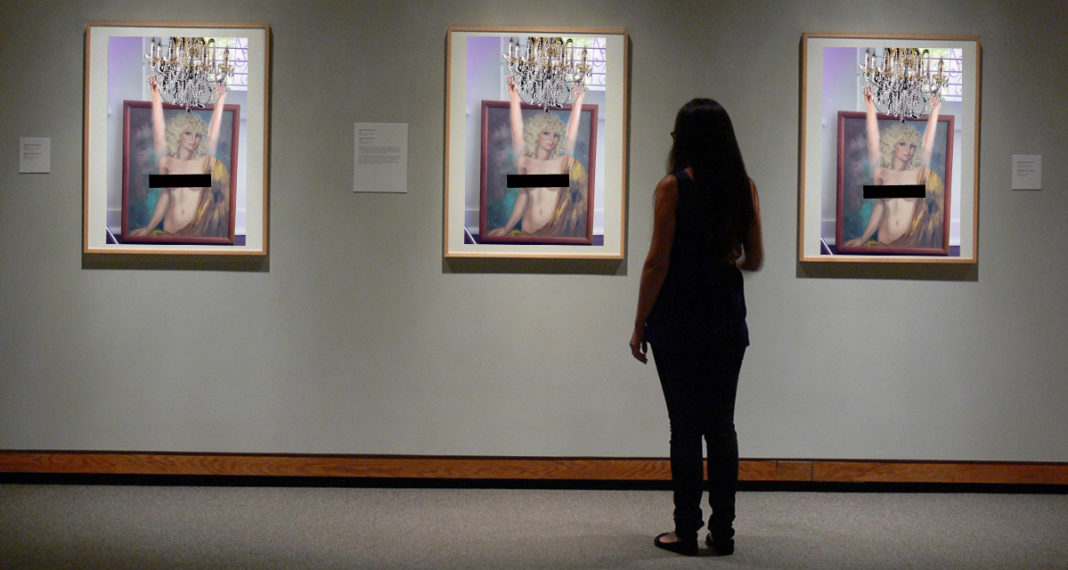 Last week the artist Contemporarary had his interactive painting of Sia rejected by the Archibald Prize.

The pop-star portrait featured a topless Sia who would hang from a chandelier when viewed through a special app made especially for the Archibald entry. An enormous amount of thought and effort went into the piece (not least of all an approximate sitting time of 76 hours for Sia), but, for reasons that remain unclear, the piece was denied entry into the prestigious competition.

Contemporaryary was devastated, of course, but it’ll take more than poo-pooing from a nepotistic cabal of alleged seat-sniffers to keep this art star down: Contemporaryary has released the app for free! It’s called Chandelierium and it allows its user to take any image—painting, photograph, or otherwise—and have it extend its arms skywards and cling tenaciously to an ornate chandelier. Sia herself gave the Chandelierium app the thumbs-up, and in a statement released on the popular social media platform Instagram, Contemporaryary thanked his supporters for seeing him through the Archibald fiasco:

‘Thank you to all the people that have reached out with such kind words about my exclusion from the Archibald prize,’ he wrote. ‘If it were not for your support I think I would have given up on the Chandelierium app idea. SIA has encouraged me to make it available as an Instagram filter so that people can try out the effect if they are visiting the exhibition or just on paintings around their house. I’m proud to say it is now available for you to try for FREE!!!! Just search Chandelierium or Contemporaryary in the filters or I think you can just press the effect if you go to my stories. Try it at home! SIA and I are both very happy with it.’

We reached out to the Archibald organizers for their thoughts on this latest development, but they were busy eating grapes at Woolies without paying.