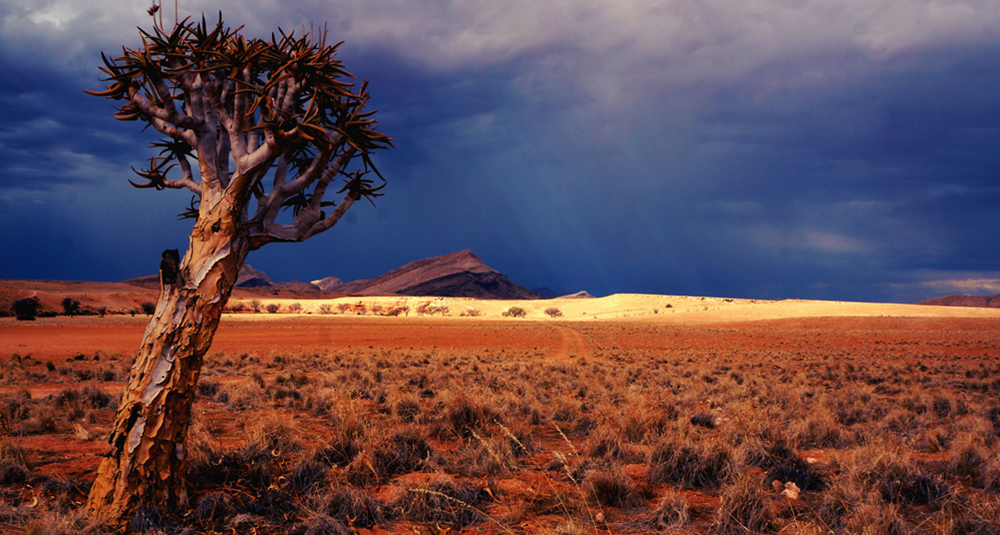 Tim Winton describes writing The Shepherd’s Hut with his “heart in his mouth,” and reading it evokes a similar reaction.

For all the possibilities of the novel there’s always a place for a first-person thriller, and Winton’s no bullshit mastery of place and tempo make for a swift and exhilarating read.

The Shepherd’s Hut tells the story of Jackson ‘Jaxie’ Clackton, a 15-year-old boy from a no hope town in Western Australia. Jaxie’s father, aka ‘Captain Wankbag’, is an abusive, alcoholic butcher who beats Jaxie and his mother, with Jaxie receiving his mother’s share when she dies of cancer. Wankbag meets a fittingly drunken and gory end when his Hilux crushes him as he tries to fix it without an adequate jack—“Being a cheap bastard is what killed him”—and Jaxie fears being blamed for the death, the whole town having stood silently through all his beatings, some of them public, and Wankbag being drinking buddies with the town’s only policeman. He flees north on foot into the north-western Australian wilderness, and so begins a hellish account of survival in the harshest of environments.

You can tell that Winton enjoyed writing in Jaxie’s vernacular. Using a 15-year-old, uneducated—in the traditional sense—narrator allowed him to not only play with Australian colloquialism, but also to toy with political correctness. Adjectives like “gay”, used as a slur, is offensive in the modern day. Nevertheless, it’s how a lot of 15-year-old boys speak. Still. Through the protagonist’s use of language Winton is commenting on not only how we view and treat young males, but also on the complete disparity between urban and rural Australia.

Focussing on the “wrong” things said by a kid like Jaxie, who’s been beaten and demeaned by the institutions that are traditionally supposed to protect him—family, school, the police—would be crazy. Winton knows this and Jaxie’s spin on describing scenes of horror, “The poor old bugger never even saw the kick coming. And I only copped it at the last moment when longhair leant back and chopped him one in the kidney with his gay Adidas trainer,” are deliberately included to make the reader think about how we communicate, or don’t, with young males. “Gay” isn’t homosexual to Jaxie. It means foreign, urban.

Jaxie’s saviour, un-ironically, is exiled Irish priest Fintan Macgillis, living in self-contained solitude on the edge of a salt lake. Winton uses the priest as an instrument to crack Jaxie’s tough stream-of-consciousness shell, forcing him to think about things and further develop his opinions. Clearly a comment on the lack of mentorship in lots of young men’s lives. Fintan’s exile is left ambiguous throughout, one of many layers to the plot that contribute to the novel’s suspenseful crescendo that makes it a page-turner in every sense. The majority of the novel sees the interactions between Fintan and Jaxie, one of the great odd couples, at Fintan’s lodging, the shepherd’s hut. The unanswered questions and back and forth between the characters as they wait for retribution, fair or unfair, at the edge of the great salt lake has shades of Tarantino, with the white noise building to deafening levels. You’ve got to keep reading to make it bearable.

The Shepherd’s Hut is an androcentric novel; Winton’s long been outspoken on the subject. Jaxie fights an internal battle over whether his treatment at the hands of his father is as a result of him being a bad person, and whether the same violence inflicted on him is inevitably a part of his make up. It is through Lee, however (Jaxie’s love interest and the finish line of his journey), that he reveals the most about his character. “I’m sick of getting the piss kicked out of me, tired of cunts looking down their nose like I’m nothing. This is what I got, it’s all I got. It’s better than anything I ever had before and I’m not saying sorry for it and I’m not backing off, not for anybody,” he says of his love for her. Lee is what ultimately makes him different from his father. For all the complexities of testosterone and male-to-male relationships, Winton suggests that it is the treatment of the women in their lives that reveals the most about a man’s character.

While it lacks the beauty and complexity of arguably his greatest work, Cloudstreet, the skill with which Winton seamlessly intertwines his themes into such a riveting thriller is nothing short of masterful. Without losing a yard of pace, he’s able to comment on the loss of traditional, manual skills like hunting—the one thing that keeps Jaxie alive, again, un-ironically taught to him by his father—and as always, Winton’s love for the unique, sprawling West Australian landscape comes through strong. Violent, at times crude, but ultimately a novel about compassion set against the most inhospitable of backdrops.

It’s almost the weekend and there’s not a hint of surf on the east coast of Australia. My advice would be to scoop up The Shepherd’s Hut and enjoy the winter sunshine. Two days is more than enough time to fly through the latest from one of the great living writers.

If bricks and mortar aren’t your deal, then get your hands on The Shepherd’s Hut here.